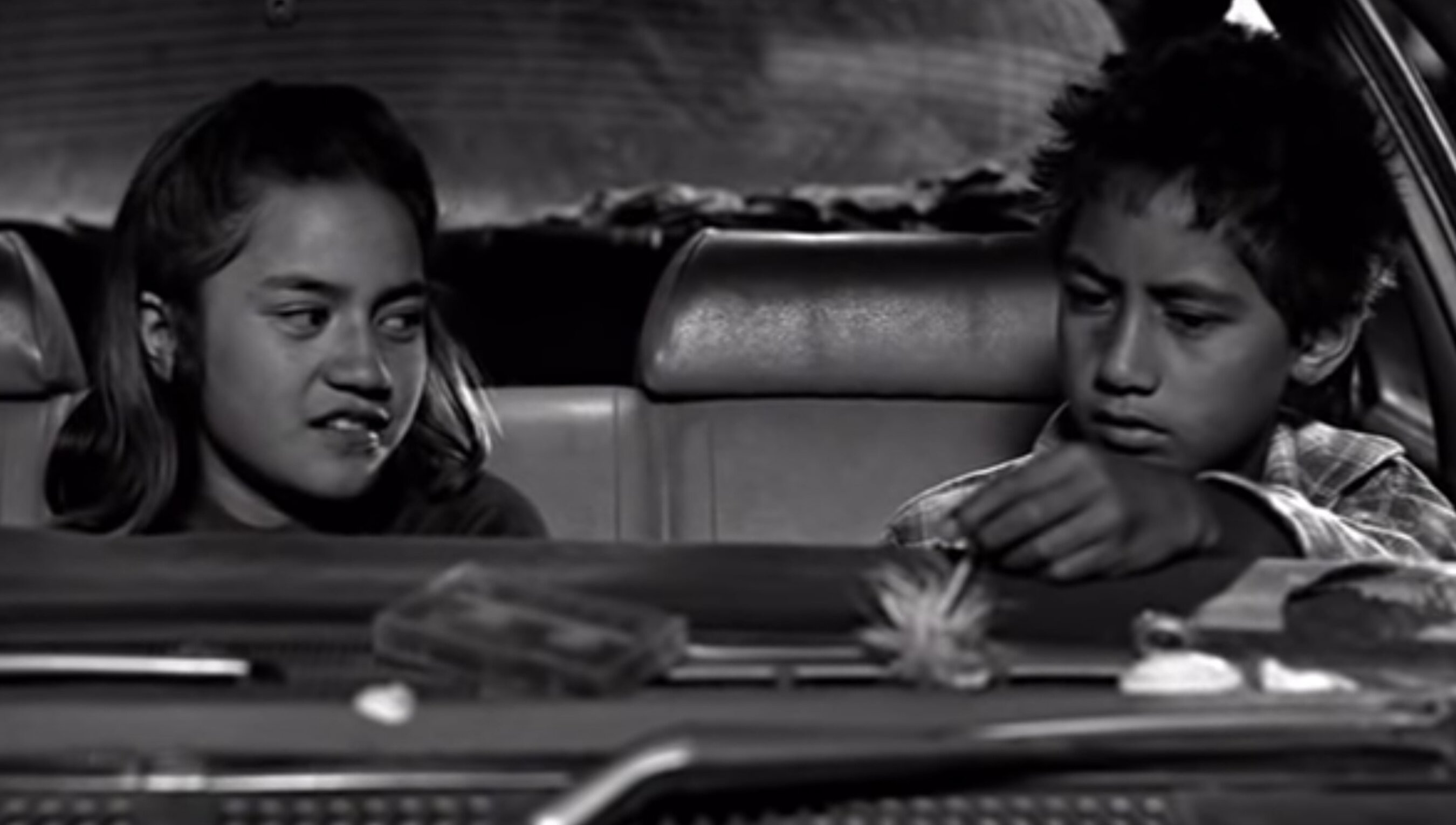 The delights of first love, from pulling funny faces to thrumming heart strings

Tales of first love, new love and rekindled love have really got a hold on us, perhaps because they can elicit the same emotions as the actual experience. The psychological anthropologist Alan Fiske calls this warm, fuzzy feeling ‘kama muta’ – and defines it as being ‘moved by love’ and ‘the momentary emotion that occurs when love ignites’. His team’s research suggests that it’s an emotion that appears across cultures and in numerous contexts. And they’ve found that films are a particularly effective way of prompting the experience.

Two Cars, One Night (2004) by the New Zealand director and actor Taika Waititi is an especially delightful short film of this sort – a story of first love that takes place in the carpark outside a pub in Te Kaha in the North Island of New Zealand, over the course of a long evening. Nine-year-old Romeo and his brother Ed, who seems to be close in age, sit in the front seat of an old car, waiting for their parents to finish their night of drinking. Before long, another car pulls up alongside, the adults exit and head into the pub. Polly, who’s 12, climbs from the back to the front passenger seat and so begins a brief but beautifully rendered burgeoning romance.

The film, which was nominated for an Oscar® in 2005, is rightly celebrated for its funny and charmingly clever dialogue as well as the spirited, authentic performances of the three leads – children from Waititi’s own Te Whānau-ā-Apanui tribe, none of whom had acted before. What gives the love story its full resonance, though, is how Waititi structures the film. The central idea seems to be about the interplay of emotions and the experience of time, and Waititi devises a simple, elegant framework within which the dialogue and performances create a buoyant experience of this little burst of first love.

The way kids deal with a sort of boredom specific to childhood is what sets everything in motion – the games, flights of fancy and bits of role play that can help get through those yawning stretches of time spent waiting for adults. Through a series of scenes, Romeo and Polly close the physical and emotional space between them bit by bit, largely by trying out different roles for themselves and for the other.

Waititi accents the narrative arc of the developing relationship with interstitial sequences that play with temporality in varying ways – timelapses suggest that the kids have been waiting for hours; jump cuts fragment time in an interlude of Polly looking at herself in the rearview mirror; twice Romeo exchanges nods with men passing by, moments that show him taking on a sort of sullen masculine persona, possibly a future version of himself, as well as underscoring the comings and goings that mark waiting outside the pub.

The theme of time echoes through humorous bits of dialogue in which Romeo, always within the flow of the moment, briefly imagines fragments of a future, such as when he says his brother will become a rich, gay lawyer, or when he claims that he’s 16 or will be driving his drunk parents home. It all speaks to a lovely sense of possibility that he feels and a nimble imagination that allows him to enjoy and respond to the present. Polly goes further, not only matching him in wit, but making a different kind of reference to the future with her gift: ‘So you remember me.’ It’s perhaps at that moment that we’re most likely to feel the surge of kama muta, just as Polly and Romeo are in its thrall.

Moving from a present defined by boredom to one tingling with anticipation, Waititi creates an emotional capaciousness that transforms the narrow confines of those hours in the carpark. They become filled with potential. Of course, the film itself condenses that night into 11 minutes, which points to another way of thinking about time. For Polly and Romeo – and for us – this is ultimately a fleeting experience, however intense it might be. Soon enough, it’s in the past, a memory.

Waititi has said that Two Cars, One Night draws on his own childhood experiences of waiting outside pubs for adults, so his decision to shoot in black-and-white and to set the story where he grew up gives the film a distinct nostalgic cast. And while nostalgia is often dismissed as self-indulgent or Pollyannaish, it actually has, as Elizabeth Svoboda writes in Aeon, a powerful connection to how we create our identities and fortify ourselves for the future. It seems, then, that wrapping the in-the-moment thrill and sweetness of first love in gentle nostalgia, Waititi makes his film a gift similar to Polly’s – a brief and incandescent offering whose memory we can meaningfully return to, again and again.

Written and directed by Taika Waititi