is a practising psychoanalyst in west Los Angeles who specialises in treating childhood trauma, addiction and anxiety/depression. He has been published online at the Los Angeles Review of Books and the APA blog site, and has appeared numerous times in the journal Psychoanalysis, Self and Context. He blogs regularly on GoodTherapy.org and Psychology Today.

The question arrived after roughly six months of twice-weekly psychoanalytically informed therapy. Debbie, my bright and endearing 30-something patient, asked me point-blank whether the US rapper Kendrick Lamar did or did not have a romantic interest in her.

I responded with silence, asking myself: Is this a joke?

Either/or questions – binaries, as they are called – are quite often impossible to answer, as life tends to occur in the grey areas rather than the black or white. You might have been confronted with binary yes/no questions in your own life, from a friend, relative or colleague (‘Is mum angry with me – yes or no?’ or ‘Do you think the boss is happy with me – yes or no?’) and wondered how on earth you’re meant to respond in a helpful way; any answer is bound to be met with a ‘Yes but…’ which can then become irksome. I’m a psychoanalyst trained to talk to patients about their thoughts and emotions, but I too find these either/or questions difficult to answer (sometimes to the disappointment of patients). However, reflecting on Debbie’s case has led me to some insights about emotions and the language games we all play, and how the binary question itself is often a sign of underlying anxiety prompting a need for grounding or reassurance.

Here is Debbie’s backstory: Lamar had recently posted on social media about the benefits of sobriety. Debbie, herself clean and sober, ‘liked’ his post and affirmed her own recovery in response. To her amazement, he ‘liked’ her comment. She was even more euphoric when he later posted in support of fans who ‘get high on the music’ rather than substances. How, she asked me, could this not be a covert message or ‘shout-out’ to her? ‘Or,’ she asked, ‘am I crazy?’

I did not think so. I found her intelligent and witty, a creative young woman who had suffered unspeakable verbal abuse and ‘gaslighting’ in childhood, from a narcissistic, sexist father ever reminding her he had hoped for a boy. Her mother accommodated a multigenerational patriarchy, whispering to her daughter: ‘He doesn’t really mean it!’

It was as if Debbie’s existence was unreal in his eyes, and thus also in her own – an invalidation that she had absorbed into her psyche and normalised. When a child’s psychic injuries are disconfirmed in this way, it causes ‘epistemic trauma’, voiding any reliable sense of selfhood or the ability to talk about it.

This instance is extreme, though I think we all do this in one way or another – adopting the belief systems of our early surrounds, especially in regard to how we think and talk about our emotions and their significance (or lack thereof). When early experience is saturated with caregivers’ anxiety or antagonism, the child’s emotionality freezes into stone, under Medusa-like scrutiny.

I intuited that Debbie’s early life experiences had something to do with our current yes/no dilemma. I believe she was hoping for me to affirm her take on the social media experience with Lamar, and in so doing verbally dispel the plaguing self-doubts she had ‘absorbed’ early in life.

When you’re confronted by high-stakes either/or questions posed by people close to you, perhaps they too are seeking something much greater than a literal answer to their question.

As many people do in emotionally charged conversations, Debbie and I were playing very different language games – the philosopher Ludwig Wittgenstein’s term for the role that context plays in our use of words, phrases, and what he called ‘grammar’, which is the meanings of our situated speech. As he put it in Philosophical Investigations (1953), ‘to imagine a language is to imagine a form of life’. Early life experiences, especially if characterised by neglect or abuse, can freeze-dry the language games of emotion. A person’s speech, like their emotion, becomes disembodied, couched in overly simplistic either/or terms as they fear the threat of getting it ‘wrong’ and deviating from a pre-approved script.

I’m interested in the lived histories implied in the music and lyrics of my patients’ language, so I keep an eye (and ear) on how a person speaks and values (or not) their own emotionality. I’ve seen how anxious or depressed patients are often terrified of ‘burdening’ loved ones with their ‘neediness’, which sounds modest to me, but which they see as elephantine.

Debbie seemed destined to fall, in her entrapping yes or no, under language’s ‘bewitchment of our intelligence’, as Wittgenstein put it in Philosophical Investigations when he cautioned against interpreting the meaning of language out of context. I believe Debbie had become alienated from her own emotionality, which she deemed toxic to others, leading her to inflexible language games of shame and self-loathing. She seemed to hope my words, in answer to her question about Lamar, would work like a counterspell to such dark bewitchment, as if ‘replacing’ the hating father now internalised, and freeing her desires locked within.

I often find that what the patient is silently seeking is emotional recognition, valuation or love

I was most interested in what Debbie felt about Lamar, what his attention meant to her subjectively. But her ‘subjectivity’ had been so demeaned that the word meant next to nothing to her, in the coercive foregrounding of others’ needs and perceptions. That’s why it was so important to her to find out what I thought.

I sometimes struggle when a patient asks me to decipher a loved one’s thoughts: ie, ‘Hey Doc, what is my husband/son really thinking?’ But to go in search of what another ‘really thinks’ is futile. I often find that what the patient is silently seeking is emotional recognition, valuation or love: ‘Please tell me I mean something to him/her,’ via a language game of mind-reading forced upon them in early life. Children in alcoholic or misattuned families are often asked to be psychics – another demand to anticipate the needs of others while stifling their own, the latter kept ‘inside’.

We can start to see how Debbie was on the horns of the either/or. This is a game we all occasionally play. Maybe when family members or friends ask you these almost impossible, mind-reading-based questions, there are similar emotional needs and vulnerabilities in their background. Wittgenstein called such a history our ‘inherited background’, so familiar that we overlook it. Or it is painful to see it, to bring traumatic memory to the surface. And as the person having the impossible question posed to them, it’s often difficult to resist the pull to answer ‘correctly’. In Debbie’s case, I was convinced momentarily that I can or should know, like a hovering deity or omniscient ‘good father’ who provides concrete answers.

Of course, in these language games, it is not only the history of the person asking the question that is important. I am fallible here, in being ‘raised’ by a father less interested in his children’s spontaneous truth (threatening to his self-image) than the (literal) parroting of his words. I kept an autocratic script close at hand, lest I speak incorrectly and trigger violence. Today, I find that patients from similar backgrounds to mine can trigger a return of my compulsion to ‘get it right’.

Therapy is an imperfect process, a dialogue with and not at the patient

As a result, I sometimes struggle to keep myself centred in curiosity, rather than comply or rebel against statements such as ‘You’re the expert, can’t you tell me what to do?’ (yes or no?), provoking a fear of disappointing patients or, frankly, looking stupid – as if I might have the psychic powers patients seem to need, a literal caregiver dispelling the old one.

To help Debbie, I was tempted to somehow ‘dispel’ the uncertainty that terrified her. But therapy is an imperfect process, a dialogue with and not at the patient. Done well, it leads them to confidence in the value of their uniqueness, which cannot really be explained (certainly not in a ‘yes or no’ answer), but rather lived and validated via a trusting relationship, which can feel to a new patient like trusting an unseen net, far below the tightrope. A person’s inherent worthiness is empathically confirmed dialogically through a lived relational exchange. Empathy is an organic concept, uniquely codetermined, different in every case.

Eventually, I realised that I had been bewitched into thinking that a ‘yes’ would undoubtedly confirm Debbie’s worth to her, while a ‘no’ was potentially abusive. I had been hypnotised by the either/or, as if I had, or should have, the power to answer from on-high. I’d missed the all-important background context: Debbie was telling me she wanted and needed to be loved – a desire ever thwarted, abandoning her in darkness.

Finally, I told her: ‘I think I understand why you’re asking. It would be amazing if it were “yes”, I know. But I can’t know, because I can’t tell what someone else is thinking. But,’ I added, grinning, ‘I bet it was friggin’ incredible to get that “like” from Lamar. His shit is lit!’

‘Yeah, and he’s super hot!’ she said, as we laughed together. What was suddenly ‘real’ to me here was her joy and spontaneity, and my not ridiculing her wishes as her father would; she was like a young child, playing or co-inventing a game. Her yearning to be seen and desired, via reciprocation or a mutuality long nonexistent, was what lay beneath her yes/no question, with the irony that celebrities on Instagram were safer than her family, who had always darkly betrayed her. Lamar, in other words, would not mock or tear apart her desire to connect; he was distantly safe, but sadly distant – her conundrum in a nutshell.

The next time someone you care about asks you an impossible yes/no question, remember that what they might unknowingly need probably runs deeper than a straight response. It’s far from straightforward, but look beneath the surface and you might be able to provide them the validation and trust they are truly craving; it’s also possible they need to give voice to a lurking fear (of inadequacy, for instance), in seeking an empathic reminder. All of us occasionally encounter the shadow-side of our publicly ‘confident’ or ‘capable’ personas. I cannot count how many patients, outwardly successful in their lives, struggle with this at one point or another.

Alas, this also means that acknowledging my own oversights or misunderstandings is an aspect of ‘modelling’ for patients, even when it makes me uncomfortable (note that therapists too are imperfect!). Eventually, I acknowledged with Debbie my own failure to answer in the way she (thought she) wanted or needed – I’d provided her with a caregiving more symbolic than literal, but emotionally substantive nonetheless. It might not have provided immediate relief, as with an actual caregiver, yet resulted in a gradual acclimation and tolerance of discomfort and risk in the service of growth. Additionally, in helping her articulate her abandonment, terror and disappointment, she found a more solid emotional footing and confidence in her own mind and self-experience, freshly framed and undoubtedly hers.

Therapeutic relationshipsCommunicationPsychoanalysis and the unconscious
30 November 2021 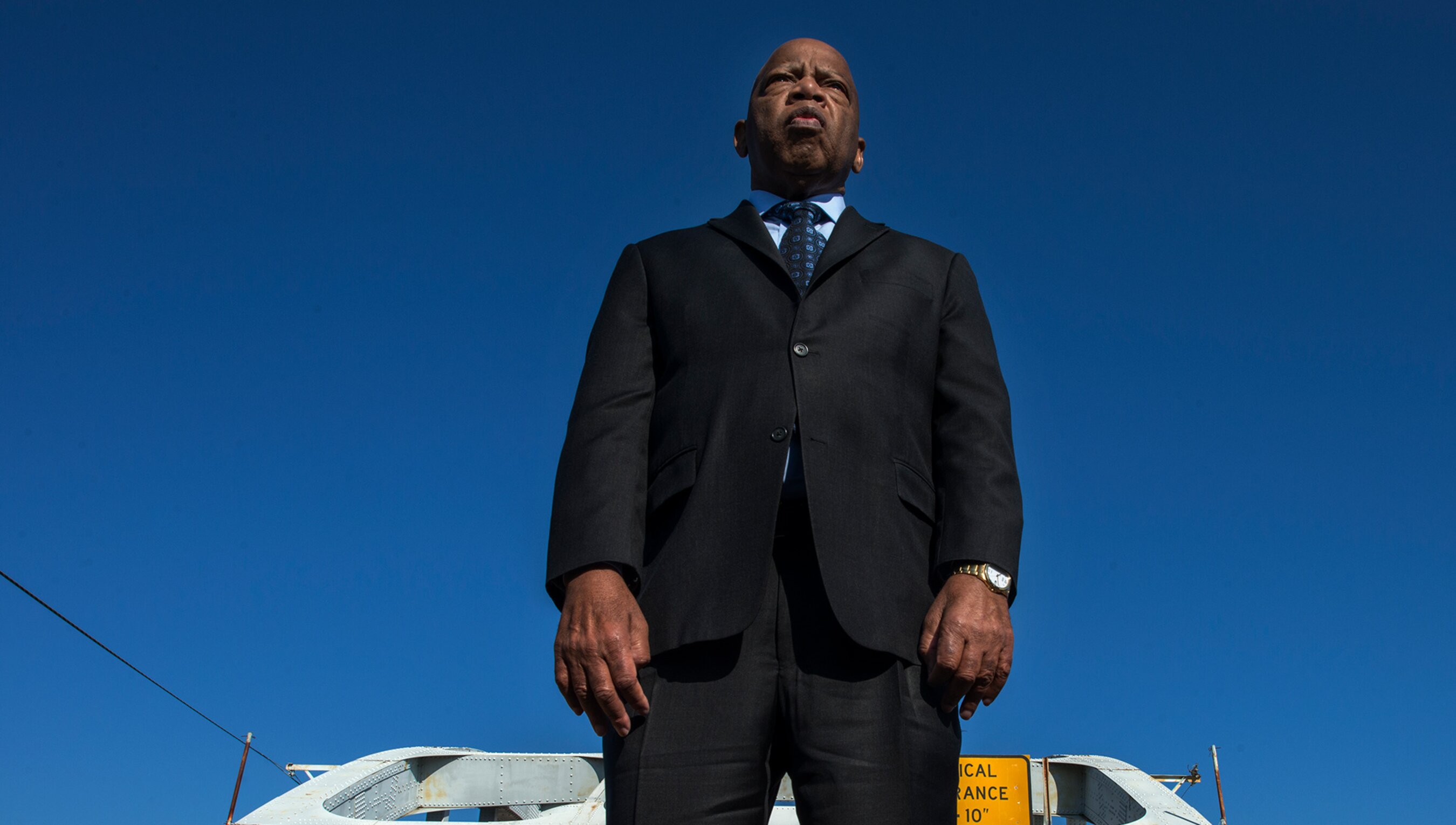 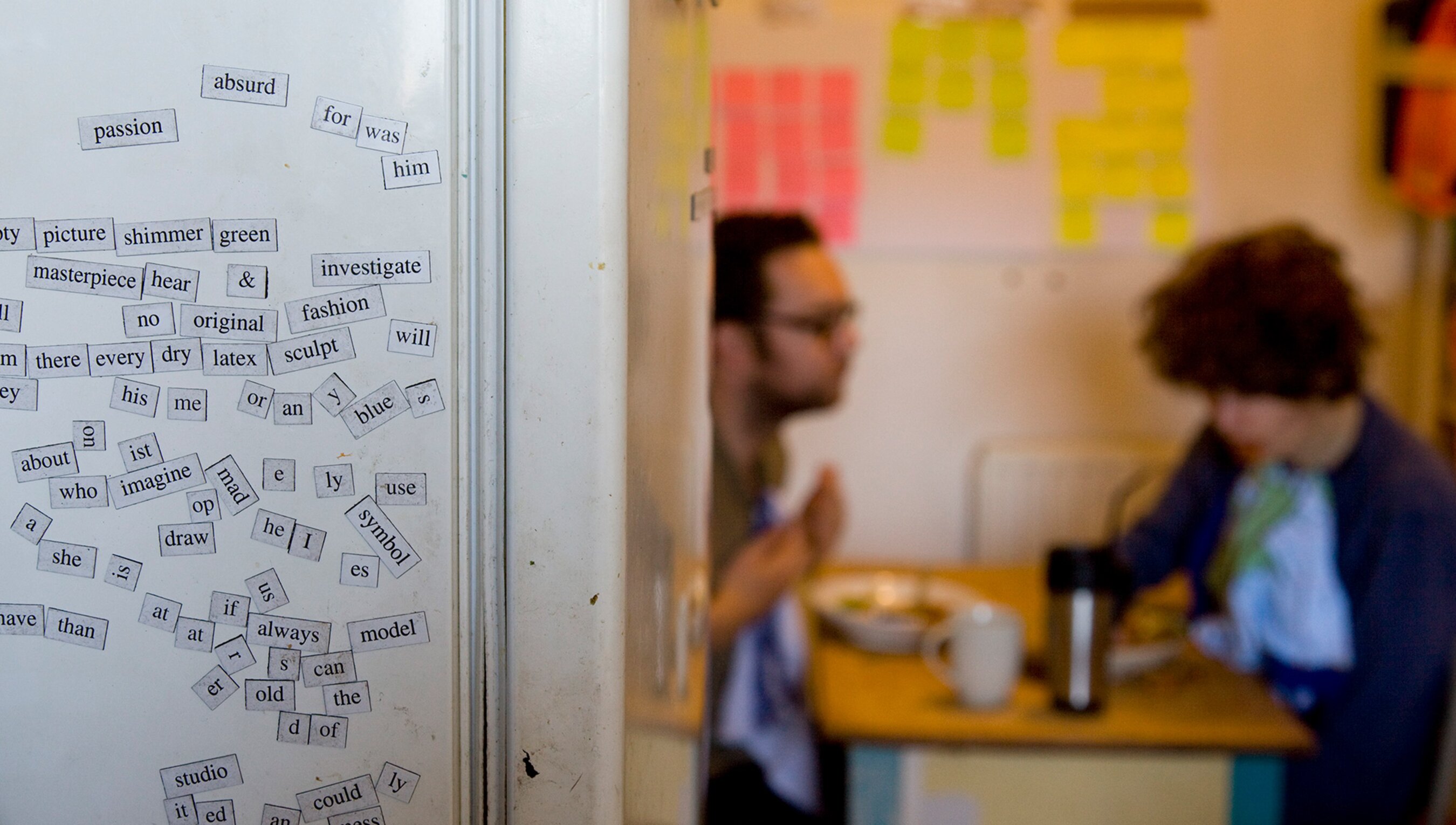