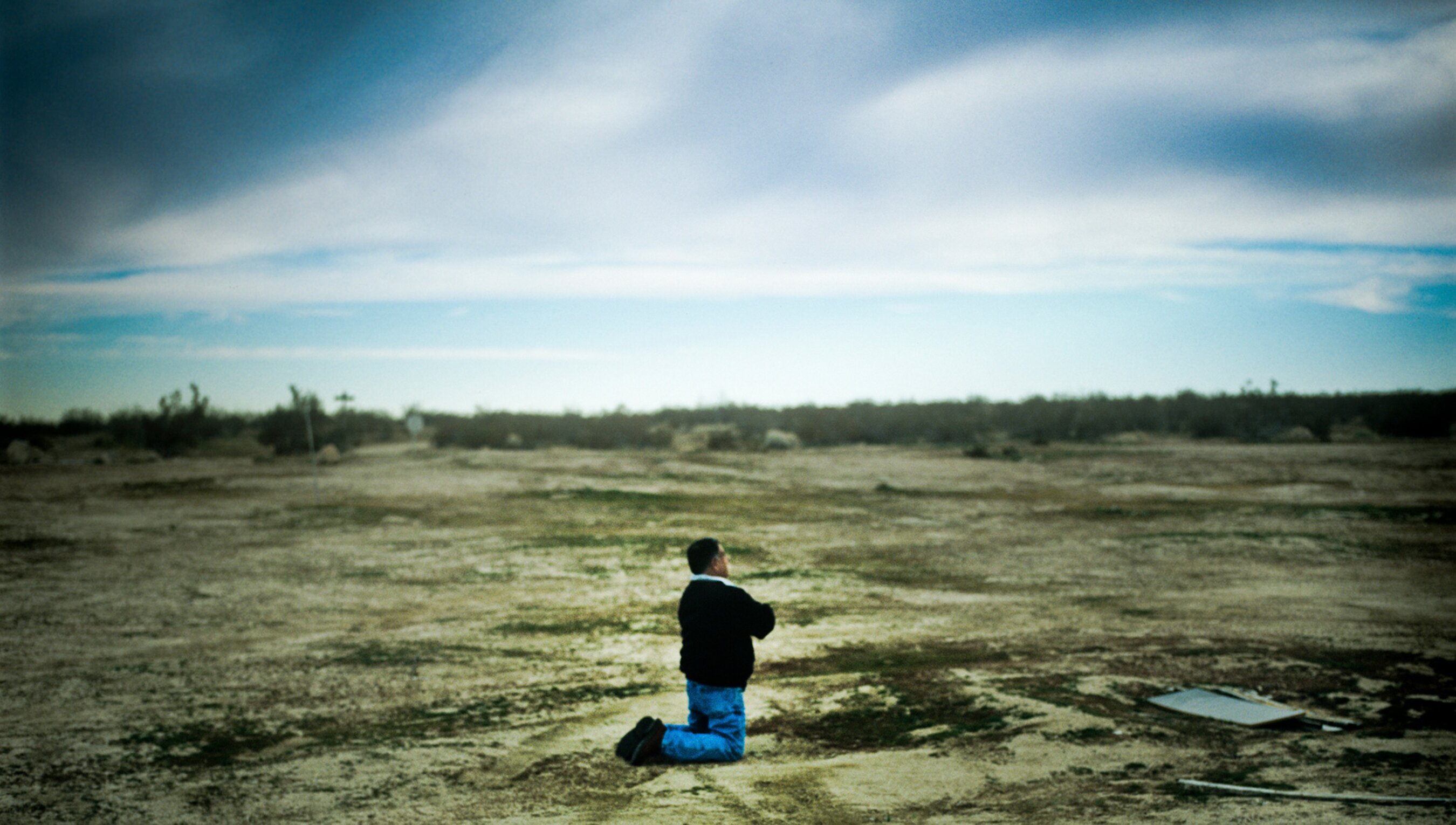 Religion gives life meaning. Can anything else take its place?

is a philosopher and scientist who studies human flourishing. His writing features in Greater Good magazine, and on his blog, The Practical Philosopher.

Theologians sometimes argue that, without the existence of God, life would be meaningless. Some secular people agree. For instance, in his book An Atheist’s Guide to Reality (2011), the philosopher Alex Rosenberg claims that, because the observable physical universe is all that exists, human life is meaningless. Whether you accept this philosophical claim or not, the fact that many people seem to believe that God or other supernatural entities are necessary for life to be meaningful suggests that, psychologically, there is some important connection between religious faith and the sense of meaning in life.

Although psychologists are divided on exactly how to define perceived meaning in life – some suggest it is about making sense of one’s life, others that it’s about seeing value and significance in it – they often assess meaning in life simply by asking how strongly people agree with statements such as: ‘At present, I find my life very meaningful.’ And research has consistently supported the idea that perceived meaning in life is tightly linked with religion. One study from the 1970s found that nuns scored higher on such measures than lay people. More recently, a study published in 2021 found that theists report experiencing more meaning in life than atheists. Numerous other studies have found that religiousness is positively correlated with perceived meaning in life. There is also some experimental evidence that, when presented with a threat to their sense of meaning, people show increased belief in miraculous events – suggesting that they are turning to religion to bolster their perceptions of meaning in life.

Of course, the observation that religion can be a source of existential comfort is not new. Since the 19th century, philosophers (eg, Friedrich Nietzsche), novelists (eg, Fyodor Dostoyevsky) and sociologists (eg, Émile Durkheim) have speculated that societal trends away from religion would lead to a crisis of meaning. Since recent data indicate that people around the world are becoming less religious, it is natural to wonder whether secular society can duplicate the existential benefits of religion. In order to do so, we would need to understand how it is, exactly, that religious faith makes life feel meaningful.

Religious faith helps people to feel that they matter not just to others, but in the grand scheme of things

One possible explanation has to do with the way religion tends to act like social glue, drawing the faithful into likeminded communities. People often find social support and a sense of belonging within such communities, which can be a powerful source of perceived meaning in life. Imagine, for instance, the close personal relationships that someone might find in a Bible study group. Hence, one route from religion to the feeling that life is meaningful could be through this sense that one matters to others. We can call this explanation the ‘social mattering hypothesis’.

Another possibility is that religious faith helps people to feel that they matter not just to others, but in the grand scheme of things. The observable universe is inconceivably vast and ancient: it is approximately 93 billion light-years in diameter and c14 billion years old. Against that backdrop, it’s easy to see why some regard humanity as utterly insignificant. As Stephen Hawking once put it, science tells us that humanity ‘is just a chemical scum on a moderate-size planet, orbiting around a very average star in the outer suburb of one among a hundred billion galaxies’. That’s not a particularly uplifting thought. In fact, in the experiment mentioned above, the ‘threat’ used to reduce participants’ sense of meaning was an essay about the smallness of human life in the vast expanse of time and space.

This is where religion comes in. Ernest Becker, a cultural anthropologist, argued in The Denial of Death (1973) that religious faith buffers people from the conclusion that humanity is cosmically insignificant by connecting us with an infinite being. Many religious traditions come with stories about the origins and purpose of the Universe. Many claim that humanity has some kind of important relationship with a higher power, that our lives are part of a grand plan, or even that the Universe was ‘designed with you in mind’. We find this idea in the Bible:

When I consider your heavens, the work of your fingers, the moon and the stars, which you have set in place, what is mankind that you are mindful of them, human beings that you care for them? You have … crowned them with glory and honour. You made them rulers over the works of your hands; you put everything under their feet.

The author of this psalm seems to suggest that, despite our small size, human beings have special importance because of God’s love for us. It’s easy to see why someone who believed this would perceive their life to have cosmic significance and hence a great deal of meaning. We can call this explanation – the idea that religious faith supports perceived meaning in life by fostering a sense of cosmic significance – the ‘cosmic mattering hypothesis’.

These two candidate explanations were well summarised by Rabbi Harold Kushner. Defending the importance of religion, he wrote:

Religion offers us a cure for the plague of loneliness by bringing us into a community of people with whom we share what is most vital in our lives … [R]eligious faith also satisfies another, even deeper human need – perhaps the most fundamental human need of all. That is the need to know that somehow we matter, that our lives mean something, count as something more than just a momentary blip in the Universe.

To test these hypotheses, I and the psychologists Patty Van Cappellen and Barbara L Fredrickson recently conducted four studies that included more than 3,000 participants from across the United States. We used surveys to assess various aspects of religiousness, including attendance of religious services, private practices (such as prayer), and the self-rated importance of religion in one’s life. We assessed perceived meaning in life using questionnaires that ask how strongly study participants agree or disagree with statements such as ‘My life as a whole has meaning’ and ‘I am able to spend most of my time in meaningful activities and pursuits.’ We also assessed perceptions of social and cosmic mattering using questionnaires that asked participants how strongly they agreed or disagreed with statements such as ‘My life matters to other people’ (social mattering) or ‘My life matters in the grand scheme of the Universe’ (cosmic mattering).

It’s worth reiterating that these studies were conducted in the US, where most religious people are adherents of Abrahamic monotheisms (Judaism, Christianity and Islam). Things might look very different in other cultures. But, if these findings are correct – at least in this Western context, where being religious typically means believing in a creator God – they raise the question of whether secular Western society is in a position to reproduce the existential benefits of religion.

Unfortunately, the data suggest a pessimistic answer. If religiousness were associated with perceived meaning in life primarily because of the social resources that come from religion, then new forms of social organisation could be developed to step in for religious ones. In fact, a number of ‘atheist churches’ have already been established with this goal in mind. Such communities are likely to be very beneficial for their members. Yet our research suggests that these secular substitutes will be less powerful sources of perceived meaning than religious faith because they are unlikely to support perceptions of cosmic significance.

Is it possible to cultivate a sense of cosmic significance without adopting religious beliefs? One might contribute to science (ie, attempt to comprehend the Universe), or work to protect Earth from the climate crisis or other global threats. These are enormously important and good things to do with one’s life. Yet the impacts of such endeavours are confined to the comparatively humble scale of our planet – which, again, is a very small part of the cosmos overall. Moreover, even if one’s efforts were successful, these secular sources of significance are likely to require an enormous amount of hard work, dedication and opportunities that are not available to everyone. Hence, religion might be a unique source of perceived meaning in life.

If you’re not religious, you might side with Karl Marx, who wrote that ‘Religion is the sigh of the oppressed creature, the heart of a heartless world, and the soul of soulless conditions. It is the opium of the people.’ That is, you might think that religion makes life feel meaningful by fostering positive illusions – ie, it’s consoling, but nothing more than a fantasy. On the other hand, if you are religious, you might take this research to demonstrate the importance of faith, the distinctive and perhaps irreplaceable role that it plays in making life worth living.

In any case, one clear implication of this research is that a person’s sense that their life is meaningful depends on their perceptions of their own significance. But a person can be significant in various ways. Hence, those seeking to lead more meaningful lives would do well to seek out ways in which they can matter – whether that means mattering to other individuals, to their communities, or perhaps even in the grand scheme of the Universe.