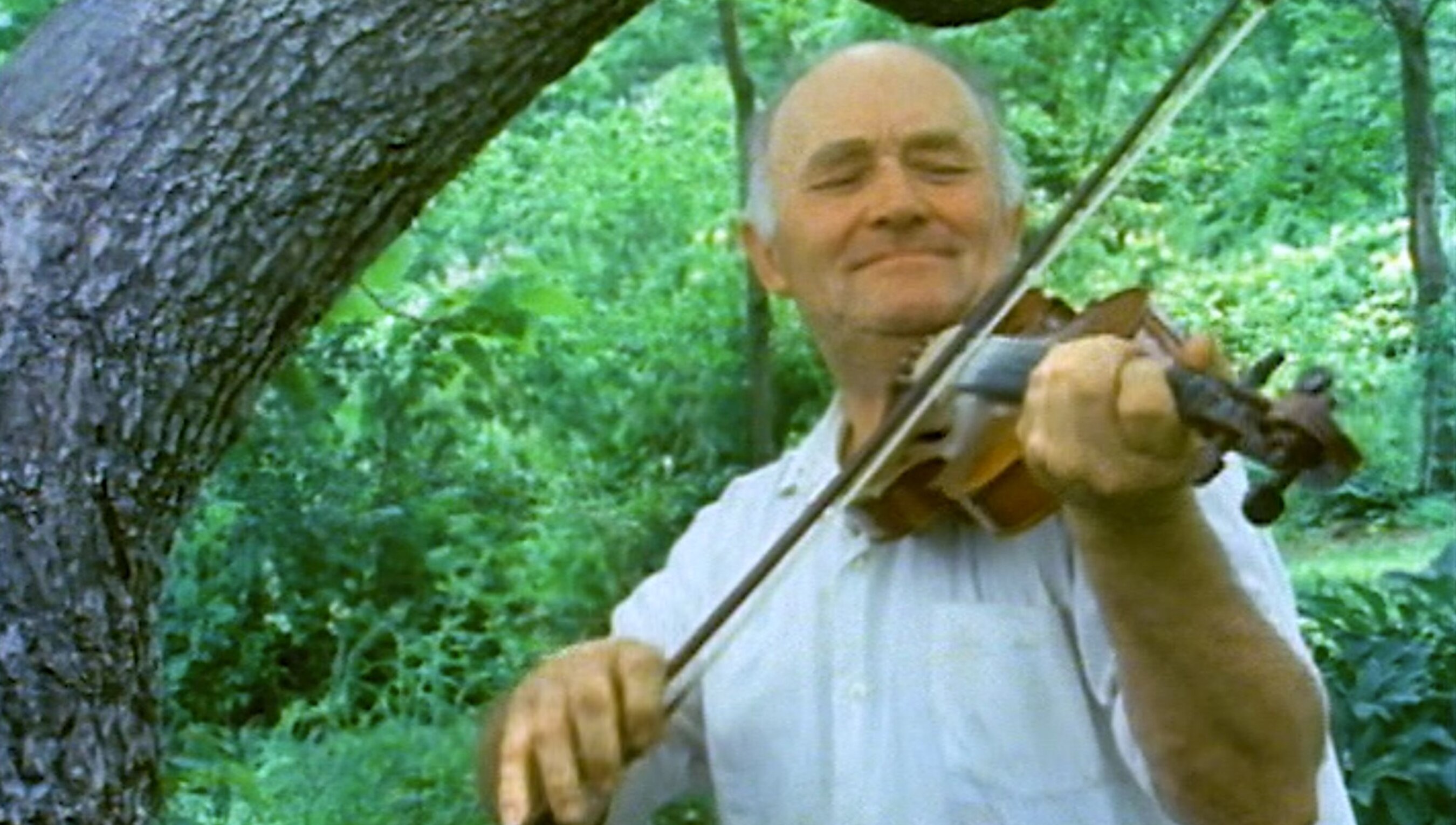 Water from another time

After years of hard work, three elders practise the arts of everyday life

Some people just know how to tell stories. Others muck them up with too much stuff, or too little, or not the right kind.

The first line of narration in the short documentary Water from Another Time (1982) says it plain: ‘This film is about the art of everyday life.’ And it is indeed a warm, charming and folksy exploration of what it means to create art without being a professional.

At the centre of the documentary are three elders of Orange County, Indiana, each of whom has a creative pursuit that figures richly in how they live. Lotus Dickey, 70, plays the violin and sings songs he’s written about his experiences. Elmer Boyd, 80, is a bachelor who has since 1923 kept a journal tracing his days alongside those of his county and country. Lois Doane, 87, is an artist and poet whose works reimagine the life she’s lived. After many years of working hard, all three reside alone in their childhood homes, a choice that reflects their undeniable attachment to the old ways and their engrained habits. But they’re hardly lost in nostalgia or stasis. Rather, they engage in remarkably lively and attentive relationships with themselves through creative practices that make their connection with memories and the past active and generative.

No doubt, the filmmakers Richard Kane and Dillon Bustin, both young men at the time, were enamoured of what these three represented – a way of living that was quickly fading, a connection to histories, experiences and forms of knowledge that were already more fairytale than reality for most of the country. Bustin, who appears in and narrates the film, exudes an eagerness to connect with these elders and to convey to us what makes them remarkable. Having lived in Orange County a few years before, his narration is concise and carefully worded, taking its cues from the frank speech of this older generation.

But there’s something else in the way that he and Kane go about recording and preserving that makes the film especially refreshing – and gives it heft. From the everyday material of paying visits to some old folks to sit awhile and converse, the filmmakers create something wonderfully akin to a folksong or folktale, an uncomplicated form that nevertheless requires sharp storytelling skills. The film – through the pleasing interplay of Bustin’s narration and Kane’s editing – has a flow and authenticity that feel drawn from the very rhythms of the lives it traces. That sort of powerful simplicity takes more than just cleverness or wit. It comes, it seems, from really listening to people, from really observing, from believing that ordinary life is filled with wisdom that we can ‘glean a little here and there’. And the film is an invitation to us to do the same.