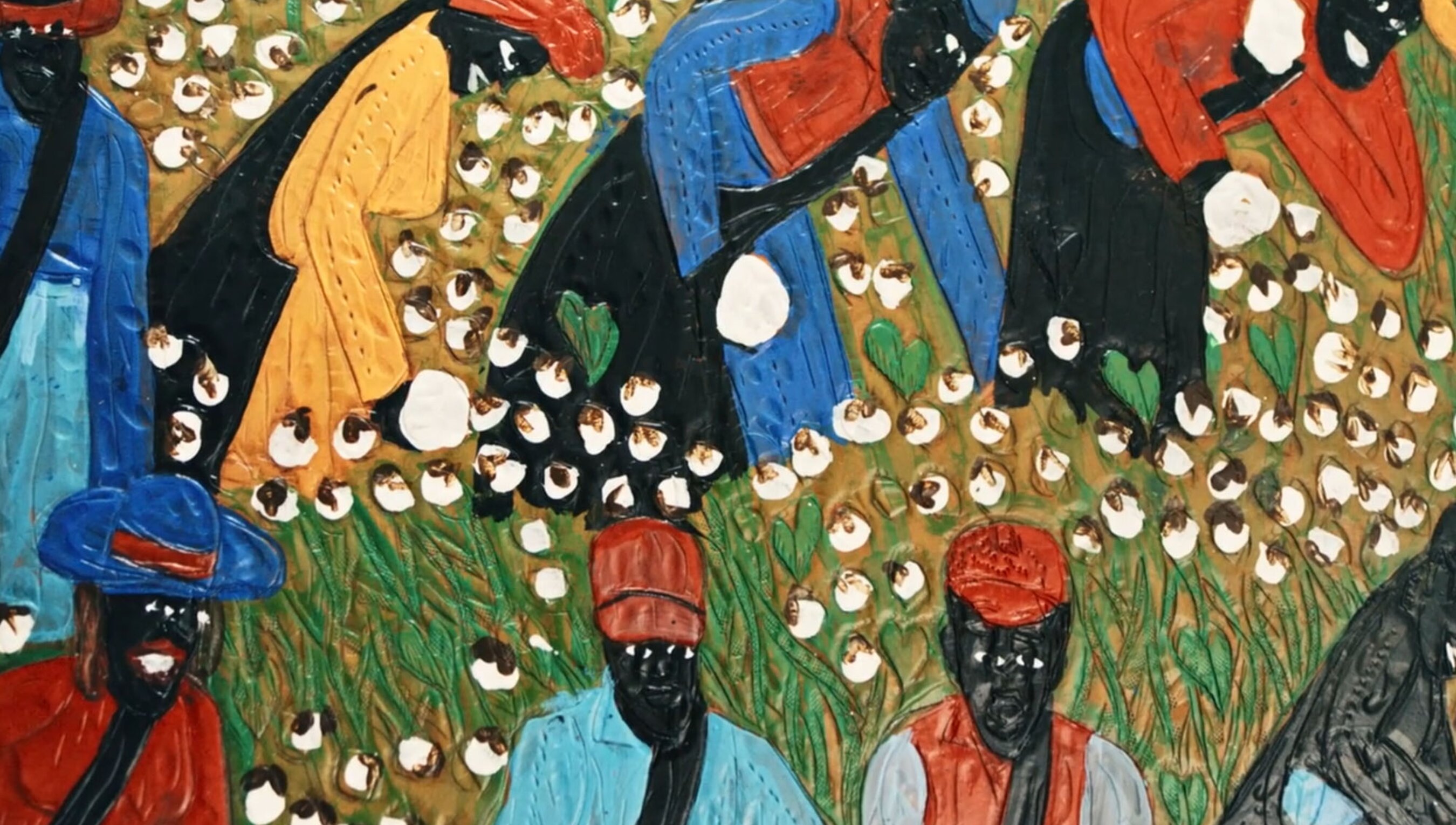 Should art heal the centuries of racial violence and injustice in the US?

‘You don’t survive a lynching. Usually, you lynched, you dead. I just happened to be one man that was saved.’

The artist Winfred Rembert’s mind and body bear the scars of being a Black man in the Jim Crow South. Shirley Jackson Whitaker – a physician, artist and community activist – wants to help heal these kinds of wounds, in individuals and in American society as a whole. Both are from Georgia and now reside in New Haven, Connecticut, making work that grapples with the United States’ legacy of racial and political violence. The short documentary Ashes to Ashes, directed by Taylor Rees and produced by Whitaker, traces how their friendship intertwines with their life stories, exploring their deeply divergent ways of thinking about their respective artistic practices and the role of art in addressing histories of trauma.

Born in 1945, Rembert picked cotton as a child, then joined the civil rights movement at the age of 14. Jailed for more than a year, he eventually managed to escape, only to be turned over to a mob of white vigilantes set on lynching him, betrayed by people he thought he could trust. Though he was cut down from the tree where he’d been hung, the legal system stepped in to further persecute Rembert, and he served seven years on a Georgia chain gang. During that time, he learned leather-tooling from another prisoner, a skill that his wife Patsy encouraged him to embrace fully as an artistic practice. At the age of 51, he did so, beginning a series of stunning, unflinching works that combine carving and painting on leather to tell stories of his life. As Patsy Rembert says, he has a ‘true account of how we lived, how we survived in the South.’

Whitaker studied public health at Yale University before getting her medical degree, and still works as a kidney specialist alongside her art and community work. Her project ‘Ashes to Ashes | Homegoing for the Unburied’ (2018) was a communal performance and a collective rite to provide a funeral service for the enslaved Africans who died during the Middle Passage and for the more than 4,400 Black people lynched in the US between 1877 and 1950. (New research puts the total at nearly 6,500 for the period 1865 and 1950.) For Whitaker, this act is one of remembrance, empathy and hope. A funeral, she says, is to heal the living.

Healing, though, is neither the purpose, nor even a possibility, in how Rembert understands his art. His memory is good and he recalls vividly the violence and injustice he faced, the strength and fight that he had to summon to survive. The terror pursues him into and through his dreams. It makes sleep elusive. Creating his art is a way of telling his story, but it doesn’t bring him peace. It doesn’t ease his pain. If anything, the deep need to do the work, which he describes as putting a dent in history, means returning to everything he has suffered. Rembert’s courage in acknowledging what his art does not afford him is matched by his equally profound perseverance, both of which insist that we not look away from the truth of his story and the history of which it is part.

Whitaker’s deep desire to bring healing through her creative work, then, seems irreconcilably distant from her friend Rembert’s art, however close their subject matter and warm and caring their relationship. But what Ashes to Ashes makes clear is that this tension is not something that needs to be resolved or eased. Rather, it feels not only real, but necessary. There’s a moment in which the two friends sing a few lines from Sam Cooke’s ‘Chain Gang’, which brings tears to Patsy’s eyes as she says: ‘That’s beautiful. That’s beautiful.’ It is indeed, and just as painful for everything it represents in that moment and for the history from which it comes.