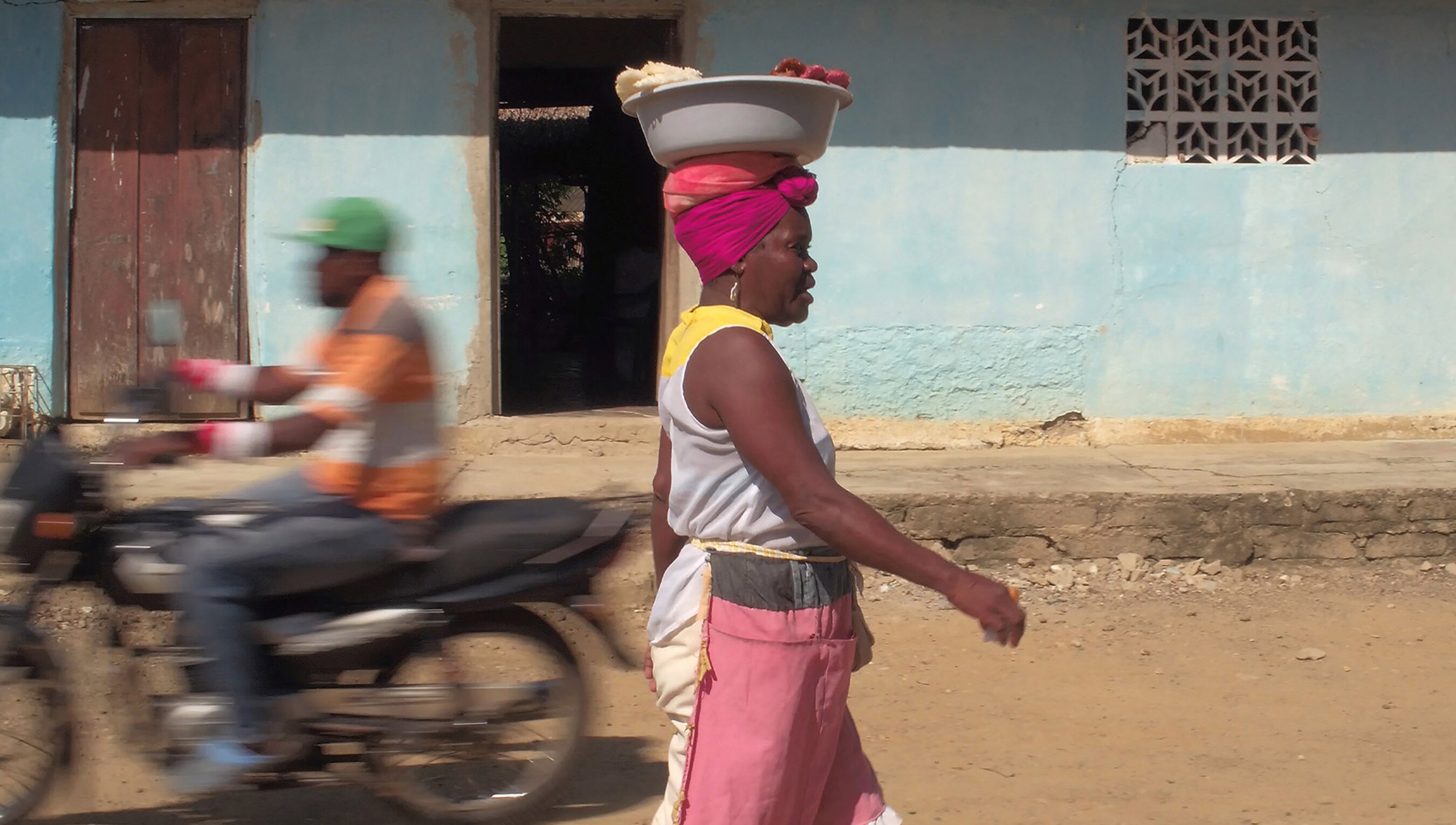 Palenque is a film made from rhythms. Musical rhythms, daily rhythms, visual rhythms. Rhythms of work, of speech and of play. It’s also a film that breaks its own stride, shifts focus and doesn’t explain. Enchanting and challenging, it immerses us in a place and a community unlike any other, San Basilio de Palenque, which sits in the foothills near the port city of Cartagena in Colombia.

The first town of enslaved Africans in the Americas to gain freedom from European colonial powers, San Basilio is also the only surviving palenque (meaning ‘walled city’ or ‘fortress’) – the name given to communities of Africans who escaped slavery in Colombia and lived autonomously, often working to free others who were enslaved. In 2005, UNESCO declared the distinctive cultural space of San Basilio de Palenque a ‘Masterpiece of the Oral and Intangible Heritage of Humanity’. The culture of the town remains deeply connected to its African roots with ‘complex funeral rituals and medical practices … evidence of the distinct spiritual and cultural systems framing life and death in the Palenque community. Musical expressions … accompany collective celebrations, such as baptisms, weddings and religious festivities as well as leisure activities.’

Eschewing this historical background, except for a brief explanatory text at the end of his short documentary, the Colombian filmmaker Sebastián Pinzón Silva offers a sensorial experience of life in this town of 3,000 people, more than three centuries after its first inhabitants won their freedom in 1691. Throughout, the many rhythms of people’s lives weave in and around each other, creating a rich sense of the community’s bonds, without any sort of didacticism or fixity of meaning.

A loosely repeating day-night-day pattern undergirds the film, but it wavers and breaks apart now and then, often for poetic purposes. Similarly, Palenque moves from one town resident to another with a logic that’s more musical than narrative. Of greater importance than understanding who does what, when and why, Pinzón Silva seems to be saying, is to pay attention to something far subtler and more significant, an ineffable spirit of the place. He points to this by creating a complex set of linkages from scene to scene and through repeating motifs. A shot from under a drum looks like the Sun, then gives way to an image of the cloud-streaked Moon. Much later, that drum returns, this time with the Sun rising behind the man playing it. The thumping rhythms of preparing cornmeal follows a sequence with a farmer harvesting corn and precedes another of women pounding clothes on a riverbank. The repetition of the sounds of work pulse through the entire film. So too does song, which, it seems, permeates every aspect of life in San Basilio de Palenque, from walking out to the fields to lamenting the death of a loved one.

Yet Pinzón Silva’s suggestion of a ritualised quality to their everyday life doesn’t box the community into a magic realist fairytale. Rather, the film’s power derives from the way it renders San Basilio de Palenque vivid, solid and palpable, all while offering us a sense of another form of being, one in which these living people are intimately connected with those who came before them. As Burgos, the woman who sells sweets from a tray she carries on her head, says on a stop in the cemetery: ‘This is the olive tree where all the dead in Palenque come to take shade, right at noon.’