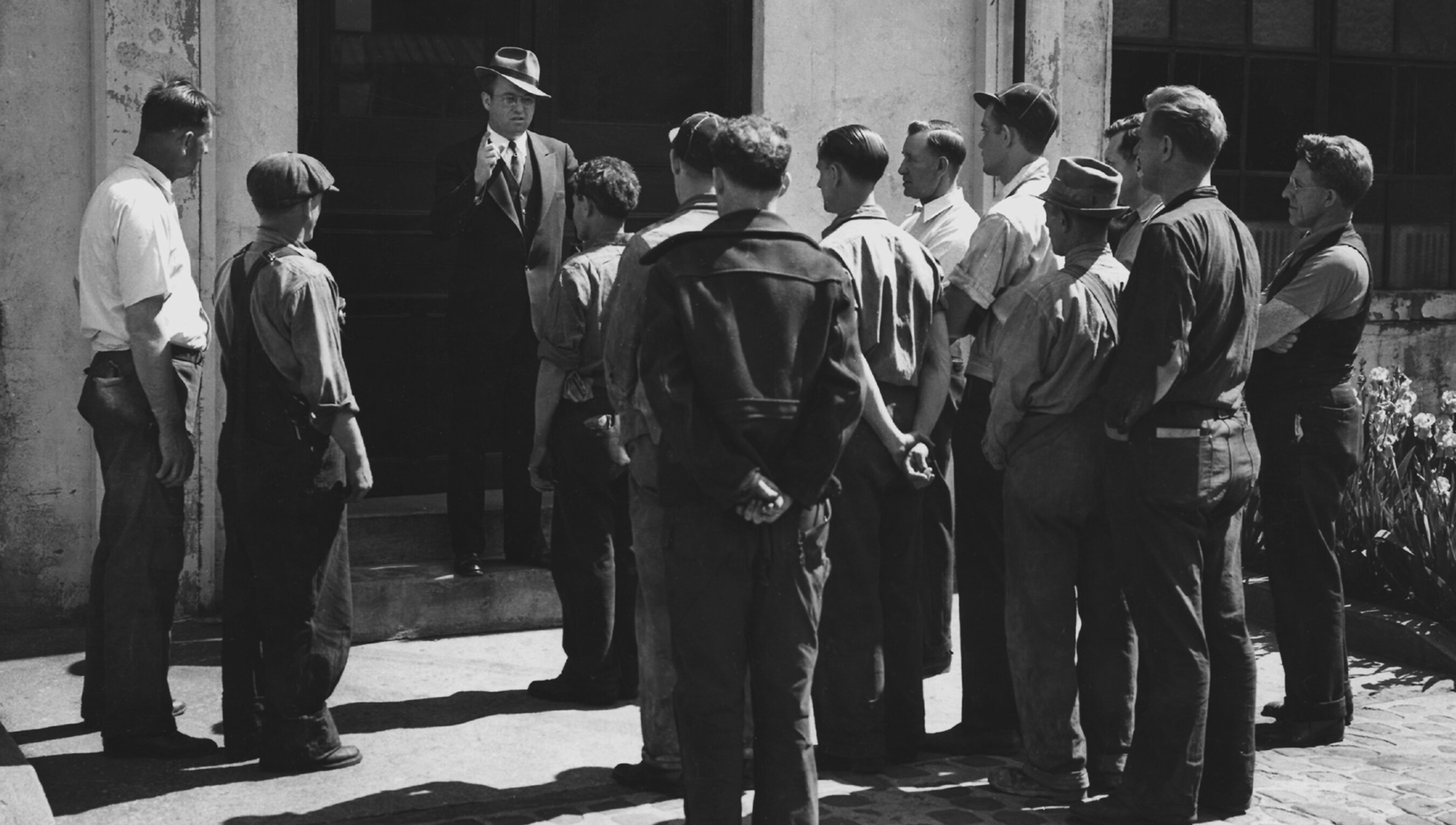 Imagine a workplace where you could actually tell the truth

is a post-doctoral fellow at the New York University Grossman School of Medicine.

is clinical professor in psychiatry at Yale University School of Medicine in New Haven.

In many organisations, it can be difficult to get a straight answer to the most basic questions. How much budget will my department be allocated next year? How do my colleagues perceive me? Why did Person A get promoted and not Person B? Someone might mount a response but, in many cases, we know the answers given are only partial truths. Think of something even more mundane: ‘How are you?’ Virtually no one expects to hear anything but: ‘Good, thanks. And you?’ Withholding information has become the norm. Even when there is no direct question to answer, our interactions are replete with curated comments. The truth can be so hard to come by that many of us believe that our workplaces, and the people we encounter in them, are awash in bullshit.

These general observations become starker when we face how rarely people even think about telling the truth, especially up or down a hierarchy. When people describe their work challenges to us, they often do so by outlining what they believe they can’t possibly say aloud to their bosses or those they report to directly. For instance: ‘I would really like to work from home so I can be there when the kids get off the bus, but if I ask my boss she will likely think of me as a slacker.’ Or: ‘I would like to tell my intern what I really think of her idea but I don’t want to be unkind.’ After a pause, we often suggest to advice-seekers that they say exactly what they just said to us. In other words, share the full scope of their wishes, fears and assumptions with the people they work with. The most common response to this recommendation? ‘You know… that never occurred to me.’ That most people don’t even think about telling the truth, never mind actually following through on it, underscores the extent to which we’ve accepted truth avoidance in our professional lives.

This reality is ironic when we consider how rhetorically committed we are to truth-telling. Pick up any children’s book and you’re likely to find recycled parables about the importance of being honest. Even as we grow up, adages such as ‘Honesty is the best policy’ continue to exert normative sway over our adult lives. So how then can we account for the rarity of truth-telling in a society that ostensibly lauds the truth? From early in our lives, what we see tells us that the truth brings with it risks. We watch our parents skirt the truth when they tell someone that they ‘can’t make it’ to an event when, actually, they simply don’t want to go. As a teenager, telling the truth about smoking a joint with our friends brings even more dire consequences. These widely shared experiences sow the seeds of retreat from telling the truth in the face of adverse consequences.

Republican, Democrat, corporate spokesperson, car salesman, climate activist – all are suspected by someone of not telling the truth

When relationships outside the family become important in adolescence and adulthood, our worry about the value of truth-telling can deepen. For instance, to avoid the true version of why a romantic relationship is ending, we might say: ‘It’s not you, it’s me.’ When we’re taught to ‘negotiate’ in a business context, the lesson always includes not revealing our end goal lest the other takes advantage of us. The risk of rejection, exploitation, embarrassment and hurt is real. Hedging seems to protect us from these real, though often exaggerated, consequences.

Add to all of this the circumstances in the world around us. In many societies, including our own, people are suspected of not telling the truth because of what they look like, where they come from, how they sound or what office they hold. We all carry with us a conception of ‘them’ whom we don’t trust to tell the truth; Republican, Democrat, corporate spokesperson, car salesman, climate activist – all are suspected by someone. The result is that our environment creates a layer of general and, at times, pervasive stereotypes that fuels our fear of telling the truth. These stereotypes are so powerful that they can often dwarf our personal or interpersonal risk assessment, forcing us further into a protective, truth-concealing stance. This is what it means to be mistrustful. Real differences in power, personal and systemic, can make the risks of telling our version of the truth appear insurmountable.

In spite of these powerful forces, people routinely believe that they can bully or implore others into truth-telling. In an old comic, a boss implored his employees: ‘I want everyone to tell me the truth, even if it costs him his job.’ It was the absurdity that made it funny. Today, YouTube posts and TED talks from people in leadership positions suggesting that workers practise ‘radical honesty’ or ‘radical candour’ in the workplace can feel similarly obtuse. Such overtures are based on a well-founded belief that truth-telling can improve information quality and ultimately organisational performance, but the assumption that truth-telling is an individual-level decision that can be morally coaxed is misguided. Rather, the decision to tell the truth relies on people’s assessments of the consequences, behavioural and emotional, of a more truthful interaction.

So what can be done? For starters, organisational leaders can resist calling for heroic individual acts of truth-telling. Asking for people to tell the truth in all cases – even if their job depends on it – denies the very real forces that act on individuals to the contrary. What’s more, these calls pave the way for scapegoating individuals whose failure to tell the truth brings negative consequences.

If no one expects to be told the truth, lies no longer have much operative power – but neither does the truth

In place of such an individually oriented approach, people in leadership should work towards developing a culture within the organisation that supports truth-telling. To do this, we suggest that people take an incremental approach to rediscovering the potential benefits of truth-telling. Since our fears are often real, individuals should seize low-risk opportunities to experiment with truth-telling up and down the hierarchy and pay careful attention to the consequences. If the truth is well-received, the risk tolerance of a workforce will grow. Those in positions of authority will likely need to lead by example in order to encourage such experimentation. They can do so by sharing more rather than less of the truth about how they arrive at difficult decisions.

Our experience is that truth-telling often begets truth-telling. If a worker tells her boss that she needs to leave the Zoom call early to watch her daughter’s softball game (instead of a more ‘professional’ excuse such as ‘another meeting’ or ‘a family emergency’) and it results in: ‘Good for you!’ then it might be possible to incrementally expand the realm of truth-telling possibilities to higher ups. But if her boss rolls his eyes and asks if she can call in from the game, the fears that discouraged truth-telling in the first place could be validated and the relationship might not be hospitable for truth-telling. (The gender of the subordinate was intentionally chosen in this scenario; the risks for women who announce a family commitment that takes them from a work meeting are significantly greater than for men, though both might well feel some risk.) The goal of this incrementalism is to eventually reach a point where truth-telling becomes the default approach, especially in the work context. The more truthful the communication, the more likely high-quality decision-making occurs, and the less likely someone needs to take individual blame for a collective fault.

If we continue to accept, and even expect, that people don’t tell the truth, the effects on our social systems will become increasingly corrosive. We recognise the temptation to make distinctions between small- and large-scale deceptions in response to such a statement. Many believe white lies to be unavoidable and mostly harmless – perhaps even socially lubricating. We resist the instinct to permit certain non-truths and condemn others based on a belief that small acts of truth avoidance can lay the groundwork for large-scale deceptions. The suggestion that ‘this is just how business gets done’ rests on our prior, collective acceptance of non-truth-telling in innumerable other scenarios.

It is worth recalling that lying only ‘works’ – in the sense of going undetected – when people expect to be told the truth. If no one expects to be told the truth, lies no longer have much operative power – but neither does the truth. The two are indistinguishable and nothing can be counted on. Communication, and with it the threads that connect us to each other, simply breaks down. And although small, ‘harmless’ lies seem to be innocuous, they can signal to our children, our colleagues, our bosses and our direct reports that lying is OK. We can see the beginnings of this process in the American political discourse and are witnessing its dangerous effects. We can’t afford to proceed down the same path in broader swaths of our communal life. Within the organisations that we work, we can make a start at reversing course.