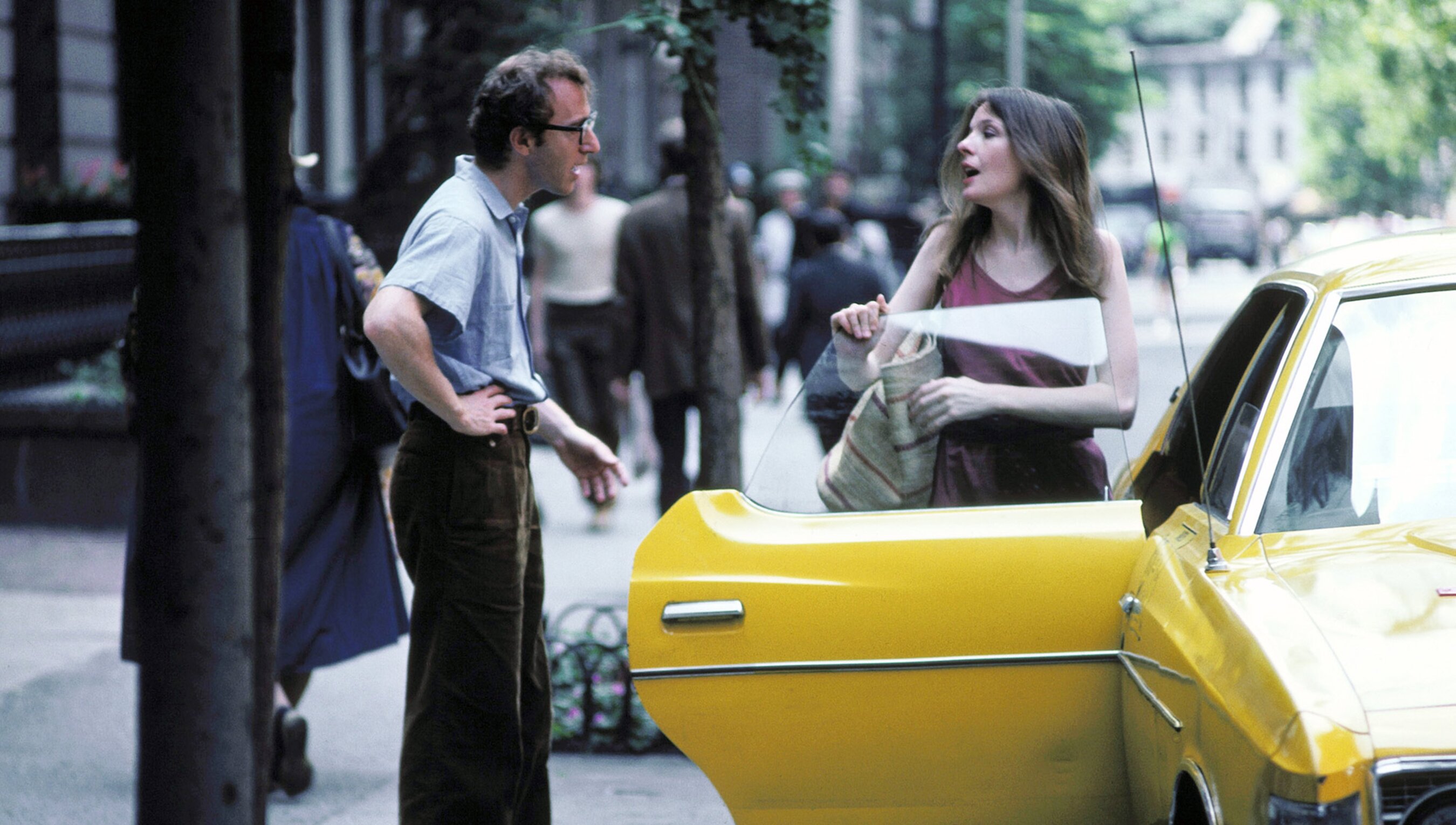 What the new science of narcissism says about narcissists

is professor of behavioural and brain sciences at the University of Georgia. His books include The Narcissism Epidemic (2009) and Personality Psychology: Understanding Yourself and Others (2016), both co-authored with Jean Twenge; When You Love a Man Who Loves Himself (2005); and The New Science of Narcissism (2020), co-authored with Carolyn Crist.

is an independent journalist and part-time journalism professor at the University of Georgia. Her work appears in Reuters, WebMD and Psychology Today, among others, and she is the co-author of The New Science of Narcissism (2020) with W Keith Campbell.

The term ‘narcissism’ has become a household word. We’ve seen this ‘me first’ mentality evolve on social media, and we use the word to describe celebrities, politicians and even some of our coworkers and friends. We commonly say that someone is ‘narcissistic’ to mean they’re selfish, manipulative or driven by ego.

But there’s a difference between everyday selfishness and real narcissism – and there’s a distinction between a normal personality trait and the harmful, rare personality disorder. As the research around narcissism has evolved in recent years, psychologists and psychiatrists have learned more about these differences. For instance, we tend to think of narcissists as brash, flashy people who take over a conversation, but new studies have shown that insecure narcissists exist as well. They’re still self-involved and self-focused but are more hidden from public view.

Let’s start with the most common understanding and move through the latest updates.

When people talk about narcissism in a formal sense, they tend to think about the diagnosable personality disorder – narcissistic personality disorder (NPD) – that indicates someone engages in severe, negative behaviours that affect their own and others’ lives. According to the Diagnostic and Statistical Manual of Mental Disorders (DSM-5), which psychologists and psychiatrists use to delineate between extreme personality disorders, narcissists express a pervasive pattern of self-importance. They have a preoccupation with fantasies of unlimited success or power, a need for admiration, a sense of entitlement, and a lack of empathy, which often results in exploitative behaviour. Someone must meet the majority of the criteria to be diagnosed with the disorder and, in reality, few people have an extreme personality that can be considered ‘impairing’.

We’re not either Mother Teresa or someone with NPD. Most of us fall on a curve in between the two

The tricky part of the DSM-5 and personality disorders, of course, is that people don’t exist in two separate camps of normal or distinctly abnormal personality. Instead, people exhibit a range of personality traits, and certain levels can be classified as higher than average. Once narcissistic tendencies are both elevated and diagnosed as an impairment to life, then they can be included as an aspect of disordered behaviour.

Essentially, we’re not either Mother Teresa or someone with NPD. Most of us fall on a curve in between the two, exhibiting personalities that either have more narcissistic elements or fewer. For most people, narcissistic qualities aren’t considered damaging enough to be diagnosable. In fact, some narcissistic traits might even have positive aspects. With personality, there’s always a trade-off.

This is the type of narcissism that you usually think of first because it’s the type that psychologists studied first and is most commonly associated with the idea of narcissism. These are the charismatic people you’ve encountered while dating or electing politicians. They make interesting characters and have more friends on social media. You notice them more often because they want to be noticed.

Grandiose narcissists tend to exhibit big personalities that make them loud and proud. They’re bold, assertive and have high self-esteem. They dominate relationships with others, overestimate their abilities, and think highly of their appearance. To some extent, this isn’t always a bad thing – they’re confident, focused on achievement, and make strong leaders.

Of course, problems occur when their personality traits negatively affect others, and it’s often magnified when they have power and a megaphone. When grandiose narcissists feel empowered to achieve their goals with no impediment, they might do this at the expense of others. Simply put, they seek status, sex and ‘stuff’ – or leadership roles with lofty titles, trophy spouses and brand-name bling. They love themselves, and they want others to see how great they are, too. Everything and everyone around them serves as an ego boost.

In reality, small traces of grandiose traits can be positive, and our society backs this up. We praise self-esteem, confidence and outgoing personalities. We operate organisations and our political system in a way that encourages leaders to step up, rewarding attractive, articulate speakers with followers and influence. This isn’t necessarily a problem, but it does magnify the value of these personality traits among us.

Think of Tony Stark as Iron Man in the Marvel universe. He’s brilliant, rich, attractive and powerful. He creates innovative products and helps society. At the same time, he’s stubborn, thinks highly of himself and hates to compromise. There are trade-offs with grandiose narcissism.

On the other hand, vulnerable narcissism includes those with more fragile egos. Instead of trying to project it, they want to protect it. These are the hypersensitive people you’ve encountered at work or in social settings who are defensive, vindictive and avoidant when interacting with others. We don’t think of them as often when discussing narcissism because they’re more hidden or ‘covert’.

Vulnerable narcissists tend to be emotionally susceptible, which comes out more often in therapy than the grandiose traits. They’re easily hurt and more likely to be passive aggressive about concerns than their grandiose counterparts. This is the subtle side of narcissism that psychologists and psychiatrists have come to understand more in research studies in recent years. They’ve found that vulnerable narcissists tend to show more neuroticism in their motives and behaviours.

The issue with this type of narcissism is that people often keep their ego threats, or perceived slights from others, to themselves. They might marinate on interactions with others in their mind and build up resentment about how they’ve been unfairly treated or taken for granted, but they don’t confront it. Ultimately, vulnerable narcissism is painful for the individual but not as damaging to society.

Unfortunately, unchecked vulnerable traits can hurt loved ones, too. This type of narcissism can cause neediness and emotionally draining relationships. Unlike grandiose narcissism, which seems exciting and interesting at first and fades over time, vulnerable narcissism is unappealing from the start and creates strained, exhausting interactions with others.

Think about many of Woody Allen’s characters. They often carry insecurity, self-doubt and deep pain. They’re reserved but also fragile and thin-skinned. Although it’s normal – and necessary – to acknowledge wounding and setbacks in life, it’s equally important that these moments don’t define a self-focused ego. Again, trade-offs abound.

So what does all this mean? Psychologists and psychiatrists have put effort into researching and understanding these different aspects of narcissism for the past decade, but why does it matter, and what do we do about it? In a clinical setting, of course, professionals focus on the distinctions to figure out better ways to target therapy and treatment.

At the same time, we can use this new understanding of narcissism to respond to these personality traits in others – and in ourselves. We’re a society obsessed with ‘becoming a better person’, and this gives us a lens to better understand our behaviours and how we can change them, if we wish.

Those who notice grandiose tendencies in their own personality could focus on reducing their antagonistic, selfish and callous behaviours. Empathy and gratitude can go a long way in helping grandiose narcissists use their charming personalities and motivation towards status, sex and ‘stuff’ to help others and benefit society. On the other hand, those who recognise more vulnerable tendencies in themselves could focus on reducing their anxiety and neurotic behaviours. Clear communication and boundaries can help vulnerable narcissists to speak up and express their concerns in a confident, measured way.

To be clear, the purpose isn’t to fix people or force them to fit a certain mould. The value comes in recognising the different ways that narcissistic traits manifest and the trade-offs that can occur on a spectrum of personality. No matter where we fall, we can recognise these characteristics in ourselves, highlighting the benefits and working on the negative aspects that harm our relationships and society.

Researchers are diving deeper right now. The COVID-19 pandemic, which has shifted the way we interact with others, will likely enhance our understanding of how narcissistic motives operate in remote work situations and distanced relationships. Psychologists are developing new models for the light and dark aspects of ego and how narcissism operates in leadership roles, new social media platforms such as TikTok and in alternative reality settings such as video games, roleplaying groups and virtual reality. In the next decade, we’ll know even more about the nuances of narcissism – and how to avoid its darts while gaining from its strengths.