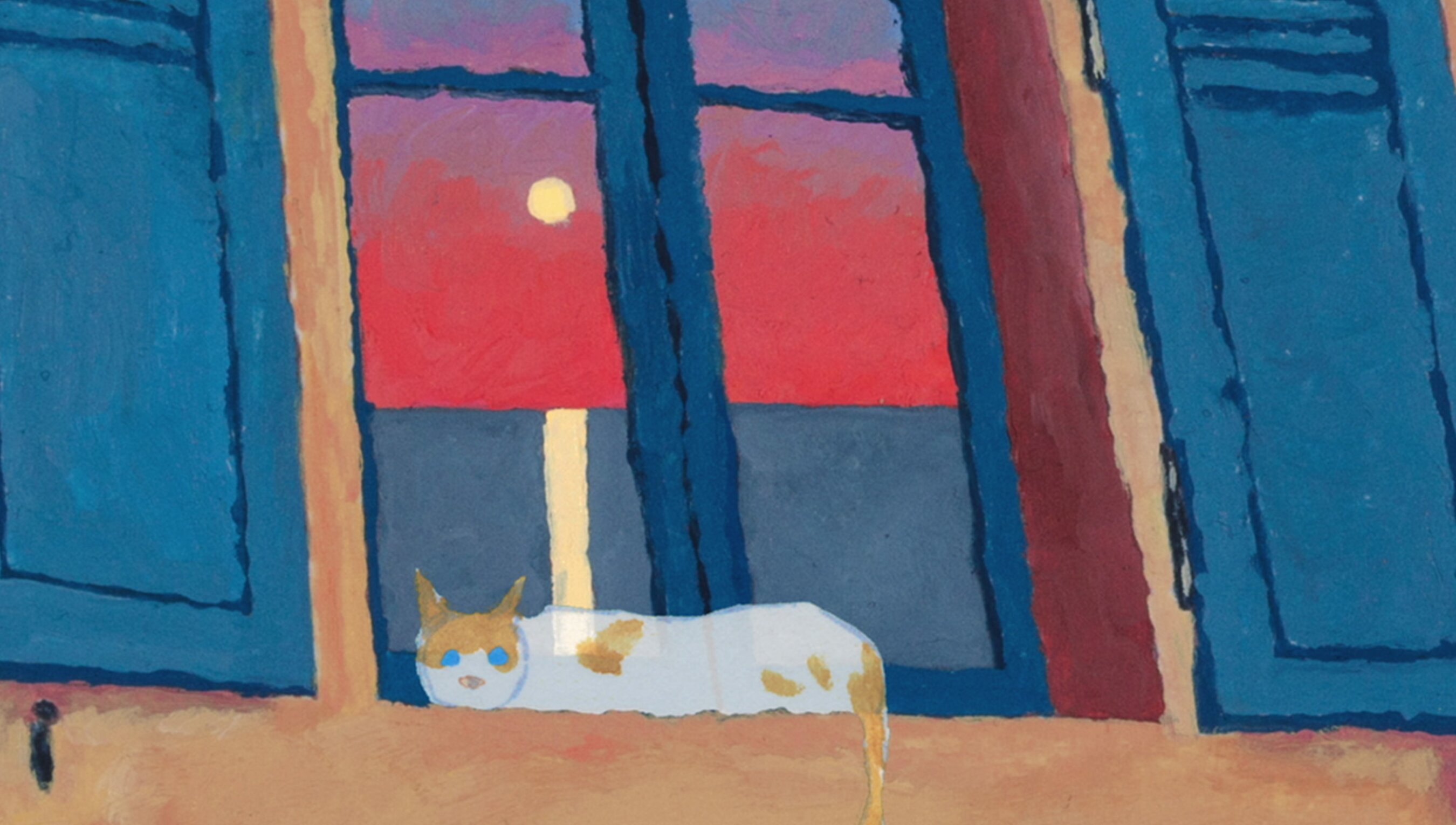 Twilight has strange powers. As the day ebbs away, the magical in-between light can play tricks on our eyes, perhaps summoning forth spirits and ghosts, or just making shadows seem more alive and movement more mysterious. Owls take flight. A murmuration of starlings or a cloud of blackbirds might marble the evening sky with its swirling mass of small bodies. Other creatures emerge or retreat. Children feel the tingling energy of night coming on, an electric mingling of fear and excitement. We might find ourselves swept up in the sweet melancholy of the gloaming. The setting sun makes everything transitional, puts everything in motion. The boundaries between worlds – the seen and the unseen, the real and the unreal, what’s here and what’s far off – become gauzy and permeable.

Passage, a short animation by the French filmmaker Simon Feat, limns twilight’s sensations with a delicate simplicity that renders the quotidian exquisite. The rhythms of terrestrial life – a boat cruising back to port, a cat settling down in the last rays of the sun, shadows creeping across a village, a cicada emerging from its shell – intertwine, pleasantly meandering through the end of a beautiful, unexceptional day. And then, as the sun dips below the horizon and dusk gives way to night, the music shifts and we launch from this planet out into the great beyond.

Finding familiar shapes in the stars has long been a way for us to keep our bearings in the face of the sometimes frightening immensity of the cosmos. In Passage, it is this and something more. The film suggests lovely links between Earthly rhythms and planetary cycles, between animals and the shapes of constellations, but if you watch carefully, there’s a specific thread connecting the Earth to the celestial realm as one small creature transitions from the ephemeral to the eternal. This subtle gesture, in which the animal’s terrestrial life ends with the sun’s setting to be followed by a new life among the stars, is as moving as it is subtle. And this idea of dying as continuation and transformation seems to be at the heart of the very film, the dying day again and again yielding a transition into a vibrant night.