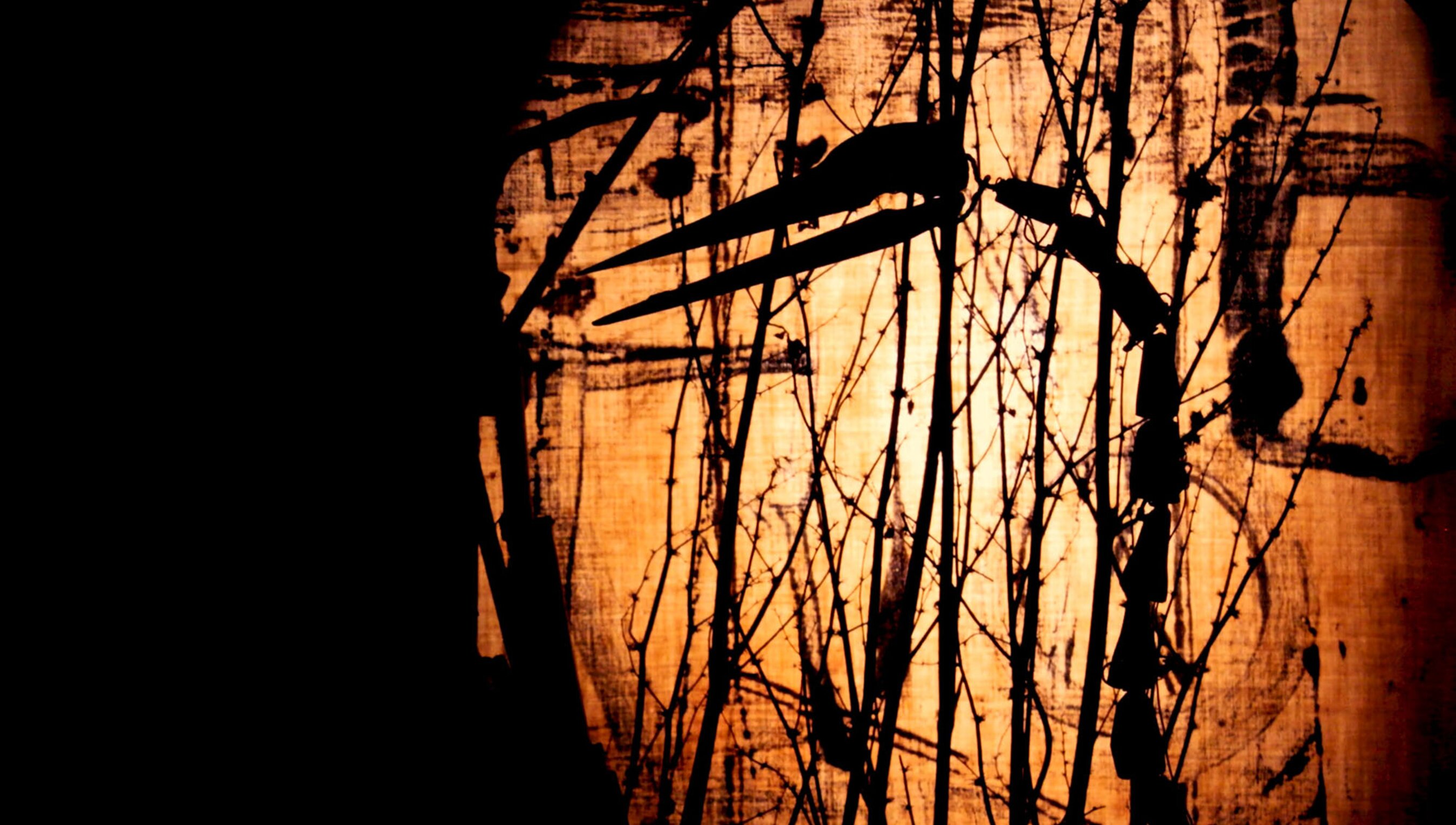 Along the banks of Keith Water, a small river in Scotland that eventually flows into the River Tyne, the textile artist and self-taught stop-motion animator Izzy Gibbs stumbled across a large pile of sticks jumbled together by the current. She was reminded of her childhood, when she and her father, Jonathan Gibbs, would create fantastical creatures from driftwood. This became the inspiration for her stop-motion animation, Keith Water, set to an eponymous guitar composition by her father.

The confluence of the river, the song and the film under the same name reflects the circumstances of Gibbs’s work, which she undertook between April and June 2020, during the COVID-19 lockdown. When she, like so many others of her generation, returned to her childhood home, she found herself with the time to take on a project that she’d long wanted to explore, a film made for this piece of her father’s music. Moreover, she had the kind of time needed for the hours-devouring work of stop-motion. The river itself provided the material and thematic substances for the film, to which Gibbs added a wonderful dash of whimsy.

Creating flowing water from wire mesh, birds and fish from wood, dappling light from table lamps, and the passage of time from still images flitting by in quick succession, Gibbs gives us a tiny world whose artifice is imbued with life. Here by the river, time has a cyclical, repeating quality as fish leap from the water and hungry birds never seem able to catch any. The brownish hues that dominate suggest a gentle, wintry desolation. It is only when spring arrives in a sudden burst of colour – a profusion of real flowers covering Gibbs’s constructed environment – that we begin to sense a movement in time. The slightly melancholic music shifts into a bubblier mood. A bird finally gets a meal.

The bird’s patience and final prize are an apt echo of Gibbs’s own achievement, which emerges from the repetition of recording single frames to derive the desired effects. And the film’s construction from found materials shaped into new forms itself reflects a poetic gathering together of disparate elements – a lovely rendering of a little nook in nature, a creative response to an unexpected change in circumstances, a collaboration between daughter and father, and a celebration of the small wonders that imagination and dedication can bring about.

Models and animation by Izzy Gibbs