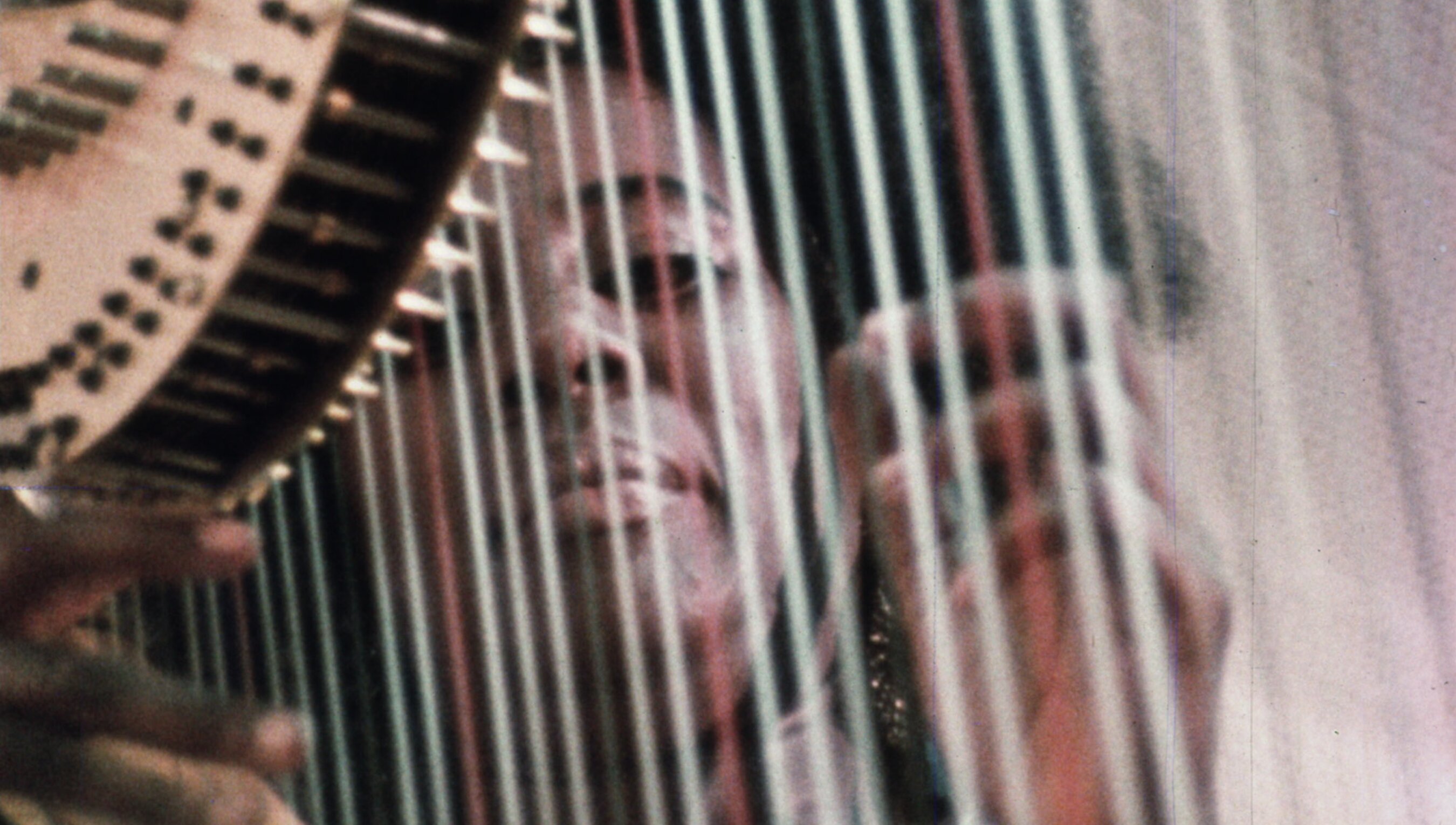 Devotional song – that merging of music with spiritual praise and prayer – was always part of Alice Coltrane’s life. Born Alice McLeod in 1937 in Detroit, her musical education as a child was in her local church. And from 1975 to her death in 2007, she was the spiritual director of an ashram she founded in California, a period in which she created inventive, Vedic-inspired compositions. But five years before moving to California – and three years after the death of her husband, the saxophonist John Coltrane – she was still a professional jazz musician, a mother of four young children and a seeker who, like her husband, found meaning in an array of spiritual traditions without adherence to any single religion. It was at this moment in 1970 that St Clair Bourne, one of several pioneering Black American documentary filmmakers of the era, visited her at home in Long Island for a segment of Black Journal, a radically novel public television news programme ‘about Blacks and for Blacks’, produced by another pioneer, William Greaves.

Music has always been one of the most powerful and immediate means of expressing, exploring and connecting with the profundity of feeling and meaning that emerge from love and loss, suffering and transcendence, experiences that for most of us can be incredibly hard to put into words. Alice Coltrane’s music was intentionally and intensely engaged with this form of expression, but one of the gentle delights of her appearance on Black Journal is the ease and unadorned eloquence with which she speaks about these matters. Whether describing her relationship with John and what it meant to ‘share’ in his music, or her decision to put her children before everything else, or the profoundly challenging, but ultimately enlightening period of meditation she undertook following John’s death, she speaks with a calm clarity that is simultaneously subtle and direct, sure and searching.

It’s perhaps this amalgam of quiet confidence and humility that gives most resonance to her spiritual practice, which comes across as universalist and transcendent, yet grounded in the everyday – a beautifully approachable devotional path. But her music, of course, speaks a visionary language in a different, though related, register. And Bourne makes wonderful use of its ability to sweep us up into a different realm, including two extended sequences, one of Coltrane’s harp-playing, itself something of a revelation within the world of jazz, and the other a concert playing John’s music with some longtime collaborators. In both instances, the music feels like an exultant multiplying of the ideas that Alice Coltrane has been sharing, an expansion from the ordinary to the cosmic in a matter of seconds. And then Bourne brings us back to Earth, allowing this extraordinary woman and artist the space to just be.

Collection of the Smithsonian National Museum of African American History and Culture, Gift of Pearl Bowser