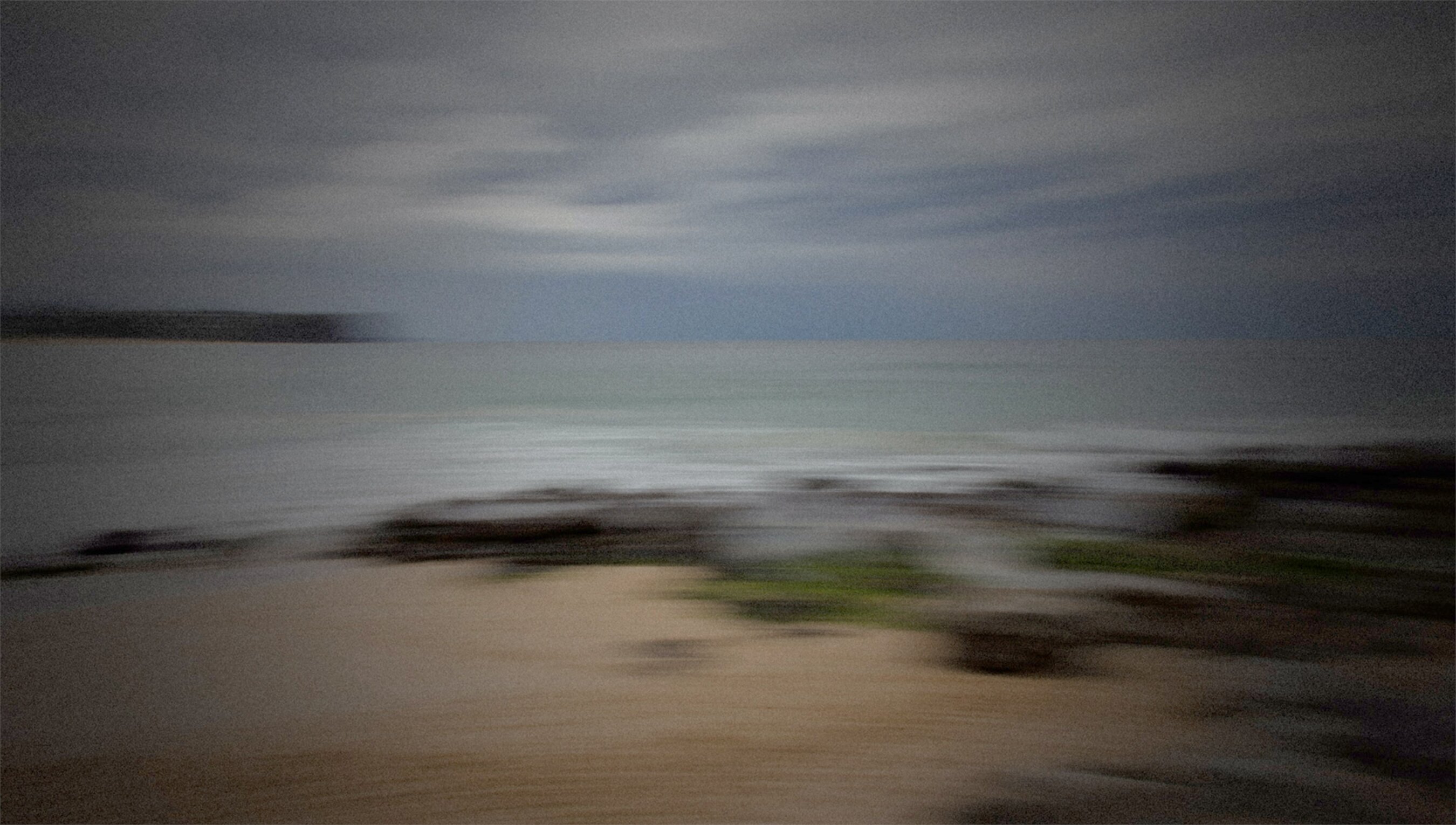 I have no mind’s eye: let me try to describe it for you

is a social worker and telehealth therapist. She has worked as a peer specialist, and is the author of Memories of Psychosis: Poems on the Mental Distress Experience (2019). She is also a professional violinist, violist and songwriter with guitar. She lives in New York.

I have aphantasia, a neurological condition that leaves me with a ‘blind mind’s eye’: the inability to mentally visualise my thoughts. While most people are able to ‘see’ images associated with stories and thoughts when their eyes are closed, I have never had this gift. When I close my eyes, I experience only darkness. I have no sensory experience.

Aphantasia has likely existed throughout our evolution, but it wasn’t documented until 1880, when Francis Galton asked people to imagine a breakfast table and, based on their reports, noted that the vividness of the scene in the mind’s eye occurred on a spectrum. The term ‘aphantasia’ itself was coined only recently, in 2015, by Adam Zenman, professor of cognitive and behavioural neurology at the University of Exeter. In his writings, Zenman explains that voluntary imagery is generated in fronto-parietal and in posterior brain regions, ascribing vividness to biological differences from one person to the next. For most of us, aphantasia is a congenital condition, but others develop it following a brain injury. A study by the psychologists Rebecca Keogh and Joel Pearson at the University of New South Wales in Sydney showed that unaffected persons have more activity in the prefrontal cortex of the brain in comparison to those with aphantasia. The condition is estimated to affect 2 per cent of people.

I found out about my aphantasia while browsing message boards on the Asexuality Visibility Education Network (AVEN). Over the years, I have experienced a lot of confusion about sexuality, given that it’s highly rooted in the capacity to visually summon arousing images in the mind. I disclosed my experience on AVEN, and members started talking about aphantasia. Immediately my difficulty was defined!

Many of us with aphantasia don’t realise that we have this condition. This lack of knowledge is largely rooted in our use of language as a substitute. When told to ‘imagine a beach’, we assume that it merely means to imagine the concept of a beach. When told to ‘count sheep’ while falling asleep, we don’t realise that people can actually see sheep jumping over a fence. Note that most people with aphantasia are still able to dream with visual imagery. Yet I also experience darkness while I sleep. I dream in words, ideas, feelings and verbal knowledge of circumstances.

Once I discovered my aphantasia, I proceeded to tell friends and family about my condition. When I described my darkness, people were utterly shocked. My experience seemed alien to them, and some reported that their capacity for visualising was a big part of their understanding of life. As much as I had no understanding for an active mind’s eye, they had no understanding of my darkness. I felt saddened, because I am essentially missing out on such a basic human experience. It’s like missing a sense, akin to sight or hearing.

Aphantasia presents some difficulties. My ability to recall memories is diminished. I’m unable to visually summon the appearances of people I know and places I’ve been. I forget what my loved ones look like. When I think of this lack, I become scared. I fear that, as I get older, my memories will fade completely, and I’ll be rendered with an informal form of amnesia. It’s vital that I take pictures so that my memory is preserved, and admittedly I don’t do this enough.

Meditation feels pointless, because my lack of mental imagery already gives me a clear mind

I do have some sort of memory though. I remember the ‘auras’ or distinctive quality of places I’ve been in, how I felt when in rooms and while outside. Based on these auras, I then remember physical appearances, which I can verbally describe, despite not being able to see them. With people, I remember their auras and how I felt when socialising with them. If you were to ask me what they looked like, I wouldn’t be able to identify minute details, but I can describe their personalities well.

I’m also unable to do any sort of guided imagery meditation of the sort typically used to help people relax and become mindful. While most people can close their eyes and imagine reassuring scenes such as waves on a beach, I see utterly nothing. I actually become more anxious, because there is nothing reassuring about being in darkness. Meditation feels pointless to me, because my lack of mental imagery already gives me a clear mind.

Even though I write avidly, I struggle with reading books, especially fiction. Much fiction contains florid descriptions of sensory appearances, and my mind is unable to visualise such imagery. I lose track of the story because of these interruptions in the narrative. It’s easier for me to read memoirs, because these are rooted more in personal reflections and emotions that I can relate to. I also like it when a person shares their philosophy on life.

In former years, I had been a classical violist studying at a prestigious conservatory alongside people with immense talent and skill. While I kept up with the programme, I struggled to play the instrument with utmost precision. Much of music-making relies on the capacity for actually hearing music in the mind, which is replicated in the physical execution of playing the instrument. With my lack, I was unable to microscopically control the nuance and expression of my playing. It was also hard for me to understand and apply advice that the teachers provided. This barred me from playing at a highly professional level.

Despite these difficulties, aphantasia presents indirect benefits. I have experienced mental illness conditions for many years, and my aphantasia diminishes various symptoms. I previously had post-traumatic stress disorder (PTSD) due to experiencing emotional abuse from my father as a child. But although I was emotionally shaken, I had no flashbacks or nightmares. My memory of the trauma was rooted in the aura that my father created in the home. But now that I haven’t been around him for more than 20 years, I rarely recall this feeling.

I’m also diagnosed with schizoaffective disorder, due to my past with psychosis and delusions. While I did experience ‘voices’ – trains of thought that identified themselves as outside entities – I never heard them audibly. This made it easier for me to question and discredit their authority.

And I am more of a pensive person. Since I have no sensory mental capacities, ideas and creative inspirations occur to me as vividly as does recollection of the physical and tangible world. I love pondering the meaning of life, and I express myself through writing. Journalling is a lifeline. I have kept journals for more than 20 years, and so my memories are stored in these books. When I go back and read, the past reemerges, and I celebrate how I’ve grown as a person, and how I’ve improved as a writer.

Not many people have written about the strange state of aphantasia. Aside from a handful of scientific studies, an Amazon search yields two books: Aphantasia: Experiences, Perceptions and Insights (2017) by Alan Kendle is a collection of writings from affected people; and Aphantasia: Blind in the Mind (2020) by Jeffrey Lucero is a scientific review and personal account.

YouTube has more material on the condition. There are informative videos and even a TEDx talk by Tamara Alireza. While there’s a lot of positive affirmation that embraces the condition, there are also videos providing advice and meditative music, intended to help overcome the condition. I haven’t been able to find a cure with this material, and this saddens me.

Understanding my aphantasia allows me to devise ways to adjust my perceptions, so that I can compensate for my lack. When faced with visual descriptions of places, for instance, I invoke the sense of auras – essential qualities that I intuit – and I imagine myself walking through spaces defined by those.

As with any sort of neuroatypicality, awareness is needed. With awareness comes understanding and empathy. Yet I believe that aphantasia shouldn’t automatically be construed as a disability or disorder. It’s merely a different way of thinking. It also manifests differently for each person affected. While I recall physical spaces and people according to their auras, this practice wouldn’t work for someone else.

If a cure were possible, I’m not sure I’d take it. The idea of seeing things seems scary, but maybe I would adjust to it? Maybe it would make me smarter? Maybe it would help me understand others more easily, sharing in their perceptions? Maybe I would be more creative? These are questions I might never find the answers to, but I nonetheless persevere every day with my unique experience, and I expect to do so for years to come.