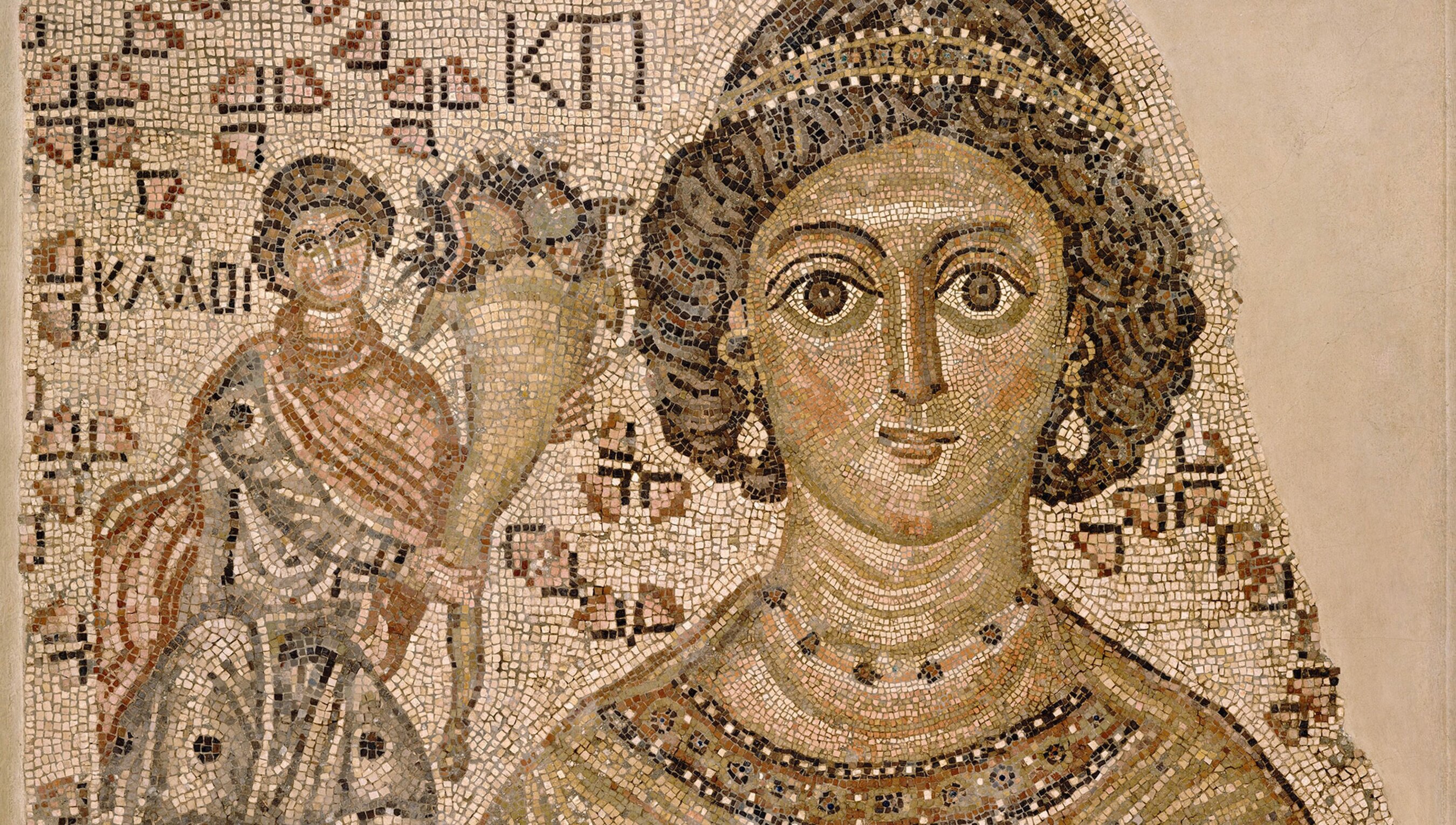 Fragment of a Floor Mosaic with a Personification of Ktisis. 500 - 550 with restoration. Image courtesy the Met Museum, New York.

Fragment of a Floor Mosaic with a Personification of Ktisis. 500 - 550 with restoration. Image courtesy the Met Museum, New York.

is an author, blogger and podcaster, as well as the K D Irani Professor of Philosophy at the City College of New York. His academic work is in evolutionary biology, philosophy of science, the nature of pseudoscience, and practical philosophy. His books include How to Be a Stoic: Using Ancient Philosophy to Live a Modern Life (2017) and Nonsense on Stilts: How to Tell Science from Bunk (2nd ed, 2018). His most recent work is Think Like a Stoic: Ancient Wisdom for Today’s World (2021).

Most recent discussions of Stoicism as a practical philosophy for contemporary living have focused on the work of authors such as Epictetus, Seneca and Marcus Aurelius. But there is a lesser-known Roman Stoic, Gaius Musonius Rufus, whose writings deserve more attention.

Musonius was born in Etruria, north of Rome, c20-30 CE. He became a famous teacher in the time of the emperor Nero, as well as a member of the so-called Stoic opposition, a group of senators and philosophers critical of what they perceived as Nero’s tyranny. As a result, he was sent into exile, twice by Nero, and once more by a later emperor, Vespasian.

Musonius was millennia ahead of society in his defence of gender equality. Here is what he says about women and the ability to think rationally:

Women as well as men … have received from the gods the gift of reason, which we use in our dealings with one another and by which we judge whether a thing is good or bad, right or wrong … Moreover, not men alone, but women too, have a natural inclination toward virtue and the capacity for acquiring it, and it is the nature of women no less than men to be pleased by good and just acts and to reject the opposite of these.

This is rather stunning for someone who was alive in the 1st century of the modern era, but it was actually common opinion among the Stoics (and the Epicureans). Zeno of Citium, the founder of Stoicism, had written that the ideal society will treat men and women in the same fashion (much as Plato had done in his Republic). Epictetus, the slave-turned-teacher who studied with Musonius, criticised his contemporaries for objectifying women and valuing only their physical appearance. And Seneca, the advisor to the emperor Nero, wrote to his mother that he regretted that his father had forbidden her to study philosophy, because women have the same intellectual abilities as men, and it is just as important for them as for men to form an understanding of right and wrong.

Does Stoicism, as a philosophy of life, have the tools to provide us with the ethical guidance we need in the 21st century?

Musonius considers the four cardinal virtues of Stoicism – practical wisdom, courage, justice and temperance – and asks how it is conceivable that a woman could do without them, while they are thought to be necessary for a man. Women, just as much as men, need to understand how to navigate the world successfully, the courage to stand up to bullying, a sense of justice and the ability to act with self-restraint. This is why young girls should be taught philosophy – understood as the study of how to live a life worth living – just as much as boys. Musonius makes this very clear:

If then men and women are born with the same virtues, the same type of training and education must, of necessity, befit both men and women … if it is necessary for both to be proficient in the virtue which is appropriate to a human being, that is for both to be able to have understanding, and self-control, and courage, and justice, the one no less than the other, shall we not teach them both alike the art by which a human being becomes good? Yes, certainly we must do that and nothing else.

All of the above notwithstanding, the ancient Stoics cannot be regarded as feminists in the modern sense of the term. Not only because the label would be obviously anachronistic, but because they were, inevitably, a product of their own times and cultures. (Just as we are, let us not forget!) Musonius, for instance, thought that a woman should occupy herself primarily with the management of the household, while Epictetus referred to the feminine ideals of modesty and decency. Then again, both philosophers also criticised men for thinking that they are, by nature, above ‘womanly’ tasks, or for being immodest themselves.

While the ancient Stoics ought to be commended for being ahead of their time with respect to the treatment of women, a more urgent question is whether modern Stoicism, as a philosophy of life, has the tools to provide us with the ethical guidance we need in the 21st century. According to the scholars Scott Aikin and Emily McGill-Rutherford, the answer is a resounding yes. In a landmark paper in the journal Symposion, they focus on one of the fundamental principles of Stoicism: oikeiosis, or the need to ‘appropriate’ other people’s concerns.

The Stoics had articulated a remarkably modern theory of what we would today regard as developmental moral psychology. They thought that human beings are naturally good, as the philosopher Philippa Foot has also argued (along with some evolutionary biologists). In modern terms, we would say that Homo sapiens evolved as a prosocial, cooperative species. Such basic goodness is, however, insufficient to deal with the complexities of ancient Greco-Roman or 21st-century societies. We need to use another of our natural gifts, reason, to understand that other people – no matter where they are in the world – are just like us, sharing many of our same needs, wants, fears and hopes. This idea is the basis of the Stoic notion of cosmopolitanism, the attitude that we should regard every other human being as our brother or sister (or other gender).

Modern Stoicism is not the passive life philosophy of enduring whatever life throws at you with equanimity. That is a caricature

According to Aikin and McGill-Rutherford, oikeiosis and cosmopolitanism logically entail feminism as understood in modern times. Since women, regardless of where they happen to find themselves on the planet, are human beings endowed with reason, then it necessarily follows, within the Stoic framework, that they ought to be treated on equal terms with men: with compassion, respect and justice.

This, however, is still not enough to get us from a personal attitude of fairness toward women to political activism in support of a 21st-century feminist agenda. Indeed, some modern critics of Stoicism insist that the philosophy is quietist when it comes to social issues, because it focuses on what the individual can and should endure, not on effecting systemic changes. Much of Stoic training, after all, is specifically geared toward not reacting to events, maintaining a calm inner state in the face of externalities. This too, say Aikin and McGill-Rutherford, is a misconception. In their paper, they write:

Epictetus prepares to go to the baths by readying himself for the rude and raucous behaviour of others. When he goes and is splashed or has someone act inappropriately around him, he must understand that he signed up for the whole experience. And so he is ready to endure what must be endured. But this is not an endorsement of the rude or raucous behaviour.

Precisely. There is no contradiction between aiming at political change and at the same time bracing oneself for the reality on the ground. Doing the latter without the former would be quietist and self-centred. But doing the former without the latter would be foolish and self-destructive. Which is why one of the most useful tenets of Stoicism is what is often called the dichotomy of control, a notion made explicit by Epictetus: some things are up to us, while others are not. A good life results from trying to change for the better what is up to us, while developing an attitude of equanimity toward the things that are not up to us.

Let us take a specific example from contemporary political debate. Should a Stoic support the notion of equal pay for equal work between men and women? Absolutely, as not doing so would violate the principle of oikeiosis. But we also need to recognise that equal pay is not yet an acknowledged standard in a number of countries around the world. And even where it is enshrined in the law, as is the case in both the European Union and the United States, this doesn’t necessarily mean that women are actually treated accordingly. In fact, often they are not.

So we deal with the world as it is, not as we would wish it to be. But we constantly strive to make it a better place for everyone. Modern Stoicism is not the passive life philosophy of enduring whatever life throws at you with equanimity. That is a caricature. It is a philosophy that recognises both the limitations on our capacity to change the world and the possibility of making some change. Striving to find the sweet spot between endurance of the world as it is and the drive to improve things without battering your head against an immovable wall is the essence of Stoicism. What is genuinely surprising is the degree to which thinkers such as Musonius Rufus laid the foundations for radical egalitarianism 2,000 years ago. We should recognise these Stoics as at least protofeminists, and build on their insights.