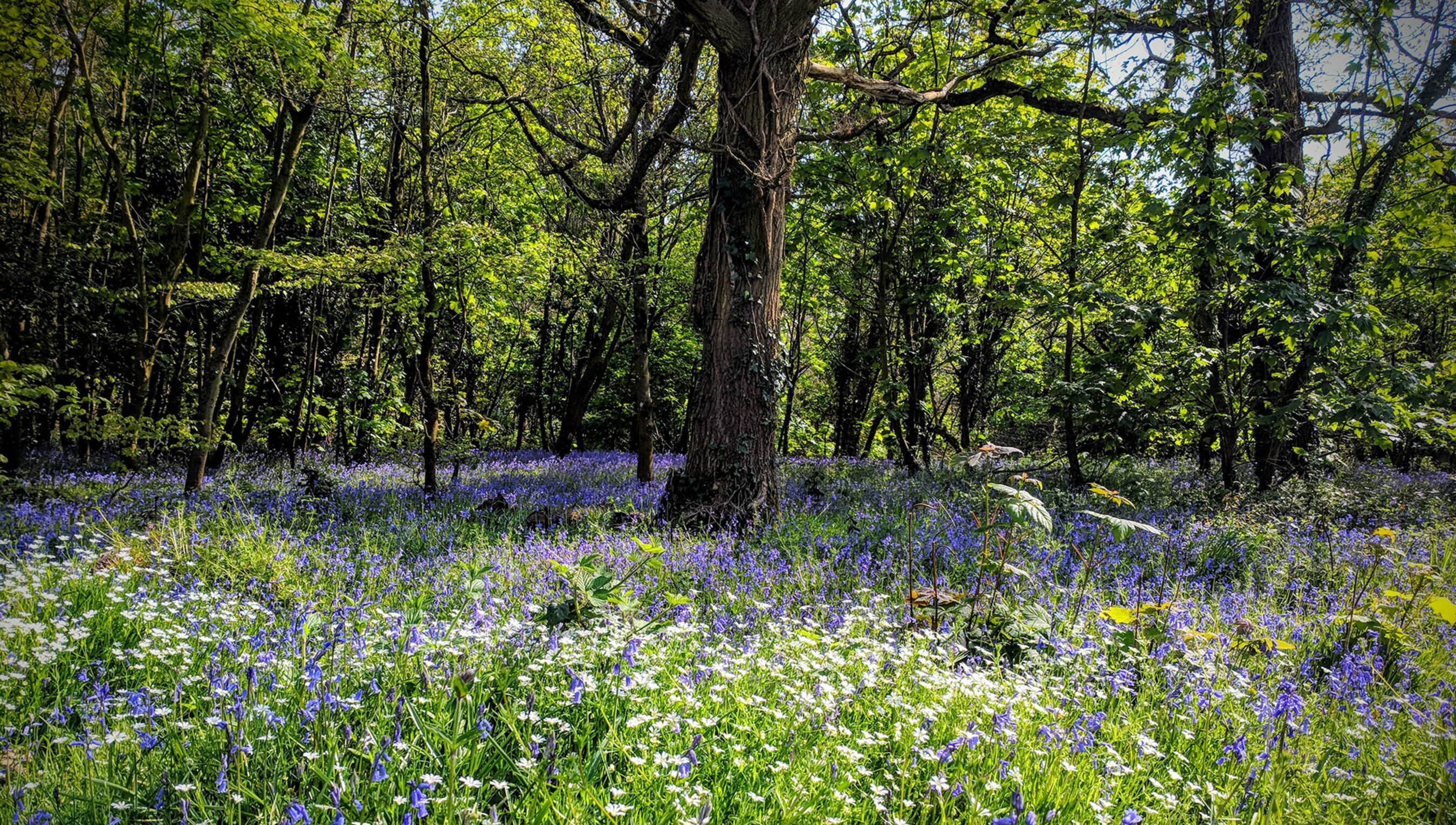 Nature is good for you. That doesn’t mean we should prescribe it

is an emeritus fellow at Wolfson College in Cambridge. A former publisher (head of Cambridge University Press) turned author, he has written books in classics, ancient history and natural history. His latest is The Consolation of Nature: Spring in the Time of Coronavirus (2020), co-authored with Michael McCarthy and Peter Marren.

Iris Murdoch is best-known as a novelist but she was also a professional philosopher. Here she is in The Sovereignty of the Good (1970), reflecting on the transformative power of attention, in this case attention to the natural world:

I am looking out of my window in an anxious and resentful state of mind, oblivious of my surroundings, brooding perhaps on some damage done to my prestige. Then suddenly I observe a hovering kestrel. In a moment everything is altered. The brooding self with its hurt vanity has disappeared. There is nothing now but kestrel.

The passage looks back to a long tradition of reflections about the restorative powers of nature, but it also looks forward to what has, in recent years, become a torrent of public affirmations of nature as therapy. The idea is now almost a commonplace: confirmed by the moving testimony of many personal memoirs; supported by scientific research that quantifies the effects on our mental and physical health; and enthusiastically endorsed by all the big wildlife and conservation bodies. Indeed, the UK government itself confidently announces in its new Environment Bill: ‘Nature plays a vital role in public health and wellbeing.’ So, it’s official. Nature is good for you.

But is it really so simple? Are they all talking about the same ‘nature’ and the same human needs? And where does ‘human nature’ come into it? I think Murdoch points us to a different and deeper insight.

It’s easy to believe in a general way in the positive benefits of nature. Don’t we all instinctively feel better for a walk in the fresh air, a view of some greenery and the sound of bird song? Even more so, surely, if we actively explore the natural world and engage with it in some way. I feel that myself, very strongly. Indeed, I’m co-author with two other naturalists, Michael McCarthy and Peter Marren, of a recent book, The Consolation of Nature (2020), sharing just such experiences. But in writing for this book, even as I found myself more than ever absorbed in the wonders and delights of nature, I grew increasingly sceptical about its proclaimed status as primarily a medical commodity.

To begin with, can nature really provide experiences that are either a necessary or a sufficient condition of enjoying good health?

How about slime-moulds, snakes and spiders? Or bacteria and viruses – all part of nature?

Not a necessary condition, surely, since we can all think of people in excellent physical and psychological health who have little interest in nature. Nor a sufficient condition either, since conversely there are many people devoted to nature who are not thereby protected from serious illness, depression or stress. Richard Mabey’s book Nature Cure (2005) is regularly invoked as the inspiration for a whole genre of ‘nature therapy’ memoirs, celebrating the healing power of nature against various forms of bereavement, depression, addiction and despair. But, in fact, though Mabey’s work is a literary classic by a great naturalist, its title is somewhat misleading. His severe depression prevented him from responding as he usually did to nature, and it was only after he began to be cured that he could again enjoy what had been a lifelong passion. The other titles, too, all tell more complicated personal stories, with a range of (sometimes unhappy) outcomes. The idea of a genre of effective nature cure books, in short, is more of a publisher’s invention than a reliable medical library.

What these books do demonstrate, however, is that there’s no ‘nature pill’ or ‘green Prozac’ you can simply take for a quick fix. It doesn’t work that way. Which way it does work, though, is much harder to say. If we’re now considering the much more modest claim that it helps some people, some of the time, and in some respects, we need to be more specific. Does it make a difference, for example, which part or aspect of nature we’re exposed to? Are plants and birds better for us than mammals or insects? Some birds better than others? Wild or tame? Helen Macdonald, after all, the author of another literary tour de force, H is for Hawk (2014), found her solace in a captive bird. How about slime-moulds, snakes and spiders? Or bacteria and viruses – all part of nature? And a key theme in much current environmental rhetoric is to emphasise that we ourselves are also inextricably a part of nature. But aren’t other people part of what we’re trying to avoid in getting more in touch with nature and the wild …?

Ever since Roger Ulrich’s paper was published in the journal Science in 1984, demonstrating that patients recovering from gall bladder surgery made substantially quicker and better recoveries if they had a view from their beds looking outward to trees and greenery rather than inward to the brick walls of the ward, scientists have been trying to isolate such variables. Ulrich himself pointed to some of the difficulties in identifying the crucial factors, however. His paper is now more cited than read, but he was careful to emphasise its limitations. Would it have made a difference if those brick walls had attractive pictures on them? Was it the trees that made the difference to the lucky patients with an outside view, or would a view of inanimate nature – sky, mountains or water – have done so as well? How would they have reacted to a busy urban street scene? Was their main problem boredom or anxiety?

Subsequent studies have gone some way to answering such questions, in particular through the measurement of associated physiological phenomena such as blood-pressure levels and neurochemical rewards in the form of serotonin, dopamine and endorphins. It’s become something of an industry, in fact. If you Google ‘scientific studies of nature and health’, you will in less than a second get more than 1 billion results, referencing research in universities worldwide, both in mainline departments of biological, medical and environmental studies and in such emerging sub-disciplines as ecopsychology and ecotherapy. To the extent that such studies rely on patients’ own reports of their sense of wellbeing, however, the headline results remain very generic. What does it really mean, for example, to be told: ‘Go Wild – And Feel 30 Per Cent Healthier And Significantly Happier’, as The Sunday Times said on 31 May 2020, reporting on research from Derby University? Or ‘How Much Nature Is Enough? 120 Minutes A Week, Doctors Say’ as The New York Times said on 13 June 2019, reporting the study done at Exeter University? We are still a very long way from a functional analysis of what specific items in ‘nature’ produce what effects.

But there’s a larger problem, too, in this line of thought. It treats such medical rewards as just one more of the ‘services’ we receive from the natural world, alongside the pollination of our crops, waste recycling, carbon capture, flood protection, ecotourism and so on. The environmentalist Tony Juniper wrote a very persuasive book, What Has Nature Ever Done for Us? (2013), quantifying such benefits in monetary terms in order to attract the sympathetic attention of policymakers. The demonstration of these natural services has become another minor publishing industry, establishing important evidence for conservationists to deploy in their campaigns.

Beauty, truth and happiness are all examples of intrinsic goods

These might indeed be the only arguments that have decisive political force, but effective arguments aren’t the same as real reasons. These utilitarian considerations are not why we thrill to a nightingale’s song, a peacock butterfly’s fragile beauty or a bluebell wood in spring. As individuals, we respond to such things directly and for their own sakes, not after or because of some financial calculation. To appreciate the natural world in a sense of wonder, awe, curiosity, joy or affinity is to recognise an intrinsic value, not an instrumental one. Henry David Thoreau made a similar point in his graduation address at Harvard College in 1837:

It’s the same with creative work in art, music, poetry and science, surely. They can all be demonstrated to bring quantifiable public benefits, ranging from cultural tourism to various practical applications. But such beneficial consequences are far from fully explaining the motivations of the practitioners themselves.

Indeed, logic itself requires that there must be goods with intrinsic value that need no further justification. Something can be good as a means only if there are some other things that are good as ends, otherwise the question ‘Good for what?’ leads to an infinite regress. Beauty, truth and happiness are all examples of intrinsic goods. And it’s the common experience, as well as the credo of naturalists, that the natural world offers us one form of direct access to such values.

But there’s a final catch, Murdoch’s catch. She goes on from the passage I quoted at the beginning to say:

A self-directed enjoyment of nature seems to me to be something forced. More naturally, as well as more properly, we take a self-forgetful pleasure in the sheer alien pointless independent existence of animals, birds, stones and trees.

The authors of the ‘nature cure’ books were discovering that nature could offer some balm for their ills. But, to find that relief, they had to attend directly to what they could see, hear, touch or smell; and then, if they were lucky, the psychological and other benefits might follow. It’s a corner-of-the-eye thing. There’s no point in putting beauty, wonder, inspiration, understanding and the other positive experiences we rightly associate with nature on some sort of ‘to do’ list. They are what philosophers call ‘supervenient’ on the experiences themselves. Try too hard and you’ll fail. It’s a subtle distinction but a fundamental one. It’s the act of attention, as Murdoch says, that takes you out of yourself and so delivers delights that a preoccupation with self would deny you. You have to lose yourself to find yourself.