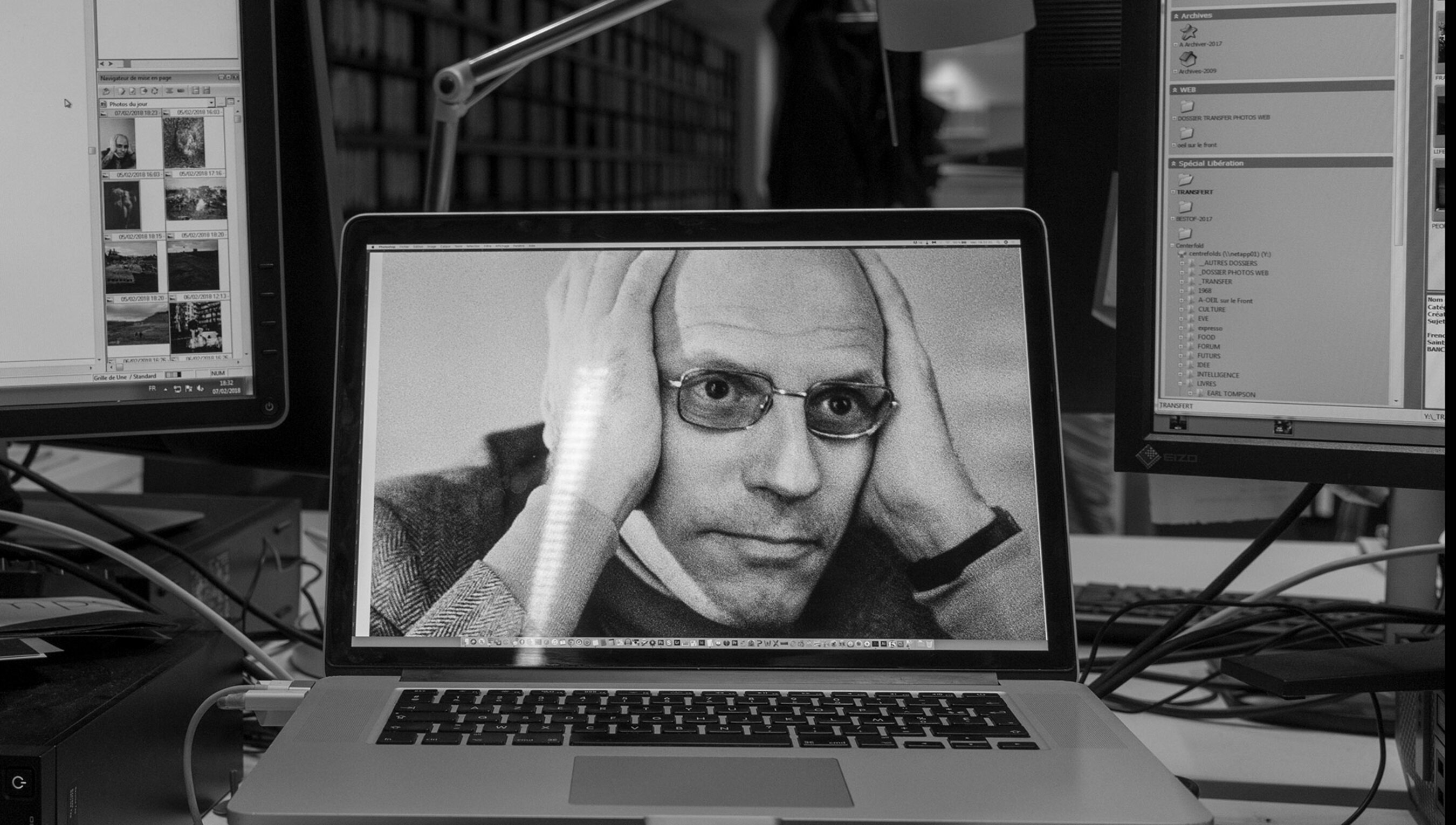 received his PhD in philosophy from Uppsala University in 2018. He is currently employed as a researcher at Stockholm University in Sweden.

There are many kinds of pseudosciences: astrology, homeopathy, flat-Earthism, anti-vaxx. These ‘fields’ traffic in bizarre claims with scientific pretensions. On a surface level, these claims seem to be scientific and usually appear to comment on the same kind of things that science does. However, upon closer inspection, pseudoscience is revealed to be bullshit: it is indifferent to the truth. Analogous to pseudoscience, can there be such a thing as pseudophilosophy, in which one makes claims with philosophical pretensions which on closer inspection turn out to be bullshit? I think there is.

Let’s begin with the concept of pseudophilosophy. If there is something deserving of that name, then it would be deficient with respect to philosophical issues in the same way that pseudoscience is deficient with respect to scientific issues. So, in order to get a grip on pseudophilosophy, we should first look more closely at the way in which pseudoscience is deficient, and then see whether we can find something analogous in the philosophical domain.

What makes pseudoscientific beliefs deficient is that they’re formed in an epistemically unconscientious way. That’s to say, these beliefs are made from culpably confused and uninformed reasoning. For example, the belief that the Earth is flat can be sustained only by self-willed disregard of the massive amounts of evidence to the contrary, accumulated over several centuries by several different sciences.

However, such unconscientiousness doesn’t presuppose insincerity or charlatanry. A charlatan is someone who has a hidden, usually profit-seeking, agenda and who is fundamentally indifferent to whether their beliefs are true. Often bullshit is produced without such insincerity, however, since one can care about the truth of one’s beliefs without taking care with respect to it.

A problem is that most of us are lacking in epistemic conscientiousness, at least sometimes and to some extent. In order for something to count as pseudoscience, some minimal degree of unconscientiousness is therefore required. A good rule of thumb for being conscientious is to keep an eye out for classical fallacies such as ad hominem, straw man, false dilemma and cherry-picking. Such fallacies occur in all kinds of contexts, but in pseudoscience they occur more systematically.

Whether there is a God or whether there are objective moral truths have to be answered largely via a priori reflection, if at all

Roughly speaking, the difference between scientific and philosophical issues is that the latter aren’t in any straightforward way resolvable via empirical investigation. Whether there is a God, for example, or whether there are objective moral truths, are questions that have to be answered largely via a priori reflection, if at all. These questions are thus different from questions such as whether the Earth is flat or spherical, or whether anthrax is caused by bacteria, which do have empirically accessible answers.

There are two kinds of pseudophilosophy, one mostly harmless and the other insidious. The first variety is usually found in popular scientific contexts. This is where writers, typically with a background in the natural sciences, walk self-confidently into philosophical territory without realising it, and without conscientious attention to relevant philosophical distinctions and arguments. Often implicit empiricist assumptions in epistemology, metaphysics and the philosophy of language are relied upon as if they were self-evident, and without awareness of the threat that those very assumptions pose to the author’s own reasoning. We can call this phenomenon scientistic pseudophilosophy.

An illustrative example is Sam Harris’s book The Moral Landscape (2010), in which straw men are lined up due to Harris’s failure to grasp the content of many of the philosophical claims and arguments that he criticises, such as Hume’s law (or the is/ought problem) and G E Moore’s open-question argument (ie, that no moral property is identical to a natural property). Similarly, in A Universe from Nothing (2012), Lawrence Krauss engages with philosophical arguments for theism without understanding them properly. Most saliently, he ends up criticising a caricature version of the so-called cosmological argument about the existence of God.

Usually, the prose is infused with arcane terminology and learned jargon, creating an aura of scholarly profundity

The insidious kind of pseudophilosophy, which I will focus on here, is an academic enterprise, pursued primarily within the humanities and social sciences. I don’t mean to suggest that the disciplines in question are inherently pseudophilosophical, only that, for some reason, a whole lot of pseudophilosophy goes on within them (although this will vary greatly between different universities and departments). Often philosophical issues are raised concerning knowledge, truth, objectivity, rationality and scientific methodology, and, again, without conscientious attention to relevant philosophical distinctions and arguments. A characteristic trait is a deferential attitude toward some supposedly great continental European thinker or thinkers, such as G W F Hegel, Karl Marx, Sigmund Freud, Carl Jung, Martin Heidegger or Jean-Paul Sartre (who might or might not have themselves been guilty of pseudophilosophy). Usually, the prose is infused with arcane terminology and learned jargon, creating an aura of scholarly profundity. We can call this phenomenon obscurantist pseudophilosophy.

While pseudoscience is particularly prone to causal fallacies and cherry-picking of data, the most common fallacy in obscurantist pseudophilosophy is equivocation. This fallacy exploits ambiguities in certain key terms, where plausible but trivial claims lend apparent credibility to interesting but controversial ones. When challenged, the obscurantist will typically retreat to the safe house provided by the trivial interpretation of his claims, only to reoccupy the controversial ground once the critic has left the scene.

Let me illustrate how this works, focusing on Michel Foucault, one of the central figures of French postmodernism. A central theme in Foucault’s writings is a critique of the notion of objective truth. Although there are controversies about interpretation, at least on the face of it Foucault maintains that truth is socially constructed and subject to ideological influence, and therefore not objective. However, his arguments for this claim focus entirely on the way in which what is assumed or believed to be true is influenced by what he refers to as ‘power’. It is, of course, a plausible claim that our assumptions or beliefs are susceptible to ideological influence, especially in emotionally charged areas such as politics, but also in supposedly rational areas such as science. But Foucault doesn’t explain how this rather mundane observation is supposed to imply or support the philosophically controversial claim that what is true, or which facts obtain (concerning the shape of the Earth, for example), is susceptible to ideological influence. Instead, by using the word ‘truth’ in an impressionistic fashion, the distinction between belief and truth is smudged over, allowing Foucault to make seemingly profound statements such as:

[T]ruth isn’t outside power, or lacking in power: contrary to a myth whose history and functions would repay further study, truth isn’t the reward of free spirits, the child of protracted solitude, nor the privilege of those who have succeeded in liberating themselves. Truth is a thing of this world: it is produced only by virtue of multiple forms of constraint.

I leave it as an exercise to the reader to disambiguate this statement and see what remains.

This kind of fallacious critique of the notion of objective truth is a particularly pernicious aspect of obscurantist pseudophilosophy in general. Often, it’s due to simple misunderstandings (such as confusing truth with belief or knowledge), but sometimes it’s due rather to wilful obscurity (as in the case of Foucault).

Perhaps due to its aura of academic legitimacy and profundity, obscurantist pseudophilosophy is often used to give credence to dogmatic and bellicose political agendas, both on the Left and on the Right. Beyond that, it encourages confused and self-indulgent thinking in university students, and consumes vast resources that could be put to better use.

While pseudoscience can perhaps be counteracted by science education, the cure for pseudophilosophy is not science education but philosophical education. More specifically, it is a matter of developing the kind of basic critical thinking skills that are taught to undergraduates in philosophy. This doesn’t need to be anything fancy. Students should be taught things like learning to distinguish in a disciplined way between central philosophical concepts such as belief, truth, rationality and knowledge. They should be aware of the way ambiguities can be exploited by equivocating arguments, and become adept at how to spot other fallacies such as ad hominem and straw man. With these fundamental tools in hand, there would be a good deal less pseudophilosophy going around.