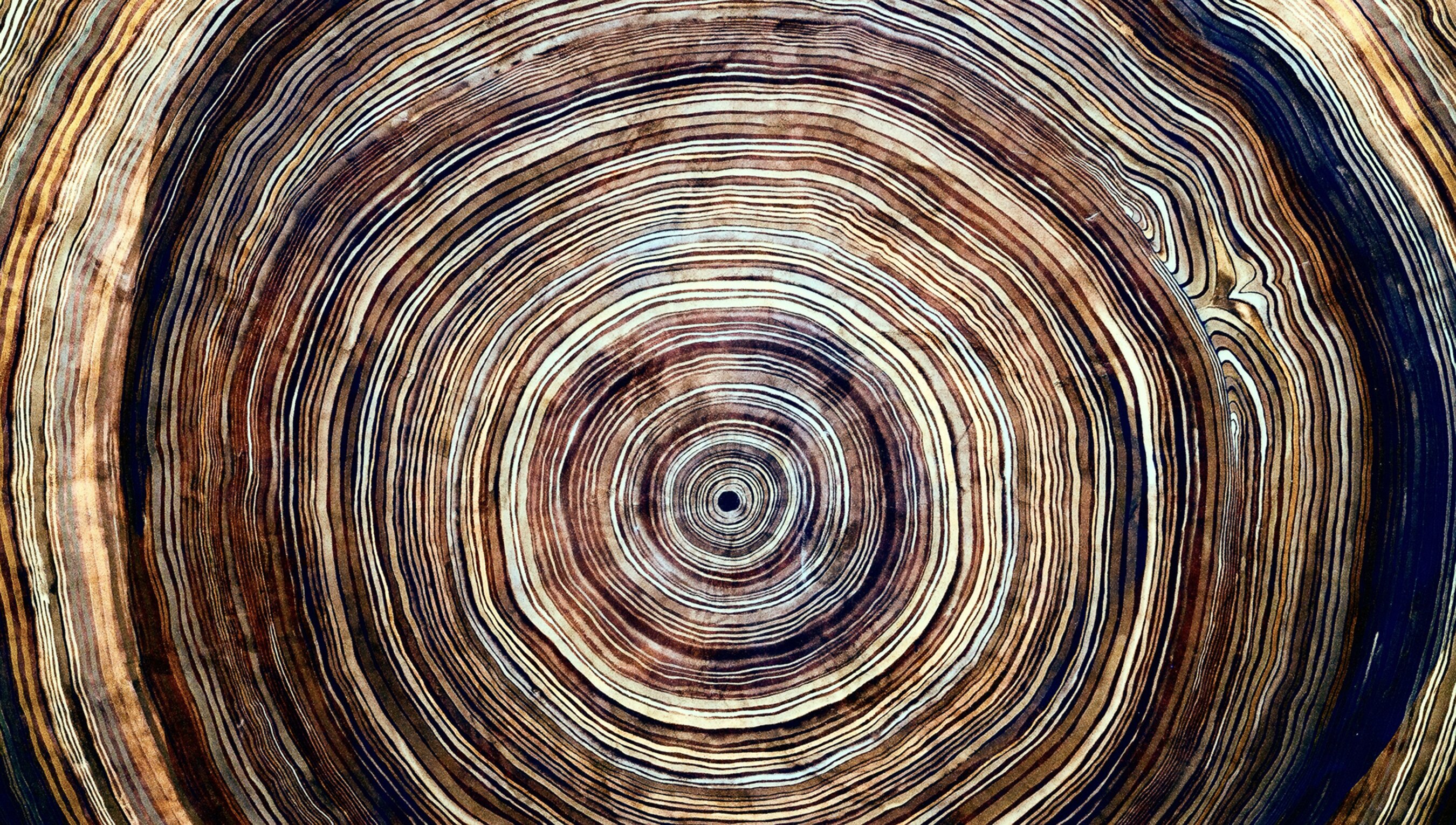 Wilfrid Sellars, sensory experience and the ‘Myth of the Given’

is a writer and an adjunct professor at the University of Connecticut.

Most of us think that knowledge starts with experience. You take yourself to know that you’re reading this article right now, and how do you know that? For starters, you might cite your visual experiences of looking at a screen, colourful experiences. And how do you get those? Well, sensory experiences come from our sensory organs and nervous system. From there, the mind might have to do some interpretative work to make sense of the sensory experiences, turning the lines and loops before you into letters, words and sentences. But you start from a kind of cognitive freebie: what’s ‘given’ to you in experience.

It’s a tantalising idea, and maybe it’s close to the truth. But if we’re not careful, we might run afoul of what the American philosopher Wilfrid Sellars (1912-89) called ‘the Myth of the Given’. While many philosophers consider Sellars’s attack on the Myth to be his legacy, it’s one of his least-understood ideas. That’s too bad, because once we set aside ‘epistemological shoptalk’ (one of my favourite Sellarsisms), the basic idea is simple – and far-reaching.

Let’s start with something easy. You probably know how to read tree rings, the circles-within-circles that appear in the cross-sections of trees. Tree rings form as a tree grows, making new layers of bark. Counting the rings helps you determine the tree’s age, since each ring correlates with one year of growth. Now imagine we’re looking at a recently felled oak, and we count 75 rings. It would be innocent for me to say to you: ‘Those 75 rings mean the tree was 75 years old.’ More metaphorically, the rings ‘tell us about’ the tree’s age.

In a stricter sense, though, the tree rings don’t really ‘say’ anything. The patterns in the tree can give useful information to anyone who can read them, but the rings themselves aren’t actually ‘about’ anything. Remember, a ring forms as a side-effect of trees doing what trees do. They don’t express information in the way that trails, maps or sentences do.

But why not? In short, sentences can go wrong. They can be paradoxical (‘This sentence is not true’), or they can be false (‘Smoking cigarettes is safe’). Thought and speech can be correct or mistaken. While philosophers disagree about what makes things such as assertions and thoughts correct or mistaken, there’s widespread agreement that, when we think and speak, what we think and what we say can be judged according to particular standards, involving something like truth or knowledge.

I could say that the anomalous tree core ‘misleads’ – if you go only by its core, you’d be wrong about its age. But that mistake is on you, not the tree

Let’s go back to our trees. Imagine we have two trees, and we know that they were planted in the same year. Instead of cutting them down, we take a core from each. Counting the rings, we discover something weird: 20 years ago, one of the trees stopped growing, but resumed the next year, giving it one less ring than its neighbour. Going by their rings, you’d think the trees were different ages, but they’re not. That’s anomalous, even miraculous. Now the philosophical question: is the anomalous tree core misleading? Is there any sense in which the tree flubbed that year, and its rings now incorrectly state its age? Did the tree make a mistake?

I don’t think so. The missing ring isn’t like a false sentence. There’s an innocent way that I could say the anomalous tree core ‘misleads’ – if you go only by its core, you’d be wrong about its age. It ‘misleads’ you in that way. But that mistake is on you, not the tree. The tree didn’t do anything wrong, since the rings aren’t really ‘about’ age.

Right now, this might seem neat but a little trivial. Sentences and thoughts are about things, but tree rings aren’t. The former have content, but not the latter. Stated that way, it’s not so exciting, but we can leverage this distinction to see something surprising about sensory experience. According to Sellars, many philosophers have thought that sensations are meaningful in both ways. Sensory experiences themselves are meaningful like tree rings and meaningful like a sentence. And that, for Sellars, is a serious confusion.

To see why, we should turn to sensations and experience. Humans have a lot of sensory modalities, and the world gets into our minds by impinging on our sense organs. Open your eyes, and different wavelengths of light flood in. Sniff at the air, and some of the molecules hanging around you might meet up with an olfactory sensor in your nose. These are the beginnings of experience. So far, so good.

Empiricists think that human knowledge not only begins in experience, it’s exhausted by it. For the 18th-century philosopher David Hume, our senses give us impressions – as the name suggests, the world makes its mark on our minds by impinging on our sense receptors. A baby encounters all kinds of things in experience: a clear blue sky, a blue block, a blue book. These all cause impressions in the baby’s mind. According to Hume, after enough impressions of blue things, the baby gets an idea of blue, copied from those impressions and resembling them. We need these ideas, because they are the building blocks of thought. If you want to tell someone ‘There’s a blue bird over there,’ or ‘Blue is my favourite colour,’ you’ll need an idea of blue. You’ll also need an idea of birds, a somewhat more complicated matter.

It’s a simple enough theory, but is it coherent? Impressions are natural events, a bit like our tree rings. What’s given in experience pops into our minds as a matter of cause and effect – very complicated causes and effects, but cause and effect all the same. But if so, then impressions belong to the world of causation, things doing what they do. If a blue object gives me a visual impression, that impression might carry tree-ring-esque information, but is the impression ‘about’ its cause? Does it say anything, if only about itself? It would be very surprising if impressions could do that. Impressions would be the output of simple causal processes, ideas would be the building blocks of thought, and ideas would somehow be copies or images of impressions. Somewhere in this mix, we go from cause and effect to the stuff of thought. Thought and speech can be correct or incorrect in a way that natural events aren’t – so how could ideas (the stuff of thought and speech) be made of impressions?

That’s the Myth: simply by having an olfactory experience caused by Parmesan, you are aware of Parmesan

This is where the given becomes the Myth of the Given. Sensations – flashes in the nervous system – inexplicably become thoughts, which can be true or false, correct or incorrect. Imagine lightning strikes a tree. A cloud of ash settles on a rock, and pieces of wood, some charred, some not, land among the ash on the rock. A chess grandmaster walks by, and to her it looks exactly like a game of chess in endgame, with black pieces ready to capture white’s king. But even though it looks the part, it’s not a game of chess. A game of chess must be played by the rules, and this is nothing but a curiously shaped freak accident.

It’s the same with sensations. Even when particular odour molecules reliably cause particular responses in your body, that regularity alone doesn’t settle whether you know there’s Parmesan cheese nearby, or even whether you have an idea of Parmesan cheese. Humans aren’t creatures of habit, Sellars says, but of rules. To use his memorable turn of phrase, Sellars thinks that ideas, concepts, anything having to do with knowledge at all must stand in the ‘space of reasons’, the space of justification, rules and standards. In short, sensations belong to the causal order, like tree rings, but thought and speech (‘I smell Parmesan’) belong to the normative order, the space of reasons. While sensations can be brought into the space of reasons (and they have to be, in order to amount to knowledge), they don’t get to be there by fiat. That’s the Myth: simply by having an olfactory experience caused by Parmesan, you are aware of Parmesan. Without learning, without training of any kind, a newborn with working senses could have experiences that amount to knowledge. By smelling her mother’s scent, she would be aware of her mother. Her olfactory experiences would be in the space of reasons without her having to learn the rules. That’s Mythical – it’s as impossible as the freak accident being a real game of chess.

Busting the Myth has significant downstream effects. Hume’s story on the origin of ideas is out. But it also bears directly on our opening question: how do you know that you’re reading this? You wouldn’t be wrong to say (a little tortuously): ‘I’m having experiences of looking at squiggles, and I know that squiggles like that are letters that form words.’ Without the Myth, though, we have to rethink this approach. Those squiggles don’t just show up in your experience as squiggles (or more likely, as letters). You first have to learn to recognise them as such, as lines and angles. It’s only then, once you’ve learned to embody the rules and recognise them as rules (that is, the standards for something counting as a line, an angle, a curve), that the experiences can start to make sense. To understand our own experiences, we have to learn to interpret them. In a way, we have to learn to read our bodies like we learn to tell a tree’s age.

But it’s one thing to bust the Myth, and another to finish the story of how knowledge begins in experience. For Sellars, that means we have to stop doing psychology from the armchair. If we want to understand what it is to be rational animals rather than mere creatures of habit, we should turn to cognitive scientists, roboticists, linguists, neuroscientists and other students of the mind. It’s there, and not in the obscure Myth of the Given, where we’ll find the complete scientific image of human reason.