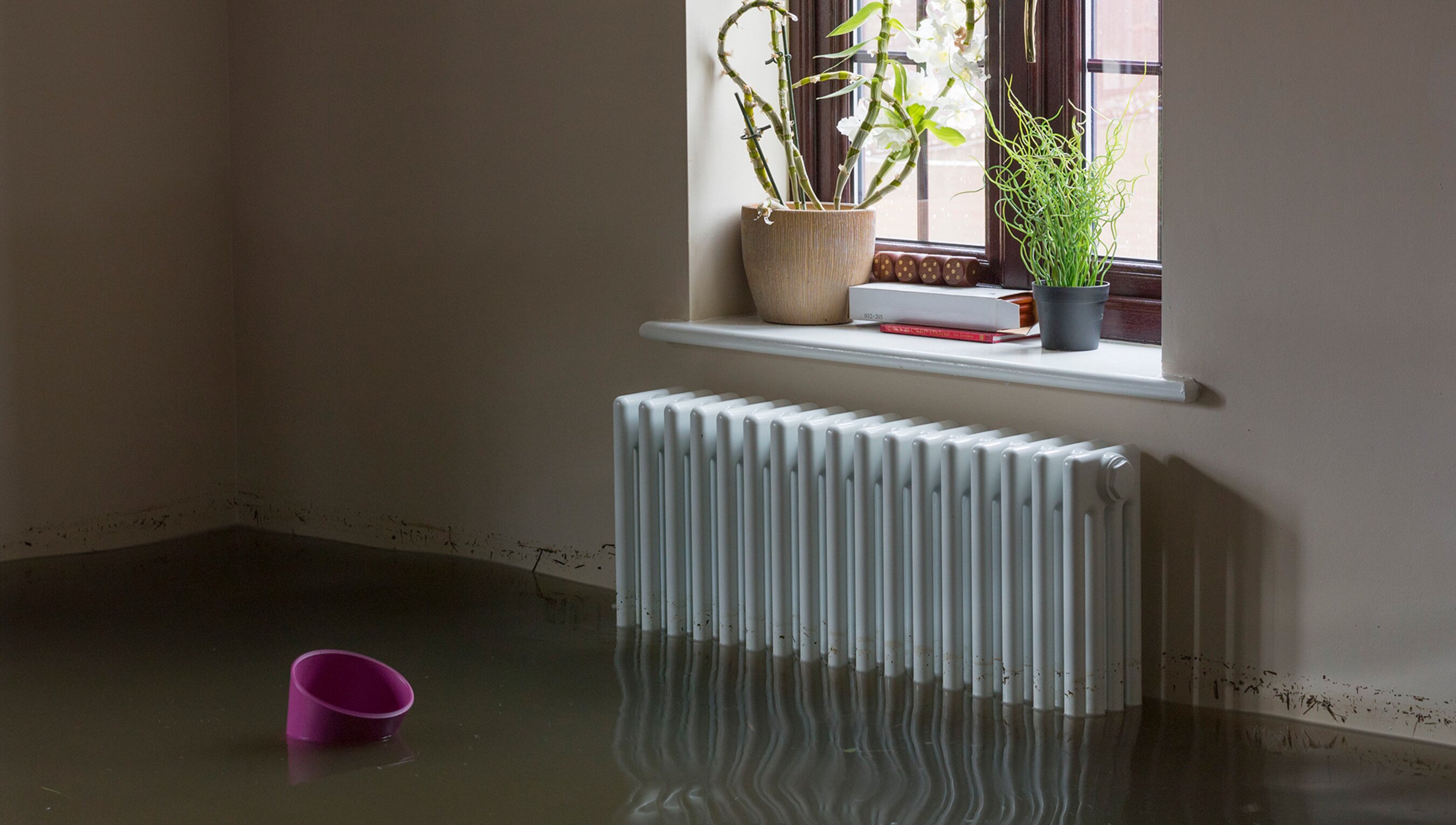 The climate emergency is taking a serious toll on mental health

is a research fellow at the London School of Hygiene and Tropical Medicine. His research focuses on mental health and psychosocial support in complex settings.

Climate anxiety, ecological grief, solastalgia: in the past few years, a plethora of new terms has emerged to capture our growing concerns about climate change. For example, 57 per cent of American adolescents report that climate change makes them feel afraid, and 55 per cent of adults in the UK report that it’s affecting their wellbeing. These emotional reactions are meaningful and distressing, and at times might require therapeutic action. But they don’t provide a complete picture. Alongside the general distress that people experience when faced with this crisis, or the prospect of it, climate change is also causing and exacerbating severe mental health problems.

The increase in global temperatures over the previous century has led to more frequent and more violent extreme weather events in the past 20 years, such as floods and hurricanes. These directly affect mental health as they can expose people to potentially traumatic events: they might see loved ones injured or killed, or experience a threat to their own lives. In a minority of people, such extreme stressors can trigger post-traumatic stress disorder (PTSD), depression or anxiety disorders. These climate disasters also have an indirect impact through their effects on poverty, loss of housing and unemployment – all of which can have profound detrimental effects on mental health.

In parallel, the slow-creeping increase in global temperature can, in and of itself, severely impact people’s mental health. Hospital admissions for mental disorders tend to increase during heatwaves. One study from Canada reported a 29 per cent rise in emergency psychiatric room visits following unusually hot temperatures. Another showed that more individuals with bipolar disorder are admitted to hospital during warmer months. A longitudinal study with more than 9 million participants showed that those living in regions of Taiwan with higher temperatures were especially likely to develop a major depressive disorder.

Heat causes these problems for a number of reasons. For example, high temperatures can make people feel more stressed, angry and fatigued, and they can also disrupt sleep – all of which can lead to or exacerbate mental health problems. Extreme heat can also cause delirium, a state of mental confusion, agitation and distress. Lastly, certain psychiatric medications make it harder to regulate body temperature, meaning heatwaves are more uncomfortable and dangerous for individuals taking these drugs.

Higher temperatures appear to be related to suicide rates as well. Studies in multiple countries including India, Mexico, the United States and Japan show that suicide rates increase when temperatures increase. This might be because high temperatures worsen psychiatric symptoms, but there could be many other explanations – reflecting the multiple factors that contribute to suicide. The evidence remains too sparse to draw overarching conclusions, but one possibility is that extreme heat leads to decreases in crop yields, leading to poverty and economic hardship, which in turn could increase the suicide risk in certain groups such as farmers.

Heat is not the only climate-related factor that has an impact on mental health. Climate change is also causing higher levels of air pollution, and this has been linked to a variety of mental health problems including depression, anxiety and suicide. Air pollution might also be linked to dementia: a London-based study looked at health records of 131,000 patients aged 50 to 79, and found a 40 per cent heightened risk of being diagnosed with dementia among those living in the most polluted areas. This is not surprising as air pollutants can impact every organ in the human body, including the brain.

It is normal for people to feel sadness, grief, anger and anxiety when faced with environmental devastation on a global scale

More broadly, climate change has a substantial impact on physical health, which inevitably affects mental health as these are simply different faces of the same coin. Consider the example of crop yields – since 1960, climate change has reduced the global yield potential for all major crops. This has contributed to child malnutrition and stunting globally, which can lead to disruptions in brain development and life-long cognitive and psychosocial impairments. Climate change also increases the risk of certain diseases – such as the mosquito-borne dengue fever. These can affect mental health directly, because of the distress they cause, or indirectly, because people with these diseases often face stigma and discrimination.

Climate change is therefore already having a significant and wide-ranging effect on mental health. But strategies to buffer and prevent this detrimental impact exist. One of the main pathways through which climate change affects mental health is by heightening and triggering social and economic inequality, and this can be addressed through appropriate social policies and good governance. Some of the most effective strategies to prevent and address poor mental health at a population level involve reducing poverty and inequality, providing access to adequate housing and employment, and establishing social support nets. All of these are relevant in a changing climate. A recent report in the UK, for example, highlights how building energy-efficient homes would provide protection from overheating during hot months, which would have knock-on benefits for physical and mental health.

It’s also important to remember that people can show extraordinary degrees of resistance and resilience in the face of adversity. As a researcher, I have worked with communities affected by armed conflict and disaster, and life doesn’t grind to a halt when the ground starts shaking or the first shots are fired. On most mornings, against a backdrop of armed conflict and occupation, fresh fruit and vegetables are sold in the markets of Ramallah in Palestine. Sheep are walked to pasture in the mountainous regions ravaged by earthquakes in Central Italy. Fishermen leave the harbours of Minamisōma in Fukushima, Japan close to the site of the 2011 tsunami and nuclear disaster. Of course, some people experience significant mental health problems due to climate change and other crises, and those with a pre-existing mental illness are often disproportionately affected. But most people endure, resist and actively navigate the suffering they face using their own individual and social resources.

There are also things that all of us can do to help. We should pay attention to, and harness, the milder distress that so many of us feel when we think about climate change. It is normal for people to feel sadness, grief, anger and anxiety when faced with environmental devastation on a global scale. Of course, if such feelings become overwhelming and paralysing, they can be unhelpful. But as a paper aptly titled ‘My Worries Are Rational, Climate Change Is Not’ (2013) highlights, habitual ecological worrying is not necessarily pathological. It can actually be linked to pro-environmental attitudes and behaviours such as using public transport when possible or being a member of an environmental organisation. A degree of anger, angst and indignation can push people to act against a status quo that is perceived as unfair and unjust. We should be wary of pathologising these reactions, as it might mean proposing a psychological solution to a problem whose origins lie in society and politics rather than minds.

When I see thirsty yellow grass burnt by the summer sun in my local park in London, or hear the sound of a nearby glacier collapsing as I hike in the north of Italy where I grew up, I too feel sad, disgusted and guilty. I wish I didn’t have to feel this way. But these feelings also give me the necessary energy and strength to care about the disruption caused by climate change, and the serious mental health problems that happen as a result. Effective and feasible solutions to mitigate and adapt to climate change exist, such as cutting greenhouse emissions to net zero as quickly as possible. We can all use our voices, our choices and our votes to demand that governments and industries pursue this. Our future as a species will depend on whether these solutions are implemented or not. If we have to get angry or feel anxious to fight for this to happen, so be it.