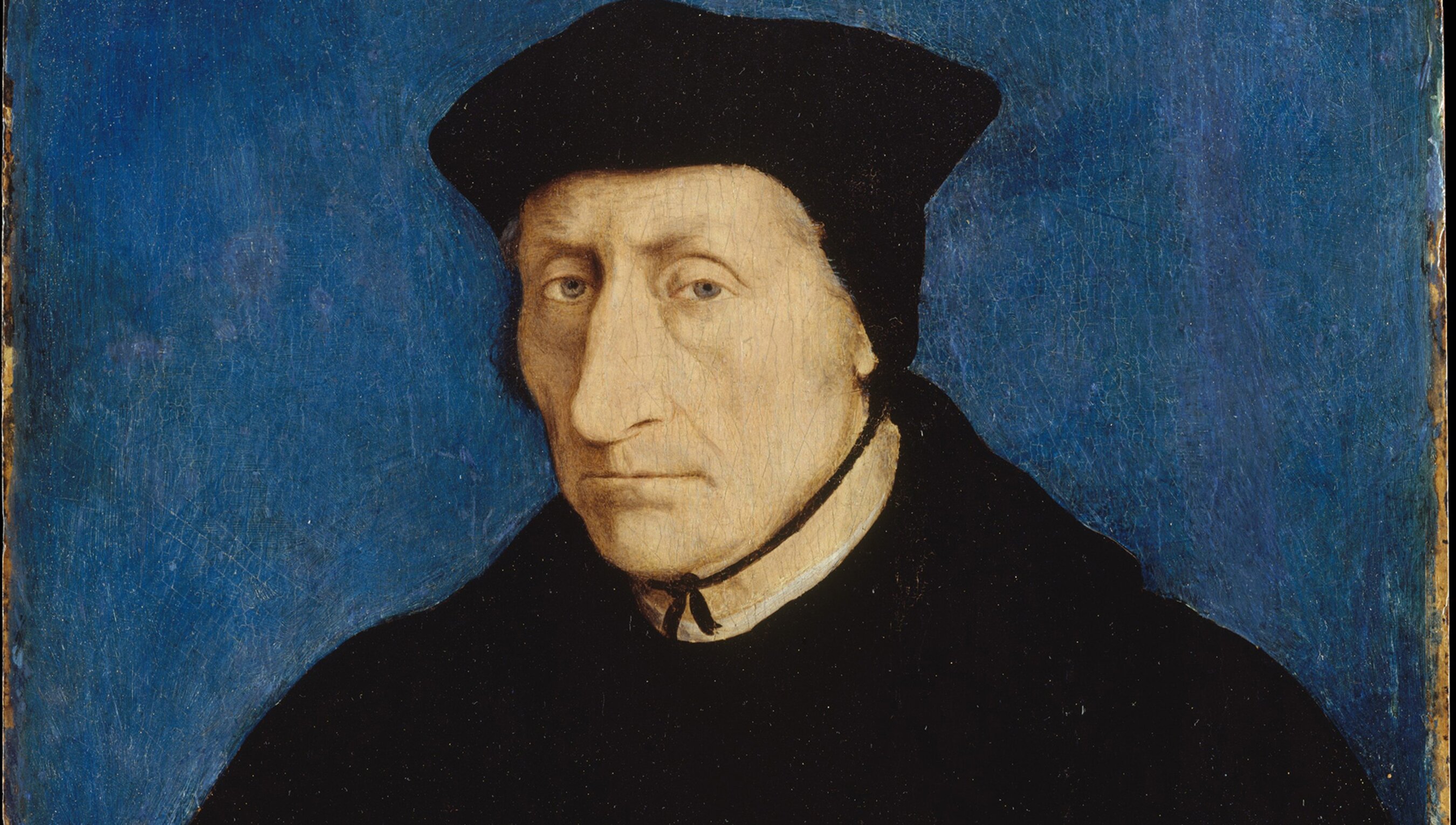 The politician is the malformed monster of our coexistence

is a British Academy postdoctoral fellow and an affiliated lecturer in French at the University of Cambridge. Her first book is Politics and 'Politiques' in Sixteenth-Century France: A Conceptual History (forthcoming, July 2021) and she is working on her next, ‘What Makes Life Worth Living in Early Modern France?’

In the early days of my PhD, whenever I tried to explain to a fellow graduate student or relative that I was working on ‘politics and political actors in 16th-century France’ – pedantically refusing to say ‘politicians’, since politique meant more ‘civic administrator’ in that period, strictly speaking – I would often be interrupted: ‘I’ll tell you what politicians are. They’re self-interested, backstabbing, Machiavellian, hypocrite liars!’ Indeed, that was how ‘political actors’ were often described in the early modern period, when this kind of language began to be used about politicians. France was a key setting for intellectual and polemical investment in the role of the political person: a crucible in the process of politicians becoming more prominent and more problematic in Western culture.

There have always been politicians; many ancient philosophers describe the roles of the ‘statesman’ or ‘political man’ in positive terms. In the Renaissance, politics rose to prominence among the disciplines, with new translations and commentaries of the political theory of classical antiquity such as Aristotle’s Politics, and original works such as Machiavelli’s Prince. However, enacting this difficult expertise was thankless, sometimes explicitly dangerous – and the moral status of the politician was in doubt, especially in the context of Reformation conflict.

In France, civil wars raged from 1562 to 1598, fought partly along religious lines like the English civil wars a century later. Early in the century, the scholar Guillaume Budé, advisor to King François I and the first royal librarian, wrote his own version of a prince’s handbook. Printed posthumously in 1547, it contained the observation that political laws need to be tempered by ‘mixed, ambidextrous men’. Budé was referring to the delicate mixing of different types of law (including civil and ecumenical), in a context of factional divisions and mass conversion to the reformed faith. The idea of a fundamentally mixed person enacting politics – an ‘ambidextrous’ character, balancing ‘Right’ and ‘Left’ centuries before these were political categories – came under intense pressure as religious and social change intensified. Politics was the art of the possible: it also involved attempting to reconcile the irreconcilable. Then as now, this was considered horrifying as well as hopeful.

Political infrastructure was changing in tandem with shifts in thinking about politics. This period saw the development of a class of counsellors, legislators, scholars and ambassadors across Europe grappling with this increasingly dark art. Among the royal portraits produced in European courts, we find figures from this loose political class: Budé’s portrait, attributed to Jean Clouet, is held at the Metropolitan Museum of Art in New York; Hans Holbein painted Thomas Cromwell and his rival Thomas More. These men, politicians avant la lettre, were sometimes objects of public loathing. Nor were they always appreciative themselves of those who practised politics. Not long before his execution, More wrote an irritable pamphlet criticising ‘polytykes’ as ‘pacyfyers’ acting as apologists for heresy in order to maintain public peace.

Political action was associated with flexibility: a willingness to break any promise or moral principle if expedient

In France, religious difference was not only considered heresy, it also challenged the established political identity of the realm, expressed in the axiom ‘one king, one law, one faith’. Although initially French intellectual elites – inspired by Renaissance practices of translation and careful re-readings of ancient texts – had been open to new interpretations of scripture, they didn’t entirely anticipate the radical potential of re-reading. The theologian Jean Calvin attempted to enact that potential. Calvinist missionaries to France were instrumental in the conversion of thousands across the social spectrum. Elements of the already restive nobility also adopted the reformed faith. Budé himself was suspected of having converted. By the middle of the 16th century, when Henri II’s early death left his sickly 15-year-old son on the throne with Catherine de’ Medici as regent, the scene was set for war: the one king was propped up by multiple advisors, and by his mother; the one faith was now at least two; the law was ill-equipped to handle the consequences.

Calvin, a trained lawyer, wrestled with the relationship between ‘spiritual’ and ‘political’ jurisdictions, the issue at the heart of the French conflict. Early in the wars, people began referring to a type of person, the politique, who prioritised social order over spiritual unity, just as More had described ‘polytykes’ doing in the English context. After thousands of French Protestants were massacred in 1572, poems celebrating the killings dismissed politiques who preferred peaceful coexistence to violent purges. Protestant writers, meanwhile, characterised Machiavelli as the amoral inspiration for the monarchy’s betrayal of its Calvinist subjects: it is to them that we owe the Florentine’s sulphurous reputation. In all these cases, political action was associated with flexibility: either toleration of difference, or a willingness to break any promise or moral principle if expedient. ‘Ambidextrous’ mixing became, in some quarters, moral abjection.

The last phase of the civil wars was fought by the ‘Catholic League’, known as the ‘Holy Union’, against a combination of Huguenot and royalist forces whose supporters in the courts and parliaments were known as politiques. Pamphleteers and preachers wishing to restore the ‘holy union’ of French Catholicism condemned their opponents as an unholy union, representing politiques as an extravagant blend of mythological creature, animal and human to exemplify the point. One broadsheet offering a portrait of a politique described this figure as a ‘monster’, with an illustration of the politician as a mermaid: half-woman, with the head of Medusa, and half-fish with a double tail – another version of ambidexterity.

The civil war portrait of a politique as a monstrous amalgam seems antithetical to the sober, scholarly image of Budé by Clouet. It might then seem that the mixed politique of the radical Catholic polemic emerges entirely in response to the fractious ‘mixing’ of Catholics and Protestants – and is a corruption of Budé’s ‘mixed’ corrector of political laws. But the politique monster is also a composite of various Classical myths (note the reference to Medusa). In that respect, it symbolises a key intellectual and literary technique of the age: the compilation of classical narratives and figures, in order to create new, hybridised forms. Writers were anxious about the consequences of unbridled creative variation, even as they prized its aesthetic effects. Gendered anxiety also tracks across many texts of the period: bad politicians were described as ‘effeminate’, or represented as monstrous women, like the Medusa-Mermaid. This vision of dangerous, ambivalent femaleness sits alongside the ‘motherland’ (and later Marianne, the symbol of the Republic) in French political imagination. The early modern invention of the mixed ‘political monster’, forged in Reformation conflict, also betrayed the tensions inherent to Renaissance creative and intellectual practice, and the fragile masculinity of the practitioners.

By the time I’d finished my PhD and begun turning it into a book, politicians were held, if it were possible, in even lower regard, and unions of all kinds were in jeopardy – not only in Europe. French secularist policy (laïcité), nominally developed as an antidote to ‘one law, one faith’, was held to be in crisis, or to do more harm than good. A female member of the UK parliament, Jo Cox – whose first parliamentary speech argued that ‘we have far more in common than that which divides us’ – had been assassinated. Britain had voted to leave the EU. Populations across the world had elected nationalist ‘strong’ men who exploited anti-politician sentiment. The battle between political monster and ‘holy’ union continues.

The composite political monster of Renaissance France stands in contrast to fantasies of uncomplicated unity; it is also a fantastical vision of the coalition that ended the conflict. After the wars, French leaders established an official policy of ‘forgetting’ the fighting that had torn towns and families apart. But the politique monster is worth remembering. It was intended as a slander, a warning as to the monstrous, amoral purpose of politics – that is, to suffer compromise and betray ideals. Still, this vision of the political person is also of somebody who uneasily embodies coexistence. It’s not a facile fiction of unity, but one that acknowledges the discomfort in cohesion. There could be worse monsters.