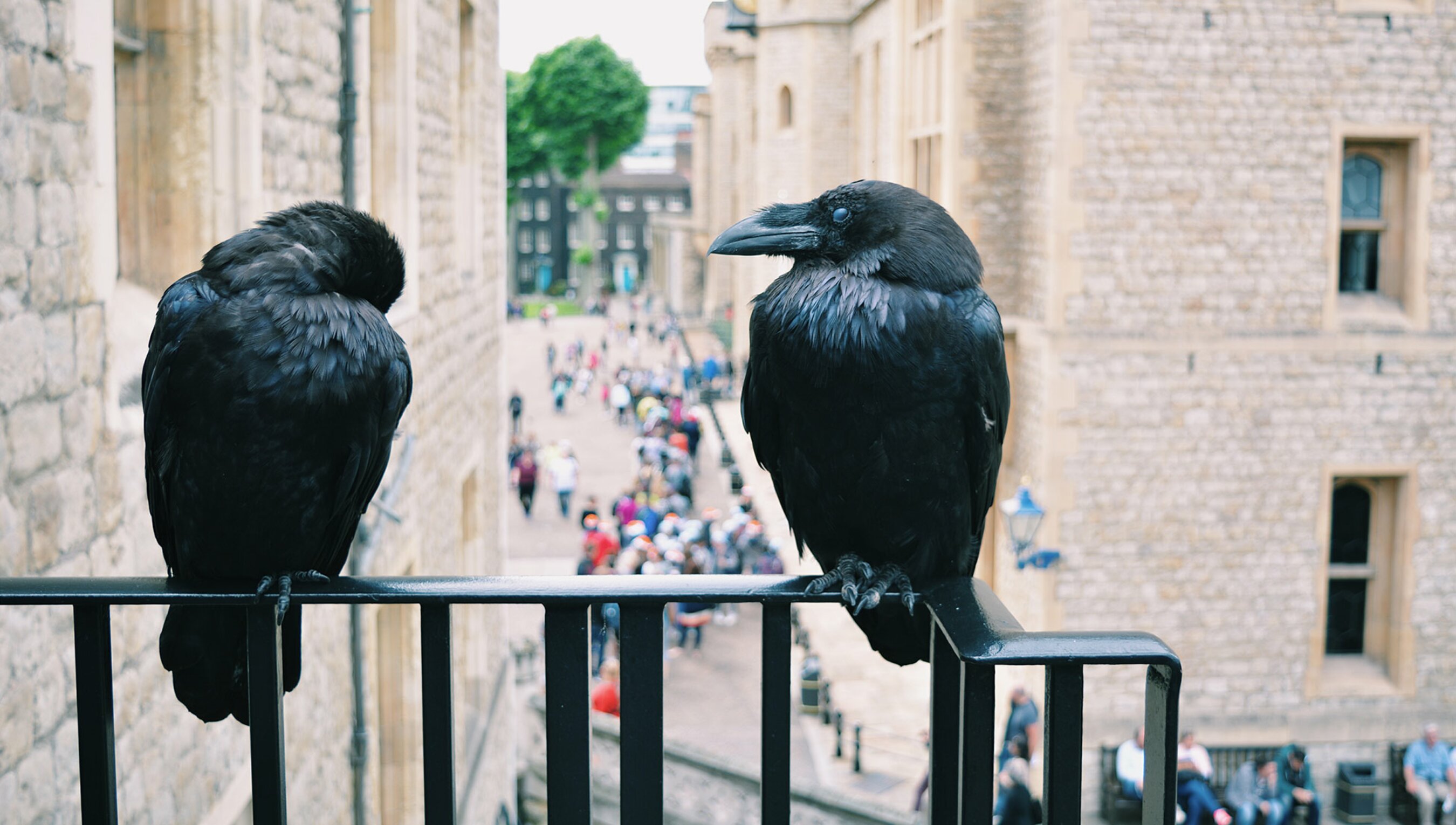 A basic sense of numbers is shared by countless creatures

is emeritus professor of cognitive neuropsychology in the Institute of Cognitive Neuroscience at University College London. He is the author of Can Fish Count? What Animals Reveal About Our Uniquely Mathematical Minds (2022).

You might think of counting as something that people do involving the words one, two, three and so on. But we don’t require the use of these words to enumerate a collection of objects. Indeed, some languages do not have long lists of counting words. In studies of children who speak languages with a smaller set of such words (eg, words for one, two, few and many), such as the Indigenous Australian language Warlpiri, my colleagues and I found that they were at least as accurate as English-speaking children in assessing the number of objects in collections of up to 10. Jean Piaget, the influential Swiss developmentalist, argued that, as children, we arrive at what he called ‘the conception of number’ without recourse to counting words.

Indeed, people see the world numerically: typically, one can’t help but notice the number of cups on the table, even if one is not consciously counting them. In fact, we and other researchers have demonstrated experimentally that the number of a small amount of objects can be registered in the brain without conscious awareness, as indicated by its effect on a subsequent, conscious counting task.

Our non-linguistic sense of number implies that nonhuman animals can also, in principle, mentally represent the number of objects in a collection – and researchers have been building a growing body of evidence of the ways in which this actually happens. As we will see, there are many reasons why a sense of number might be advantageous in animals’ struggles to survive and reproduce.

Until relatively recently, there were few studies of the numerical abilities of nonhumans. The pioneer was the German ethologist Otto Koehler (1889-1974), who showed that ravens, parrots and squirrels could match a sample of n objects to one of several very different-looking displays, up to about seven. He was very careful to ensure that the animals were matching on the basis of number and not other visual dimensions, such as the total area of the objects. (You can see his birds doing the tasks in the short video below.) Koehler was the first to demonstrate scientifically that nonhumans could learn to use numerical information.

Why should animals have a capacity to extract such information from the environment? Consider some numbers in nature: I can see three ripe fruits on that tree, and five on this tree. There are three little fish like me over there, and five here. I can hear five invaders in my territory, but there are only three of us. I can hear five croaks to a phrase over there, and six near the lilypad. I passed three big trees between my home and a source of food.

Bees can count dots one at a time while crawling over them; they might use this process to identify flowers by the number of petals

All these numbers can have an evolutionary significance, and if a creature can recognise them, this could afford an adaptive advantage. Foragers benefit from selecting the tree with five ripe fruit over the one with three. Indeed, when tested, chimps, bonobos, gorillas and orangutans will pick the dish with more pieces of fruit (even when the quantity of fruit-stuff is the same). Similarly, cuttlefish and salamanders will go for more food items rather than fewer. A sense of number could also be valuable for surviving encounters with other creatures. Small fish join the largest shoal because it reduces the risk of predation. A pride of lions is more likely to survive and reproduce if the lions attack only invaders that they outnumber, because the outnumbered invaders will likely retreat – a bloodless victory.

Female túngara frogs benefit by mating with the male that can produce six croaks in one breath, over the male that can manage only five, because this is an indicator of respiratory fitness. Naturally, the male will try to outcroak his competitor by counting the number of croaks and adding one, to the limit of his breath.

Numerical abilities are also important for navigation: honeybees count landmarks sequentially, one at a time, as a way of estimating the distance between the hive and a food source. This enables them to plot their route back home and show their hive mates where to find the food using the now well-known ‘waggle dance’ to indicate distance and direction. We now know from lab experiments that they can also count dots on display one at a time while crawling over them, and they might use this process to identify flowers by the number of petals.

How do animals do it? What neural mechanisms are involved? The key brain region for counting in humans is in the parietal lobes. The animal physiologist Andreas Nieder and colleagues discovered homologous regions in the monkey cortex that do some of the same numerical jobs, such as matching and discriminating on the basis of number in experimental designs very similar to Koehler’s. Nieder found that, in a groove in the parietal cortex called the intraparietal sulcus, there are individual neurons tuned to particular numbers of objects at least to five. That is, a given set of neurons might respond maximally to, say, three objects. This seems to be a feature common to mammals: a study from 1970 by the psychobiologist Richard Thompson and his colleagues discovered similarly tuned neurons in the cat’s parietal lobe. These neurons seemed to respond independently of modality (whether an object was seen or heard); rather, it was done abstractly, which is exactly what numbers are.

Other neurons seem to act like an accumulator, as researchers have observed in monkeys. Think of a tally counter where you press the key once for each object, and the total number can be read out from the counter. Similarly, these neurons will increment their firing with each relevant object perceived. Research on rats, and more recently on mice, shows that they, too, behave as if there is an accumulator in their brains.

On numerical tasks, some birds are at least as good as mammals, including primates (apart from chimps). And the scientific literature contains at least one example of a bird – a grey parrot called Alex – that did know counting words and could verbally report the number of objects in a collection up to about seven. Unlike mammals, birds have a reptilian brain, inherited from their dinosaur ancestors, that lacks a cerebral cortex. Nevertheless, Nieder discovered neurons in the crow’s pallium that act like the number neurons in a primate cortex.

In the case of the túngara frog, where counting is essential for mating and reproduction, the biologist Gary Rose discovered a neuron in the inferior colliculus, part of the auditory system, that checks that the number of croaks has the correct rate to be an advertisement call – and not some other type of call. Another type of neuron counts the croaks. Of course, female túngara frog brains also have to be able to count to select the fittest male.

Fish have brains that are even more different from our own but, as mentioned, small fish, such as zebrafish, can benefit from a number sense in choosing a larger shoal. Scientists are beginning to discover how their tiny brains do this: it turns out that neurons in the zebrafish pallium respond to changes in visible number. Insects, too, exhibit number sense despite brains that are far smaller than ours. Bees have brains of 1 million neurons (we have about 86 billion). Ants have even tinier brains, just 250,000 neurons. Nevertheless, one species of desert ant tracks its number of steps to estimate the distance between the nest and a food source, and will use this to find its way home. If its legs are lengthened or shortened after reaching the food, its return journey will be a predictable overshoot or undershoot.

The discovery of numerical abilities across the animal kingdom, even among ants, raises the question of whether, to some extent, our own abilities might have descended from the common ancestor of ants and humans. To establish the link, scientists would need to be able to identify genes that we and other animals share that are implicated in numerical abilities. Maybe this isn’t so far-fetched: we share with other animals, even fruit flies, genes for timing.

One thing that my colleagues and I discovered in working with fish was that some individual fish seem to be much worse on numerical tasks than others of the same species. We are now investigating whether there is a genetic basis to these individual differences. This could help explain why around 5 per cent of people – those with dyscalculia – have serious trouble with even simple number tasks. It is possible that this learning disability, rather like colour vision deficiency, is the result of one or more genetic variants that makes the number mechanism less efficient in representing numbers, which in turn makes learning arithmetic more difficult.

Of course, even if we have inherited a basic number sense from distant ancestors, there are some big differences between humans and other creatures. First, we have languages, and counting words can be useful for careful and accurate enumeration – even if counting does not fundamentally depend on counting words. Second, we have very elaborate methods of social learning that depend in part on language, including formal and informal education. This means that numerical methods can be passed down and improved from generation to generation. The most commonly used system of symbolic numbers – the Hindu-Arabic digits with zero – is a relatively recent invention in the history of humanity. These digits make calculation much easier, which is why Leonardo Fibonacci’s book Liber Abaci (1202), which explained how to use them, became a bestseller, and why 13th-century merchants sent their sons to scuole d’abaco (schools of calculation) in Italy to learn them.

Nevertheless, modern, sophisticated numerical skills seem to be founded on a mechanism we have inherited from our nonhuman ancestors. When that mechanism isn’t working properly, then it is very difficult to acquire these skills.