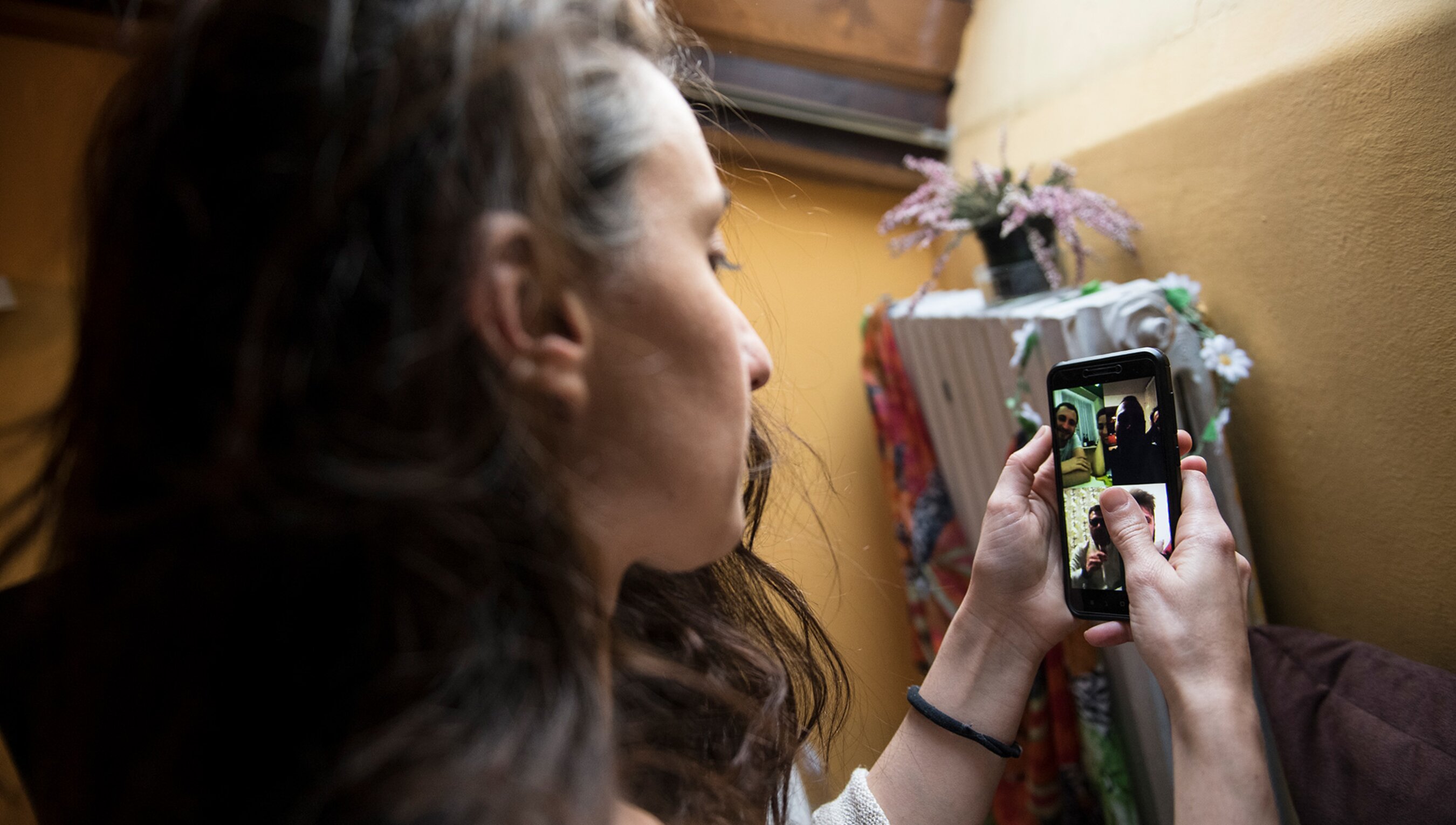 Digital entanglement is changing the nature of breakups

Whether you were together for years or it was just a brief fling, breakups suck – especially if it was your ex who decided to call it quits. In the course of a relationship, you become entangled in each other’s lives. You develop shared friends and activities and, in long-term relationships in particular, your sense of self becomes intertwined with your partner’s. Breaking up means extracting yourself from another person, practically and emotionally, and that can mean losing part of who you are.

In the past, this untangling largely happened in private: between the two of you, among your close family and friends. In the age of social media and smartphones, however, the experience of breaking up has been transformed. When things are going well, social media platforms do an amazing job of connecting people and maintaining relationships, and smartphones help you effortlessly create a rich digital record of your life together. But when you break up, as well as needing to practically and emotionally separate, you find that you’re trapped in a digital web together too.

My colleagues Daniel Herron, Wendy Moncur and I wanted to better understand how technology makes breaking up harder, and the impact this has on the individuals involved. In one study, we talked to 26 people aged between 18 and 52 across three research studies, whose relationships ranged from six months to 29 years in duration. We interviewed them about their breakups and how they dealt with (or didn’t deal with) the digital aspect of their relationships in the aftermath. We wanted to reflect on their experiences, and how people might be able to improve things going forward.

One of the most common issues that came up was to do with photos, both online and offline. In happier times, people value these ‘digital possessions’, because they help to create a sense of intimacy, serve as a trigger for remembering positive shared experiences, and are tangible symbols of the relationship. But it’s these exact benefits that make photos so painful when people split up: we don’t want to constantly remember any more, or be symbolically attached. Attempts to move on from an ex-partner, therefore, often involve making a decision about keeping or deleting things such as digital photos – and people who choose to delete tend to adjust better to their new circumstances.

For example, a couple of months after breaking up with his boyfriend, our study participant Ryan decided that he needed to wipe his Facebook account clean of his ex. But even after manually untagging and deleting every photo of him from his own account, Ryan realised that this wasn’t enough:

I noticed that he was there on photos that weren’t even of me and him. Like on photos of me and my mum that he had commented on … Looking through it all, it’s all those little things that remind you.

Sometimes, it can feel like the technology doesn’t want you to forget. Research shows that deleting digital memories is sufficiently laborious and emotionally taxing that some people simply give up without completing the task. But those who persist often find themselves battling technology that wants them to remember.

After breaking up with his girlfriend, our study participant Ethan deleted a large number of photos from his laptop, only to learn that his computer took it upon itself to restore the files he had successfully deleted. He used Time Machine software on his Mac, a built-in feature that automatically backs up files to keep them safe and recoverable. Handy for other files, but Ethan was frustrated to find that the program was keeping deleted photos of his ex safe too, forging a connection between him and his ex-partner of its own accord:

I just don’t know what to do. It’s like the Mac wants to help by saying: ‘You might want to get this back,’ but I’m like: ‘I’m okay, I really don’t want this back. Just let it go!’

This is assuming you even have access to the photos. For photos that your ex took and uploaded, the best you can do is untag yourself – but they’re still there in the digital ether for others to see. It was only after their breakup that Natalie realised her ex-fiancé had singular ownership of their digital life. He owned a high-quality camera, so he was the one to take photos and upload them to social media. ‘Ultimately, they are his photos,’ she said. ‘And he has the upper hand over my memories.’

The concern about memories is often, ultimately, about the future – especially when it comes to new partners. For Ryan, he erased his ex from his social media accounts precisely because of what future partners might think:

If I was dating and I wanted to meet someone else, I wouldn’t want them to go on my profile and see everything from my relationship with him. They’d be like: ‘Oh God, that’s a bit much!’

Worse still: social media means that you can now see when your partner has moved on. Bella and her ex-boyfriend wanted to remain friends after their breakup and made a joint decision not to remove each other from social media. Although remaining connected on these platforms started off fine, it became problematic when Bella’s ex began dating someone new:

The worst is when you find photos of them with new people. That was horrible … It would have been useful if Facebook didn’t feel the need to tell me.

For Bella, seeing her ex online compounded her sense of heartbreak. For others, the opportunity to stay connected to former partners turns into something more sinister. Facebook and other platforms can become a way for someone to keep tabs on their ex-partner. Individuals who report visiting their ex’s Facebook profiles often, or who report knowing when their ex hasn’t updated their profile in a while, tend to be more distressed about the breakup.

At its most extreme, this becomes cyberstalking: the use of the internet or technology to harass or intimidate someone. One of our participants, Emma, tried to ignore her ex’s repeated messages asking to meet up. He then sent her threatening messages across different platforms, so she blocked him, but this wasn’t enough.

He started texting her with knowledge of where she was in the moment. Emma told us:

I got hundreds of messages … Things like ‘I see you’re over at [friend]’s house tonight?’, and ‘You’d better find somewhere else to park your car.’

She assumed he was following her in person, until he told a mutual friend what he was doing and Emma finally learned what had been going on.

While they were together, Emma and her ex shared access to their location data on Google Maps, so that quick checks replaced texts such as ‘Are you almost home from work?’ Although Emma forgot about this connection, her ex didn’t. Once she learnt what was going on, she was able to revoke his access, take control of the situation, and finally break the last hold-out of their digital connection. The trouble is, at the moment, the digital disentanglement falls squarely on the individual. It is the individual who must untag and erase memories, revoke access, and contact their ex to do the same.

The solution isn’t to act differently during the relationship: no one should have to think ‘What if we break up?’ when they’re posting photos or sharing their life together online. Instead of putting the burden of effort on the user, tech companies should consider how they can better support people in disconnecting digitally. For social media platforms such as Facebook and Instagram, this could be a more granular set of controls to remove traces of an ex from a profile. For example, a more detailed set of options as to what stays and what gets deleted when a relationship status is changed: things such as untagging or removing certain types of metadata from posts; keeping posts visible to some, but not to others; or making comments, reacts and shares hidden. For apps that share data between users, such as Google Maps, it could be as simple as reminding users every few weeks or months to review who has access to their data.

The problem therefore does not lie in the moment-by-moment usage – it’s natural to want to record and share important relationships in our lives. The problem is in the aftermath, and tech companies should provide people with better tools to curate and control their online identities in the aftermath of heartbreak. Such tools won’t stop breakups being monumentally painful, but they might, at least, help us move on.

Thank you to my collaborators Daniel Herron and Wendy Moncur, and the Engineering and Physical Sciences Research Council (EPSRC) and the Netherlands Organization for Scientific Research (NWO) who funded the key research cited above.