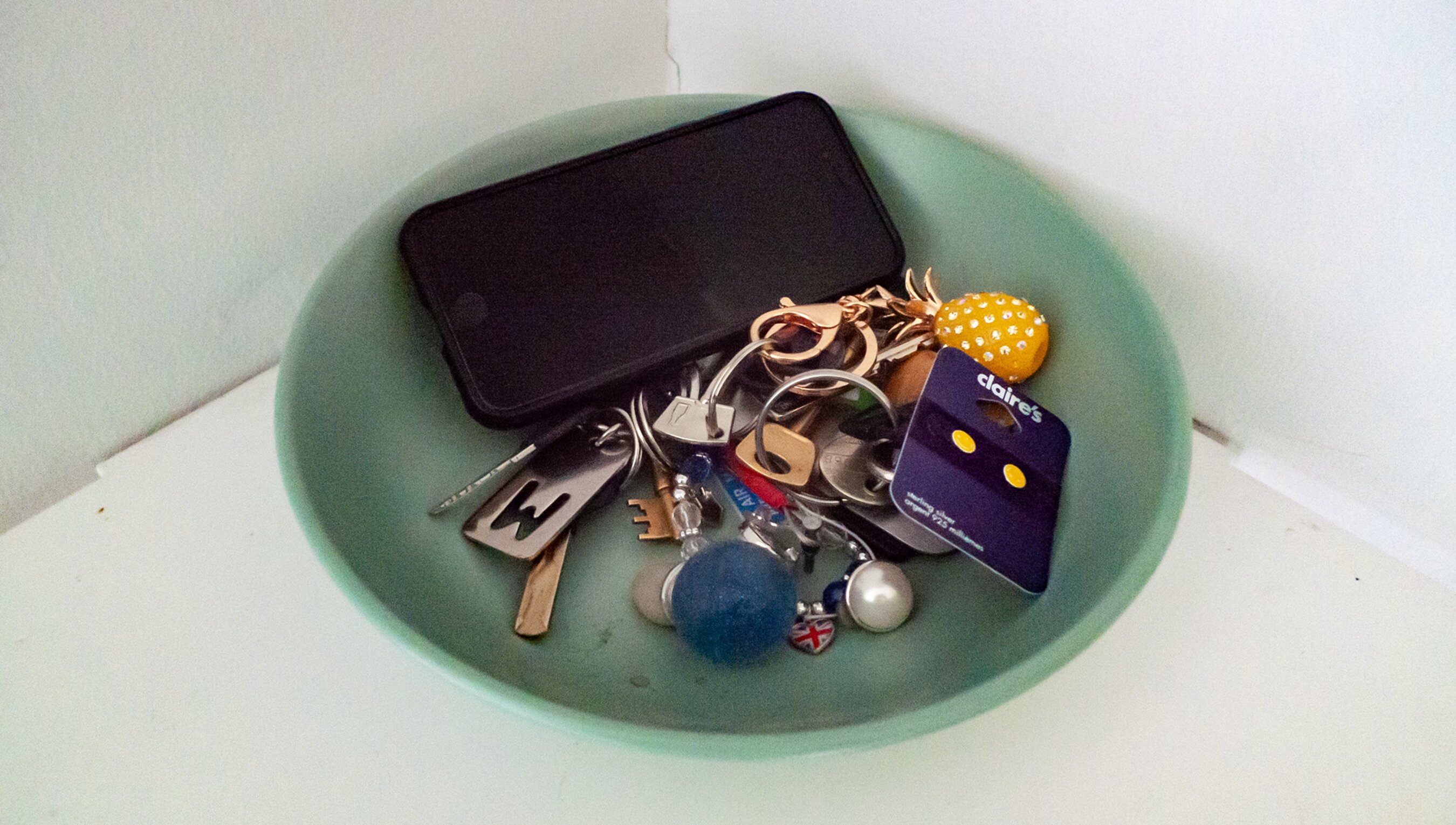 Leave it at home. Be free. Photo by Aeon

The pleasure, the pain and the politics of a digital detox

Leave it at home. Be free. Photo by Aeon

is professor of media studies at the University of Oslo. She is the author of Media Resistance: Protest, Dislike, Abstention (2017) and Digital Detox: The Politics of Disconnecting (2020), and co-author of The Media Welfare State: Nordic Media in the Digital Era (2014).

A decade ago, smartphones would constantly ring in public; now, social norms dictate that the sound be off. Individuals, cultures and societies define when it is appropriate or necessary to put away digital devices.

‘It’s addictive,’ says a woman in her 40s. She occasionally deactivates her social media accounts and does a digital detox every summer. For her, logging off is ‘a mixture of liberation and abstinence’. A middle-aged man takes periodic breaks from ‘toxic’ news coverage and describes his computer as a ‘digression machine’: ‘You just lose it, it has such a strong logic of its own.’ A young woman ‘loves social media’ but needs pauses. She believes your ‘social antennas’ deteriorate: ‘You get worse at conversing and being present for those around you.’

Together with colleagues, I study why and how people take breaks from digital media. The statements above are summarised from interviews. It is difficult to pin down the frequency and nature of digital disconnection, but evidence of perceived overuse is everywhere. In surveys, a sizeable proportion of the population answers affirmatively to the question ‘Do you think you are spending too much time online?’ Self-help books and online sites flourish with tips for logging off. Mass media and academic articles discuss screen times, addictive behaviour, and motives for disconnection.

The term digital detox was seldom used before 2010 but has gained popularity as we move towards 24/7 connectivity. Digital detox has become shorthand for taking a break and other acts of self-restricting media use. Going offline, a scroll-free month, an unplugging day, or a digital sabbath describe similar actions.

While large parts of the world still lack access, unplugging is often seen as a luxury for the internet-rich. A search in Factiva, the international media database, shows that the United Kingdom tops the list of countries referring to ‘digital detox’, followed by Germany, the United States, India and Australia. While many struggle to connect, others struggle to disconnect. What people disconnect from varies, but some digital irritants are worse than others. The most mentioned industries in connection with digital detox are, by far, social media and smartphones, and Mark Zuckerberg is the most referenced individual.

In my book Digital Detox: The Politics of Disconnecting (2020), I point to three main motives for taking a digital break. Being present is an overarching concern. Digital media allow us to be in several places at once, but people also want to be present where they are, in their actual physical locations, with the people who are with them there. Although a sharp boundary between online and offline communication is hard to pinpoint, face-to-face communication is frequently positioned as more authentic.

Productivity is second. Digital tools are time-savers but also big-time time thieves. People have things to do apart from being online: read a longer text, write something, get on with their homework, or do something with their hands. Online media interrupt workflows, and concentration wanes due to self-interruptions.

A third motive is to salvage privacy. Social media offer community, but people self-restrict to protect their privacy. There is unease about sharing one’s private information, and concerns are rising after numerous scandals. There is also a desire to protect one’s life against the onslaught of others’ private information, either seen as banal and uninteresting, or glorified and impossible to live up to.

Ambivalence emerges from these descriptions; online media offer both pleasure and pain. Pleasure because they provide endless entertainment, diversion, and valuable contact. Pain because the attention economy employs ruthless mechanisms to drive time use and engagement, flattering you with Likes, tempting you with rewards, overwhelming you with notifications, and keeping you in the flow with no breaks between videos. Moreover, these are only some of the many measures employed to lock users to platforms.

Perhaps the best examples of the border between pleasure and pain lie in people’s descriptions of their checking cycles. A checking cycle is your routine when you pick up a smartphone (or other digital gadget) and scroll through your path of apps and websites. The routine is often pleasurable for five or 10 minutes, but soon becomes boring and repetitive; an endless stream of vacation photos on Instagram; the weekend weather does not improve even if you have checked it three times; the news is not new anymore but just constant updates on the same stories.

I have encountered many ways to self-restrict online media use in my research. A simple distinction is between methods to regulate behaviour and to regulate technology. Many do a combination of both.

Regulating behaviour is done by limiting the times and places where digital media or smartphones are used. Since platforms’ business model is to drive up time use, users resist by defining screen-time limitations for themselves and their families. Typical time restrictions are no iPads after lunch on Sunday, no emails before lunch on weekdays, and devices off after dinner. A typical screen-free zone defined by users is a meal with others, hanging out with friends, or being in bed. Smartphones are put away over a weekend, a holiday or a lunch break.

Regulating technology is done by using the available tools to limit supply. Notifications are turned off and sites blocked. Flight mode is a quick way to get offline, while apps such as Forest, Moment and Hold block access or reward offline time. People clean up and declutter their devices, delete apps, limit friends lists, terminate subscriptions, and deactivate social media accounts. Some revert to their old Nokia or buy a second-hand typewriter to take notes. In his book The Revenge of Analog: Real Things and Why they Matter (2016), David Sax points to how notebooks, records, stationery, vinyl and board games have become cool again; people get excited about physical objects and use them to slow down media use.

If you read a self-help book, you will find all these measures as recommendations. This is the toolbox. Many of the tools are working. Still, there is little evidence that a digital detox will quick-fix your media routine. Furthermore, if you dose out recommendations and share detoxing advice, you risk being part of a blaming exercise. States, industry, self-help books, media and experts all seem to say the same thing: we offer advice and tools, but you need to step up! You are encouraged to be online in order to be a responsible digital citizen, but you are also responsible for balancing your digital life and logging off when needed.

Many people find it hard to take even a temporary break. Reducing online time or withdrawing from a social network site means spending time preparing and enforcing limits. Platforms and social media are easy to join but difficult to leave. In interviews, users describe their self-restrictive measures, but also their limited confidence in being able to follow through. Moving towards 24/7 connectivity means more work is required to disconnect and find compensatory alternatives. Hence, the possibility of digital detoxing is unequal. While many cannot disconnect for work or social reasons, the affluent can send their kids to offline schools or seek refuge in offline cultural or natural experiences.

In his book The Assault on Reason (2007), the former US vice-president Al Gore pronounced the internet as ‘perhaps the greatest source of hope’. The internet would liberate us from passive consumption, content manipulation and exploitation from corporate media, particularly television. In 2022, we are amid a so-called techlash, defined by the Cambridge Dictionary as ‘a strong negative feeling among a group of people in reaction to modern technology and the behaviour of big technology companies’. Digital detoxing and self-restricting will not bring down Facebook or limit platform power, but many perceive it as one of the few ways to resist the attention economy.

While many see media resistance as a modern form of technophobia or a moral panic, I find it more interesting to study it as one example of how citizens respond to invasive industries. Responding on an individual level is difficult, but collective patterns develop alongside individual attempts. Screen times and screen-free zones are often negotiated collectively, and collective norms alleviate the individual burden of self-regulation.

Studying digital-media breaks can reveal what individuals and collectives value in unmediated spaces, and the measures they take to protect it. Norms develop slowly, but relationships with digital devices adapt and change. There is no one solution to media intrusiveness, but many small solutions grow into standards.

What are the future prospects? First, many solutions emerge at the civil-society level. Schools, restaurants, public transport, workplaces and cultural events recommend or restrict patrons’ use of digital media. Second, norms vary between social arenas. I have studied hikers in primitive mountain huts; here, the nudges for appropriate online behaviour may differ from a tech startup, a place of worship or a nursing home, although norms develop in all these places. Third, norms vary according to generational, class, gender and cultural characteristics. Should a spectacular sunset be watched in contemplative silence, or snapped and shared with everyone? The answer has little to do with online media; instead, online-media norms tell us something about how we understand our social responsibilities and our place in the world.