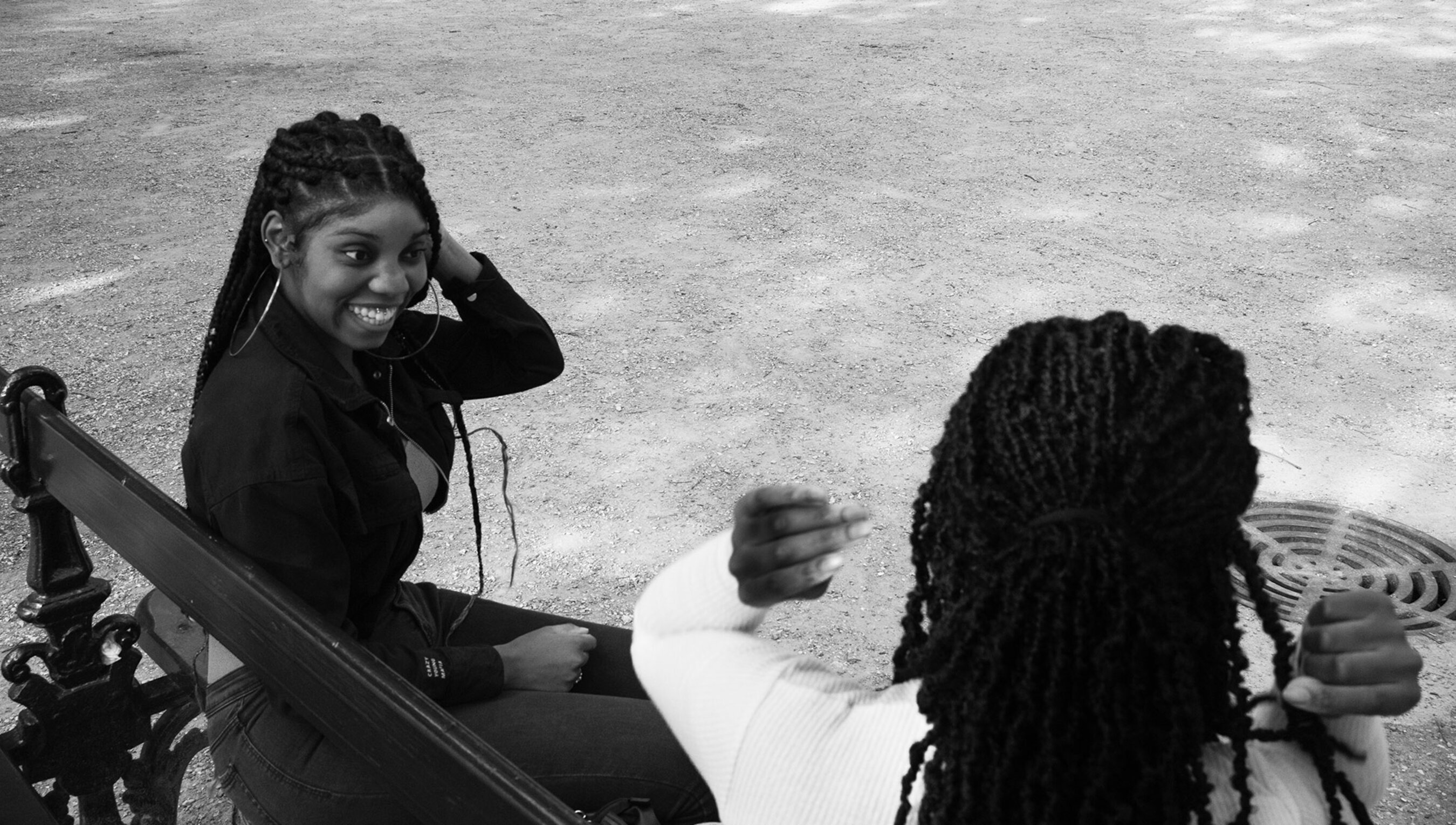 For Beauvoir, it’s friendship that lets us become truly ourselves

is the author of How to Be Authentic: Simone de Beauvoir and the Quest for Fulfillment (2022) and Existentialism and Romantic Love (2015), and co-editor of How to Live a Good Life (2020). She teaches at Columbia University, Barnard College, and the City University of New York.

Zaza Lacoin was a girl whose leg was burned to a crisp after her dress caught alight as she cooked potatoes over an open fire. But Zaza, it would seem, was a fighter. After a year in recovery, Zaza grabbed life by the reins. She would gallop bareback through pine forests in the Landes countryside. She played the piano and violin dexterously. Later, studying at the Sorbonne University in Paris, Zaza met, fell in love with, and planned to marry Maurice Merleau-Ponty, who became the foremost phenomenologist of the time. Zaza’s parents – militant Catholics and social snobs – found out and sabotaged the engagement. Not long thereafter, at age 21, Zaza died. The cause of death was inconclusive. Maybe it was encephalitis or meningitis. Maybe, exhausted and heartbroken, Zaza stopped fighting for her life; this is what Simone de Beauvoir believed.

Zaza was Beauvoir’s best childhood friend. They met at age nine, when Zaza sat next to Beauvoir at school and grew so close that teachers called them ‘the inseparables’ – which is the title of the novella that Beauvoir wrote about the friendship, posthumously published in 2020 in French (with English translations published in 2021). But the relationship was so important to Beauvoir that it takes up a large part of the first volume of her autobiography Memoirs of a Dutiful Daughter (1958) and is mentioned in other writings. More intriguingly, and by Beauvoir’s own admission, her entire philosophy of friendship was shaped by her friendship with Zaza.

Beauvoir and Zaza’s friendship was asymmetrical. Although Zaza considered Beauvoir to be a friend, Zaza, who was busy with her life outside school (family obligations, music lessons, boyfriends), was more languid about Beauvoir. Zaza later admitted that she was surprised at how much their friendship meant to Beauvoir.

When we recognise that other people’s lives are as real and vital as our own, then authentic friendship can flourish

Must a person be a masochist to be friends with someone who doesn’t feel the same way? Not necessarily. Beauvoir’s parents could be oppressive, condescending and patronising, dismissing most of what she said as absurd. But Zaza was a kaleidoscope to Beauvoir, reflecting abounding possibilities, encouraging her to see her being, her future, her intelligence in new and exciting ways. Zaza freed Beauvoir from the way her family related to her, allowing her to learn a new way of being in relationships and to feel valued as herself. Through their friendship, Beauvoir found a geyser of happiness, strength and self-confidence.

Beauvoir sensed a disparity with Zaza, but the contrast in feeling and perception was not a dealbreaker. ‘I didn’t require Zaza to have any such definite feelings about me: it was enough to be her best friend,’ Beauvoir reflected. ‘Love is not envy. I could think of nothing better in the world than being myself, and loving Zaza.’ Nevertheless, sometimes the discrepancy hurt Beauvoir. Zaza kept secrets that tormented Beauvoir long after Zaza’s death – not least the reason why she and Merleau-Ponty broke up.

Later, Beauvoir wrote that ‘for friendship to be authentic, it must first be free.’ Of course, there must be some kind of reciprocity in friendship, but how that reciprocity manifests is often lopsided. We tend to lazily think of friendship as symmetrical, when most of the time it isn’t – and doesn’t need to be, as long as the friendship is based on intersubjectivity.

Intersubjectivity means recognising that the risk of antagonism between people forever lurks, but relationships based on freedom are both possible and compelling. Intersubjectivity beckons us always to be on the lookout for pathways to channel enmity into affinity. When we understand that we are each subjects for ourselves and objects for others – in other words, when we freely and reciprocally recognise that other people’s lives are as real and vital as our own – then authentic friendship can flourish. For Beauvoir, authentic friendship springs from an exalted level of cerebral amity.

We’re often led to believe that, while friendship is valuable, it’s neither as excitingly glamorous as love, nor as sacrosanct as parent-child relationships. But Beauvoir’s feelings for Zaza couldn’t be boxed up so neatly. In The Second Sex (1949), Beauvoir distinguishes between spiritual and carnal desire. Spiritual desire is the intellectual ecstasy sparked when friends are vulnerable; for example, when they share secrets and diaries, show tenderness, and exchange fervent letters. Sometimes spiritual and carnal desire intermingle in the same relationship – which is the ideal of romantic love. But sometimes spiritual passion becomes entangled and confused with carnal desire and these feelings coalesce into a crush, especially in friendships between girls.

Beauvoir argues that the ‘cult of femininity in general’ teaches girls to see themselves and other women as objects of desire. And that infatuations can skew the power balance between friends. Sometimes one friend takes advantage of the other and sadistically exploits them, disrupting their intersubjectivity and killing authentic friendship.

When Beauvoir gave Zaza a silk handbag for her birthday that she’d painstakingly made from blue, red and gold silk mounted on a base of straw and lined with cerise satin, Zaza was surprised and blushed. Beauvoir didn’t demand that Zaza feel the same way about her, but then nor did Zaza take advantage of Beauvoir’s feelings that the gift disclosed. Thus authentic friendship could be maintained.

Can you admire someone greatly, even passionately, without wanting to have sex with them?

It is possible, certainly her mother thought so, that Beauvoir edged towards infatuation with Zaza. In Beauvoir’s memoir, she recalls: ‘I allowed myself to be uplifted by that wave of joy which went on mounting inside me, as violent and fresh as a waterfalling cataract, as naked, beautiful, and bare as a granite cliff.’ Nevertheless, Beauvoir also said that ‘the kind of love where you kiss’ held no meaning for her.

Beauvoir and Zaza were not physically affectionate. They referred to each other with the formal vous, and to other friends with the informal tu. But they were intellectually affectionate. They talked vivaciously about ‘adult’ things such as justice, Napoleon, travel, and classic books such as Don Quixote (1605-15) by Miguel de Cervantes, and the story of Tristan and Isolde. They introduced each other to scandalous books, and challenged each other’s insights and beliefs, such as whether God exists, how marriages of convenience are similar to sex work, whether giving birth is like writing books, and how you can be sure a person will love you forever. They mocked their teachers and complained about their tyrannical parents. They shared secrets, insecurities, and coping mechanisms. Zaza confided in Beauvoir that she sliced her foot open with an axe to escape obligations, drank white wine in the morning – sometimes mixed with her coffee – and regularly prayed for her own death.

The ambiguity of where we each draw the line between spiritual and carnal desire challenges us to question our own understanding of friendship. Where does friendship stop and sensuality start? Can you admire someone greatly, even passionately, without wanting to have sex with them? Although our feelings can confuse us, surely the answer has to be yes. You can love someone’s mind without reducing it to sexual desire. We limit our possibilities and impoverish ourselves if we put such stifling rules around what friendship can be.

While carnal desire roots us in immanence, tethering us to our animal nature, spiritual desire can transcend such facts of our bodies. If what Beauvoir felt was sexual desire, she didn’t allow herself to be held captive by those feelings, or try to seduce Zaza into loving her in the same way. Beauvoir seems to have transcended sensuality, respected Zaza’s way of wanting to be in a relationship with her, and prioritised freedom. In doing so, the two friends created a space where intersubjectivity, fuelled by cerebral passion, could flourish.

Beauvoir’s life-long partner Jean-Paul Sartre read a draft of Beauvoir’s novel The Inseparables. He didn’t care for it. He said it was too sad. Or perhaps he was jealous. The intersubjective message of the novel certainly didn’t gel with Sartre’s early philosophy. Sartre believed that we can never trust one another beyond doubt, and therefore there is no foundation on which to connect with other people and understand them.

Beauvoir, however, believed alterity to be vital for recognising that I exist, but also that other people exist – separate from me but also just like me: they’re thrown here on Earth, they’re human, they’re trying to navigate their way through life just as I am, and we are the context of one another’s existence. Crucially, for Beauvoir, our singularities are a ‘metaphysical fact’, but ‘the tragedy of the unhappy consciousness [arises when] each consciousness seeks to posit itself alone as sovereign subject.’

Beauvoir believed that friendship is the means to overcoming the tragedy of our radical separation. Friendship is the key to affirming our freedoms in concrete ways and creating ethical connections with others. In her memoir, Beauvoir credited her friendship with Zaza for her sanguine attitude. When we stop trying to dominate others, and when we give up our own self-importance, then we open up possibilities to move beyond antagonism and towards what Beauvoir called an ‘authentically moral attitude’. Evidently, Beauvoir convinced Sartre, too. In a posthumously published notebook, Sartre wrote about the virtue of generosity and defined ‘true friendship’ as ‘[c]ombatants who together create a setting of intersubjectivity in their own way.’

Throughout their 12-year friendship, Beauvoir and Zaza did create a setting of intersubjectivity in their own way. While at university, Zaza wrote that Beauvoir helped her to cope with her feelings of being lost and isolated. As her engagement to Merleau-Ponty dematerialised, Zaza wrote: ‘I have never loved you as much as I do now, my dear Simone, and I am with you always, with all my heart.’ In her deathbed delirium, Zaza called out for what she loved most in her life: ‘my violin, [Merleau-Ponty], Simone, champagne.’

Creating authentic friendships isn’t easy. It’s a never-ending process. Neither symmetry nor success are ever guaranteed. Being vulnerable always puts us in jeopardy. The risk of asymmetry is bound to induce anxiety. But we have to keep trying. Anxiety is the price of unfathomable joy when we do connect with another person in the realm of authentic friendship. And because a friendly attitude towards others is, for Beauvoir, the basis of ethical relationships, this anxiety is also the ransom for affirming our own existence as well as our progress and plenitude as humans.