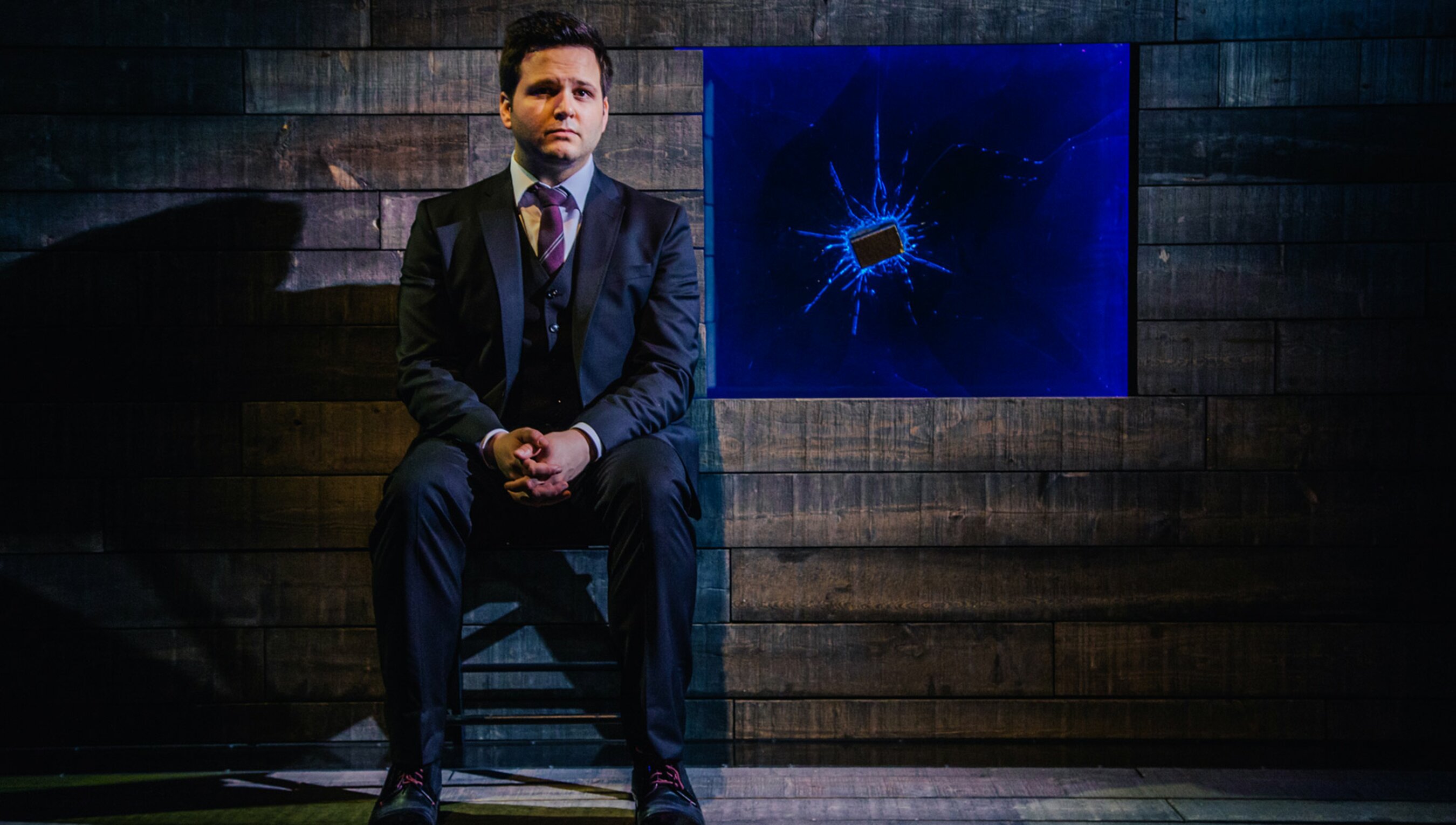 For neuroscience, magic opens a doorway to multiple realities

is a neuroscientist at the Spanish National Research Council at the Institute of Neuroscience in Alicante. He is the co-author, with Jordi Camí, of The Illusionist Brain: The Neuroscience of Magic (2022). He lives in Sant Joan d’Alacant, Spain.

is a medical doctor and professor of pharmacology at Pompeu Fabra University in Spain. He is the co-author, with Luis M Martínez, of The Illusionist Brain: The Neuroscience of Magic (2022). He is a member of the Spanish Society of Illusionism and lives in Barcelona.

It’s not possible. There must be a rational explanation. Surely, you say to yourself, there is a logical justification. But no matter how hard you look, there is no answer that aligns with what you know about reality. With the magician’s final deception, the last act of their trick, the audience encounters the impossible: a bird appears out of thin air, a person begins to levitate and fly, or private thoughts are read like pages in a book. Magicians do things spectators know aren’t possible. This is the power of illusion. As the American magician Simon Aronson put it in 1980: ‘There’s a world of difference between a spectator’s not knowing how something’s done versus his knowing that it can’t be done.’ But magic is not only an encounter with the impossible. It is also an encounter with the perceptual machinery we use to assemble reality.

The neuroscience of magic is, in essence, the study of these encounters. Arts of illusion are often taken for granted, explained away as a series of clever tricks, but in the sharp and magical transition from possible to impossible we find answers to some of the most fundamental questions in philosophy and cognitive science. Answers that reveal the ways we live across multiple assembled realities.

Any study of impossible encounters is built on surprise, a fleeting mental and physiological reaction to the unexpected that marks the difference between our expectations and reality. Surprise makes us suffer when we learn a close friend has unexpectedly died; it brings us joy when, against all odds, we learn we’ve won the lottery. Regardless of its valence, for better or worse, surprise can be powerful. It changes us. It can move us to face the unexpected, prompt us to struggle for a solution, or leave us overwhelmed, lost in a sea of uncertainty. And one of the best places to witness its full power is seated in front of a magician, surrounded by an attentive audience. For neuroscientists of magic, surprise reveals how magicians exploit the functioning of our brains. For magicians, however, surprise is a currency they use to trade between forms of reality.

Magic and illusion show that this reality isn’t how things really work. The world is not seamless

Consider the American artist Derek DelGaudio’s disappearing brick. In one of his recent shows, he tells a story about a memory he has of being six years old and learning that his mother was gay. When others in their conservative town found out, a brick was thrown through her car window. As DelGaudio tells the tale, he takes a brick from the set behind him and gradually hides it by building a house of cards. He handles each card elegantly and casually. Everything seems familiar. We can almost anticipate his behaviour, speech, movement and body language. The cards are slowly assembled, hiding the brick. Nothing breaks the story, nothing catches our attention or challenges our assumptions about what will happen next – nothing challenges our sense of reality. This is the magician’s duty: to lead us along familiar paths, full of certainty. Magic can be described in the same way that Arthur Schopenhauer described melody in The World as Will and Idea (1818): as a ‘significant intentional connection from beginning to end’. Until, of course, an impossible ending breaks all our expectations. Surprise! In one movement, DelGaudio knocks down the house of cards. The brick has disappeared. The audience momentarily freezes as they experience the awe of the impossible. For neuroscientists of magic, all the daunting complexity of human cognition hides in this simple scene. Though we experience the world as a continuous, seamless whole – in which solid objects don’t just disappear without an apparent cause – magic and illusion show that this reality isn’t how things really work. The world is not seamless: we live across multiple, assembled realities.

For most neuroscientists, experiences of visual or cognitive illusions, like DelGaudio’s, reveal the limits of our brain’s circuits. From this perspective, illusions (and surprise) are unavoidable mistakes. If they weren’t, the argument goes, the perceptual information we receive from our senses would generate perfect mental images of the world. However, we now know that this isn’t the whole truth. Instead of just perceiving the world from information flowing into our brain, we seem to assemble and create versions of reality. We actively seek, select, ignore or alter a large amount of received sensory information in order to build a mental version of reality as we experience it. According to the British philosopher Andy Clark, perception is an active and dynamic process, in which our expectations about the world are continuously being calibrated and updated by the seamless flow of sensory information we receive. Our perceptions are really just best guesses, hypotheses or predictions that we make to explain what we see. These explanations are built on many foundations, including our knowledge about the world’s physical properties, the meanings of objects and their dynamic relationships, everything that we have ‘learned’ throughout the evolutionary history of our species, our cultural education, personal experiences and memories. Our sense of reality, of the possible and impossible, emerges from these explanations.

What all of this suggests is that ‘possible’ and ‘impossible’ are not two opposing categories. They’re two extremes on a continuum of probabilities that give rise to our assembled realities. What we take to be real – or possible – is simply what we perceive as most likely to occur. This is about our ability to make predictions based on our explanations. When we fail at properly predicting something – when our best guesses miss the mark in a disastrous way, as it is often the case in a magic show – we experience true surprise. Magicians use this to interfere with our ability to make predictions based on our perceptions. And in doing so, they expose the ways we tacitly produce explanations of how the real world should work. In some ways, this is their real ‘trick’. But how do they do it?

When an audience ‘unwillingly suspends disbelief’ while witnessing an illusion, sensations and enjoyment of surprise are enhanced

Every magician inhabits two realities, the one perceived by the audience, and the one manipulated to successfully create an illusion. These two realities never intersect because magicians must become masters at governing the visibility or invisibility of their objects. No wonder Max Dessoir, a German philosopher and psychologist, wrote in 1893 that magic is ‘the art of so influencing the observer that one can do everything before his nose without his noticing it’. Magicians can trick their audience because, as fellow humans, they share implicit knowledge with them – knowledge about the world’s rules, the physics of the environment, and a profound familiarity with human and social conventions. Magicians can trick us because we, the audience, through our very efficient predictive abilities, think we can anticipate what will come next, as if we were the ones on stage performing the trick. To surprise us, magicians must constantly keep this environmental and social knowledge in mind. They must know what we believe and what we know, in order to suspend our disbelief.

Authors of fiction, film directors and actors often do the same: they ask people to temporarily postpone their judgment on the impossibility of a story. But there is a key difference between these art forms and magic. In an interview in 2012, the American magician Teller explained it like this:

In typical theatre, an actor holds up a stick, and you make believe it’s a sword. In magic, that sword has to seem absolutely 100 per cent real, even when it’s 100 per cent fake. It has to draw blood.

For Teller, theatre involves the ‘willing suspension of disbelief’, while magic involves the ‘unwilling suspension of disbelief’ – magic is a way of depicting impossible events as though they were really happening. By witnessing an illusion, the rules of reality that we have learned to predict begin to break. The trick, for an artist, writer or magician, is knowing how to break these rules convincingly. Aristotle stated that when writers are creating their work, they should prefer ‘plausible impossibilities’ over ‘implausible possibilities’. For a possible situation to seem plausible, it need only be reasonably consistent with our expectations about the world. In novels, the impossible is made plausible through stories full of logic and verisimilitude. The English poet and philosopher Samuel Taylor Coleridge in 1817 suggested that, if a writer could give an appearance of reality to a fantastic story, readers would suspend their critical capacity and disregard the impossibility of the story. The novelist J R R Tolkien went even further in his essay ‘On Fairy-Stories’ (1939), arguing that an impossible story need not appear credible in the real world: it must be consistent only with a secondary reality that corresponds to the fictional world an author has created. Readers or spectators remain immersed in that secondary reality and do not need to suspend their capacity for judgment based on their expectations about the real world.

From Teller’s perspective, these are examples of the ‘willing suspension of disbelief’ in which we allow ourselves to accept a second reality. But when an audience ‘unwillingly suspends disbelief’ while witnessing an illusion, sensations and enjoyment of surprise are enhanced. This is something that a magician achieves by creating a secondary reality but, unlike the suspension of disbelief in novels, this second reality does not break with expectations about the real world – until the final act.

To experience magic, spectators must believe that they are witnessing something impossible but real enough that the experience produces vivid emotions. They must believe that what they are witnessing is neither fantasy nor dream, nor even an illusion. When we see Peter Pan flying in a movie, we know that what we are seeing is fiction. When we see the American magician David Copperfield flying onstage, however, we experience the flight as real, even though we know it is impossible. Through magic, the spectator does not have to imagine the impossible because the impossible is experienced as real. And no other art form or human activity can provide that.