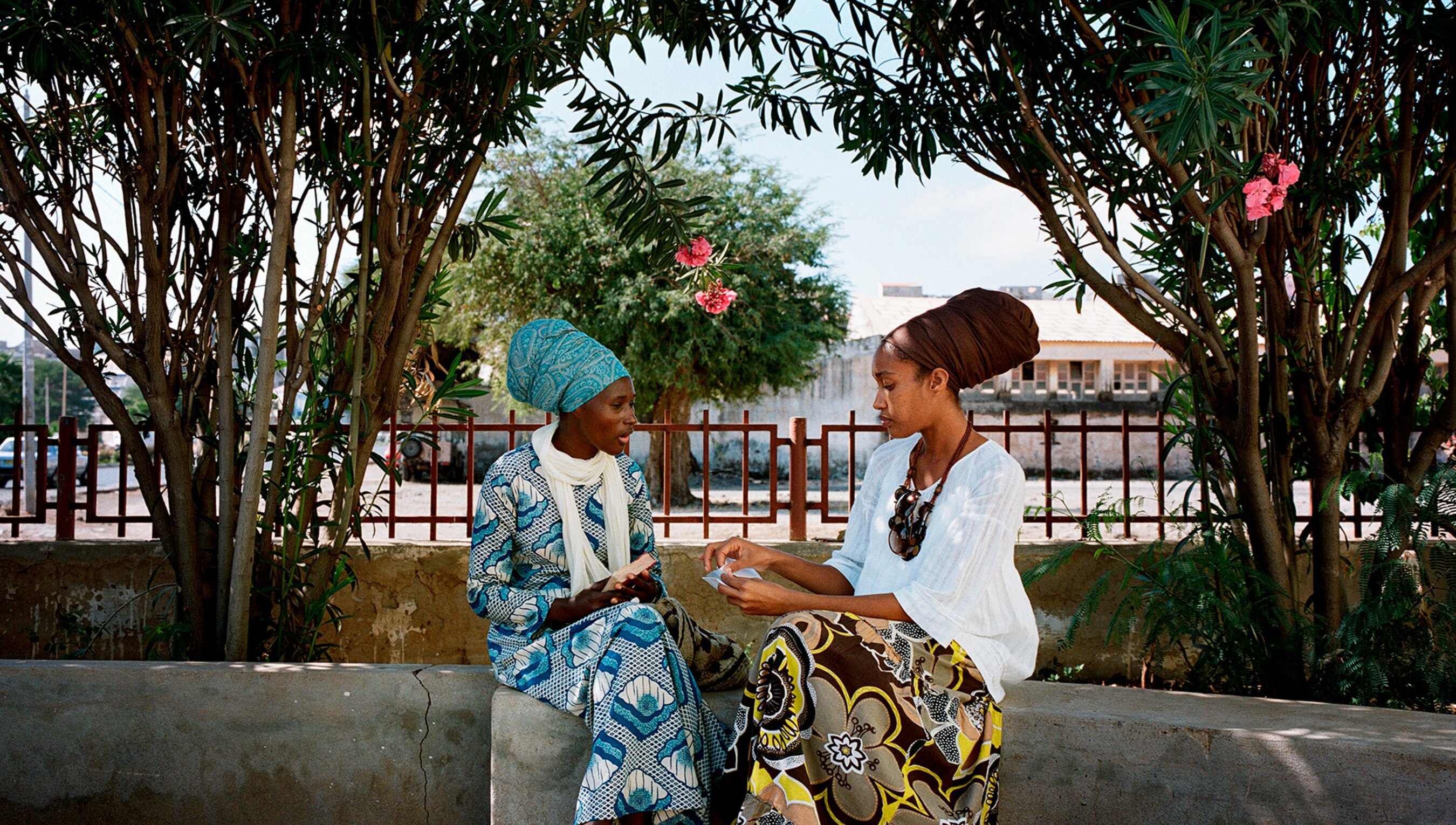 Gossip fosters intimacy and even saves lives, but keep it offline

is assistant professor of history at the American University in Cairo and the author of Gossip Men: J Edgar Hoover, Joe McCarthy, Roy Cohn and the Politics of Insinuation (2021).

Last year, the fiancé of a distant acquaintance went missing. Returning to his houseboat after a night of drinking, he decided to go for a swim. When friends and family were unable to reach him in the following days, local authorities launched a search.

Rumours abounded on the internet. The missing man was a chemist, possibly working on a COVID-19 vaccine; perhaps his professional duties played a role in his fate? Posters on online message boards all but accused his fiancée of complicity after she behaved erratically and admitted the couple had argued on the night of the disappearance. (Some raised eyebrows when she organised a community search for her missing beau and asked those participating to come in costume. She posted smiling selfies from the event.) An aspiring social media influencer, the fiancée’s online posts provided an endless supply of grist for the rumour mill. She wrote frankly about her alcoholism, her children from a previous marriage, her obsessive pursuit of fitness, her mental health struggles, and her romantic relationships.

During some of the darkest days of the pandemic, my wife and I gossiped about the posts with close friends. Dressed in layers to protect us from the Minnesota winter, we sat six feet apart on their back deck, seeking human connection at a moment of mandatory social distancing. Even though the events at the heart of the story were tragic, we found it difficult to regard them with the appropriate seriousness. While the fiancée’s online performance was designed to inspire empathy, it more frequently resulted in our judgment. At our worst moments, we wondered if the story had been fabricated, an elaborate ruse to kickstart the fiancée’s career as an influencer.

Unsurprisingly, we were wrong about the missing fiancé. Three weeks after he disappeared, his body was found in the water near where he had last been seen.

My wife and our friends had grown up with his bride-to-be, but I hadn’t. When we originally discussed the disappearance and the social media storm around it, I had been the most judgmental. I had never even met the fiancée, and having social media as my only window into her story made me less empathetic. It was easy for me to regard the events as the plot of a poorly produced TV movie, and to depersonalise the principals as mere actors in the drama. By granting me distance from those people, social media allowed me to embrace the worst elements of gossip; I enjoyed the illusion of access to this woman’s thoughts and intentions, but no real connection to her.

Villagers in Malawi rely on gossip to judge potential sexual partners, specifically whether the object of their affection is likely to be HIV positive

The way we learned of that gossip was quintessentially modern. Our desires surrounding it – to know more, to share it with friends, to pass judgment – were ancient, even primal. Though widely derided, gossiping has historically served an essential social function by fostering interpersonal connections. At its core, gossiping is an intimate act, requiring the discussion of sensitive topics in enclosed spaces. But by helping to depersonalise gossip, the internet (generally) and social media (specifically) have exacerbated the worst elements of gossip while diminishing its positive aspects.

The index of the Bible that my wife received for her confirmation lists seven passages condemning gossip, six in Proverbs and one in Second Corinthians. An online search of other English translations reveals additional references in Romans, Ezekiel, Timothy and Psalms, among others.

While Proverbs warns of telling secrets, and Timothy cautions against those ‘saying what they should not’, Romans 1:29-31 places gossips in particularly poor company:

Among its many sins, gossip is said to destroy reputations, spread misinformation, ruin friendships, strain social bonds, foment misbehaviour, degrade workplaces, and promote a general tone of suspicion. Social and moral commentators from the etiquette expert Emily Post and the philosopher Bertrand Russell to the painter Norman Rockwell to Pope Francis have counselled against its ills. For others, gossip is meaningless, a social frivolity embraced by those who lack the seriousness to engage in more enlightened conversation.

But the work of numerous sociologists, anthropologists, psychologists and historians has demonstrated that gossip not only matters – it can also perform a social good. In his book Grooming, Gossip, and the Evolution of Language (1996), the evolutionary psychologist Robin Dunbar argues that gossip is an evolved form of the grooming rituals practised by other primates. It allows individuals to exchange important information, keep track of their allies and competitors, and manage their reputation. Most importantly, gossip helps promote social ties, especially when human communities grew so large that not all members knew each other. In such complex societies, reputation encourages communal relationships among individuals who are not personally acquainted. As Dunbar concluded in a later essay, gossip ‘is the core of human social relationships, indeed of society itself. Without gossip, there would be no society.’

Gossip is still regarded as a feminine form of communication, even though a mountain of evidence shows that it is embraced by individuals of all genders

Gossip can help people and communities forge closer personal relationships, define social and moral boundaries, and communicate essential information. The philosopher Lorraine Code has argued that gossip can be a central tool in persuading people to shift their political and moral positions. Work by the sociologist Susan Cotts Watkins has shown that villagers in Malawi rely on gossip to judge the fitness of potential sexual partners, specifically whether the object of their affection is likely to be HIV positive. In a country with a high prevalence of AIDS, that gossip – which Watkins argues is highly accurate – can be the difference between life and death.

In large part, gossip’s capacity for promoting social cohesion stems from the fact that sharing gossip is an intimate act, one that necessitates a level of trust between the participating parties. To wit, the word ‘gossip’ has its roots in one of the most personal spaces, the birthing room. It grew from godsibb, a term for the attendants at a child’s baptism, with roots dating back to the 11th century (‘godparent’ shares the same derivation). By the 16th century, godsibb had become gossip, a noun used to refer to the ‘close female friends whom a woman invited to attend her at childbirth’, as the sociologist Melanie Tebbutt puts it in Women’s Talk (1997). Men – who were explicitly barred from the delivery room – came to fear what was being said in their absence. As a result, the term came to embody the two interrelated meanings that are most common today.

By the early 17th century, English writers were using it to refer to ‘a person, mostly a woman, of light and trifling character, especially one who delights in idle talk’. As that definition suggests, gossip was understood to be a feminine form of communication; a 1755 British dictionary defined it as ‘one who runs about tattling like women at a lying-in’. But as early as the 17th century, American and British writers were referring to gossip as a form of communication rather than the person who expressed it, deriding it as ‘women’s idle chatter and rumourmongering’. The Oxford English Dictionary reports that by 1811 the definition had expanded to include its second modern meaning, ‘the conversation of such a person; trifling or groundless rumour’. These origins are a key reason why gossip is still regarded as a feminine form of communication, even though a mountain of evidence shows that it is embraced by individuals of all genders.

Gossip requires three participants: a transmitter, the individual who shares the gossip; a receiver, who absorbs the gossip; and a subject, whom the gossip concerns. In sharing gossip, the transmitter is trusting that the receiver of that information will put it to good use and – if the gossip has negative implications – be circumspect. There is also the expectation that the transmitter will become the receiver in the future; using Dunbar’s language of grooming, we can call this the ‘you scratch my back, I’ll scratch yours’ assumption of gossip.

In sharing gossip with all of one’s followers on social media, the medium’s power as a social adhesive is mitigated

The intimate nature of gossip is also reflected in its common subjects, many of which are considered inappropriate for public discourse. The juiciest pieces of gossip often involve topics that are socially sensitive: sex, infidelity, intemperance, moral failings, dishonesty, sin. A willingness to discuss such matters raises the level of intimacy between transmitter and receiver. Even the physical acts surrounding the sharing of gossip reflect this intimacy. We lower our voices, lean in, raise our eyebrows. We blush. Our palms become clammy. We form an alliance with our gossip partner.

The trouble with spreading gossip over social media is that the medium amplifies the worst trappings of gossip – the voyeurism, the superficiality, the illusion of access – without providing the benefit of meaningful social connection. Looking at photographs of a friend’s honeymoon in Jamaica gives us the feeling of connection with that person. We think we know what is happening in their lives, and judge accordingly (good or bad). But it’s a far cry from actually interacting with that friend over coffee or dinner, or gossiping about the tackiness of the honeymoon with a third acquaintance.

While increasing the speed and distance at which a message can be relayed, social media and the internet have also undermined the intimacy of that message. The depth of the connection between the transmitter and the receiver is limited by the fact that social media is the antithesis of an intimate space. Of course, gossip continues to be spread in person and over the telephone, but in sharing gossip with all of one’s followers on social media, the medium’s power as a social adhesive is mitigated.

At its best, gossip helps us form essential social connections and strengthen those bonds. At its worst, it enables us to embrace a disconnected, self-involved worldview. Social media is somewhat similar: we often marvel at its connective power, the way it allows us to build communities with those who are half a world away. But it is also a medium that can just as easily promote distance. The combination of the two – gossip and social media – is bringing out the worst elements in both. Good gossip still exists – but social media is not helping us participate in it. True community-building is best accomplished offline, even if the topic of conversation is idle talk.