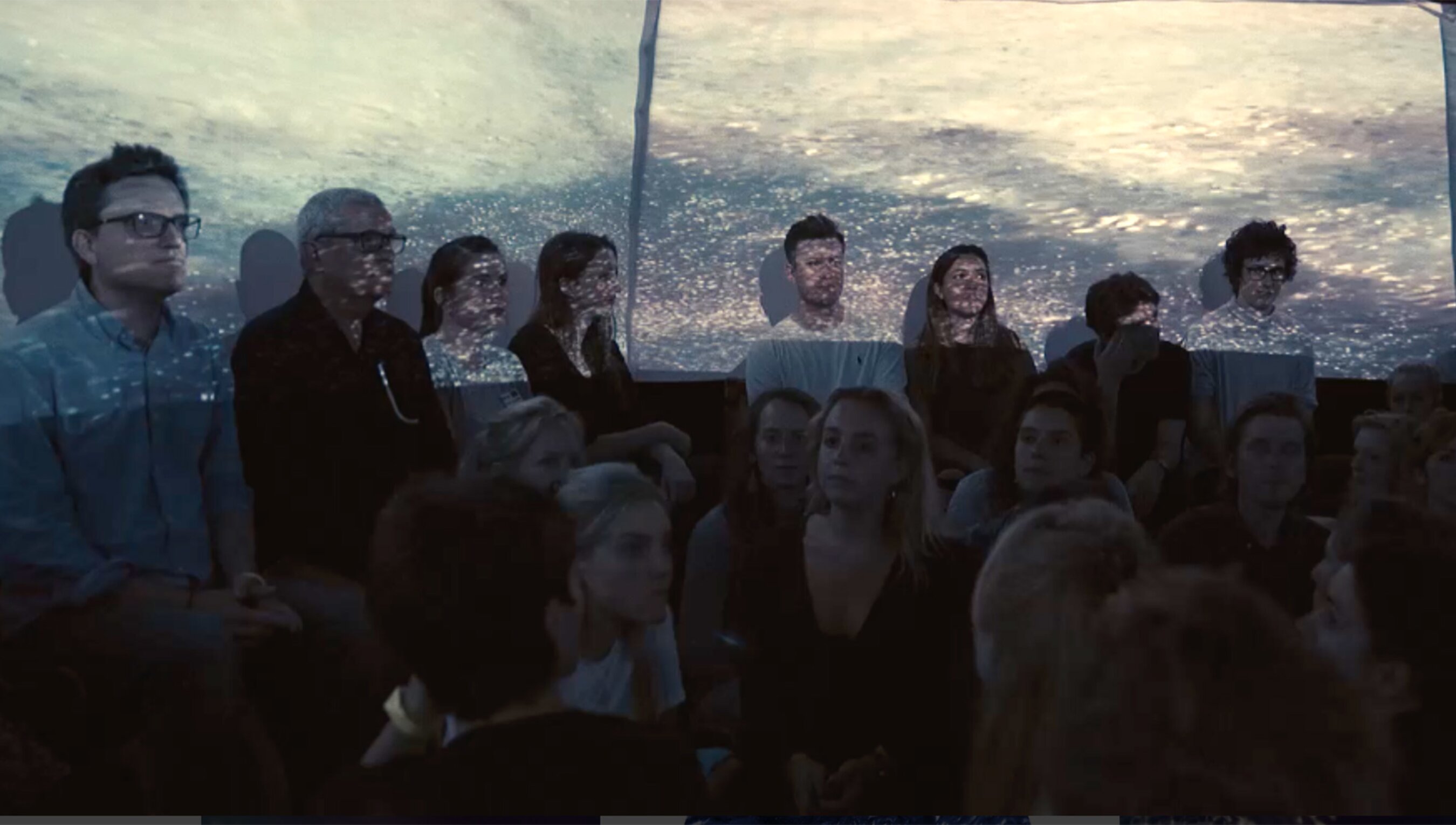 Immersive art opens a window on the mystery of other minds

is an MRC-funded doctoral scientist in social and cognitive neuroscience at King’s College London, where he is currently working on testing the neurocognitive mechanisms of paranoia. He is a musician and co-founder of Senscapes.

At Senscapes, the art and science venture I co-founded, you can experience what it’s like to be in an altered state of consciousness. You sit, stand or lie down in an exhibition space, and we project light and immersive music, created from brain data of people in altered states, around you. At the same time, we play an audio recording from someone immersed in one of these experiences, such as those under the influence of psychedelic drugs. They might describe how they began to feel sensations of bodily warmth, of light becoming sharper and more brilliant, and then a sudden feeling of great meaning in things that had seemed so mundane before. In these exhibitions, our vision is to create immersive experiences so you can explore someone else’s personal, and often mysterious, inner world.

I have long been fascinated by altered states, which are usually defined as deviations in your waking conscious experience. These include meditation, psychedelic experiences and dreams – more extreme shifts than, say, a change in mood after a cup of coffee. As we’ll see, symptoms of psychiatric illness such as dissociation, panic and distressing hallucinations are also often considered altered states.

So far at Senscapes, we’ve focused on more positive and affirming altered states such as those enabled by psychedelic drugs. In collaboration with other scientists, such as the Imperial Centre for Psychedelic Research in London, we begin by taking electroencephalogram (EEG) and magnetoencephalography (MEG) brain data of those in altered states. The data we use are essentially variations on a sine wave – a type of data that, when plotted, oscillates up and down like a smooth wave. This means that we can convert brain activity into an audio file using a bit of nifty code, and use this to craft the music and visuals that visitors see at our exhibitions.

We say that using real brain data helps a person travel ‘inside’ the mind of another, but this isn’t literally true – we’re using artistic licence for effect. The idea is that placing someone inside a cocoon of sound and light, with the knowledge that it’s been directly created from another’s brain, generates an entertaining experience that draws people in and helps them let their guard down. We create a space that can be filled with empathy and the feeling of connection with someone in a radically altered state of mind.

Of course, we’re not the first to try to simulate altered states. Altered states also encompass experiences that are common in mental illness – including panic attacks, the sense of detachment seen in dissociation and depersonalisation, and the temporary amnesia of a fugue state. In the 1950s, psychiatrists tried to simulate such symptoms. In particular, they tried to recreate hallucinations and delusions by taking psychedelics such as LSD and mescaline.

The psychiatrists hoped that the hallucination-filled, self-dissolving, hypnagogic states might help them increase their own empathy for their patients, and this experimentation led to some of the first biochemical models of psychosis. However, as our understanding has developed, these models became misguided. Psychosis is an experience characterised by paranoia, isolation and loneliness, whereas the vast majority of people find psychedelics – if taken with the right support – to be a positive experience.

People need a hook: something that gives them this feeling of safety as they venture into another’s world. This is exactly what art and entertainment can do

We therefore need an alternative means of recreating these ‘darker’ altered states. This isn’t just important for researchers; we also need to improve public understanding of what these symptoms are. This will ultimately reduce stigma and increase our empathy and compassion for those who are suffering. But how do we communicate distressing altered states in an accurate and accessible way?

One possibility, as with Senscapes, is to rely on art and entertainment. The film, book and game industries spend millions a year helping us step into another’s shoes, using compelling emotion, relationships and dilemmas to connect us with characters on screen and on the page. Every time we pick up a book, watch a film or play a computer game, we see ourselves in these characters or we gain a new perspective on an experience we didn’t yet have language for. If art and entertainment can do this so elegantly, then maybe this is a better way to paint a picture of psychiatric altered states.

The computer game Hellblade (2017) is an example of this working well. Game developers worked with neuroscientists, mental health professionals and those with lived experience of psychosis to give the protagonist, Senua, an authentic narrative borne out of real stories. The game is set in the early Middle Ages, and Senua – who has psychosis – is on a quest to save the soul of her dead lover after their village was attacked by Vikings. Despite the unusual setting, the game makes it easy for a 21st-century player to understand how distressing altered states can be. Senua must navigate her way through a hostile environment, full of threat and grief, while also trying to manage the extra difficulty of her sometimes distressing departures from reality. As a player, you’re often shocked and confused by the environment that’s constantly toying with you, never quite trusting what you see or hear. Importantly, the game’s approach cleverly seeds the experience of her symptoms within the body of entertainment – players are absorbed and challenged by the game and they let their guard down, creating space to step into Senua’s mind.

Our ability to connect and understand someone else fundamentally depends on whether or not we feel safe to do so. As a scientist who studies the social cognition of psychosis, this notion of safety has become a bit of an obsession of mine. Individuals with psychosis believe (often with good reason) that they are in a chronically uncertain, unsafe environment. To try and keep themselves safe from each day to the next, they pay a great deal of attention to those they think want to harm them – but this can stop them learning new information that might otherwise help them.

This vigilance is an important mechanism that we all possess for our own survival, but having to do this all the time can leave a person lonely, guarded and scared. This means that there is no space to open up to the minds of others. By the same token, if we’re to understand those with psychosis or other altered states, we must feel safe in order to explore their experience. This might seem paradoxical – to understand a feeling of chronic danger, we must ourselves feel safe – but I personally believe this is the key to immersing ourselves in the altered states of others.

The reality is that people often need a hook: something that gives them this feeling of safety as they venture into another’s world. This is exactly what art and entertainment can do. It’s what we’re trying to achieve with Senscapes, and what games such as Hellscape do so well. We must draw people into the story we want to tell safely and compellingly, giving them a life jacket to travel alongside those in distress – and we must communicate someone else’s personal world in a way that isn’t contrived.

As someone with one foot in art and one foot in science, I can see the power of both to bring us closer together. Immersive art and technology can teach us so much about the complexity, diversity and magnificent weirdness of being human – whether in moments of transcendence or in the depths of darkness. Exploring others’ altered states in a safe environment can change how we view ourselves, others and humanity in general. We have never had a clearer and better opportunity to do this. 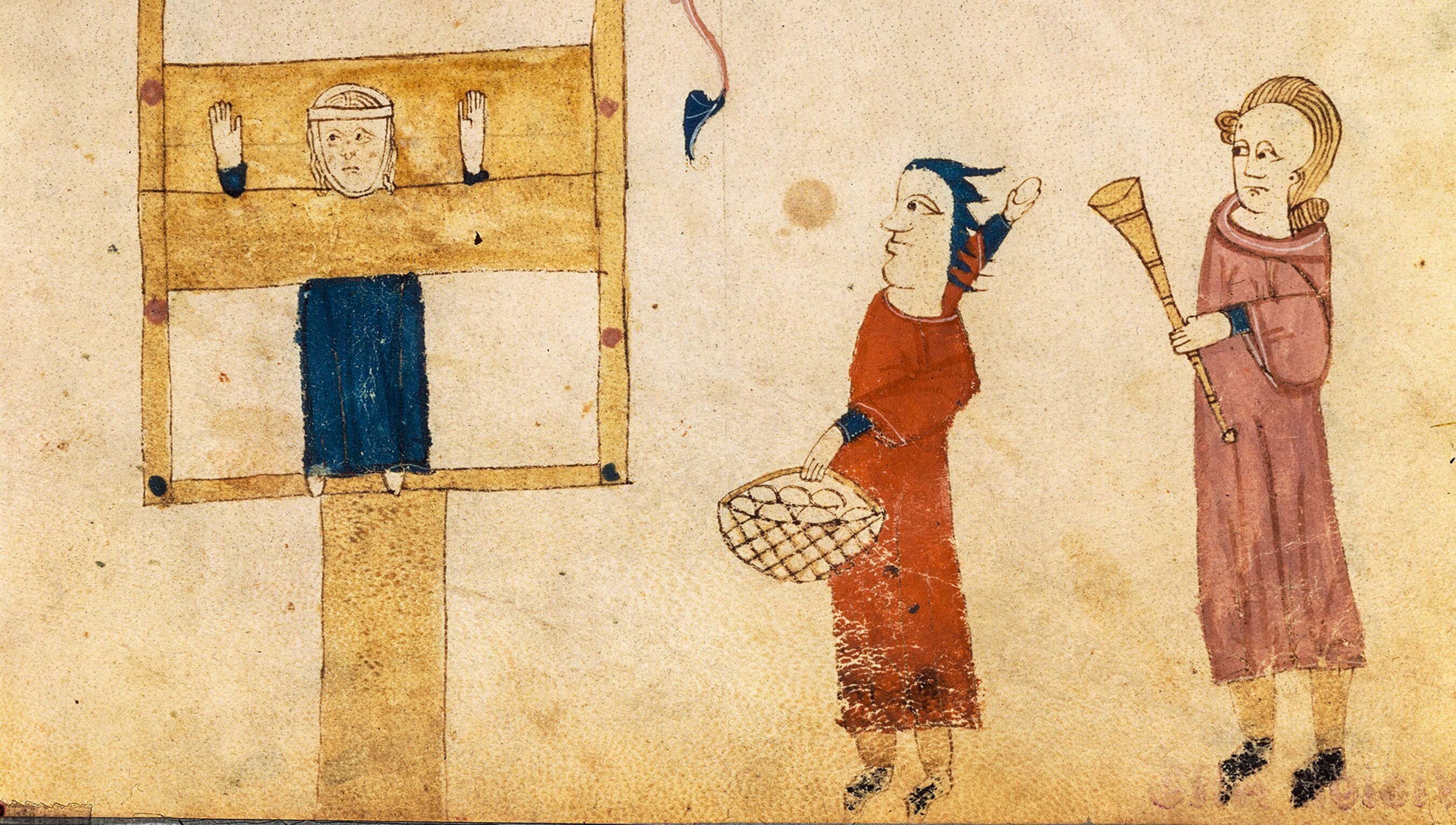