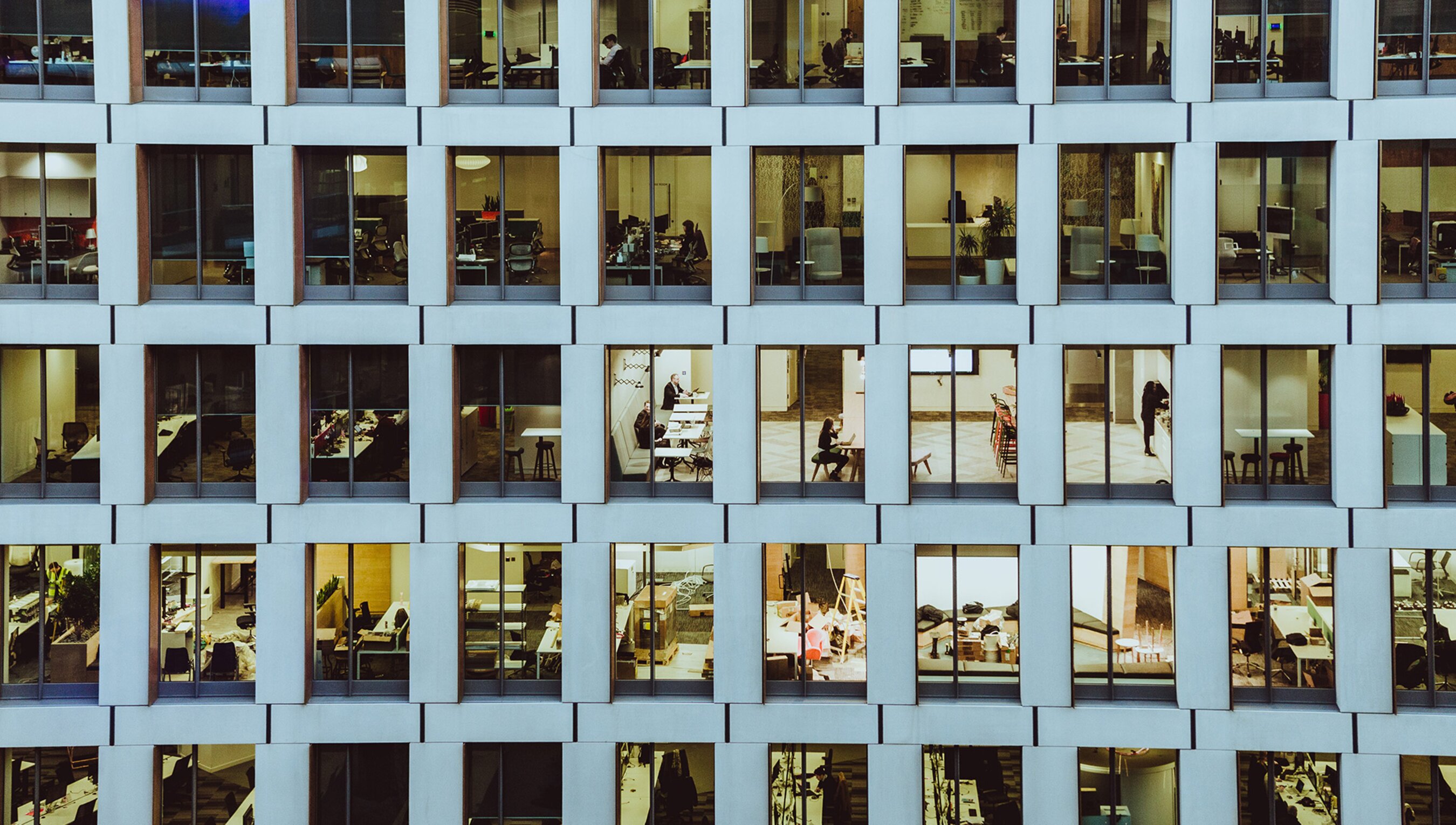 Introverts are excluded unfairly in an extraverts’ world

is a neuroscientist and a neuropsychologist studying human memory and emotion. She is a postdoctoral fellow at the University of Pennsylvania.

Life as an introvert is rarely easy. Ever since I graduated, I’ve been compelled to work in open-plan offices. It’s exhausting. Imagine being engaged in a task that requires high concentration, such as looking for a lost earing in the middle of a tennis court. Now imagine that an automatic ball launcher keeps shooting balls directly at you. Wouldn’t you get tired quickly, and be much less efficient in your search? This is how I feel during my work, when sudden and repeating distractions are ‘shot’ at or near my desk.

The struggle of an introvert doesn’t end in the office. Networking at conferences, some with thousands of attendees, is a central part of an academic career. Picture yourself entering a huge hall, with bright neon lights, hundreds of people in each aisle, and a background din that forces you to yell to be heard. In a typical two-hour poster session, you’re expected to acquire the information you need while also efficiently introducing your own work to colleagues. As an introvert, the experience is equal to riding a terrifying rollercoaster while having to maintain a big smile on your face.

I wish I could say these types of challenge are limited to the work environment, but that’s not the case. For my most recent birthday, a friend bought me a dinner at EatWith – a meal-sharing platform. You’re invited to dine in the house of strangers who cook for you and other participating guests. I would enjoy the food and cultural experience if I didn’t have to go through the excruciating labour of small talk with random people. ‘Sounds like fun,’ I said politely to my friend, but privately my immediate sense was that this was yet another ill-designed platform for introverts.

Today, as a psychologist, I know that introversion is a common trait. Unlike shyness, which is more about a fear of being judged negatively, introversion is defined as a preference for quiet, less stimulating environments. The Swiss psychoanalyst Carl Jung was the first to propose differentiating individuals along an introvert-extravert axis. Writing in the 1920s, he described introverts as preferring to direct their attention inward, to their own feelings and thoughts, and how they lose energy during social interactions. Extraverts, by contrast, direct their attention outward, gain energy from social interactions, and lose energy during periods of solitude.

Beginning in the 1950s, the German-born psychologist Hans Eysenck proposed a physiological explanation for the difference between introverts and extraverts. Extraverts, he said, have a lower baseline level of cortical arousal relative to introverts, leading them to search for external stimulation to increase their motivation, attention and alertness. Introverts’ higher baseline arousal levels, in contrast, lead them to withdraw. Contemporary psychology still considers the introversion-extraversion distinction a core aspect of personality (it is one of the so-called ‘Big Five’ traits), although it is seen as a continuous spectrum along which we are all positioned, rather than a dichotomous state.

Although there’s no definitive way of identifying the proportion of introverts in the population, Susan Cain, an influential thinker in the field, has made a reasonable estimate that at least a third of people are at one end of this spectrum. The third on the other end are extraverts, and the final third fall somewhere in between – some call these people ‘ambiverts’. Knowing that introverts comprise an approximately equal share of the population as extraverts, I keep wondering about the missing 33 per cent – where are all the introverts in the ocean of extraverts that surround me in my daily life?

While I have introverted friends, they seem to be vastly outnumbered by my extraverted friends and acquaintances. I have to remind myself that this apparent absence from my daily landscape is not surprising: we introverts are much harder to notice. Introverts probably won’t be the ones sharing a joke with the entire office, waiting by the coffee machine for a chance to chat, or appearing on television screens as rising reality-show stars. On the contrary, they’re more likely to enjoy some quiet time by themselves or with a few selected friends, to process their thoughts silently before saying them out loud, and to retreat to their quiet-place to recharge after social interactions.

While the higher visibility of extraverts is self-explanatory, it is far from trivial. Not only does it mean introversion is perceived as less common than it really is, but also introverts are less likely to be evenly represented in influential social groups, including in politics. We risk missing the immense contribution of a large percentage of our employees, students, trainees and friends.

For example, extraverts are more likely to take part in political engagements, such as disseminating political messages and signing petitions, both on the internet and offline. Negative political messages, which seem so common nowadays, deter introverts from participating in politics, while having the opposite influence on extraverts, including increasing their likelihood of voting, rallying or volunteering for a political campaign. Extraverts are more active on social media. They also have easier access to higher corporate ranks, due to the high attention they draw to themselves and to social stereotypes that associate extravert characteristics with leadership. This state of affairs leaves many of the decisions relating to the daily life of introverts in the hands of the extraverts.

Unfortunately, the greater representation of extraverts in social and political life is self-perpetuating. Working conditions chosen by extraverts to suit extraverts increase the burden on introverts. For instance, group meetings, in which each participant contributes thoughts in a disorganised, dominance-based manner, can put introverts at a disadvantage. The overabundance of extraverts in managing and recruitment roles also decreases the likelihood of introverts winning promotion due to what’s called the ‘similarity bias’ – our tendency to prefer people who are similar to ourselves. This is not only unfair to introverts, it’s to the detriment of organisations.

Leadership is commonly associated with extraversion, but history teaches us that introverts can serve as powerful leaders. Rosa Parks, a leading activist in the American civil rights movement, was quiet and reserved. Her brave actions, more than her words, led to a crucial turning-point in the struggle. Similarly, while serving as US president, Barack Obama eagerly protected his solitude in the evenings, spending the time reading and concentrating on work decisions. His preference for small group outings rather than big social events didn’t deprive him of extraordinary communication skills and the ability to make bold decisions. In contrast to the mistaken perception of introverts as snobbish, misanthropic or depressed, we can be highly empathic, with strong communicative skills.

But it’s not a case of establishing whether introverts or extraverts make better leaders, rather each brings something different, and diversity is often key to effective leadership. For instance, entrepreneurial teams perform better when leadership is shared between individuals, but only if they have diverse personality traits. Moreover, teams dominated by extraverted members actually perform better under introverted leaders, possibly due to their greater responsiveness to their employees’ ideas.

The main cultural problem is that introverts are widely seen as not adapted to the environment, instead of it being acknowledged that the environment is designed to profit extraverts. Society’s praise and acceptance of extraversion as the norm has led many introverts, along with many ambiverts, to suppress different aspects of their personality, or to see them as flaws. This state of affairs is bad not only for introverts, but for society as a whole.

The bias begins already in the first grade of school. Learning in a big classroom environment might be cost-efficient, but is by no means the best model for everyone. Some kids, especially the introverts, will struggle in the continuous company of a large number of others and the constant requirement to engage in group work. The same misconception – placing the onus on introverts to change – is also reflected in the recent proposal that introverts would be happier if only they ‘acted more extraverted’, even if acting this way counteracts their natural tendencies.

Simple changes across society could be made to mitigate the inequities faced by introverts. In the educational system, for example, designated private spaces in schools could enable periodic shelter for those introverted kids and others who need a place to recharge. Introverts could also profit from greater access to online learning and sharing platforms, with asynchronous communication enabling them to think and research an area without the pressure to respond immediately. Creating equal opportunities for participation in class, such as giving students time to think, the autonomy to decide to work alone or to write their ideas instead of presenting them verbally, could also help rebalance the traditional inequity.

In business and academic settings, workers should have more autonomy in choosing their working conditions. In meetings, stating the topics to be discussed in advance could allow more time for introverts to prepare and process the information. Allocating time for each attendee to speak could also give introverts the chance to express their thoughts. There should be more questioning of whether group meetings are necessarily the best platform for disseminating knowledge, brainstorming and reaching decisions. Some employees, especially introverts, will do a better job advancing projects alone.

So, where are the 33 per cent? We are physically present, but culturally absent. It is time that society acknowledged that one size doesn’t fit all. The goal of adopting inclusive conditions should be held not only by one-third, but by the whole of society. Yet until conditions become more equal, we introverts will have to go against our instincts, speak our minds, and work to adapt our environments to best fit our needs. For instance, by requesting the outline of future meetings, sending follow-up emails after a meeting with the ideas that occurred to us after quiet reflection, and by arranging quiet work environments, even if that means remote work from home. More importantly, we must remember that introversion is not something to be fixed – but a blessed source of human diversity that comes with many strengths. The way to advance our personal and collective growth is not by eliminating this diversity, but by embracing it.