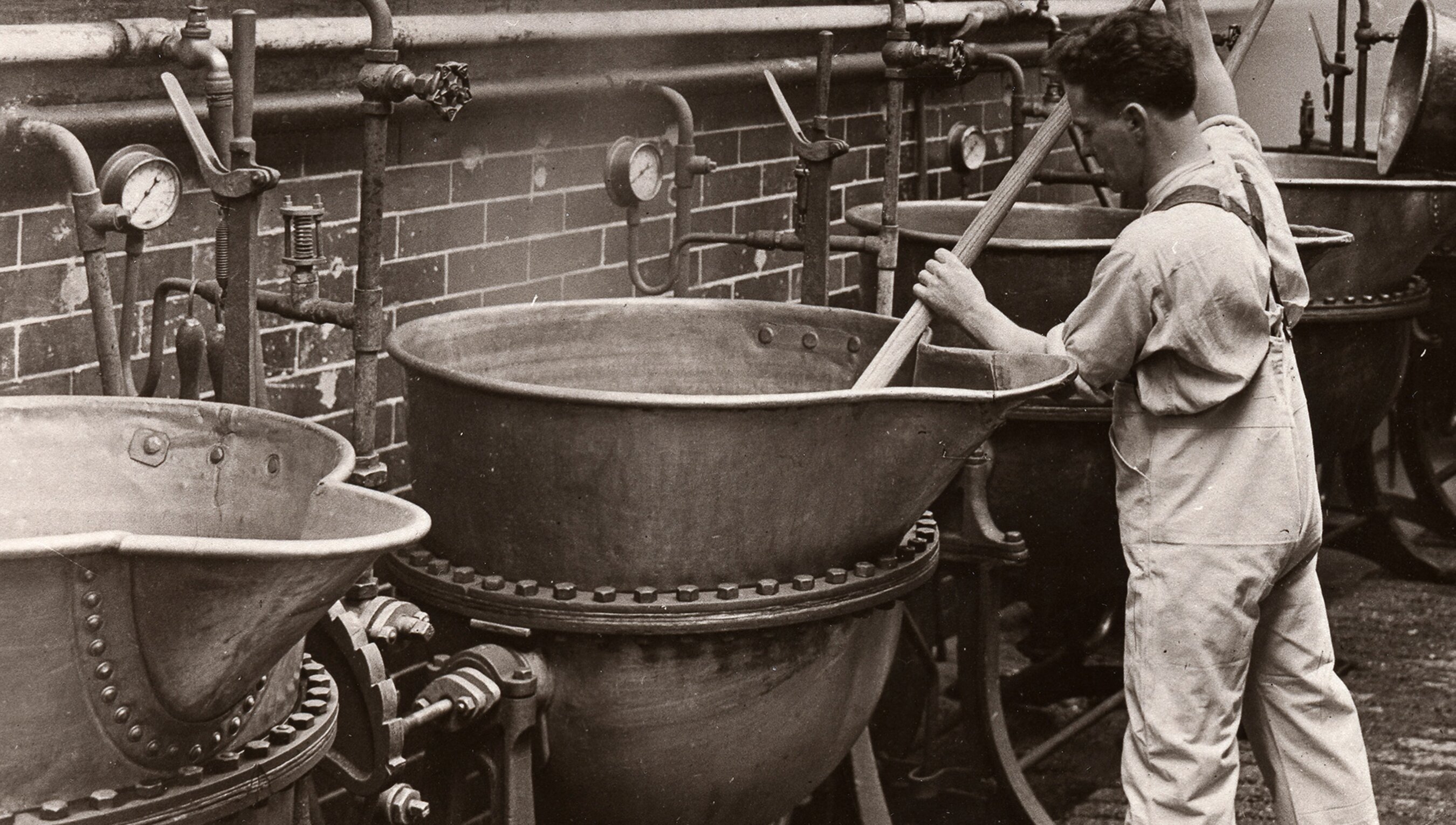 On the moral obligation to stop shit-stirring

is professor of philosophy at Victoria University of Wellington in New Zealand. His most recent book is How to Be Human in the Digital Economy (2019) and his writing has appeared in Ethics and Nous, among other journals. He lives in Wellington.

Utilitarianism – the idea that we should evaluate the moral worth of an action by its consequences, and that the best actions are those that bring about the most good for the most people – is the ideal public morality for our troubled age. It requires us to focus not only on what we do, but also on what we didn’t do but might have done. Non-action in the face of threats such as climate change, pandemics and technologically facilitated extremism has moral implications of its own, and it’s utilitarianism that offers the most emphatic responses to these problems.

But philosophers often don’t do a good job of discussing utilitarianism. They traffic in astounding thought-experiments – is it right to harmlessly kill your newborn infant if it’s screaming a bit too much? Should you take drugs that make you a better, more caring parent? – that can produce shocking answers. Some critics of utilitarianism take these outlandish ideas as a victory: any ethical theory that countenances infanticide must be wrong. But ‘gotcha’ answers to ethical enquiries about how to raise, or not raise, kids are a triumph of a philosophical style that prioritises aggravation over moral substance. Those who offer them are not engaged in good-faith philosophical debate. They’re engaged in what I call ‘moral shit-stirring’.

The philosopher Harry Frankfurt’s essay ‘On Bullshit’ (1986) has a memorable opening: ‘One of the most salient features of our culture is that there is so much bullshit.’ He characterises bullshit as emanating from a lack of regard for the truth, and suggests that this might make it even worse than lying. The bullshitter, he explains, ‘does not reject the authority of the truth, as the liar does, and oppose himself to it. He pays no attention to it at all. By virtue of this, bullshit is a greater enemy of the truth than lies are.’ Similarly, shit-stirring has become the great enemy of good-faith debate in contemporary philosophical ethics.

The Oxford English Dictionary defines ‘shit-stir’ as an ‘attempt to provoke or aggravate, esp without serious intent’. In the kind of shit-stirring that interests me here, provocation or aggravation is carried out through speech acts that have the grammatical form of advice even though they’re not actually intended to help those to whom the purported advice is offered. When you offer sincere advice, you typically hope that it will be acted on. But this isn’t the case with shit-stirring.

If you shit-stir a bald person by suggesting that they get hair plugs, you don’t expect them to calmly agree and ask for your help in securing such services. If your target did respond in that way, you would have reason to believe that your attempt at shit-stirring had failed. The goal was to unsettle the target, not to offer useful advice. Indeed, it would be you as the shit-stirrer who ends up feeling unsettled, or at least put on the spot. How should you know where to find the best information about hair plugs?

Shit-stirrers differ from bullshitters in that they actually do pay close attention to the truth. Uncomfortable truths about an interlocutor are typically more unsettling than patent falsehoods. Shit-stirring a very tall person about their shortness of stature isn’t an especially effective way to aggravate them. More unsettling would be to advise a clinically obese person that he eat less.

Owing to Donald Trump’s presidency, there has been a boom in academic reflections on bullshit. Trump’s flagrant disregard for the truth makes him an effective bullshitter. But this same trait makes him less effective as a shit-stirrer. Shit-stirring differs from mere insulting (or ‘trash-talking’). The search for statements designed to unsettle one’s target requires an interest in the truth beyond what a bullshit artist is capable of mustering.

But even though shit-stirrers care more about the truth than bullshitters do, shit-stirring can be a worse offence. To adapt Frankfurt’s reasoning, shit-stirring is a greater enemy of sincere advice than bullshit is. Bullshitting, after all, can have a serious moral purpose that’s almost always absent from the shit-stirrer’s view of truth as an expedient – a mere means to aggravate someone.

The last thing a moral shit-stirrer wants is for the reader to shrug her shoulders and say: ‘Meh, seems right to me’

My first example of moral shit-stirring concerns the idea of painlessly killing newborns. This line of thinking originated with Michael Tooley’s article ‘Abortion and Infanticide’ (1972), and was followed by arguments from other philosophers, particularly those with utilitarian sympathies, including Peter Singer, Jeff McMahan and John Harris. In 2013, Alberto Giubilini and Francesca Minerva introduced the marketing novelty of the label ‘after-birth abortion’ to essentially repackage Tooley’s arguments.

Here’s a distillation of the common theme of infanticide apologists: no one who has heard a newborn scream can doubt its capacity to suffer. The philosopher Jeremy Bentham’s question ‘Can they suffer?’ clearly prompts us to give moral weight to this suffering. But a newborn doesn’t yet have any awareness of itself as a being distinct from its environment, nor any understanding that it has a potential future. It is not a person, in that sense, and so it cannot be harmed by painlessly losing a contingent future. Painlessly killing a newborn is therefore morally distinct from painlessly killing a person, a sentient being with the capacity to form preferences about its future. The argument concludes with the contention that the infant dies an entirely harmless death.

In other cases of shit-stirring, a provocative statement is offered initially as an undemanding request only to be made more provocative by being upgraded to a moral obligation. An example of this can be found in the moral ‘debate’ over drugs that strengthen – or weaken – romantic attachments. In their book Love Drugs: The Chemical Future of Relationships (2020), Brian Earp and Julian Savulescu argue that we should use pharmaceuticals to preserve and strengthen relationships worth saving, and to expedite the end of unwanted relationships.

Earp and Savulescu might have wanted to sound provocative and yet the idea that an informed couple might take a drug with side-effects that they deem acceptable to improve their relationship seems uncontroversial. The shock value of love drugs lies in their pharmacological properties, not in the idea that – if they work and are safe – people should be free to try them. What makes these any different from Viagra? As Elizabeth Robson puts it in her review of Love Drugs, Earp and Savulescu come off as ‘agony uncles’, peddling more self-help than philosophy.

But, remember, the last thing a moral shit-stirrer wants is for the reader to shrug her shoulders and say: ‘Meh, seems right to me.’ So why not replace a bland permission with a provocative obligation, as Earp and Savulescu together with Anders Sandberg do in a paper from 2012, where they argue that, if a couple has dependent children and decides to abstain from love drugs, supposing they are safe and effective, they actually fail in their parental duties by needlessly exposing their children to the proven harms of marital strife or divorce. Not taking love drugs thus becomes a form of child abuse by omission. For obvious reasons, this line of argument is much more aggravating than gently offering moral permission to take love drugs.

Why am I so sure that this isn’t earnest moral advice? Why shouldn’t those arguing for permission to painlessly kill their newborn be taken seriously?

For starters, those making these arguments almost always offer a series of excuses for not acting on their philosophical conclusions. Giubilini and Minerva don’t want you to kill your baby, and they appear not to want you to do so even if you’ve had second thoughts about parenthood. Earp, Savulescu and Sandberg really don’t want to force parents to take love drugs. They’re like classroom monitors who sternly announce that you must never litter, even as they make it clear that they will accept almost any excuse for littering.

Moreover, in response to the anger generated by their defence of after-birth abortion, Giubilini and Minerva disavowed any interest in making infanticide legal, and pointed out that they are just academic philosophers, not policymakers. Earp, Savulescu and Sandberg say that their obligation should not be enforced. But in this case, it’s hard to see how the obligations they previously elevated are any different from the self-help suggestion that love drugs are a fun idea.

To be sure, there is some value in these provocations. When I first encountered Tooley’s defence of infanticide, I was morally confounded. On the one hand, I found his arguments about personhood persuasive. But, on the other hand, I would have been horrified to hear that the nice young couple next door had had enough of their infant’s crying and decided to act on Tooley’s conclusion. These occasions of moral confounding serve as a prompt to reflect more deeply on moral beliefs.

Sometimes, non-serious advice can be useful and fun. Consider the joke advice in a wedding speech: ‘Never go to bed angry. Stay up and fight all night.’ Perhaps this will cause the newlyweds to reflect on their relationship in therapeutic ways. But we’re supposed to understand that amusing advice delivered as part of a wedding speech works less well when offered by a marriage counsellor to a distressed couple. There’s a big problem when there’s too much shit-stirring in purportedly serious academic discussions of morality.

Philosophers chasing Google Scholar citations know that arguments for after-birth abortion and obligatory love drugs will elicit responses. And if utilitarianism is your moral starting point, it’s easy to provoke. Utilitarianism is a powerful morality, a philosophical blowtorch that can be misdirected. Consider, for example, a (so-far fictitious) paper entitled ‘On the Obligation to Be a Paedophile’, arguing that, although paedophilia typically harms children, there are circumstances in which it can be part of a relationship that brings net benefits to a child and society. Such relationships seem to have existed in Ancient Greece. If you manage to get this paper published – say in one of the bioethics journals that cover the apologetics of infanticide – expect good results on Google Scholar. Why not announce your paper’s publication on Twitter? ‘Philosopher Defends Paedophilia!’ would be great clickbait – better even than the scatological title of this piece.

It’s fun to provoke. Provocation can lead to reflection, which is typically a good thing. But, right now, we have a great need for utilitarianism’s rigorous focus on all the consequences of our actions – and inactions. We need a powerful public morality to tell us to take immediate action on climate change, wealth inequality and racism. Utilitarianism’s distinctive focus on the consequences of not acting is especially important.

There are far too many people who reflect that, since they aren’t deliberately harming the environment and aren’t personally racist, they are therefore absolved from acting. There’s a problem when it seems reasonable to respond to a utilitarian’s demand that one think about what one could do by saying: ‘I think I understand your utilitarian argument for a moral obligation to immediately address climate change, but isn’t utilitarianism the theory that says it’s fine to kill babies? Why should I listen to that?’