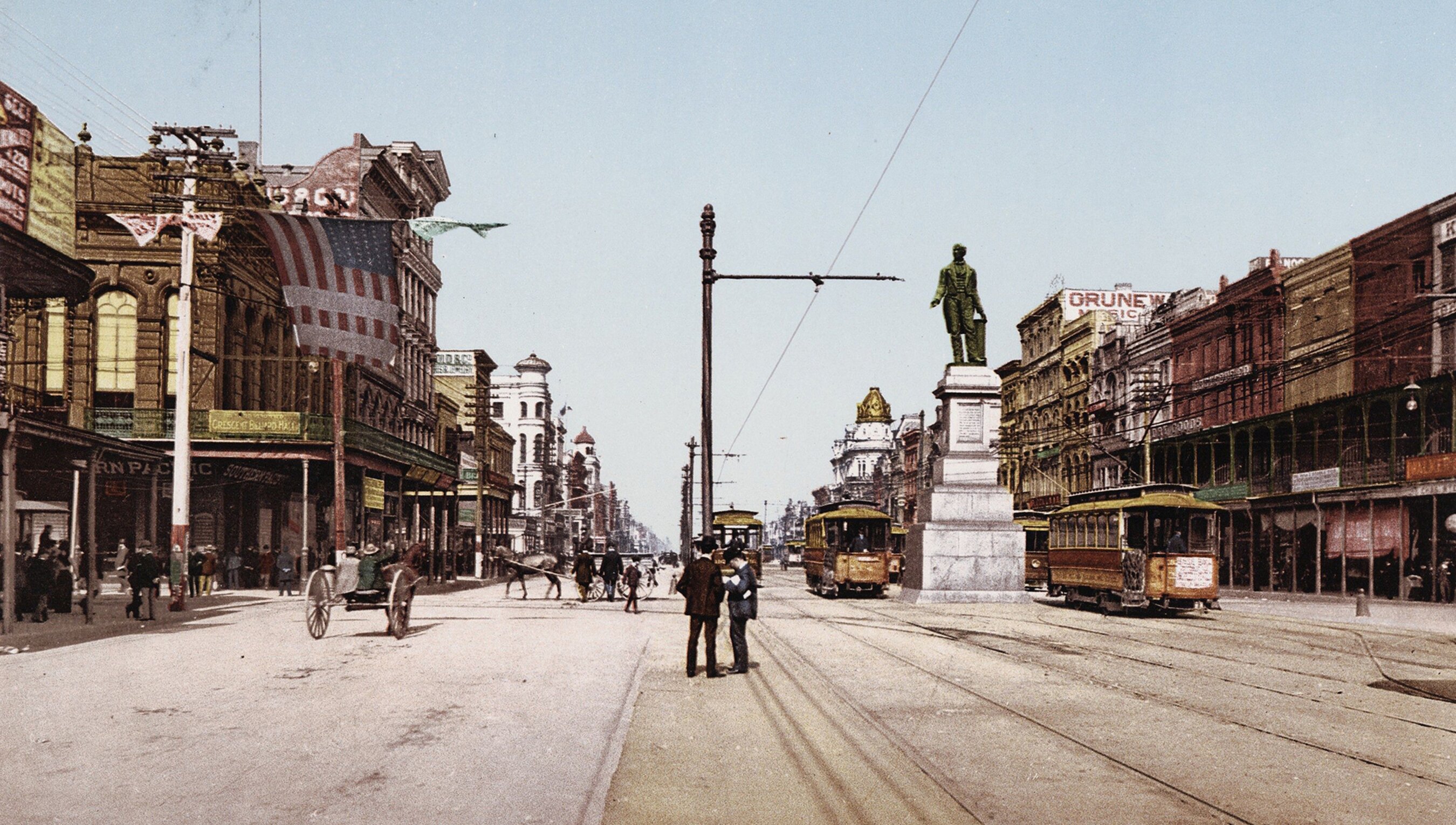 is an assistant professor in the department of philosophy at the Université de Montréal (UdeM) in Canada. He writes about space, time, consciousness and value. He lives in Montréal.

Merlin remembered the future and anticipated the past. Benjamin Button aged backwards. These things are hard to imagine, but imagine something even stranger: someone whose life is like yours, but played fully in reverse, frame for frame. Merlin and Button both walk and talk normally. In contrast, if you record yourself and play it in reverse, you’ll see someone who walks backwards (without slipping) and talks backwards (without slipping up). What would it be like to be such a creature, a genuine time-reverse twin? Would such a twin feel the same as you’d feel if the rest of the world were running in reverse? Would she have experiences at all? And why does it matter?

I think that your time-reverse twin would not experience anything at all: there wouldn’t be anything it is like to be her (though I’m not the first to say so: check out Tim Maudlin’s article ‘On the Passing of Time’ [2006]). My reasoning reveals something important about you. Either we’re thinking about the laws of nature all wrong, or your own consciousness isn’t intrinsic to what’s going on inside your head. In fact, your consciousness is about as extrinsic as anything could be: it constitutively involves the entire cosmos. In particular, the early Universe isn’t just part of the story of how you got here; it’s part of who you are.

Strange though it might sound, your time-reverse twin is physically possible. That’s to say, the laws of physics don’t rule her out. As we usually understand them, the relevant laws of physics are time-reversal symmetric, meaning that if you have a video recording of a system evolving over time, it doesn’t matter which end you label ‘start’ and which end ‘finish’. If the video is consistent with the laws played one way, it’s also consistent with them played the other. So there’s a legitimate question of why we don’t encounter time-reverse twins in real life.

The answer is – because of the second law of thermodynamics: the law stating that entropy rises. Entropy is the measure of disorder of a system, like how messy your room is. The messier the room, the higher the entropy. The second law basically says that your room will get messier, not cleaner, as time goes on.

Entropy has a role to play in accounting for most or all the ways that the two directions of time (past-to-future and future-to-past) differ from each other. Houses of cards tend to collapse spontaneously; piles of cards don’t tend to spontaneously build themselves into houses. In summer, ice cubes tend to melt, but warm water doesn’t tend to spontaneously form into ice cubes. These are different expressions of the fact that entropy goes up as you travel in the past-to-future direction (and accordingly, it goes down if you travel in the future-to-past direction).

The funny thing is that this asymmetry of entropy doesn’t follow from the laws of physics as we usually understand them (except for a few quirks about particle decay, which we can edit out when we reverse the videos). If a video of a house of cards collapsing presents a scene that’s compatible with the laws, then that video played in rewind, of a pile of cards spontaneously jumping into a balanced tower, does too (with quantum details suitably edited). So where does the asymmetry of entropy come from?

Worlds like ours likely arrived by spontaneously descending from equilibrium, not by rising from much lower entropy

The answer begins with statistics. There are far more ways for a room to be messy than there are for it to be clean. Think of it as an Anna Karenina principle: for each way for everything to be in its place, there are many ways for some things to be out of place.

As Ludwig Boltzmann and others first noticed in the late 19th century, we can use this asymmetry between order and disorder to show that almost all trajectories of systems not in equilibrium (that means: systems not yet maximally messy) lead fairly directly toward equilibrium (maximum messiness) as time evolves.

But there’s a snag. As Boltzmann’s contemporary Johann Josef Loschmidt pointed out, the statistical derivation is neutral as to whether we evolve time forward or backward. We can derive that almost all trajectories from worlds that look like ours right now lead toward equilibrium in the past-to-future direction (which is good) but also, by the same token, in the future-to-past direction (which is a problem). The issue, in other words, is that if our statistical reasoning is correct, worlds like ours are far more likely to have arrived in their current state by spontaneously descending from equilibrium (eg, randomly forming from dust) than by rising from a state of much lower entropy (as our fossils and memories and leading theories of astrophysics suggest).

There’s plenty of controversy about where to go from here. But there’s a compelling case that what we have to do is take it to be a law, or somehow inevitable, rather than a mere coincidence, that a long time ago the Universe’s entropy was very low. (David Albert – who makes this case in his book Time and Chance – calls this ‘the past-hypothesis’.) Of course, the statistical argument doesn’t entail that it’s impossible for a world like ours to begin with very low entropy – only that it would be a colossal fluke. We need the past-hypothesis (or some other story) not just to have it come out true that entropy has been rising all along (and so began low) but rather, to be able to say why this isn’t a freakishly surprising sequence of massive coincidences.

To see how the past-hypothesis delivers, consider a toy version of the problem. Suppose we see a pile of cards spontaneously assemble itself into the lower half of a house of cards at time t1. This would be a colossal fluke. What could explain it? Now suppose we happen to know that things get even stranger: the pile is going to continue assembling so that it will be a complete house of cards a few moments hence, at time t2. Does that explain what we’ve seen so far? No. This is like saying ‘The reason lightning just struck you twice is because in a few minutes it will have struck you five times.’ You can’t explain a fluke by pointing out that it is part of an even larger fluke.

But what if it’s somehow inevitable – that is, determined by law: a constraint on possible solutions – that this pile will be a complete house of cards at time t2? Then we have the beginnings of an explanation (albeit a peculiar one) of the spontaneous activity of the cards at time t1: the cards are doing what they have to do at t1 to meet the constraint at t2. The past hypothesis makes for explanations of this form. Our Universe is constrained to take on low entropy in the distant past, and we can understand the reliable drop in entropy, as we look at trajectories in the future-to-past direction, as the Universe doing what it has to do to meet this constraint. But this only works as an explanation if the low entropy state is really a constraint that the Universe has to meet, and not just a fluke crying out for explanation in its own right.

To sum up, the statistics suggest that evolving away from equilibrium is never stable or normal or to be expected in any temporal direction. But this leaves open that we add further laws or constraints that specify that entropy has to be very low at certain special times and places (eg, near the Big Bang). Then the behaviour of some systems that involve a sustained drop in entropy can be stable or normal or to be expected, but only insofar as that drop in entropy amounts to the system doing what it has to do to comply with the special law or constraint in question.

If materialism is true, certain features of the early Universe are constitutively part of your consciousness

Very well, you might say, but how does this teach us anything about experience? Here’s the answer. Even if consciousness isn’t just a form of computation, still almost every analysis – physicalist, functionalist, dualist – will say that consciousness depends on computation: it arises in a system only when that system realises processes with a computational structure. Those who say that consciousness is reducible to its material constituents will add that this computational structure is part of what it is for these states to be conscious, while dualists might say that the relation in question is one of correlation or causation rather than constitution.

What is a process with a computational structure? It’s a process with a reliable or stable relationship between things that we can think of as inputs, as internal system states, and as outputs. It has to be at least fairly likely that if you repeat the set-up – same internal states, same inputs – you’ll get the same outputs. Otherwise, the process is one of random fluctuation rather than computation.

We’ve just seen why processes that go against the current of entropy – like piles of cards spontaneously assembling into houses of cards – aren’t reliable at all: they’re exceptionally improbable. This is why we don’t meet people who live backwards: your time-reverse twin’s life, to truly reproduce your life played in reverse, would have to be a fantastically improbable sequence of massive coincidences compounded from every moment to the next.

So your time-reverse twin’s mental processes wouldn’t be stable enough to qualify as computational, and that disqualifies them from being conscious. It’s tempting to think that we can somehow assess computational structure locally, irrespective of which end of the process is in the objective past and which in the objective future. But that’s like saying that we can describe a process with a pile of cards on one end and a house of cards on the other as either predictable or insanely unlikely without knowing which was the starting state and which the end state. We can’t. A process in which a system’s entropy substantially drops in one temporal direction can be perfectly normal or insanely unlikely, depending on whether there’s a special constraint that entropy be low somewhere down the road in the relevant direction. But whether there is such a constraint, and where it’s positioned relative to the process in question, is patently not a local matter, especially when the constraint in question is a constraint on the early Universe near the Big Bang.

What I’m suggesting here is that the transitions among the particles in your brain from one moment to the next implement computations only because of how they’re related to a funny condition on the entropy state of the early Universe. Hold the local stuff fixed but change the relation to the early Universe (by playing the process backward) and you’ll have something that doesn’t implement any macro-level computation at all. But if materialism is true, implementing computation is part of what it is to be conscious. So if materialism is true, certain features of the early Universe are constitutively part of your consciousness. And even if materialism is false, those features are still constitutively part of the material correlate of your consciousness. Some consider it controversial that your mind might be extended into the local environment. If I’m right, your mind extends much further than that.