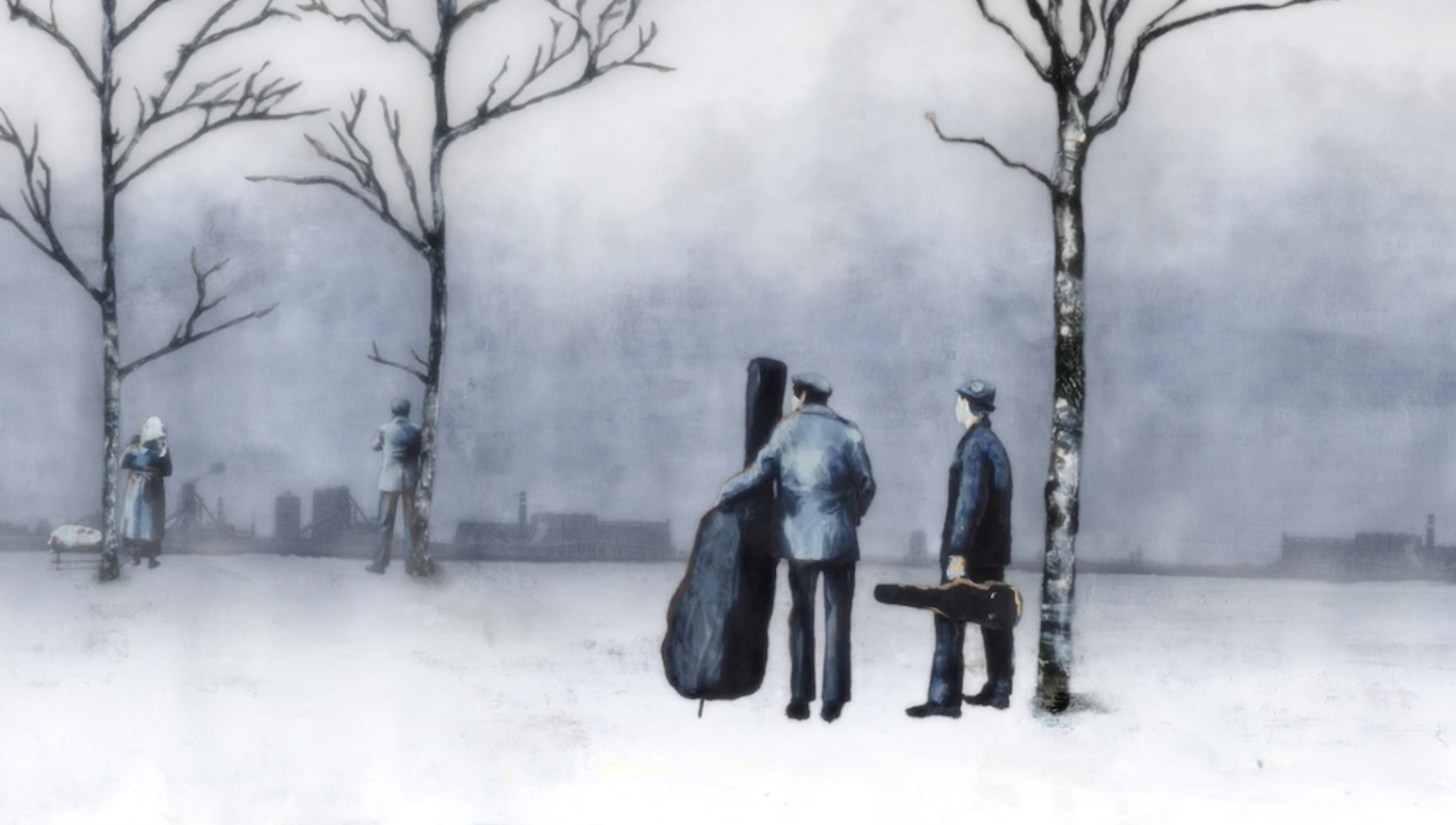 Everyone is waiting, watching. What for remains captivatingly unclear

A crowd congregates in the cold. Off in the distance is the vague outline of a town. Somewhere nearby, a murder of crows assembles in a thicket of barren branches. Everyone is waiting, watching. What for remains captivatingly unclear.

Nothing Happens, a Danish-French animated production that was also made as a virtual reality piece, is an excellent exercise in how to use tension and anticipation to sharpen the senses. Rhythmic shifts in perspective and sound take us through three vantage points – the crowd from behind as they gather; from the front to reveal startling, exaggeratedly staring eyes; and the ominously massing crows in the trees. Moving between these views builds towards a climax that’s as anticipated as it is mysterious. Something happens. But what?

The buildup is also flecked with unanswered questions. Where exactly are the crows? Whose perspective do we have? Why do the musicians hang back behind everyone else? Why does the old woman cry at the end? And why are there digging sounds before the climax?

Paradoxically, perhaps, the uncertainty that hangs over the whole scene encourages not only attentive observation, but offers a kind of space for the mind either to wander or to contemplate and reflect. There is something meditative in the pairing of heightened attention and unknowability. In fact, the film is filled with dualities. The scene is simultaneously vaguely identifiable as somewhere in northern or eastern Europe in the 20th century and also outside of time. There’s a sombre sense of dread along with a humorous absurdity; palpable tension and a quotidian rhythm, as if this happens frequently.

All of this pulls us in multiple directions at once. We can choose to focus – on details, on questions – or choose to just be: present, attentive, open.