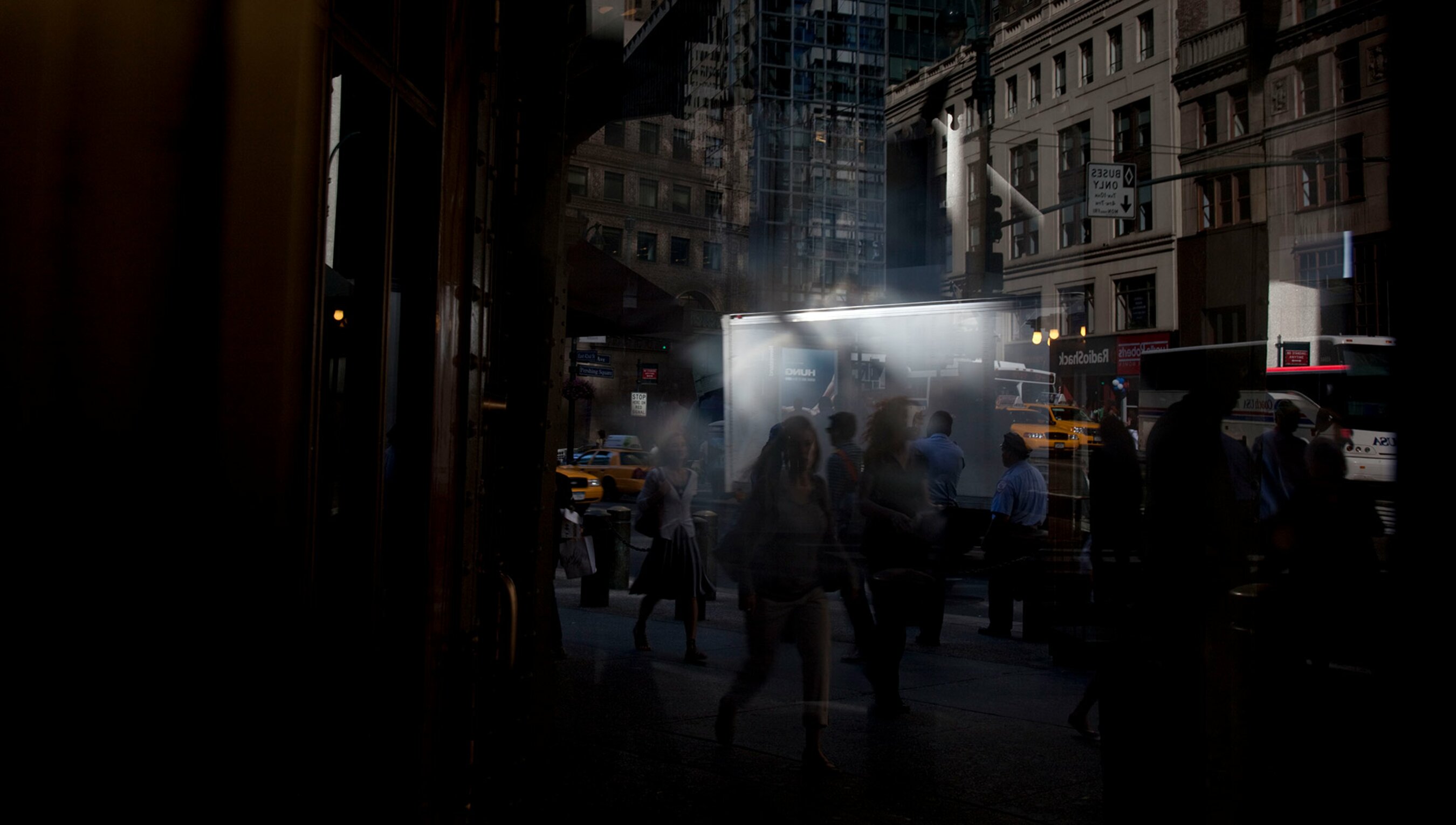 A few simple steps could empower the world’s largest minority

is a postgraduate fellow at the online forum Just Security, and a research scholar in the School of Law at New York University, where he is also a graduate student in journalism. He lives in Washington, DC.

I was born smaller than a slice of bread. For more than three months, an army of doctors and nurses at the Brigham and Women’s Hospital in Boston monitored my incubator to keep my paper-thin skin from peeling away. Every night, my parents counted the tiny heartbeats – each one a promise of what their son might achieve, if only I could grow. If only I could make it home.

I left the hospital with a condition that has a long medical name – retinopathy of prematurity – and which means that I am legally blind. As a child, I encountered some unique obstacles. While my classmates struggled to colour within the lines, I struggled to see the lines within which to colour.

For most of my life, I hated having a disability. The accommodations I received in school, like my black-and-white enlarged textbooks or a seat at the front of the room, made me feel different and alone. I wanted my books in colour and to sit with my friends. During gym class when we played softball, I hit the ball off a tee. Three times a week, that rubber ball reminded me that, just because I was born a certain way, my world and my potential had limits.

After college, I started a fellowship at Human Rights Watch that taught me a new way to think about disability. I learned to treat disability not as a medical condition that limits my potential or as something that requires ‘fixing’, but as a condition that interacts with attitudes and barriers that are disabling themselves. This ‘social model’ of disability shifts the focus away from an impairment and asks what we can all do to promote inclusion.

The social model says that a person using a wheelchair is disabled because the building they are trying to enter lacks ramps or elevators, not because they cannot walk.

Seeing disability in this more empowering light, I feel it as just one part of my identity that makes me resilient and resourceful.

When they realised I also could not see, the confusion turned into a mix of emotions: embarrassment, uncertainty, pity

My friend Michelle is blind. She was born with low vision, and lost most of her sight as a child. Michelle sometimes uses a cane to help her navigate. When she does, complete strangers make assumptions about her before she says a single word. Surely, they think, she must be confused, or afraid, or lost. They rarely assume that Michelle is capable, confident, or exactly where she wants to be.

Several months ago, Michelle and I had dinner at a leafy Filipino restaurant in Washington, DC. It was a trendy place: rowhouses squashed together on either side, string lights wrapped around a white fence, techno music blaring from a busy outdoor bar that served up bright pink and orange cocktails. Our stomachs growled as we smelled tangy curries and sweet coconut milk.

The other customers seemed confused from the moment we arrived.

They could tell Michelle was blind, her cane gave that away, and they assumed that I could guide her to a table. When they realised I also could not see, the confusion turned into a mix of emotions: embarrassment, uncertainty, pity.

The confusion is natural. After all, how often do you actually have the blind leading the blind?

Yet no one asked us if we needed assistance or offered options on where to sit. They made those choices for us based on snap assumptions.

They are not alone. Our walk to the restaurant forced me to remember that everyone – even me – makes snap judgments. As the one with a bit more sight, I had assumed that I could navigate us without too much trouble. But the dark streets and dangling tree branches proved me wrong. At least three times, I almost took us down the wrong street as I struggled to follow the little dotted line on Google Maps.

In the end, it was Michelle who led the way. She knew the neighbourhood well, and she used clever tricks like counting the number of streets we passed to orient herself. At first, I thought that was ‘inspiring’, but actually, it was resilient and resourceful.

I learned my lesson: our walk could have been far easier if I had only thought to ask Michelle to lead. I had not even considered it.

‘It feels dehumanising. They assume you can’t hold a full conversation’

Globally, an estimated 1 billion people have some form of disability. One in eight of our friends, coworkers and family members are part of the world’s largest minority.

But, despite our numbers, the stigma of having a disability is always present. In many countries, people with mental health conditions live in chains and are considered possessed. When armed conflicts occur, people with disabilities are often the first ones left behind, abandoned to die or fend for themselves. And people with disabilities face an increased risk of forced institutionalisation, spending their entire lives in grim facilities away from their families and communities, or lacking access to schools and jobs.

Too often, we all make snap judgments about the people we meet. The man in a suit is rich. The woman holding a baby is tired. A boy running to school is late. In seconds, we decide someone seems friendly or unfriendly, interesting or dull, trustworthy or suspicious.

People with disabilities know that feeling of judgment all too well.

‘People assume I am stupid! It feels dehumanising. They assume you can’t hold a full conversation or that they won’t have a lot in common with you,’ Michelle said.

But it gets worse. More times than she can count, Michelle has stood at a street corner as a stranger approached, grabbed her arm, and marched her across a street she never wanted to cross.

I don’t always use a cane but, when I do, people also make decisions for me. They decide which subway train to guide me toward, which menu options to read, and which of my everyday tasks – from opening a door to using my phone – are ‘inspiring’.

And that’s another problem. The notion that people with disabilities are ‘inspiring’ runs deep in our cultural imagination. In the Netflix show Daredevil (2015-18), attorney Matt Murdock (played by sighted actor Charlie Cox) loses his sight after a childhood accident. Murdock must ‘overcome’ his disability to become Daredevil, a crime-fighting superhero with whip-fast reflexes, super hearing, and epic combat skills.

We inspire because we are talented athletes or gifted musicians or insightful engineers. The disability does not define us

Daredevil makes Murdock one-dimensional. Characters in the show are impressed by Murdock’s ability to cross a street by himself, not by his creative legal mind.

Imagine what the world might look like if we dismantled that stigma and pushed back on our own assumptions.

There are simple steps we can take to do just that. The next time you see a person with a disability, ask if they need assistance before offering it. They might take up the offer, or they might prefer to continue their day in whatever way works for them.

We can also keep the social model in mind. When you see a person with a disability, don’t focus on their condition. Instead, think about how the environment and assumptions make the world less accessible.

Consider whether a building has ramps, whether a comedy show or basketball game provides sign-language interpretation, whether the signs at an airport are placed high up or in small font, or whether the lighting at a restaurant is dim.

Michelle and I might have felt less isolated if the restaurant staff had asked whether we wanted to sit indoors or outside. Or if city planners installed more streetlights so everyone, not only people with low vision, could walk more safely at night. Making these small changes, the shifts in attitude and behaviour, can make all the difference.

We make these choices every day.

While a disability begins with a physical condition, it is the social policies we enact and the attitudes we hold that truly disable.