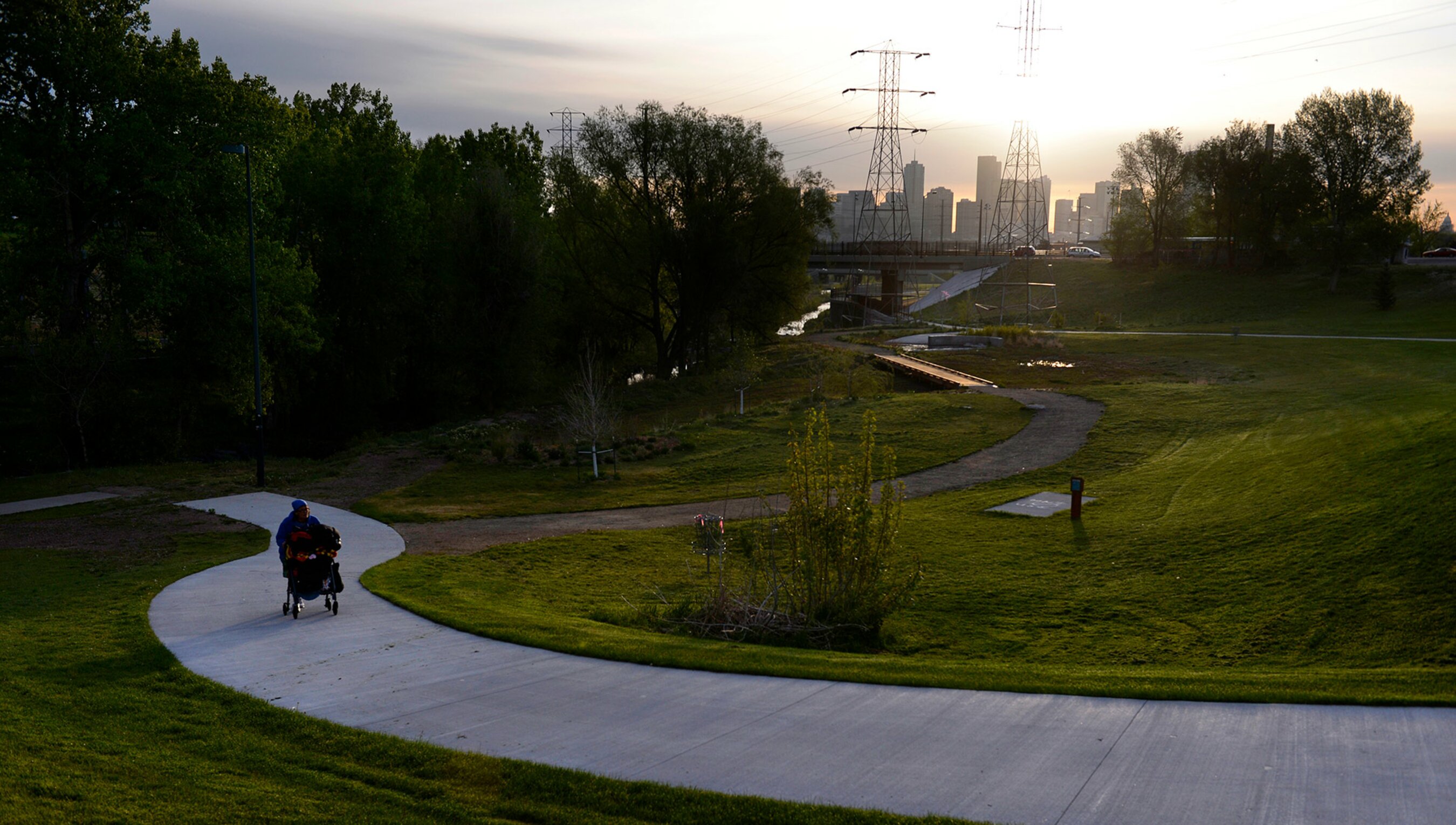 Lisa Abeyta, who has bipolar disorder, makes her way to the bus stop after spending the night in Paco Sanchez Park in Denver, Colorado, on 16 May 2014. Photo By Craig F Walker/The Denver Post/Getty

Lisa Abeyta, who has bipolar disorder, makes her way to the bus stop after spending the night in Paco Sanchez Park in Denver, Colorado, on 16 May 2014. Photo By Craig F Walker/The Denver Post/Getty

is a senior research fellow at the Institute of Psychiatry, Psychology and Neuroscience, King’s College London. With a background in philosophy, she now specialises in medical ethics and law.

Imagine that you can see into the future. You watch yourself driving, hurtling towards the edge of a cliff. But instead of swerving or slamming on the brakes, you accelerate and plunge over the side. Why? Perhaps it’s because you believe you’re invincible and can’t wait to feel yourself fly; or perhaps you believe that death is inevitable and the world would be a better place without you. Of course, you know now that these things aren’t true – but your future self firmly believes them, and you know you will be powerless to prevent yourself from acting on these beliefs.

For many people with bipolar disorder, this is a metaphorical or even close to literal reflection of their own experience. They can find themselves struggling to control a condition that can, when they are severely unwell, turn their mind into an alien place, detached from the values and beliefs of their self when well. In classically manic episodes, people may be drawn to impulsive, disinhibited or disruptive behaviours, with consequences such as financial loss, damage to relationships or employment and, in many cases, involvement of the criminal justice system. For those who experience more depressive episodes or ‘mixed’ episodes (where the energy and disinhibition of mania combine with the self-destructive drive of depression), the urge towards suicide might be strong. It has been estimated that as many as 20 per cent of those diagnosed with bipolar lose their life to suicide.

Yet it is during these severe episodes, just when treatment is most needed, that there is often a reluctance to engage with it. For those who see this coming and who wish to exert control over their future unwell self, there might be a way to do so: a set of instructions, drawn up by the individual when well, which has come to be known as a ‘self-binding directive’, ‘precommitment’, or a ‘Ulysses clause’. In the Odyssey, Odysseus – or Ulysses by his Roman name – orders his crew to bind him to the mast of his ship, knowing that his mind will be powerless to resist the deadly lure of the sirens’ song. Similarly, a self-binding directive allows a person to request that, during future periods of severe illness, when they are unable to control their decision-making, their refusal of treatment can be overruled. Although it will very likely be against their will at that time and could involve enforced hospitalisation, when they are severely unwell, they will receive the treatment they require in order to get through the episode of illness safely and recover to their former, well self.

Despite a current lack of legislation allowing for such directives in many countries, and the impracticability of existing statutes in places such as Australia and the Netherlands, some people have independently created and used this type of directive – even if on an informal basis – and the concept is gaining prominence. It is anticipated, for example, that upcoming changes to mental health law in England and Wales will provide a framework to support this type of arrangement.

How can we be sure that someone lacks ‘decision-making capacity’?

A good example of the need for such directives can be found in the book An Unquiet Mind (1995), an autobiographical account of living with bipolar disorder, written by the US psychologist and author Kay Redfield Jamison. She describes the moments leading up to a suicide attempt during a severe mixed episode:

I can’t think, I can’t calm this murderous cauldron, my grand ideas of an hour ago seem absurd and pathetic, my life is in ruins and – worse still – ruinous; my body is uninhabitable. It is raging and weeping and full of destruction and wild energy gone amok. In the mirror I see a creature I don’t know but must live and share my mind with. I understand why Jekyll killed himself before Hyde had taken over completely.

Jamison was discovered and survived. She has now written an agreement requesting hospitalisation and treatment with electroconvulsive therapy, even if she is unwilling, should such a situation recur.

Self-binding directives have been discussed in the context of various severe mental health conditions, including mood, psychotic and substance-use disorders. Perhaps the earliest influential discussion of the idea was in relation to psychosis. Thomas Szasz, writing in 1982, presented what he called the ‘psychiatric will’, primarily as a vehicle to help people avoid involuntary hospitalisation and treatment. However, he also made clear that a self-binding type of document could be useful for ‘individuals who dread the power of psychosis and desire protection from it by embracing, in case of “need”, the use of involuntary psychiatric interventions’. More recently, small interview-based studies with individuals whose conditions have included bipolar disorder and schizophrenia have produced some results supporting the consideration of self-binding directives.

What about the potential drawbacks? Medical ethicists worry that self-binding directives might allow involuntary treatment to be imposed on someone at an early stage of illness, while they are still capable of making an informed decision about treatment. How can we be sure that someone lacks what is known, in medical law, as ‘decision-making capacity’ and that we should be turning to the instructions in a document rather than what they are saying right now? Human rights advocates, such as the United Nations Committee on the Rights of Persons with Disabilities, go so far as to state that all involuntary treatment is a violation of an individual’s fundamental human rights.

The debate over self-binding directives has been working through these issues since the 1980s. However, one voice that was largely missing was the voice of ‘lived experience’. The arguments have gone backwards and forwards without asking the opinions of those who have the most intimate knowledge of what it is like to be unwell, and the likely consequences of illness; the very people who have found themselves hospitalised for mental illness and who may well have received involuntary treatment.

As part of ongoing research into mental health advance directives, our team at King’s College London conducted an internet survey in partnership with the charity Bipolar UK. We asked people who have lived with bipolar lots of questions about their views and any experiences of any forms of advance decision-making in relation to their condition. One of the questions we asked participants was whether they thought self-binding directives were a good idea and why they thought this. We found that 82 per cent of participants endorsed the self-binding directive idea, with the vast majority explaining this endorsement in terms of experiencing a determinate shift to distorted thinking and decision-making when they are unwell.

While ethicists might feel that the risk that someone retains decision-making capacity is a barrier to self-binding directives, many participants were adamant that their decision-making is impaired when they are unwell, and often mentioned ‘capacity’ in their responses, even though it was not alluded to within the questions themselves. A good example was this response:

You are unwell and lack capacity. I [recognise this now] looking back at when I was last sectioned, but my views were very different at the time due to my illness. It is my well views and opinions that should be acted upon.

Some people described this transition in terms of a shift of ‘self’, suggesting that illness makes them an entirely different person from their well self. As a philosopher working on medical ethics and law, I am particularly interested in questions about personal identity and illness, so it was fascinating to see answers such as this:

When psychotic or manic or depressed you can become another person and irrational. It is easy to make bad decisions when ill that may not be in my best interest.

When participants referred to the practical consequences and risks of illness, they were often related to suicide. People talked about how their ill self impelled them towards death in a way that was utterly inconsistent with their wishes when well. For these participants, self-binding directives seemed to have life-saving potential, an idea powerfully expressed in this response:

[W]hen I am unwell, my thoughts, perceptions and desires drastically change. I can become suicidal and impulsive, making decisions or plans that I (would) later regret (if I had followed through with them). I often come out of an episode feeling extraordinarily grateful that I didn’t take my own life, but when I become ill the same thoughts and plans return to me regardless and I am convinced they are my true desires. I don’t want anyone to listen to me when I am unwell, I explicitly would want them to take my advance plans as my true wishes and would be mortified if they were overruled.

To answer ethical concerns about retention of decision-making capacity, one important element of self-binding directives could be an individual’s own description of what are, for them, the key indicators of a loss of decision-making capacity. Such indicators might include major and otherwise inexplicable changes in behaviour or beliefs that have accompanied the onset of previous severe episodes of illness, which could include a lack of awareness of one’s condition and sudden reluctance to adhere to usual medical treatment. The medical team treating them could then be more confident that adhering to the wishes expressed in advance in the document, rather than the current refusal of treatment, is the correct course of action.

While conducting the survey, other consultation work and an implementation study, our research team has also been working with the UK Department of Health and Social Care to offer advice on current reforms to the England and Wales Mental Health Act (1983). The revised laws will include a provision for ‘advance choice documents’, which will allow people both to ask to avoid treatments that they do not want and to request treatments that have worked in the past. The aim is that, by enabling people to make requests for treatment and encouraging them to include personalised indicators of illness, such documents could serve a ‘self-binding’ function for those who wish for this type of arrangement.

Support for self-binding directives is not universal: some of our survey respondents were ambivalent about the idea, while 12 per cent were adamant that it was a bad idea and would not be what they wanted. For some participants, rejection of self-binding directives was based on a belief that, even when unwell, they retained the capacity to make decisions about their treatment, while others expressed strong concerns that the presence of a self-binding directive might get in the way of clinical decision-making.

Of course, it is imperative that individual views are respected, and nobody should be pushed to commit themselves in advance to something that they do not want or believe in. Nevertheless, for all those who do endorse the idea, a procedure by which they can effectively bind themselves to the mast in moments of crisis could offer a valuable tool for navigating life with mental illness. 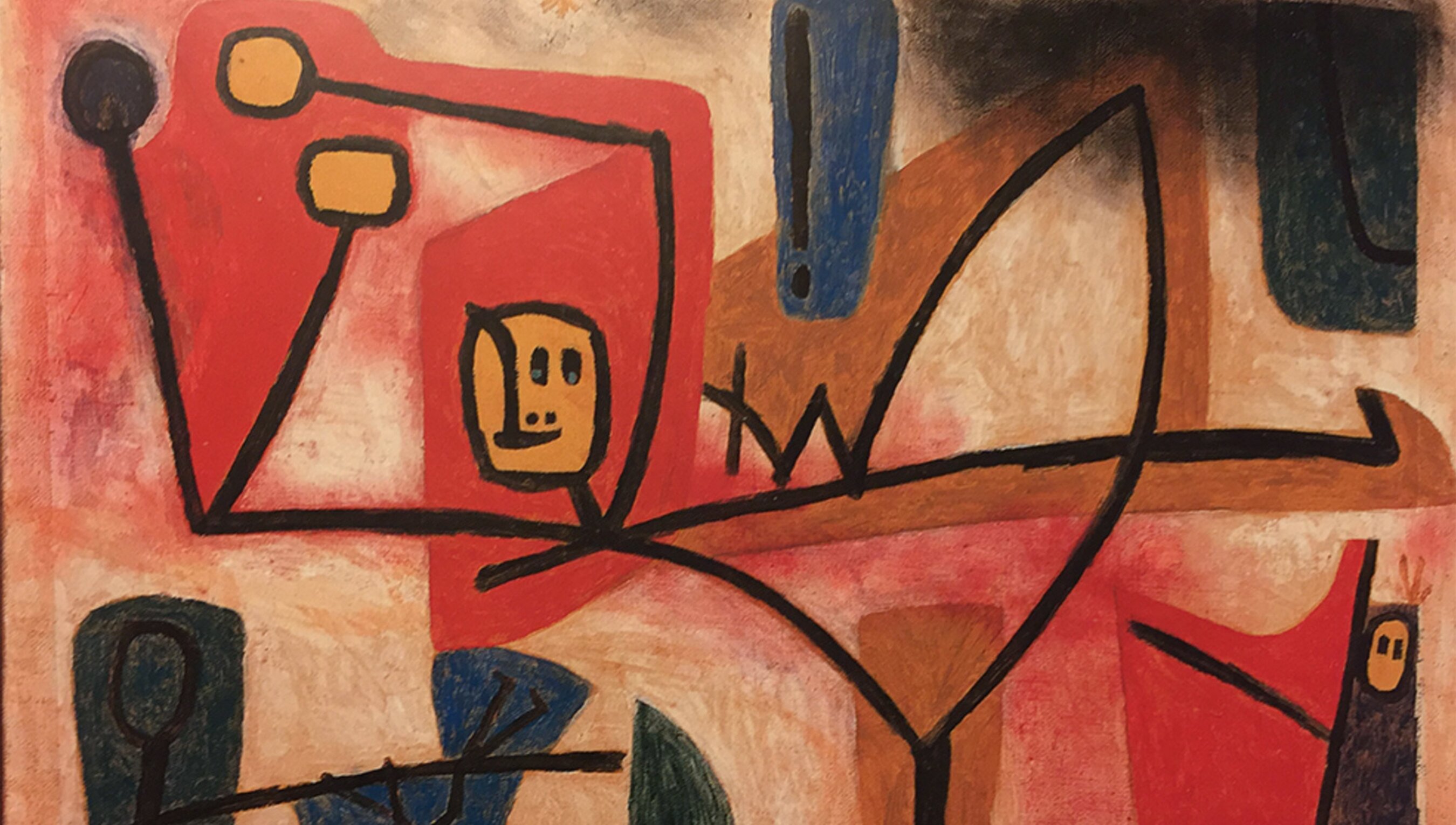