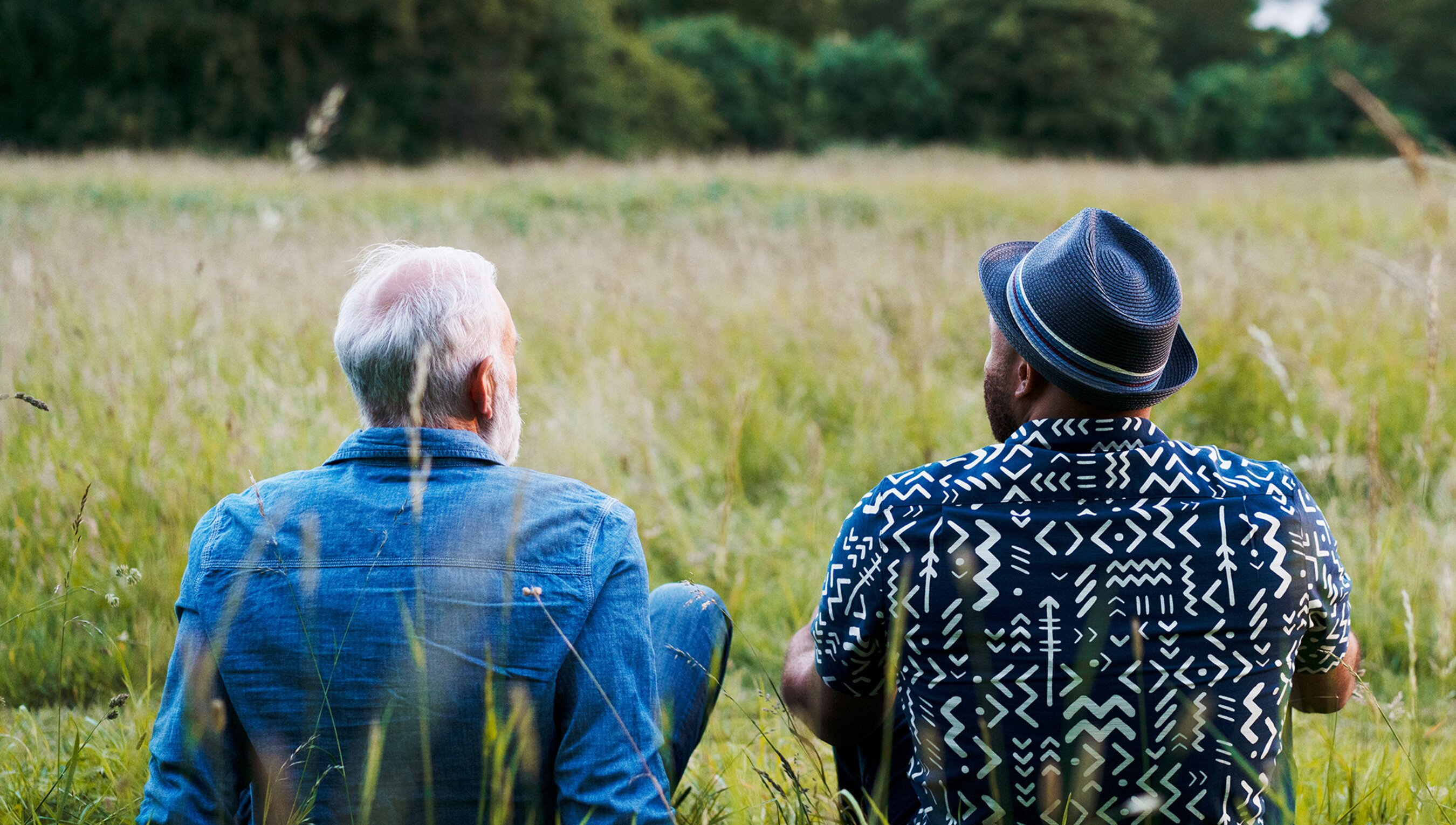 When all looks bleak, hopebuilding strategies offer a lifeline

is a licensed clinical psychologist in North Dakota, US. She is the author of The Suicidal Thoughts Workbook: CBT Skills to Reduce Emotional Pain, Increase Hope, and Prevent Suicide (2021) and co-host of the Psychodrama podcast.

Every one of us experiences painful thoughts and emotions in response to hardships over the course of our lives. A sense of hope that the pain will subside as circumstances improve helps to keep us afloat. But many people experience pain at such intense levels that it becomes what the clinical psychologist Edwin Shneidman referred to as psychache: ‘the hurt, anguish, soreness, aching, psychological pain in the psyche, the mind’. Shneidman proposed that suicide is driven by a desire to escape psychache when it feels unbearable. The sense of hope is often missing.

Suicidal thoughts and behaviours are a major public health problem: worldwide, we lose approximately 700,000 people to suicide every year. Recent global statistics for suicidal thoughts and behaviours are difficult to ascertain, and vary by nation, but a 2020 survey found that, in the United States, an estimated 4.9 per cent of adults had serious thoughts of suicide, and about 0.5 per cent reported a suicide attempt in the past year. Take a moment to process what the numbers mean. They signal that millions of people and their loved ones are suffering. They tell us that far too many people are struggling and searching for relief. Tragically, too few are finding it. The losses from suicide are heart-breaking and cause ripple effects in families and communities. Both grief from and exposure to suicide are linked to increased suicide risk and mental health difficulties.

Suicidologists have responded to this public health crisis by proposing theories that identify commonalities across suicidal experiences, describing the factors that shift suicidal thoughts to suicidal behaviours. The goal of these ‘ideation-to-action’ theories is to gain a deeper understanding of, and alleviate the conditions that lead to, suicide. Current theories include the interpersonal theory of suicide, the three-step theory of suicide, and the integrated motivational-volitional model of suicidal behaviour.

These leading theories have distinct elements, but they are united in the notion that hope – a sense that life might get better, and that conditions could improve – can be lifesaving in the presence of excruciating pain. The interpersonal theory of suicide proposes that a thwarted need to belong and a perception of being a burden on others lead to suicidal desire when a person is hopeless that these conditions can ever change. The three-step theory of suicide, though it differs in certain ways, similarly argues that psychological or physical pain must be accompanied by hopelessness to cause suicidal desire. The integrated motivational-volitional model posits that entrapment, feeling that there is no escape from defeat in life, drives suicidal desire. Entrapment refers to a specific sense of being stuck, while hopelessness typically refers to a more general sense of pessimism. However, hope appears to mitigate the link between entrapment and suicidal desire.

Hope has long been thought of as a protective factor within the suicide literature. In two of the earliest multi-year studies examining suicide as an outcome, the late Aaron Beck, who developed cognitive behavioural therapy, and his colleagues found that self-reported hopelessness at the beginning of treatment was predictive of death by suicide. More recently, a meta-analysis of 166 papers revealed that hopelessness was a statistically significant predictor of suicidal desire, suicide attempts, and suicide deaths.

For hope to take hold, it must resonate with the person’s lived reality

Hope is therefore considered a key factor for effective suicide prevention. In fact, hopelessness is a target of two leading therapeutic interventions for suicidal behaviour. In collaborative assessment and management of suicidality (CAMS), the therapist regularly checks in with the patient about levels of hopelessness. Building a sense of hope is viewed as ‘a clinical imperative’. Similarly, cognitive behavioural therapy for suicide prevention (CBT-SP) prioritises hope through conversations about reasons for living, including loved ones and other sources of meaning. It also includes instructions for creating a ‘Hope Kit’ that one can access when suicidal thoughts arise.

Hope kits or boxes can be virtual or physical, and typically include quotes, pictures, and other contents that evoke fond memories (eg, a vacation souvenir), instil a sense of purpose or meaning (eg, pictures of family and friends, spiritual scripture) or have soothing effects (eg, nature pictures, a music playlist). A hope kit is meant to decrease distress and plant seeds of optimism for a better future.

People who are afflicted by suicidal thoughts often desperately want to feel hopeful. Well-intentioned loved ones might try to instil hope through platitudes or encouragement to ‘look on the bright side’. Unfortunately, it is not that easy to counter suicidal desire. For hope to take hold, it must resonate with the person’s lived reality.

In an effort to expand on the hope kit and provide guided, practical steps for authentic hope-building, I created my own framework that uses multiple strategies to support people who struggle with suicidal thoughts. The four HOPE strategies, which I describe below – Seek Help, Find Optimism, Change Perspective, Attend to Emotions – are informed by my work as a suicide researcher and therapist.

Among the most robust findings from research on suicide are that social isolation is associated with increased suicide risk, while social support is related to decreased risk. Problems seem more surmountable when you have people to help you through them. The Seek Help strategy involves brainstorming about possibilities for assistance, and planning to connect with those resources.

Grace listed seeing her children grow up but also sunsets, her friend’s wedding, and finishing a book she liked

Consider Malcolm, whose case – like the others I’ll describe – is fictional, but based on real clinical experience. Malcolm began having suicidal thoughts when he could not pay his rent. He felt ashamed and unable to solve his problem. Following the Seek Help strategy, he reached out to a clergy member to identify possible solutions. (One might also reach out to another trusted person, such as a friend, family member, or therapist). They listed three potential sources of help: community organisations that help with rent; friends he could ask to borrow money from; and contacting his landlord about an extension. Next, he listed the times and dates when he would reach out to each one. These steps can help cultivate hope when a person is feeling defeated.

Inherent in hope is the capacity to imagine a future with less pain. The Find Optimism approach helps when a person cannot envision ever feeling differently. Grace was experiencing this kind of tunnel vision; she could not see any bright spots ahead. Using the Find Optimism strategy, she reflected on reasons to look forward to her future. These reasons do not have to be grand to increase optimism about joyful or meaningful moments. Grace listed seeing her children grow up as a major experience to look forward to, but she also included smaller events: sunsets, her friend’s wedding, finishing a book she liked, and getting coffee from her favourite coffee shop the next morning.

Grace also increased her optimism by recalling some of the past difficulties she had experienced. Remembering her personal strengths and the supports she had to help her through previous hardships increased her confidence that she could handle the troubles she faced in the present and the future.

The hopelessness theory of depression proposes that people feel most hopeless when they believe their struggles are internal (attributable to themselves), global (about them as a whole) and stable (can’t be changed). The Change Perspective strategy asks people to re-examine their beliefs by considering evidence for external, specific and changeable components of their situation.

Luis began feeling suicidal after a romantic relationship ended. He initially blamed himself for the break-up, thought that it meant he was unlovable as a person, and believed that no one else would love him in the future. Using the Change Perspective approach, Luis was prompted to reconsider his beliefs by looking for evidence of his positive behaviours in the relationship. This led him to step back and identify how his partner had also contributed to their problems, which decreased the severity of his self-blame.

Once Devi allowed the painful emotions, she was able to pursue more effective ways to soothe them

After considering other loving relationships in his life, Luis recognised that he was not a bad, unlovable person even if he made some specific mistakes. Through this process, Luis’s negative beliefs about himself became less rigid. He felt more open to the possibility that he could have future healthy romantic relationships, and his hopelessness receded.

Emotional pain tends to drive and accompany suicidal thoughts. Treatments for suicidal behaviour, such as dialectical behaviour therapy (DBT), include tools for viewing emotions as valid and warranting compassion, and as states that change over time.

Devi received a medical diagnosis that would alter her life course. But whenever she started to feel sadness, anger or grief about it, she avoided the emotions or talked herself out of them by thinking about others who were in worse situations. This pattern amplified her suffering and led to suicidal thoughts. Using the Attend to Emotions approach, Devi first labelled her emotions and then reflected on what had prompted them. Rather than push them away, she instead tried viewing her emotions as acceptable and as communicating needs to her. Often, the needs were for self-compassion and support from others. Once Devi allowed the painful emotions, she was able to pursue more effective ways to soothe them.

Devi’s difficulties with emotions stemmed partly from the idea that, if she let herself feel them, she would be stuck in the painful emotions forever. Guided by another Attend to Emotions tool, she observed how her emotional intensity would fluctuate over time (eg, by rating it on a 1-to-10 scale every hour throughout the day, and watching it change). In addition, she kept a list of emotional uplifters to turn to when she did not feel the intensity easing on its own (eg, a favourite song, an enjoyable hobby, talking to a friend).

If you or a loved one have experienced suicidal thoughts, you know how hard it can be to find hope while suffering. These hope-building strategies – Seek Help, Find Optimism, Change Perspective, and Attend to Emotions – were designed to guide people through practical steps that are informed by science and clinical experience.

As a clinical psychologist, I have had the honour of working alongside many patients who have had experiences like those described above. With the help of tools such as those that form the HOPE framework, I have witnessed people’s journeys from the depths of suicidal despair to fulfilling lives with less pain, more joy and more meaning.

If you are currently struggling with suicidal thoughts, I encourage you to seek additional help from a mental health professional. You are worthy of support and hope for a better future.

If you’re having suicidal thoughts, please contact a crisis centre or hotline for help.
In the US, the National Suicide Prevention Lifeline is 1-800-273-8255
In the UK and Ireland, the Samaritans can be contacted on 116 123 or email jo@samaritans.org or jo@samaritans.ie
In Australia, the crisis support service Lifeline is 13 11 14
Other international helplines can be found at www.befrienders.org