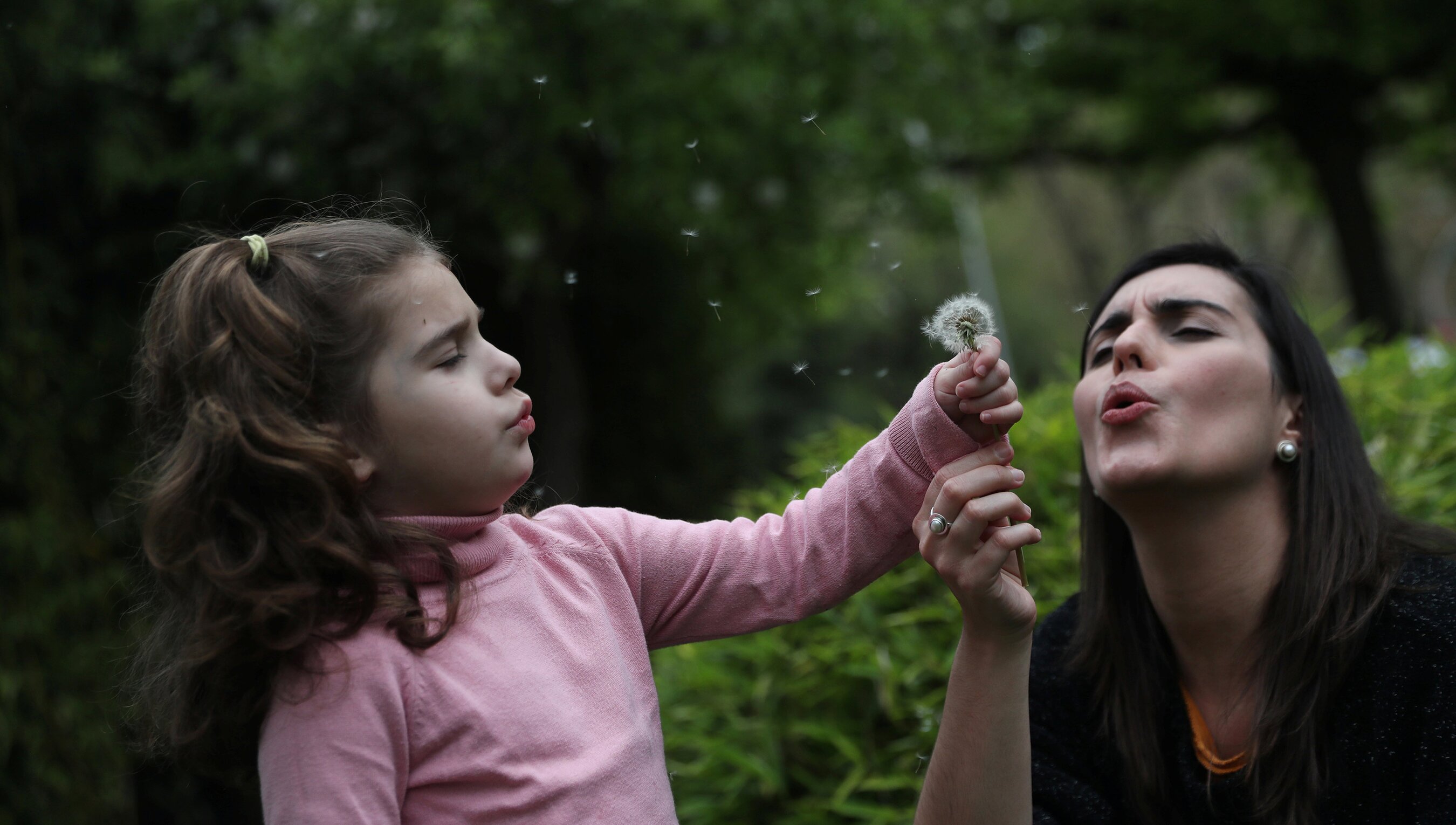 Olivia, a four-year-old on the autism spectrum, and her mum in Madrid, Spain, 9 April 2020. Photo by Susana Vera/Reuters

Autistic people shouldn’t have to use ‘camouflage’ to fit in

Olivia, a four-year-old on the autism spectrum, and her mum in Madrid, Spain, 9 April 2020. Photo by Susana Vera/Reuters

is professor of cognitive neuroscience at King's College London. Her books include Autism: A New Introduction to Psychological Theory and Current Debate (2019), co-authored with Sue Fletcher-Watson, and Girls and Autism: Educational, Family and Personal Perspectives (2019), co-edited with Barry Carpenter and Jo Egerton.

Imagine you are visiting a very different culture – if you are from Europe or the United States, then perhaps somewhere like Japan. On arrival at your host’s house, you hesitate on the threshold – should you remove your shoes? Is shaking hands appropriate? Should you have brought a gift? Is your host offended already, but being polite by not showing it?

In this situation, where the unspoken social rules are mysterious to you, it would be natural to watch others carefully and copy what they do. Over time, by observing and copying, you might succeed in blending in – but it will be exhausting, even after some things become almost habitual. And, of course, there is always the risk that your tactics backfire – for instance, you might inappropriately copy behaviour that’s deemed acceptable only from one gender, or in one specific context.

Now imagine doing that, not just for a few hours a day for a fortnight, but every waking moment, for your entire adult life. That is what many people – particularly women – on the autism spectrum describe when they talk about ‘putting on the mask’ or ‘camouflaging’ their autism. For them, the nonautistic or ‘neurotypical’ world is a completely alien ‘culture’ where the implicit social rules are baffling. Why are some types of lie (‘No, your bum doesn’t look big in that’) acceptable and others not? When do people mean ‘How are you?’ or ‘See you later’, and when is it just a way of saying hello and goodbye? What is the right distance to stand from someone, and how long should a handshake last?

Although both men and women on the autism spectrum report ‘masking’, some studies suggest that camouflaging is more common in autistic women. When my colleagues and I interviewed autistic women and girls recently about their experiences of autism, ‘masking’ emerged as a key theme. One woman in her 20s told us:

I didn’t want anything more than just to be normal and to fit in so I really, really tried and I kept, you know, imitating and copying and making myself look and appear as normal as I could …

A middle-aged woman diagnosed recently said: ‘because I didn’t know what to do … everything I had to learn by observing’.

Compensation strategies vary, from simple tricks, such as looking at the bridge of the speaker’s nose as a way to feign eye contact, to more complex approaches, such as preparing and practising a script for an upcoming casual conversation. Some of the autistic girls and women we spoke to described picking a popular female peer at school or work and copying everything about her: her clothes, her hair, how she talks, even how she walks.

To better understand how and why some autistic people use compensation strategies, it’s important to recognise the wide variation in how the core features of autism manifest. The early emerging social and communication difficulties of autism, and the rigid and repetitive behaviours and interests, are more pronounced in some autistic people than others. Moreover, many autistic people have additional intellectual or language impairment, while others are highly intelligent with erudite vocabularies. This means that, whereas many autistic people need help and support their whole lives, others find an occupation that uses their interests and abilities, live independently, and have a family.

Members of this latter ‘optimal outcome’ group, who might not appear autistic to observers, have sometimes been considered to have ‘grown out of’ their autism. This might sound positive; some early intervention programmes for autistic children strive for this result. However, my colleague Lucy Livingston and I have been digging deeper into what it means to no longer ‘look autistic’, and our findings suggest that, rather than having outgrown autism, these individuals are still autistic but have developed compensatory strategies to fit in with the neurotypical world.

In our research, we’ve focused on a compensation for an area of neurotypical social processing that is especially difficult for autistic people. Most autistic people are emotionally empathic, caring and strongly attached to their loved ones, but they struggle with ‘mentalising’. Also known as ‘Theory of Mind’, mentalising refers to the everyday ability to recognise what others are thinking. People without autism intuitively ‘see’ the intentions (to communicate, deceive, persuade) behind other people’s actions, but this doesn’t come naturally to autistic people. Consequently, even highly intelligent autistic people frequently struggle on tests of mentalising, such as watching a short film or reading a vignette and inferring a character’s intentions.

‘I have lovely friends but it’s not me they’re friends with, just the person I pretend to be’

We’ve been exploring compensation by focusing on diagnosed autistic young people who do poorly on these kinds of formal mentalising tasks, and yet appear ‘neurotypical’ when they’re interviewed by a trained researcher looking out for signs of autism. These ‘good compensators’ have better intellectual ability and executive functions (planning, monitoring, self-control), on average, than autistic people whose poor mentalising test performance is matched by more obvious autistic social behaviour in the interview (‘poor compensators’). It’s revealing that, despite these advantages, we found the good compensators reported more social anxiety and general anxiety than the poor compensators, which challenges any overly simplistic notion that successful compensation is necessarily or uniformly desirable.

It’s true that our study can’t disentangle cause and effect – do more socially anxious autistic young people worry more about how they appear, and hence work harder at camouflaging and compensation? Or does the process of compensating have a cost for mental health? However, the idea that wearing a neurotypical mask is exhausting emerged as a strong theme when we surveyed more than 100 autistic and nonautistic adults online about their use of compensation for overcoming social difficulties. One autistic woman in her 30s wrote:

I have little energy left at the end of the workday, I can’t keep up with the cleaning of my house or feed myself.

Compensation and camouflaging in autism has also been linked to depression, burnout and even suicidality. Parents describe how, after a whole day of camouflaging at school, meltdowns at home are common for their autistic children. In fact, it can be frustrating for parents that teachers don’t see the real cost of good behaviour observed at school. Some autistic people also feel that masking leads to a loss of authenticity, which can erode self-esteem; as one autistic teenager told me: ‘I have lovely friends but it’s not me they’re friends with, just the person I pretend to be.’

Given the apparent costs of compensation, why do so many autistic people mask and camouflage? Sadly, research suggests that neurotypical people’s first impressions of autistic adults tend to be negative. Perhaps that’s why, in our research, autistic people have told us that the motivation for the herculean effort involved in compensation is often to avoid bullying, or to have a chance at friendships. Masking and compensating could also be useful in a job interview, in the workplace, or at social gatherings, and some autistic people see positives in being able to ‘pass as normal’.

However, another disadvantage to camouflaging is that it can delay a diagnosis of autism. One autistic woman in her 20s told us:

It’s telling that autism is currently diagnosed later and less readily in women than in men ­– the estimated male-to-female autism ratio of 3:1 is likely associated with biological factors in part, but probably also reflects under-recognition of autism in women.

Laura Hull, the British researcher who developed the first self-report camouflaging questionnaire, has argued that diagnostic assessments should take into account reports of masking and compensating. Other approaches to improve diagnostic accuracy in light of compensation might include conducting assessments in real-life settings, such as playgrounds or shops. As one autistic woman in her 50s told us: ‘Sensory environment … can wipe out 100 per cent of my “coping energy”…’

Research on compensating, and its costs, also raises important questions about common social skills interventions for autism. In effect, many of these programmes teach and reward masking – and they carry an implicit message that it is the autistic person who must change. Maybe the lessons, such as on what behaviours neurotypical society expects in some settings, need to be balanced with a greater acceptance of differences and the message that it is okay to be your autistic self.

An analogy used by some enlightened practitioners is that learning neurotypical social skills is like learning a second language; although hard work, this opens new possibilities to do things and go places. Importantly, it doesn’t imply that your first language was ‘wrong’ or that you shouldn’t also use that language, according to the context and company. Late-diagnosed autistic adults, and especially women, also describe the benefits of ‘finding their tribe’ – that is, other autistic people with whom they can be themselves. Autistic peer mentoring, especially following late diagnosis, could also help people drop the mask in safe contexts.

Western visitors in Japan are easily identified as foreign, and their cultural faux pas are usually quickly forgiven. In contrast, for the autistic children and adults trying to negotiate the nonautistic world, their mistakes are often met with bullying and ostracism. Improving understanding and acceptance of autism across society is essential. Negative first impressions of autistic adults are improved when the viewer knows the adult is autistic, and when viewers have greater autism knowledge and less autism stigma, which shows the benefits to be had if wider society were better informed. If we can succeed in encouraging more positive and inclusive attitudes to autism, then autistic people will no longer be forced to hide behind ‘masks’.