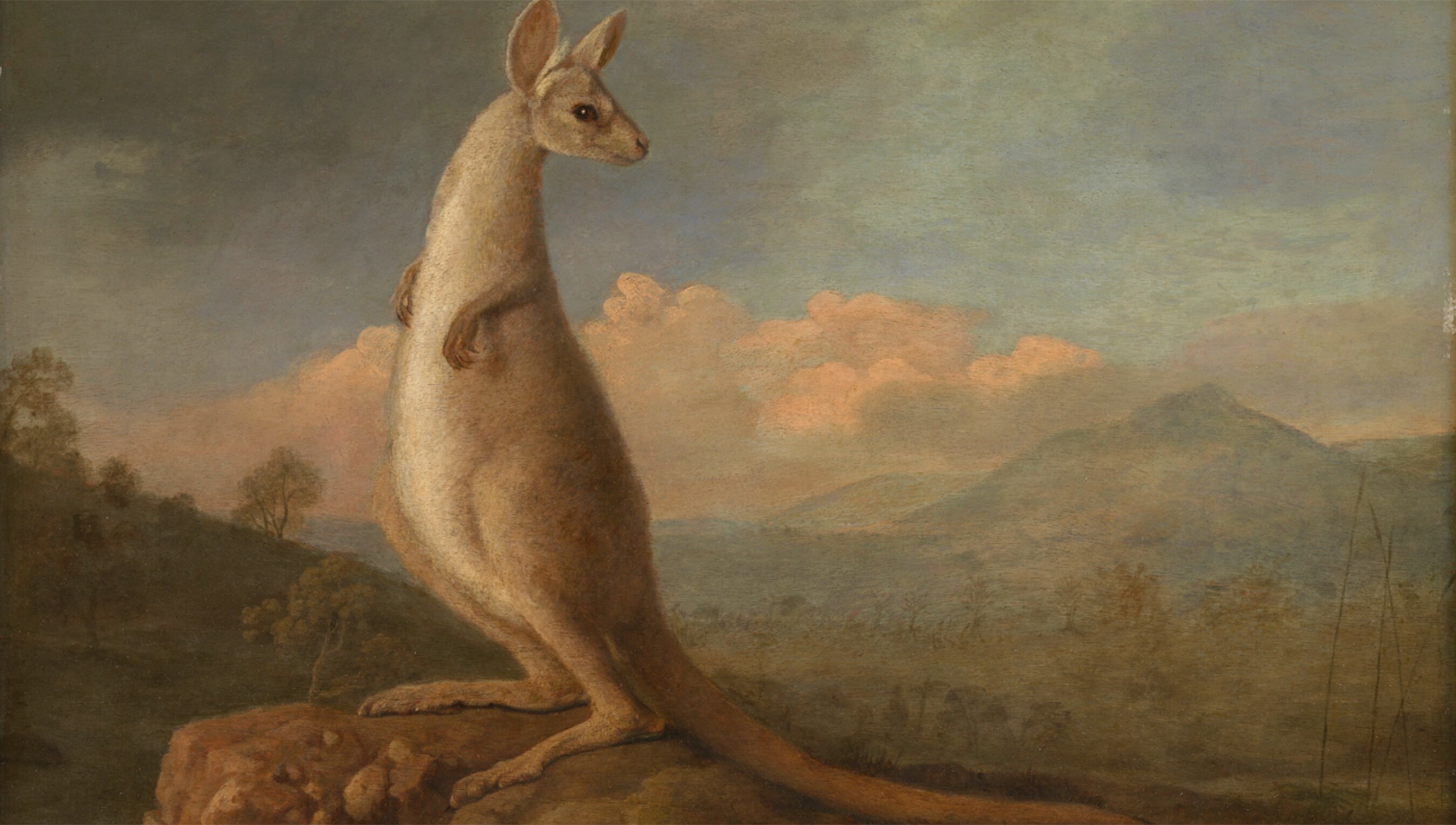 is the assistant director of the University Museum of Zoology, Cambridge, and the author of Platypus Matters: The Extraordinary Story of Australian Mammals (2022).

Primitive oddities. Lesser beasts. Strange creatures in an evolutionary backwater. Since the 18th century, Australia’s mammals – including koalas, kangaroos, wombats, echidnas, possums and platypuses – have often been viewed unkindly by English observers. John Gould, one of England’s most influential natural historians, reflected on the mammals of Australia in 1863 by asking: ‘[H]as creation been arrested in this strange land?’ The writer Arthur Mee took a similar swipe at the continent’s marsupials in 1912, declaring them – entirely incorrectly – to be ‘a low type of small-brained animal approaching the reptile’. Even Charles Darwin slandered them. After seeing a platypus in the wild in the 1830s, he sat and contemplated ‘the strange character of the animals of this country as compared with the rest of the world’. He thought it was enough to assume that ‘two distinct Creators must have been at work’. To stunned European observers, Australia’s fauna were not cut from the same cloth as other mammals. They declared these creatures were at once bizarre and evolutionarily deficient.

These descriptions matter, and they continue to shape how we think of Australian mammals. Our relationships with certain species are deeply influenced by the reputations they have been given, which can have serious consequences for an animal’s place in the world and its ability to thrive.

But how do animals earn reputations? This is not so much about the qualities of an individual’s personality – like the reputations of friends or strangers – but about the perceived qualities of entire species. Widespread public opinion might hold a species to be ferocious, sly, shy, lazy, belligerent, dopey or playful, for example. Dogs are loyal. Foxes are cunning. Beavers are resourceful. These reputations may be based on events and behaviours, they may be based purely on rumour and innuendo, or they may be based entirely on cultural biases. These impressions are not only ‘ways of seeing’ animals, they can alter the lives of entire species – for better or worse.

I’m a zoologist, and I study the mammals of Australia. All mammals share certain features, including growing hair and producing milk for their young. Like any other group of animals, they are subdivided based on specific differences. Mammals are split into three major groups depending on how they reproduce: monotremes lay eggs; marsupials give birth after a short pregnancy to tiny young who do most of their infant growth by suckling milk, often in a pouch; and placental mammals, like us, give birth after a long pregnancy to larger young, who finish off their infant growth with a shorter period of suckling.

These descriptions serve to position Australian mammals as something different, something alien and, crucially, something inferior

Australia – along with neighbouring New Guinea and nearby islands – is the only place in the world where all three groups are found. As far as I can tell, based on a career working with historic specimens in museums, interspersed with annual ecological fieldtrips to work with live animals in Australia, no more wonderful species have ever evolved than platypuses, echidnas (their spiny ant-eating cousins), wombats, kangaroos and their relatives. For instance, while on fieldwork to study a contagious cancer that is devastating Tasmanian devil populations, I peeked into a devil’s pouch and saw four mango-sized babies snoozing and suckling – I don’t think I’ve ever experienced more awe. And I am not alone in my fondness for these species. Wonder is an emotion that many people associate with Australian mammals, but that does not tell the whole story of their collective reputation.

I have come to notice that Australian mammals are considered fondly but not fairly by the world at large. Go to a museum, read a book, watch a documentary, peruse a news article and chances are that popular accounts of these species will pair ‘wonderful’ with ‘weird’. The tone, words or background music are likely picked to portray these animals as kooky and different – perhaps even a little bumbling. Marsupials, platypuses and echidnas are consistently described in subtly pejorative ways: ‘bizarre’, ‘curious’, ‘strange’ and even ‘primitive’. My heart sinks when I see a museum display containing modern marsupials and monotremes titled ‘Early Mammals’ – incorrectly suggesting that they come from a different evolutionary age. These descriptions serve to position Australian mammals as something different, something alien and, crucially, something inferior.

Let’s consider published writing about the platypus. In a recent six-month period, The New York Times ran two platypus stories. One had the headline ‘Can the World’s Strangest Mammal Survive?’ and the other included a caption describing them as ‘Dr Frankenstein’s first attempt’. In more scientific arenas, lines like ‘the most primitive of all mammals’ have become commonplace. No reading of such accounts could lead to the conclusion that they are our evolutionary equals.

Without question, platypuses are surprising. Along with echidnas, they are the only surviving egg-laying mammals. They’re also among the only mammals to produce venom, which is delivered through spurs on their ankles. This venom is a complex mix of substances with structural similarities to toxins from snakes, spiders, centipedes, sea anemones, shrews, frogs and fishes, and is unusual in that humans stung by a platypus can feel its effects for well over a decade afterwards. Platypuses produce milk without nipples, and they hunt by detecting the electrical impulses generated by the heartbeats and other muscular movements in their prey, using superficially duck-like bills.

To pick a marsupial, wombats are also rather remarkable. Their teeth never stop growing and they use their reinforced backsides to block predators from entering their burrows. If that doesn’t work, their bottoms can crush an attacker’s skull against the burrow’s roof. They also poop cubes.

And then there are kangaroos and wallabies, some of which produce babies that are at least 30,000 times smaller than their mothers. Kangaroos and wallabies can travel at speed far more efficiently than most comparatively sized mammals, and some have teeth that are continuously replaced throughout their lives, much like a shark. In some species, adult females are always simultaneously pregnant and lactating, with a differently aged embryo in each of their two wombs, a newborn in the pouch and an older offspring outside, suckling on a different nipple (which produces different milk) by sticking its head inside the pouch.

I admit, this does all sound a little unusual. But then, if we think about it, every animal is weird, from ants to humans. Platypuses are no stranger than elephants. So why do Australia’s mammals consistently get described as ‘weird and wonderful’ – a collective reputation that is not shared with the fauna of any other major landmass? Where did these tropes come from? By researching the history of the West’s relationship with these species, it’s easy to spot a trend that started early in Europe’s descriptions of Australia. Following the British invasion of the continent in 1788, the diarist Watkin Tench’s widely read account of the early settlement described kangaroos as ‘contrary to the general laws of nature’ (and suggested that they gave birth directly through their nipples). Despite his wording, Tench was not referring to any natural ‘laws’. Instead, his yardstick was an idiosyncratic notion of how animals should look and behave – a notion shared and reinforced by the society he was part of. This is an early demonstration of the wider point: Western or ‘Old World’ animals have acted as the zoological standard, and by not being perceived as conforming to that standard, Australian species appeared inferior.

This sort of language became pervasive in nature-writing in the centuries that followed, from Gould to Darwin.

Throughout, and in parallel with racist colonial descriptions of Indigenous Australians, the implication has been that Australian mammals are lower down either a metaphorical hierarchy or an evolutionary one: they are somehow more primitive than the species that Europeans were familiar with ‘back home’.

Think of the living monotremes: the platypus and echidnas. Throughout their evolutionary history, monotremes have continued to lay eggs, unlike other mammals, and this ability has been considered a ‘primitive’ feature. This belief emerges because the earliest mammals laid eggs – a trait they inherited from their reptile-like ancestors. However, today’s birds also retained egg-laying from their reptilian ancestors among the dinosaurs, but are not considered ‘primitive’ for having done so. Furthermore, even our own legs are ‘primitive features’ inherited from our ancestors among the fishes. The point is that having what biologists called ‘primitive features’ – inherited through evolution with little change – does not make a species primitive. All living complex animals are equally evolved. Calling platypuses ‘primitive’ for having a feature that humans don’t is just our egos talking.

When Europeans first arrived in Australia, the wildlife quickly became central to how the wider world came to see the country. It is well known that the colonial machine sought to undermine Australia’s First Nations people through racist descriptions, but animals also became a key part of the nation’s reputation at this time. It served the colonial political narrative to paint Australia’s fauna as primitive and inferior, because this rendered the continent and its forms of life as inferior – something that could be used to strengthen the justification for invasion. It was all part of the notion of terra nullius, the racial legal argument for claiming sovereignty based on the assertion that Australia was ‘nobody’s land’. Despite at least 60,000 years of precise land-management, Aboriginal people were too ‘uncivilised’ to hold ownership. The ways in which the animals and people were regarded became thoroughly entwined as the imperial establishment, through their denigrative written descriptions, created a hierarchy in which Europe was artificially made to look superior to Australia in every respect: its people, its climate and its animals.

Even today, I believe we have subconsciously inherited the colonial framings of yesterdays’ naturalists. The words that continue to be used to describe these wonderful species carry heavy colonial baggage.

I would forgive you for asking whether this really matters. ‘Platypuses are weird,’ you might say, ‘get over it.’ I think it comes down to how life is valued. Australia has the worst recent extinction rate of mammals on Earth. More than 30 species have disappeared since European invasion. Of all the world’s recent mammal extinctions, 35 per cent happened in this one country. And reputations matter: we protect what we value. In some cases, uniqueness can make species more valuable, but if we dismiss Australia’s fauna as being nothing but strange and primitive outliers – lovely and fun but ultimately inferior to animals elsewhere – it becomes so much harder to argue for their protection. Conservation is already extremely hard in Australia. Threats include the climate crisis, habitat destruction by industrial-scale land-clearing, an army of introduced species, and pollution, to name just a few. The work conservationists are doing to protect environments is astonishing, but this work happens against a backdrop of limited federal support. Australia has no legislation on its statute books that obliges the government to actively protect its threatened species. This leaves species extremely vulnerable when their value is stacked against pressure from developers and industry.

In the face of all those challenges, describing species differently may sound like a small thing. But we should take the time to consider how we have inherited the reputations we give to certain animals, and where these assumptions have come from. Australia has powerful industrial lobbies for mining and farming. These special interests have far more political power than marsupials and platypuses. Neither politics nor extinction is simple. It’s not easy to show that a species became extinct because of how the world thinks about it. Nonetheless, an unfair, socially ingrained reputation for weirdness and inferiority really can’t help. And truly, Australia’s egg-laying, cube-pooping, always-pregnant, electricity-sensing wildlife needs all the help it can get.

AnimalsNature and the environmentValues and beliefs
26 April 2022