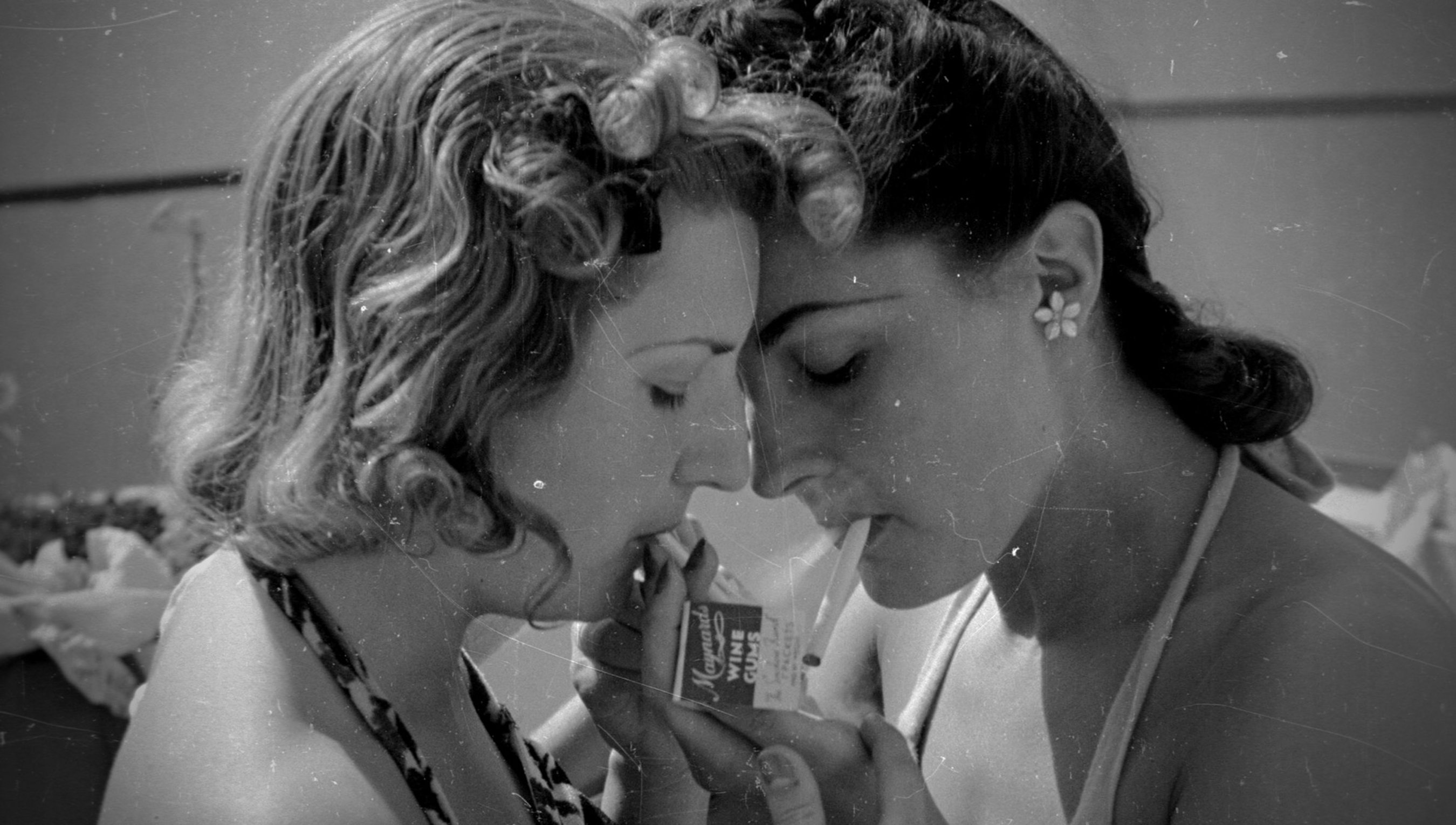 Cigarette! Exquisite fiend, ephemeral friend, how I miss you

is a writer and journalist for The Guardian, Financial Times and Times Literary Supplement, among others. She is the author of Samarkand (2016) and Black Sea (2018). She lives in Edinburgh.

For a ‘filthy habit’, cigarettes feature frequently in my personal vapour trail of fondest memories, each one a satisfying, if foggy, recollection. Never malodorous, never unhealthy. And I confess that smoking is also a habit I’ve never fully kicked, especially when in Istanbul, one of my favourite cities in which to eat and drink, its melancholic vistas a licence for indulging in a cigarette and time out from real life. Smoking is a pause, a space to breathe.

An early memory of my mother, from the mid-1980s, wearing a halterneck summer dress, and with me on her lap. We are watching Wimbledon on the television in the warm sitting room. On the coffee table next to us is a silver carton of Lambert & Butler, with its distinctive turquoise stripe, and a heavy cut-crystal ashtray. Lingering smoke and dust motes hover in the sunlit air, the toasty cigarette smell mingling with the metallic scent of Silvikrin hairspray and the jasmine top notes of Estée Lauder White Linen. A trio of scents so quintessentially of that era, so redolent of my childhood, that if I could somehow bottle the smell I’d wear it forever as perfume on my collar and my cuffs.

Almost 25 years ago, I sat on an Air China flight to Beijing, hungry and impatient to see the city for the first time. As soon as the fasten seatbelt sign was switched off, dozens of passengers lit up, their cigarette tips fizzing inside the weakly lit cabin. Sitting in the thick coiling smoke, excitement building, my imagination fast-forwarded to the Beijing I’d seen in films, guidebooks and photographs: imperial gardens, hutong alleyways, and rickshaws with maps clipped to the handlebars. Things I’d later photograph. I didn’t recoil at the Air China passengers cheerfully puffing away. I had no critical gaze. On the contrary, my strongest memory of that visit is of a handsomely aloof man across the aisle from me. His hair was shiny, black and beautifully cut, his shoulders were draped in a thin polyester buttermilk-coloured bomber jacket, and his smoking hand – I especially recall his hand – was elegant with neat longish fingernails. Gently pincered between his index and middle fingers was a thin machine-rolled cigarette. The glowing tip of it went slowly, rhythmically, from the flip-top armrest ashtray to his pink lips, and back again.

Smoking, especially for lapsed or occasional smokers, is laden with nostalgia. How could it not be? For me, as for many of us, not only was it something that I did regularly during my younger years, but cigarettes are also directly connected with places and experiences that have now disappeared forever. Generally, smoking indoors and on aeroplanes is no longer allowed. The Beijing I first saw is unrecognisable today, with many hutongs flattened, the tricycles with their attached maps far fewer. Cigarettes no longer live in my jacket pockets and college rucksacks; they have vanished, along with old heavy-in-the-hand Zippo lighters, which seem like museum pieces now, or novelty collectors’ items. Gone, too, are the retail displays of cigarette packets, with their artistic images and fonts. They’re less on show in shops, often hidden from clear sight behind the counter. If we do see them, we see appalling photographs of diseased limbs and lungs.

The fleetingness of a cigarette, as it burns and frazzles away, adds to its indulgence, but it also proves its folly

The British bars and pubs of my student youth – sticky-floored, littered with lipstick-smeared cigarette butts, and furnished with CD jukeboxes and vending machines selling packets of 20 – have disappeared, too. Back then, when smoking was considered sociable, cigarettes were an important part of a night out. They were companions to be used as tools for flirtation and communication. And, like all group activities connected with youth, smoking was seductive, littered with secrecy and clues. Two packets of 20 would be pocketed for a night out, mainly to be exchanged and given away, used to solidify friendships and brought out as a crutch at awkward moments, of which there were many. Lighting someone’s cigarette was especially delicious. Time would momentarily stop as a thumb rolled and struck the Zippo’s flint wheel, an orange glow lighting faces that were suddenly closer together, hands clasped around the flame. Smoking suits the carefree young, who can embrace the shortlived thrills of cigarette highs while breezily hurdling worries of smoking-related diseases.

Smoking is physical, but also intellectual. Cigarettes offer a pleasant digression, a time to think and consider, a pause when, momentarily, the world falls away. The British art critic, novelist and long-time smoker John Berger put it this way in an interview for The Observer in 2005:

Berger collaborated with the Turkish writer and illustrator Selçuk Demirel for the book Smoke (2018), a pictorial essay on society’s changing attitudes toward smoking. The pair lament the passing of the time when people would smoke together, exchanging views on the world, swapping dreams and discussing class struggles, and when they’d do so freely, wherever inspiration struck: ‘We smoked in trains and even in planes … We smoked between games of tennis … We smoked in restaurants.’ The book harks back to a time before the necessary but grim health warnings and before smokers were demonised, before those who lit up became a social nuisance – a threat to clean lungs and healthy lifestyles. It seemed to happen so quickly. One moment smoking was seductive and sexy; the next, smokers were herded like livestock into grotty corners, parking lots, hospital smoking areas and pavements filled with exhaust fumes. Nowadays, always outside. What was once a cordial activity became a solitary habit, one for the reckless and bad-mannered. To Berger and Demirel, this meant that the world had become intolerant.

Today, as a very occasional smoker who was never addicted, I like to think of smoking as a freely chosen pleasure. But is it really? Smoking is beset with moral issues. If it pollutes the air of nonsmokers and is often the result of an addiction, it’s not free and it can’t be good. The fleetingness of a cigarette, as it burns and frazzles away, adds to its hook and tease, its indulgence, but it also proves its folly, the pointless extravagance of it. The smoker is never satisfied. As Oscar Wilde observed in The Picture of Dorian Gray (1891): ‘A cigarette is the perfect type of a perfect pleasure. It is exquisite, and it leaves one unsatisfied. What more can one want?’

Like the outlandishly cartoonish characters drawn by Demirel in Smoke, where heads are billowed in fumes, cigarettes poke out of ears, mouths and noses, and people congregate to smoke en masse, many of Demirel’s fellow Turks remain passionate smokers. Istanbul’s yellow taxis bear the smell of stale smoke, ashtrays are always on café tables, and in some old-school, rule-flaunting meyhanes (taverns), you can eat your meze – perhaps a plate of crispy sigara böreği (cigarette böreks) – and finish with an ice-cold glass of cloudy raki and a Marlboro. I find a strange comfort in this. That Istanbul indulges itself quietly where it can, ignoring meddling bureaucrats, opting instead for pleasure. Melancholic and alluring, addictive and seductive, as a city, Istanbul shares many qualities with smoking.

On the third floor of the storied Pera Palace Hotel in Beyoğlu, in the bedroom I always take, there hangs a framed print of a portrait by the French Fauvist Henri Rousseau. It’s of the novelist Pierre Loti. Loti has a fez on his head, a cat at his breast, and a cigarette between his fingers. Opposite, through a balcony door, is a solitary ashtray set on a wrought-iron table, next to two little cushioned chairs, and a view to the Golden Horn. Who could resist such temptation? Loti looks on, urging you to go out there, just for five minutes. The time it takes to smoke a cigarette is long enough to make a phone call, drink a coffee, run a bath, or soak in the horn-shaped harbour at golden sunset. A cigarette in Istanbul, on that balcony, is a custom and a practice, a greeting and a farewell to the city, time and time again. The Pera Palace – built as the finale of the Orient Express and witness to the collapse of the Ottoman empire and two world wars – retains its bygone atmosphere. The hotel’s Orient Bar, where once wealthier White Russians propped up the bar, is still sumptuous today, all maroon velvet, black lacquer and gold brocade. Its terrace is where guests suck on cigarettes and drink raki – rituals as habit-forming, nostalgia-stoking and addictive as chemistry. Once a smoker, always a smoker? Probably.