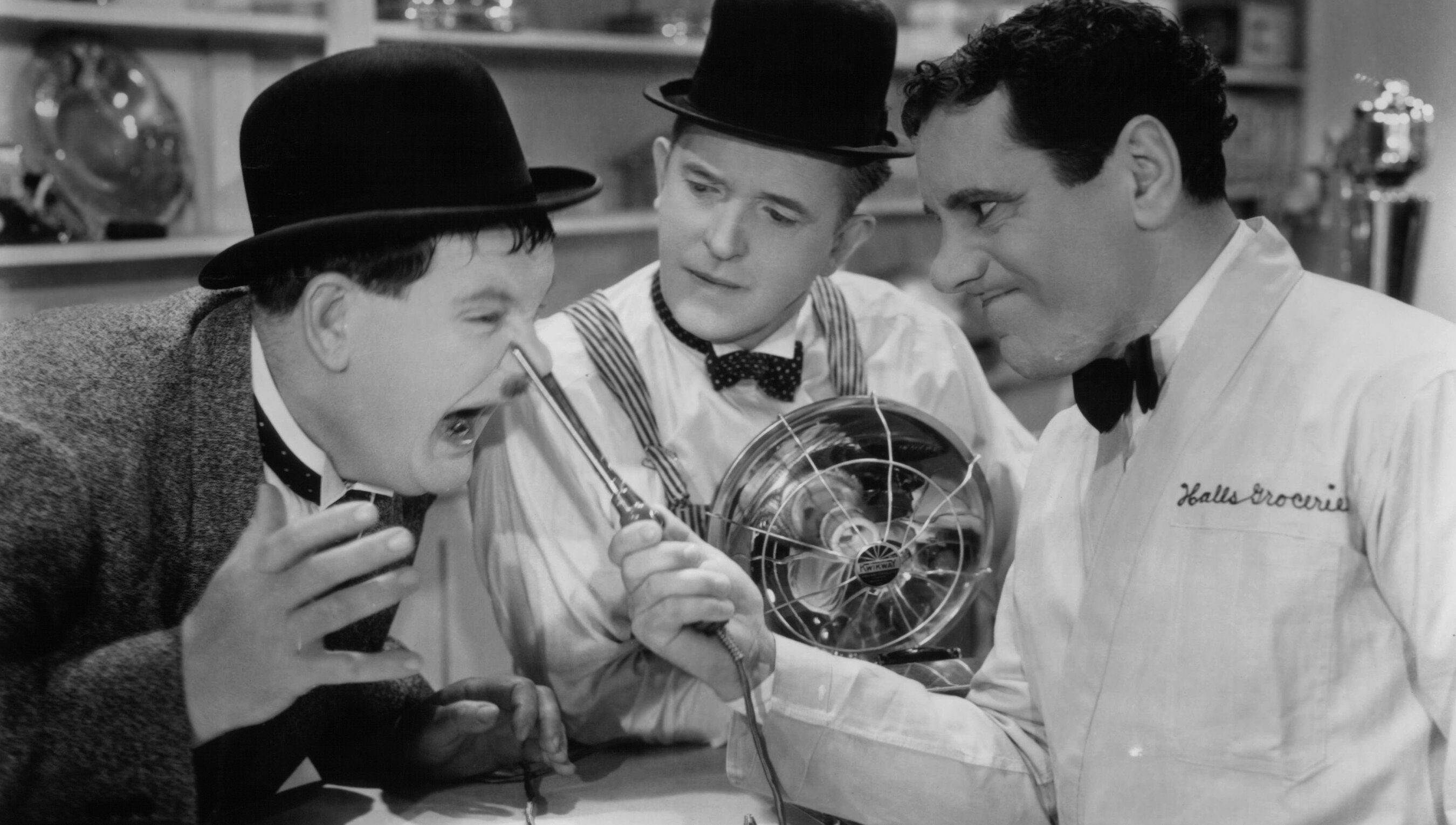 is a psychologist and honorary lecturer at University College London. A former associate editor at Aeon+Psyche, she is the author of Losing Our Minds (2021). She lives in London.

At times, we understand and feel others’ pain so acutely it might as well be our own. We wince at another person’s injuries and cry when we see people suffering, even strangers. This empathy is a vital social tool: when we recognise and feel someone’s distress, we’re driven to help. Yet despite its prevalence and importance, empathy is not the only way we might respond to others’ pain. There exists a twin process, the dark mirror of empathy, called sadism. This capacity, to instead feel pleasure from other people’s pain and suffering, is not as rare as you might think.

The word ‘sadism’ often conjures up a heinous criminal who tortures others for fun. This is the sadism presented in popular fiction, in films such as Silence of the Lambs (1991) or the television series Dexter (2006-13), and in reports of real-life criminals, such as the American serial killer Ted Bundy. This extreme version of sadism certainly exists: sadistic pleasure can be a motivating factor in the most serious offences, including serial murder and sexual crimes. But it’s wrong to dismiss sadism as something that lives only in the evil or depraved. Psychologists now recognise that a milder version of sadism – what they’ve dubbed ‘everyday sadism’ – exists in many of us, probably because of the survival advantages it gave our ancestors.

People who exhibit everyday sadism experience pleasure from others’ physical or psychological pain as they go about daily life. For example, they might enjoy seeing a fight outside the pub, or someone messing up an important presentation at work. But more than that, they also enjoy doing things to elicit suffering. For instance, in one experiment by Canadian and American researchers, undergraduates who admitted to having sadistic impulses (they agreed with statements such as ‘I enjoy physically hurting people’ and ‘I enjoy making people suffer’) really were more likely to behave cruelly. Specifically, given a choice of four ‘challenging’ tasks – killing woodlice with a modified coffee-bean grinder; helping someone else kill the insects; cleaning toilets; or putting their own hand in icy water – the students who said they enjoyed hurting others were more likely to pick one of the killing options. (Don’t worry, entomophiles: no one actually carried out the tasks, so no woodlice were harmed in the experiment.)

People displaying everyday sadism don’t just have insects in their sights. In another experiment by the same Canadian-American team, participants who admitted to being more sadistic were more likely to blast a computer-game opponent with louder, longer-lasting white noise. They were even willing to work longer on a boring letter-counting task for another opportunity to blast their opponent.

Outside of the lab, people who score higher on questionnaire measures of everyday sadism are also more likely to carry out acts of vandalism and sexual aggression, and to cyberbully and troll other people online. Such findings show that people’s subjective feelings of everyday sadistic pleasure have real-life consequences, increasing the likelihood that they will choose to behave in ways that bring about suffering.

There is another common place where sadistic tendencies can appear: the bedroom. In fact, sexual sadism – sexual arousal in response to another person’s suffering – is not especially rare. One German study found that 21.8 per cent of men reported sexual fantasies about causing physical or psychological pain; another study conducted in Quebec found that, across sexes, 5.5 per cent of people had experimented with sadistic sexual behaviour at least once. However, it’s difficult to draw parallels between these behaviours and the research on nonsexual everyday sadism. Critically, everyday sexual sadism is expressed with a consenting partner, as part of the BDSM (bondage, discipline, sadism and masochism) subculture of sexual behaviour. In contrast, with the behaviours found to be associated with nonsexual everyday sadism, such as aggression and cyberbullying, the person on the receiving end has not signed up to being harmed. This could make the two versions of sadism distinct.

You might be wondering how everyday sadism – the nonsexual kind – relates to the other dark personality traits found lurking in the general population: psychopathy (a lack of empathy and guilt), Machiavellianism (a tendency to manipulate and exploit others) and narcissism (excessive self-importance). They are linked, with people who score highly on sadism also being more likely to score highly on at least one of the others, and vice versa. But sadism is still distinct to some extent – for a number of antisocial behaviours such as online trolling, knowing someone’s levels of sadism allows you to predict more accurately the likelihood that they will behave badly, above and beyond knowing their scores on the other three dark traits. For that reason, some psychologists believe that the ‘dark triad’ of psychopathy, Machiavellianism and narcissism should be expanded to a ‘dark tetrad’ of problematic personality traits that also includes everyday sadism.

Like all aspects of personality, everyday sadism is not a binary phenomenon. It’s not that you’re either an everyday sadist or you’re not; rather, it’s a trait that exists as a spectrum in the general population. The people who score highly on the trait are more likely to behave in obviously antisocial ways, such as bullying and harming others. Those with more modest sadism scores are likely to express their tendency to enjoy others’ suffering in more subtle fashion, for example via an enjoyment of violent films and games (it’s worth noting though that the enjoyment of such content can be driven by other factors such as curiosity or suspense, and just because a person has such tastes doesn’t mean that they’re more likely to hurt a person in real life).

Even someone with a low sadism score might experience a guilty pang of amusement when they watch someone get hurt, but their positive feelings will usually disappear if they discover the situation is serious. Consider a study that involved participants watching a clip of a racing cyclist’s accident. Low-scorers on everyday sadism enjoyed the clip when they were told that the injury was mild (presumably because it appeared as a form of harmless slapstick humour), but not when they were told it was severe. High-scorers on everyday sadism displayed the reverse pattern, finding more pleasure in the clip when they were told that the cyclist had suffered a severe injury.

Overall, research in this area suggests that the capacity to experience some degree of pleasure from other people’s pain is surprisingly common. At first, this might seem puzzling – much of civil society runs on empathy, and it’s clear from the countless acts of kindness that occur every day that we have evolved a powerful capacity to love and care for others. Yet it is also the case that humans have been enjoying others’ pain and suffering for thousands of years. This suggests that, just like empathy, sadism might play an important social function.

In our ancestral past, hurting others – particularly those who posed a threat – might have led to more food or protection, or served as a warning to enemies and competitors. If witnessing others’ pain was linked to an increased chance of survival in this way, it’s logical that the experience evolved to become rewarding to some extent. The advantages of a sadistic impulse are still apparent today – in many settings, including prisons and schools, aggression and violence can confer social status. In the workplace, deriving pleasure from others’ losses could provide the impetus to win promotion or earn more money. In extreme cases, such as in criminal gangs, high levels of sadism could even increase one’s own chances of survival.

Whatever its advantages, sadism causes untold suffering. It’s associated with bullying, for example, which can have a serious negative impact on victims’ mental health for years after the bullying has ended. By recognising and better understanding sadism, we can counteract its harmful consequences. But first we must shake the notion that it exists in only a tiny proportion of people. The capacity to experience pleasure at others’ distress exists, to some degree, in many of us.