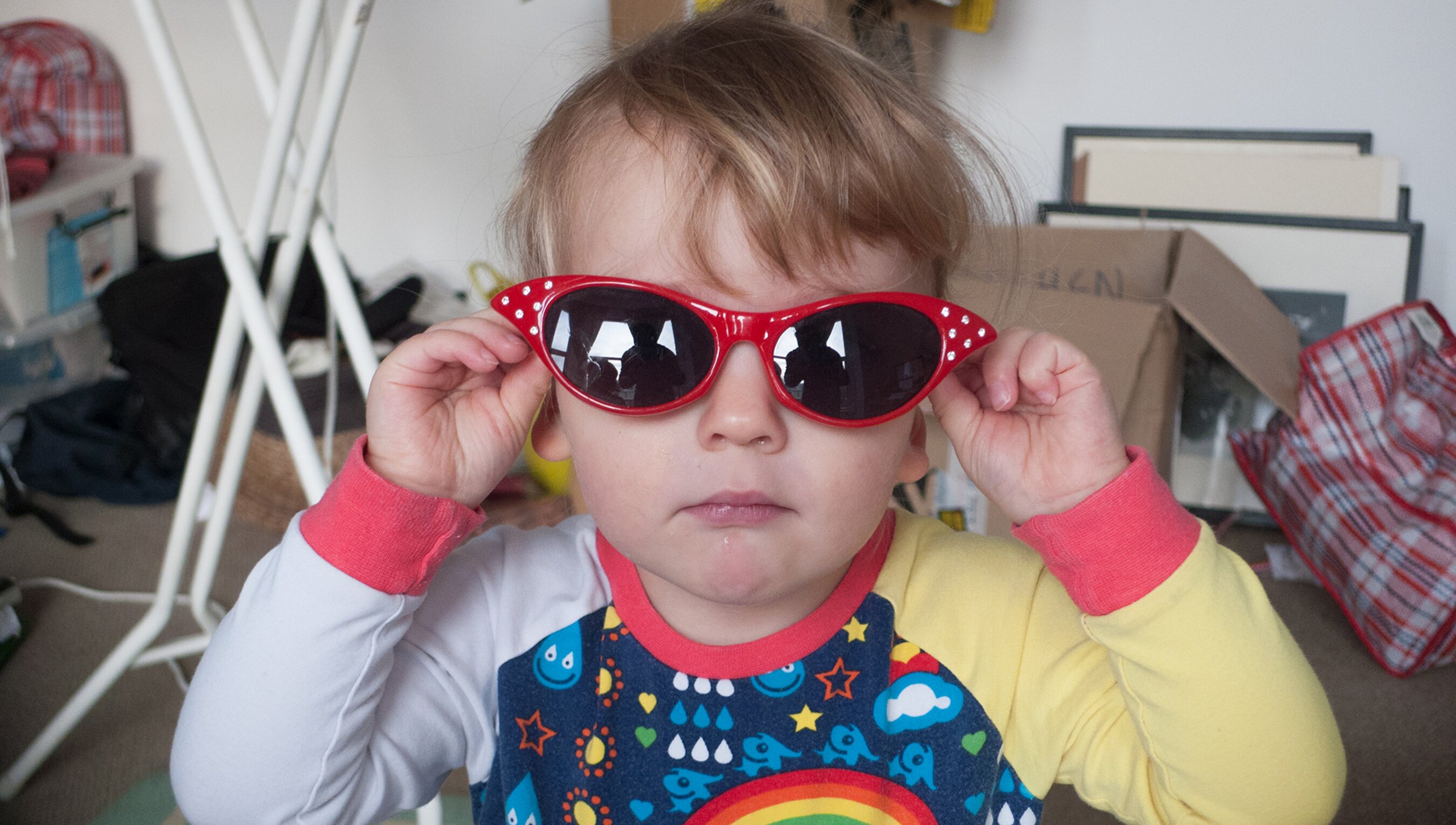 is an associate professor of social and moral psychology at the University of North Carolina, Chapel Hill, and director of the Center for the Science of Moral Understanding. He is the co-author, with Daniel M Wegner, of The Mind Club: Who Thinks, What Feels, and Why It Matters (2016). He lives in Carrboro, North Carolina.

The hands of my three-year-old are small, uncoordinated and weak. They have trouble building a tower of Legos, holding a heavy book, or eating soup with a spoon. But those same tiny hands are more than powerful enough to crush my ego. And it’s not just her hands that destroy it. Her many toddler rages, erratic sleep schedule and constant defiance of my will combine to smash my identity into pieces as fine as dust. Each time my toddler mashes avocado into my hair or calls me a ‘poopy butt’, it’s an assault to the self.

A natural reflex to these assaults might be to strengthen the self, but what if this urge to defend the self makes us more miserable? Perhaps the pathway to sustainable parenting is to weaken the self and accept – even embrace – the assaults. As we endure the indignities of childcare, perhaps the mantra we repeat shouldn’t serve to better define the self, but instead to erase it. Less of ‘I am more than this; I have my own hopes and dreams and an identity separate from my child’; more of ‘I am “poopy butt”, nothing more.’

The impulse to fortify the self sits at the heart of Western society. For decades, pop-psychology has argued that the development of a strong, rich me is the key to a happy life. With bestselling titles such as Awaken the Giant Within (1991) and The Secret (2006), self-help gurus (there’s the ‘self’ again) argue that we must strive to make the me more robust and resilient to the waves of change. But science seems to argue the opposite. When people are forced to focus on the me (simple enough to induce: just stare at yourself in a mirror), they feel more uncomfortable. Psychology has a term for making the me salient: objective self-awareness, which means being aware of the self as an object. The uncomfortableness of objective self-awareness is why social media (and now Zoom meetings) can be so terrible: you see yourself from the outside as others might – as only an object to evaluate, and it’s easy to find that object lacking.

One way to escape the tension between the impulse to build up the self and childcare tearing it down is to divide the self into two. In The Principles of Psychology (1890), the philosopher and psychologist William James distinguished between two parts of the self: the me and the I. The me is the self as ‘object’: it’s the person with your name, who has a certain appearance, a certain personal identity and social network. The me is what you see when you look in the mirror, or at your Facebook profile, what you consider when you think about your past achievements and your hopes for the future. On the other hand, the I is the self as ‘subject’: it’s the person looking through your eyes right now, experiencing the world. The I feels joy and pain and other sensations; it lives in the present.

Caring about others buffers our self-esteem against personal slights

When I’m with my toddler, the me is the person worried about all the emails building up. It’s the professor with obligations to my students and collaborators, the professional who craves respect and recognition, and the person who wishes they looked fitter and better rested. The I is the person who exists only in the moment, the person reading to a child, making lunch, or getting yelled at. Importantly, there’s often an inverse relationship between the me and the I. The more you think about the self as an object, the less you inhabit the self as a subject. The more you fret about what others think of you and the tenuousness of future success, the less you truly experience the present. Worrying about grant funding makes it difficult to appreciate snuggles from my daughter.

The relentless pressure of self-awareness is one reason why isolation can make us so anxious. Without others to pull our attention away from ourselves, we ruminate on our smallest imperfections. Both scientific studies and ancient wisdom suggest that one way to make the me more resilient (and less distressing) is to connect the self to other selves. Rather than defining me by a list of accolades or possessions, I can define it by those I help – such as my family.

Caring about others buffers our self-esteem against personal slights, because it focuses our attention beyond our self-centred concerns. Connecting with others can also prompt us to reflect on the best elements of our selves. Having your me described by loved ones can be touching, because it paints a picture of you more beautiful than you imagined. When social isolation leaves you without nearby loved ones to define your me, you can spiral into self-rumination and self-judgment, seeing yourself as an object only – one found wanting. Sartre said: ‘Hell is other people,’ but more hellish yet is when the I is left forever alone with the me.

The harsh light of objective self-awareness is one reason why many of us are drawn to alcohol and drugs: they dampen the activity of brain regions correlated with seeing the self as a me. A healthier option to reduce activity in these brain regions is meditation. Training the mind to focus on the I in the moment reduces the focus on the me, and increases feelings of connection with humanity. Recent research shows that taking small amounts of psilocybin also reduces activity in these me-oriented brain regions, making people feel closer to others and less afraid of dying.

The renunciation of the me is exactly what the Eastern sages prescribe for contentment. The ancient Chinese philosopher Lao Tzu said: ‘When I let go of what I am, I become what I might be.’ Daoists explain the self through the analogy of water: shapeless, formless, soft and yielding. Water doesn’t resist change and is never rigid, but it can also erode mountains and form crashing waves. Lao Tzu also said: ‘What is soft is strong.’ Like water, the power of the self comes from the sustained and fluid force of the I, not the rigidity of the me.

What is childcare but the subjugation of physical desires and the destruction of the past and future?

I sometimes think about these metaphors when I find myself in my daughter’s room at 1am, listening to her scream about how she doesn’t want to sleep in her bed, or doesn’t want the snack I brought, or doesn’t want me there at all. All I want to do is sleep and cry and rage. Instead, I try to let the hot wind of her anger blow through me, making my self like the bamboo that grows behind my house – flexible, yet resilient. Not that I am always successful – sometimes I can’t help but yell – but often I just lie down on the carpet and breathe.

Buddhism suggests that the ultimate goal of human development is to attain nirvana, an eternal state of transcendence. The Buddha reached nirvana after meditating under a bodhi tree for weeks without eating. As he looked over the edge of death, he saw through the illusion of desire, of the me. He was left with a pure I, a consciousness of compassion that existed only in the now. Living with small kids could also provide a route to nirvana. What is childcare but the subjugation of physical desires (who has time to eat or use the bathroom?) and the destruction of the past and future (to a toddler there is only ‘now’)? Admittedly, toddler-induced nirvana is fleeting, but you don’t have to almost die to attain it. Then again, when I imagine the Buddha fasting for weeks, all my parent-self can think is: ‘Wow, all that alone time!’

Focusing on the immediate here-and-now of toddler life helps me transcend the me so that my I can better thrive. I can stay more grounded, caring less about my wants and the uncertainty engulfing the world. Of course, there’s a fine line between losing desire in a good way and anhedonia – the feeling of finding nothing in life appealing, which is an indicator of clinical depression. I am lucky that my daughter’s tiny hurricanes of emotion involve not just rage, but powerful love. There’s nothing that nourishes my spirit more than those two small hands circling my neck in a big hug, and the words: ‘Daddy, I love you.’ I am also lucky that I am healthy, happily married, and in a good job. It’s hard to be philosophical if you’re worried about paying rent or your physical safety.

Any sense of Zen is fleeting. We have another child – a baby – and the chaos can be impressive. Some time ago, my mother was here for dinner; as she witnessed the unfolding destruction, she wondered aloud: ‘How do you do this every day?’ The answer is that parents do it because we must. It’s simply the reality of having kids. Paradoxically, it seems that the more frenzied the chaos, the greater the chance for transcendence. When kids are screaming, food is flying, diapers are exploding, toys are everywhere, and then the cat pukes, the anarchy is so intense that your me trips a fuse and suddenly disappears. Your wants and desires cease to matter. You can no sooner demand that a baby and toddler be quiet than you can demand that the ocean be still. Instead, it’s you who becomes still and lets the waves crash over you.

There are many parents who face similar (and much worse) scenarios, and it can be hard for us to shake the idea that our daily lives are wars to be won. The more your children try to pull at your me, the harder you try to hold on to it – by surreptitiously emailing on your phone, by making mental to-do lists, by daydreaming about a more relaxing future. But a better alternative might be to heed the wise words of my toddler’s favourite queen of winter: ‘Let it go.’ Cultivate the I and focus on the present as best you can, no matter how unpleasant. Your kids will appreciate it, and your self will, too.

Life stagesParenting and familiesThe self
2 November 2020