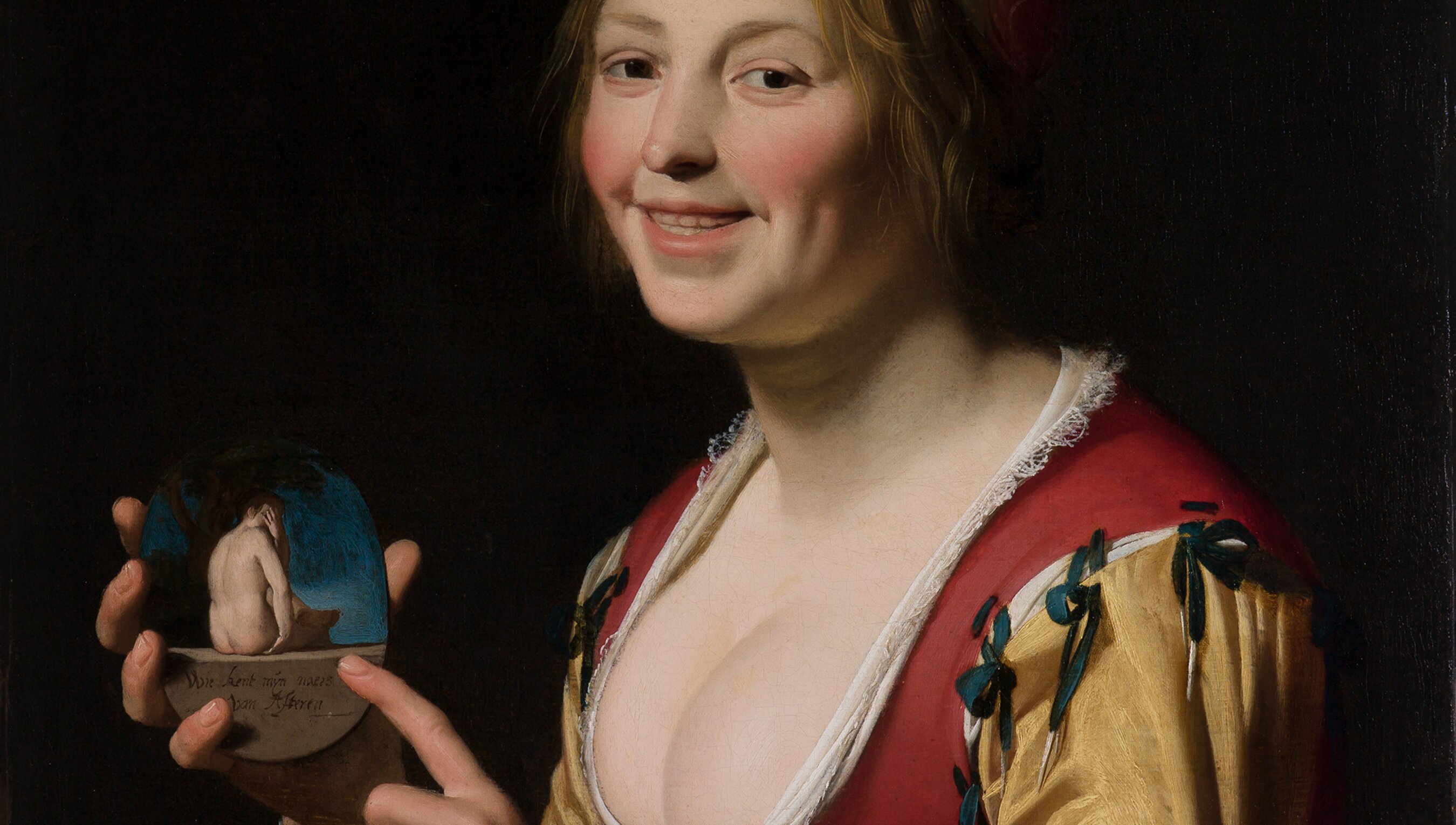 Just when in history did men decide that women are not funny?

is professor emerita of history at Rowan University in New Jersey. Her latest book is Laughing Histories: From the Renaissance Man to the Woman of Wit (2022).

Maybe you’ve heard that women are not funny. It’s a stereotype that has often been repeated. In the 19th century, the popular press could refer to it as ‘the old theory that women have no sense of humour’. But how old is it in reality? Spoiler alert: it is not as old as people think.

The idea of women’s humourlessness thrived in the 20th century, when serious psychologists and sociologists embraced it. Freudian theory, in particular, held that women do not need humour as men do, because of women’s less complex psychic development. The roots of humour, for Sigmund Freud and his followers, lay in ‘castration fear of the superego’. A 1934 article in The Psychoanalytic Quarterly expounded at length on the reasons why ‘humour is a masculine trait’.

You might think that by now the successes of female comedians, not to mention common sense and daily experience, would have quashed the idea that women have no sense of humour. But it still rears its head. The stereotype is especially prevalent in Anglo-American culture, where multiple publications either promote the idea or seek to refute it. It’s not yet clear how far it extends across cultures. Some researchers have suggested traces of the stereotype elsewhere in Europe and Asia, while others find variation within Western culture.

Perhaps the most prominent recent expression of this idea is the article ‘Why Women Aren’t Funny’ (2007) by Christopher Hitchens in Vanity Fair magazine. Hitchens takes a slightly different tack from the Freudians, ascribing female humourlessness to the demands of courtship and reproduction (he acknowledges some funny women, but sees them as exceptions). Other recent commentators even attempt to trace it all the way back to the cavemen, who (they say) had to prove their worth by showing their wit, while women just had to be fertile and mate with the fittest. Putting together the 19th-century description of the idea as ‘old’ with this notion of its roots in biology or the early days of human existence, it’s understandable that some people conclude that women have really never been, and never will be, as good at humour as men.

Allow me, an historian, to offer evidence about the modern origins of this myth, instead of theories about the supposed evolutionary advantage of bro jokes. (How much in the way of actual evidence do we have that prehistoric males were funny?)

Good Christian wives, he said, should keep a stock of funny stories at the ready, so they could cheer up their husbands when they were feeling low

No one in the Middle Ages thought that women were especially challenged, humour-wise. Of course, people didn’t talk in modern terms about a sense of humour. Instead, they liked to tell stories about witty women fooling men. Oh, but those were men telling the funny stories, you might say. Perhaps. But there were women who wrote humorous stories too, such as Queen Marguerite de Navarre in the 16th century, at a time when open female authorship was rare.

How do we know that those funny women were not seen as rare exceptions, in the way that comedians such as Lucille Ball have been painted? It’s evidence about social mores and interaction that fully reveals the contrast with the modern stereotype. An especially telling example is the 16th-century humanist Juan Luis Vives. A prominent educational expert of the day, he was favoured by Catherine of Aragon (Henry VIII’s unfortunate first wife) and wrote the influential handbook The Education of a Christian Woman (1523-29).

Vives was not a big fan of humour or laughter. Women in particular, he thought, needed to guard against laughing too much, especially with men, because their laughter might imply sexual looseness. But it never occurred to him that women lacked humour skills, and he even encouraged them to use these skills when there was no danger of a moral misstep. Good Christian wives, he said, should keep a stock of funny stories at the ready, so they could cheer up their husbands when they were feeling low.

The men of Vives’s day did not hesitate to declare women inferior to men in a wide range of qualities, from intelligence to morality. The early modern period has long been known for its misogyny, most famously displayed in the witch trials that exploded in the 16th century and on into the 17th. (The witch trials were not just about misogyny, of course; but negative concepts about women certainly played a role.) Men wrote long screeds detailing women’s many defects. But substandard funniness comes up nowhere in the rampant anti-female rhetoric. Lack of humour appears to have been the one deficiency that premodern women did not have!

In the 17th century, Sir Nicholas Le Strange kept a journal of all the funny sayings he heard, and the richest source of quips was his mother. Instead of thinking women weren’t funny enough, men seem to have been more worried that women would make fun of them. And, in fact, women did lampoon male pretensions and gender stereotypes. Dorothy Osborne, a 17th-century contemporary, wrote witty letters to her lover, William Temple, skewering pompous suitors who vaunted their masculine learning and authority. One, whom she mockingly called ‘the Emperor Justinian’, was ‘the vainest, impertinent, self-conceited, learned coxcomb [fool] that ever yet I saw.’ She and other women joked about supposed female failings such as wilfulness and talkativeness. They found these ideas ridiculous.

A humorous performance, with its often aggressive edge, meshed easily with male gender norms, but clashed with notions of female decorum

So, if it isn’t really ancient, when did the idea of women’s shortage of humour arise? Perhaps the answer will come as no surprise: it was when men began to value humour highly that they decided women didn’t have it.

The medieval church was dubious about jest and laughter, which smacked of worldly mockery. Even a secular 17th-century thinker like Thomas Hobbes saw laughter as essentially hostile, glorying in one’s own superiority. But the growing market for comedy in print and performance, combined with Enlightenment optimism about human nature, brought a major shift: humour became admirable instead of suspect.

Of course, people loved to laugh in the Middle Ages, but there was little money in it. By the 18th century, comedy was big business, and the market for laughs exploded in the 19th century. Humour had become a commodity – linked in people’s minds with the marketable joke that could be reproduced for an audience and performed complete with a punchline. This type of humorous performance, with its often aggressive edge, meshed easily with male gender norms, while it clashed with notions of female decorum.

Some modern studies have found that women tell fewer jokes than men, especially in mixed-gender groups. But the punchline is a very small slice of the humour world, just as comic performances are a small part of our experience of laughter. Women’s humour tends to take other forms, such as the witty remark that turns an ordinary moment into a laughable one.

The growth of the masculine claim to a humour monopoly echoes a pattern to be found in the history of other fields. Beermaking, for example, was a female pursuit in the Middle Ages. The ‘brewster’ brewing, like the ‘spinster’ spinning, was a woman doing a typically female task. But when brewing became big business, it moved into the hands of men. Healing and midwifery, similarly, were staples of women’s activity for centuries, until the push for (male) professionalisation in the early modern period.

The modern market for exchangeable quips has promoted a particular style of joking that has come to dominate our concepts of humour. This development also spawned a new gender stereotype, complete with its own invented history. Let’s not be fooled.

Laughter and comedyGenderValues and beliefs
24 October 2022