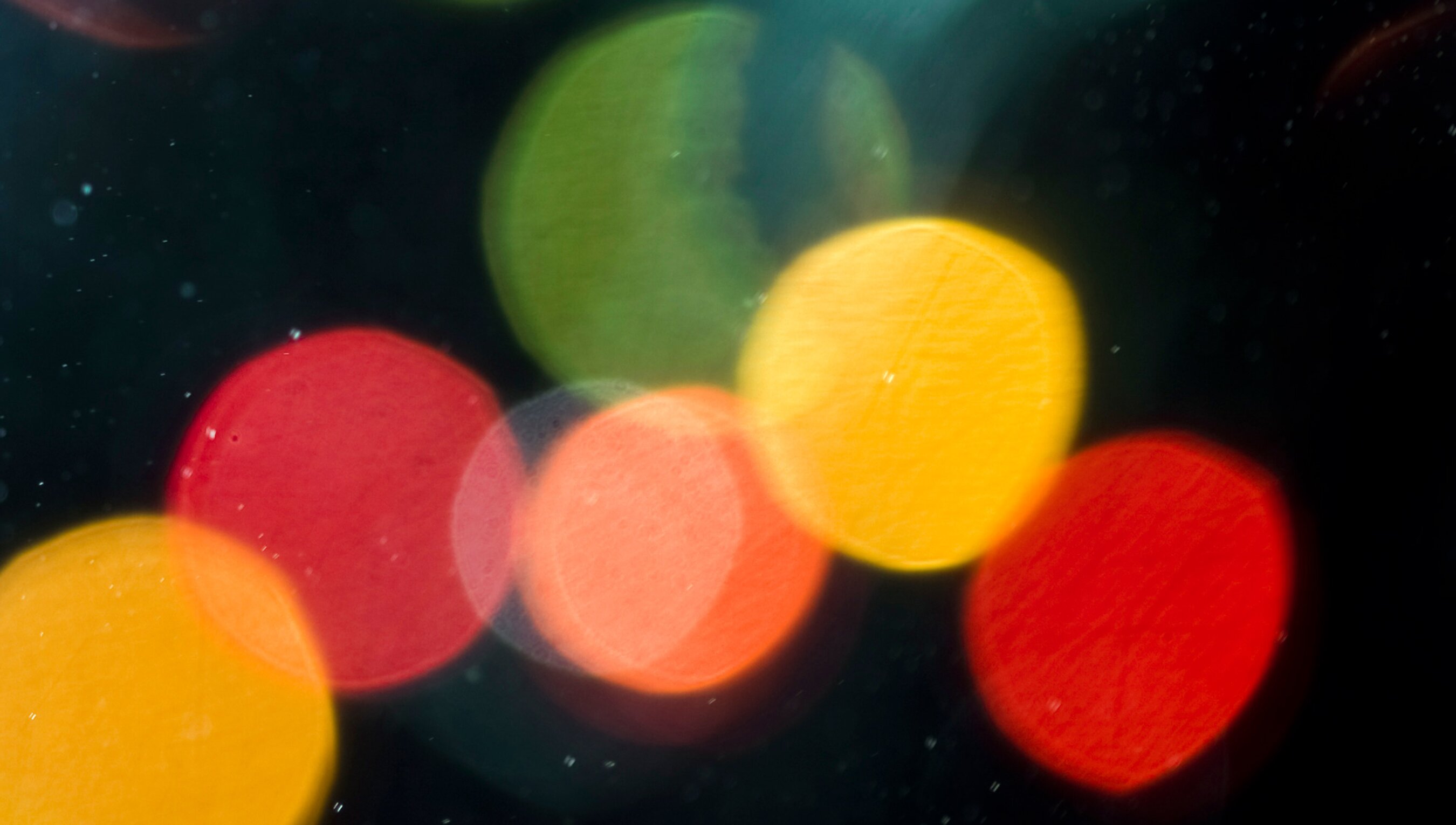 ‘Moral molecules’ – a new theory of what goodness is made of

is research director for Kindlab, at Kindness.org. He is also a research affiliate at the School of Anthropology and Museum Ethnography, at the University of Oxford, and a research associate at the Centre for Philosophy of Natural and Social Science, at the London School of Economics.

is an associate professor of philosophy at Macquarie University in Sydney, Australia.

is an assistant professor in the department of psychology at Michigan State University.

is a DPhil candidate in international relations at the University of Oxford.

How many moral values are there? What are they? What does it take to be a morally good person? Over the centuries, philosophers, theologians and others have offered no shortage of answers to these questions.

Plato argued that there were four virtues: temperance, courage, wisdom and justice. Aristotle said that there were 14 – including generosity, magnanimity, friendliness, honesty and modesty. The ancient Egyptians promised to refrain from the 42 sins of Maat. Judaism distilled 613 commandments into the famous 10, including prohibitions against murder, adultery, stealing and lying. Christianity added faith, hope and charity to Plato’s list to make seven heavenly virtues (along with seven corresponding deadly sins). Confucianism endorses virtues such as filial piety, trustworthiness and wisdom. The 20 laws of Aberewa, a spirit figure of the Akan of Ghana, encourage paying your debts and accepting requests for help, and discourage disobeying chiefs and ‘carrying firewood in bundles into town’. The philosopher W D Ross identified seven prima facie moral duties: fidelity, reparation, gratitude, non-maleficence, beneficence, self-improvement and justice. More recently, psychologists have argued that there are variously three (community, autonomy, divinity), or four (unity, respect, equality, proportionality) or five to six (care, fairness, loyalty, authority, purity and perhaps liberty) basic moral principles.

Which of these many philosophies and models offers the best guide to goodness? And can we do better? A typical problem with previous attempts to map the moral domain is that they are not based on an underlying theory of morality, and hence they are ad hoc and unsystematic. Recent developments in the scientific study of morality address this problem and offer a more rigorous and expansive approach.

Research is converging on the idea that morality is a collection of rules for promoting cooperation – rules that help us work together, get along, keep the peace and promote the common good. The basic idea is that humans are social animals who have lived together in groups for millions of years. During this time, we have been surrounded by opportunities for cooperation – for mutually beneficial social interaction – and we have evolved and invented a range of ways of unlocking these benefits. These cooperative strategies come in different shapes and sizes: instincts, intuitions, inventions, institutions. Together, they motivate our cooperative behaviour and provide the criteria by which we evaluate the behaviour of others. And it is these cooperative strategies that philosophers and others have called ‘morality’.

This theory of ‘morality as cooperation’ relies on the mathematical analysis of cooperation provided by game theory – the branch of maths that is used to describe situations in which the outcome of one’s decisions depends on the decisions made by others. Game theory distinguishes between competitive ‘zero-sum’ interactions or ‘games’, where one player’s gain is another’s loss, and cooperative ‘nonzero-sum’ games, win-win situations in which both players benefit. What’s more, game theory tells us that there is not just one type of nonzero-sum game; there are many, with many different cooperative strategies for playing them. At least seven different types of cooperation have been identified so far, and each one explains a different type of morality.

The first, kin selection, is the process whereby natural selection favours genes that deliver benefits to genetic relatives. Kin selection can explain why we love and care for our families. The second, mutualism, refers to situations in which we do better working together than we do by trying to go it alone – there is strength and safety in numbers. Mutualism explains why we form clubs, cliques and coalitions, and why we value loyalty, unity and solidarity. The third, reciprocity, or conditional cooperation – helping those who help you, and harming those who harm you – is a viable strategy for cooperation when the return of benefits is uncertain (for example, when benefits are exchanged at different times). This strategy explains why we feel obliged to return favours and avenge injuries.

Even conflicts provide opportunities for cooperation, because competitors have a mutual interest in settling disputes without coming to blows. And they can do this in a number of ways: by signalling their fight-winning abilities through costly displays of power and prestige, including acts of heroism, bravery and generosity (which is the fourth type of cooperation); by humbly admitting defeat and deferring to powerful individuals (the fifth type); by dividing resources fairly rather than trying to monopolise them (sixth); and by recognising and respecting prior possession of resources – property – and refraining from theft (seventh).

Hence, seven types of cooperation explain seven types of morality: love, loyalty, reciprocity, heroism, deference, fairness and property rights. And so, according to this theory, it is morally good to: 1) love your family; 2) be loyal to your group; 3) return favours; 4) be heroic; 5) defer to superiors; 6) be fair; and 7) respect property. (And it is morally bad to: 1) neglect your family; 2) betray your group; 3) cheat; 4) be a coward; 5) disrespect authority; 6) be unfair; or 7) steal.) These morals are evolutionarily ancient, genetically distinct, psychologically discrete and cross-culturally universal.

But what about the other moral values mentioned, such as filial piety and honour? Do we have to keep adding new types of cooperation to the list in order to account for them? Not necessarily. In a recent paper, my colleagues and I show how morality is a combinatorial system in which the seven basic moral ‘elements’ combine to form a much larger number of more complex moral ‘molecules’.

Could morality be such a system? As an initial test of the idea, we hypothesised possible moral molecules that combined each pair of moral elements, and then tried to find examples of them in the popular and professional literature. In each case, we succeeded.

So, morality does indeed seem to be a combinatorial system. And as such, the theory of ‘morality as cooperation’ can explain not only seven basic types of morality (elements), but also their 21 pairwise combinations (molecules). This combinatorial system incorporates even more of the morals on those old lists, and extends beyond them, to capture ever more obscure and recondite moral concepts (such as gavelkind, the equal division of an estate among heirs).

Of course, the number of possible molecules doesn’t end there. There could also be combinations of three, four, five, six or seven elements – as many as 127 in total. For example, if we combine the idea of love of family with the idea of honour (reciprocity + heroism) then we get the concept of family honour – or izzat, as they call it in parts of South Asia.

Now, it is not a prediction of the theory that all of these moral possibilities will be actualities. It is an empirical endeavour to find out which of these many possible morals actually exist and to explain why. To track those efforts, we have created a document called ‘The Periodic Table of Ethics’ that covers the 127 positive molecules. (See, for example, new entries on manrent, storge, irredentism and escheat.) Readers are welcome to try to add to or improve upon our suggested molecules, fill in the remaining gaps, and come up with counterexamples that challenge the theory.

This molecular approach to morality might also help to discover solutions to some long-standing philosophical puzzles. For example, is morality innate or acquired? Is it universal or culturally particular? Well, why not both? Perhaps elements are innate and universal, whereas molecules are acquired and particular. Perhaps different peoples in different times and places have forged new combinations of moral concepts, to create new and unique moral systems. Thus, the theory provides a new way of explaining how and why morals vary across cultures.

The theory of ‘morality as cooperation’ provides a systematic taxonomy of morals and suggests that there will be as many types of morality as there are types of cooperation (and their combinations). It organises familiar moral concepts and alerts us to unfamiliar ones. It could perhaps even spur the creation of new moral concepts – novel combinations that we’ve yet to invent or imagine. In this way, the theory provides us at last with a scientific guide for how to be good.

Virtues and vicesEthicsValues and beliefs
1 November 2021