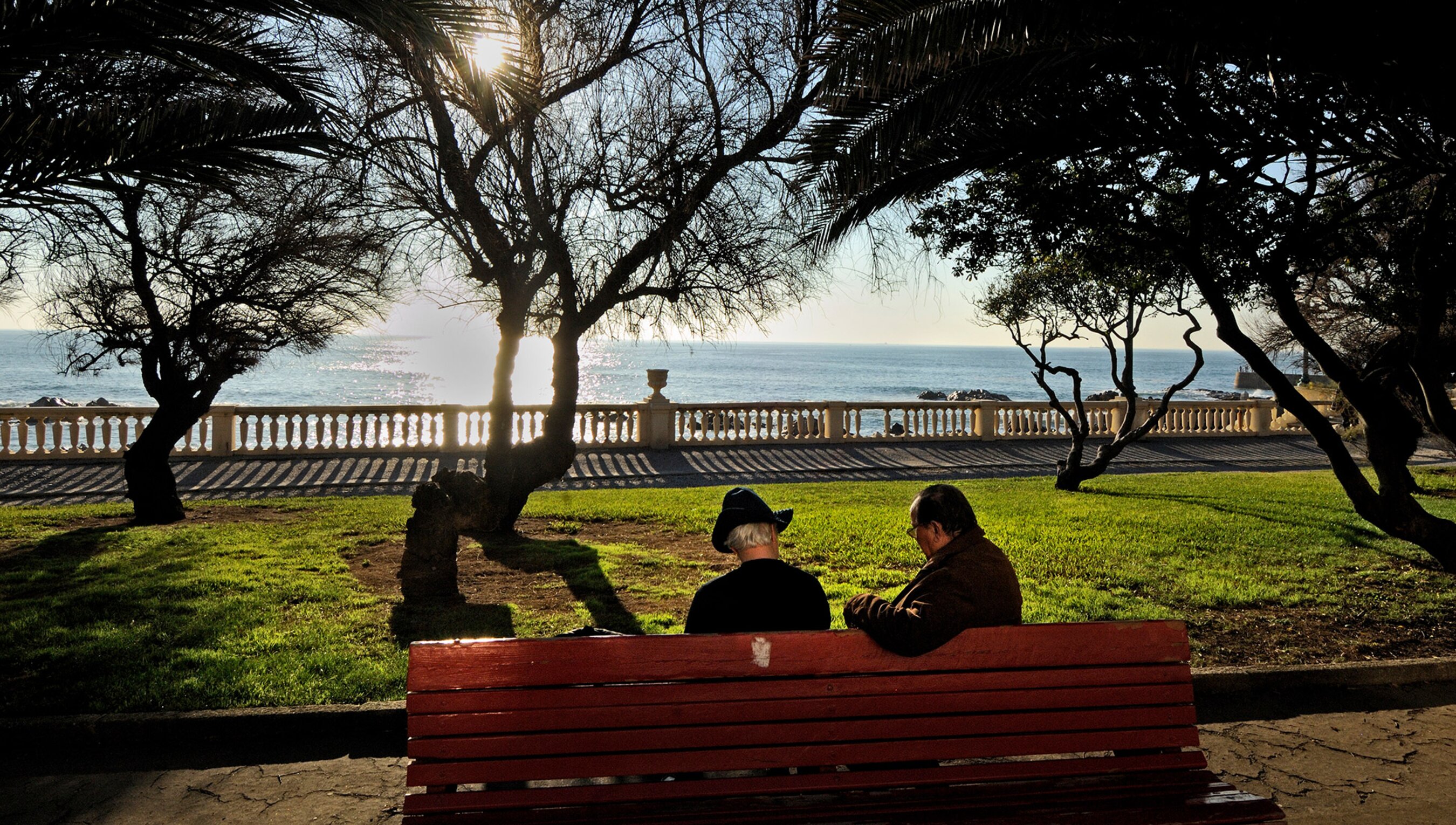 Older people are battling despair, but Erikson offers us hope

is a writer, social psychologist, personal coach and blogger for Psychology Today. Her most recent book is Boundary Issues: Using Boundary Intelligence to Get the Intimacy You Want and the Independence You Need in Life, Love, and Work (2005). She lives in Seattle.

After nearly two years of life in a pandemic, feelings of despair are particularly acute for the elderly. As a social psychologist in that vulnerable demographic, when I reflect on what a post-pandemic world will be like, whether I’ll be here to see it and how my descendants will live in it, I sometimes feel despair wash over me like a tsunami after an earthquake.

I don’t believe despair has the same resonance or presence in the lives of younger adults. The young might be restless and unrooted, especially since the pandemic severely curtailed the ability to move on with their academic, career and social lives – but despair is not their natural state. In midlife too, many adults might be outraged and angry, not just about COVID-19 but also other social problems from racism to environmental degradation. But most are still hopeful that a better future awaits, and it’s hope that’s both the remedy for and the antithesis of despair.

The pandemic’s rhythm over the past two years has played havoc with our sense of the passage of time. Especially for older people in the last decades or years of life, when despair overtakes us, it’s because we’ve lost the hope that things will get better in a timeframe that’s relevant.

The American novelist F Scott Fitzgerald wrote that, in the real dark night of the soul, it is always three o’clock in the morning. For many people my age, it sometimes seems that way, no matter what time it is. And when we do wake in the early hours, between dreams we only half-remember, things often feel as though they’ve shifted forever. One woman who’s been widowed for decades described her current mental state to me this way, and it provides a cogent rendition of the despair that many of us older folk are feeling:

It’s like just after my husband died. I’d reach over thinking, oh, he just got up to pee, but for those few seconds before I realised it was me who had to go, everything was the way it used to be. By the time I got back to bed, I knew it wasn’t, and I was glad he wasn’t here, because he’d just tell me to look on the bright side. But the fact is there isn’t one, and even if there was, I won’t live long enough to see it.

Despair is sometimes difficult to distinguish from all those other sad words that begin with a D, such as depression, despondency and desolation. Despair is all of these and none of these, omnipresent in this doubly difficult time when the physical, mental and emotional health of our institutions as well as our individual selves has been stressed to its limits.

I’ve painted a bleak picture, but I can at least glimpse a way out and it’s informed by the groundbreaking work of the German-born, Danish American psychologist and psychoanalyst Erik Erikson (1902-94), particularly his description of the last stage of life, which he argued still offers an opportunity for positive growth and development, one in which integrity can diminish if not erase despair.

In his eight-stage theory of human development, Erikson described this process of change and growth over the lifespan. At each stage, from infancy to the end of old age, children and adults face a developmental crisis that serves as a major turning point in development. Successfully managing the challenges of each stage leads to the emergence of the next one; while the first five stages from infancy to identity achievement are easily recognisable and occur in roughly chronological order, the last three are important turning points in adulthood, and when they’re not surmounted successfully, they impede further psychosocial growth.

A key insight from Erikson’s work then is that our experience of each stage of life is shaped partly by how we fared in the previous stage – and this offers clues for coping better in our final years.

When the isolation of single adulthood yields to the achievement of intimacy, middle adulthood presents many opportunities for generativity; not just parenting children, but also mentoring, teaching, passing on skills and knowledge that will benefit future generations. Without that wider perspective, stagnation narrows our focus from outside to inside, from productive engagement that contributes to the betterment of others to detachment from self and others. This has implications for the later stages of life. A failure to find a positive resolution of the crisis of generativity vs stagnation before confronting Erikson’s last stage makes it more likely that despair, rather than integrity, will colour our final years.

Despair was described by Erikson as a condition in which sadness, bitterness and regret dominate our personal and social existence. We all know people in whose presence those feelings seem to emanate like a dark cloud; we sense it, their aura of helplessness in the face of the forces arrayed against them: a friend who’s certain that if she’d only married a different man she would have been happy, successful in her career, and not the estranged mother of two adult children. Another, who never married at all, who complains that if she had, she wouldn’t be living on her meagre savings, isolated from others even before the pandemic, wondering who will find her body when she dies, and who will care.

I remember another old acquaintance who perfectly captured the experience of late-life despair shaped by unfulfilled earlier life stages – a gruff, imposing man who lived across the street when I was raising my children and yelled at them for even minor infractions, such as a ball in his yard or a cat in his tree (and whose house, unsurprisingly, was routinely egged on Halloween). I recall him saying that the only good thing about never having had children was having no descendants to inherit what he views as a dismal future. ‘Mr Wilson’, as my kids called him after Dennis the Menace’s grouchy neighbour, never nurtured or created anything that would outlast him; never contributed meaningfully to positive changes that would benefit society or future generations. Almost wholly self-centred, he made no efforts to learn, improve or enrich his life, or anyone else’s. With little to give his life meaning, he was ill-equipped to meet the final psychological confrontation between despair and integrity.

Integrity by definition is wholeness, soundness, completeness. In Erikson’s lexicon, integrity means fully accepting yourself and coming to terms with death. Accepting is taking responsibility for your life, knowing you cannot undo the past despite your wishes or even fantasies, and feeling essentially satisfied with who you are. The central question in this last life stage is: Have I led an authentic, meaningful life? It requires us to ask whether we’ve lived according to our core values, followed our moral compass and acted consistently in the direction it points. When we bend toward integrity, we come away from this deep reflection with a sense of fulfilment. That promotes not only satisfaction with a life well lived, with few regrets, but also a feeling of contentment and the wisdom to face death with a sense of equanimity and completion.

In contrast to my acquaintances who are mired in despair, I know many others whose integrity not only serves them well as they age, but often serves others too. Kate is a retired lawyer in her late 70s who devotes much of her time, energy and financial resources to environmental causes, knowing that, while her efforts might not make a foreseeable difference in her own life, there is a chance that they might benefit future generations. And there’s Eric, an 80-year-old writer and landscaper, who takes great satisfaction in sharing his knowledge of the natural world – along with his collection of its artefacts, such as fossils, insects, minerals, shells and plants – with children from a community youth programme, as well as the kids of friends and neighbours.

We can’t change the past, but we do have some control over our interpretation of it and in the way we tell the story (to ourselves as much as to others). There’s a lesson here too for younger readers – the choices you make today will shape the dynamic between integrity and despair that plays out in your later life.

For many people, integrity is achieved by reflecting on a life in which they did the ‘best they could’, as Tom, another man of advanced years, put it. He told me:

I met my obligations; I kept my promises. I served my country, but I never hurt anyone intentionally, then or ever. I was honest in my dealings. I never made a fortune, but it was enough to support my wife and children, educate the kids and help out my mother at the end of her life. We live pretty well and stay as active as we can. We go to church. We’re both still healthy, and we’ve made provisions for when we’re not. It hasn’t been a bed of roses, but it’s had its high spots. All in all, it’s been OK.

Integrity, like despair, is not a steady state but a dynamic one. Sometimes events and emotions combine to overwhelm us, tip us overboard from the raft held together by our sense of coherence that points steadily toward the horizon. Overwhelmed by occasional feelings of despair, we can seek remedies in art, literature, beauty, music, nature, or more familiar solaces, from chocolate to alcohol, to fill the emptiness left in despair’s wake. We can look back on our lives and, rather than focusing on what we lost or missed, instead make a deliberate effort to celebrate what we enjoyed, achieved and contributed, no matter how modest or fleeting.

When I wake up in that dark night of the soul and can’t fall back asleep, I go outside and sink my bare toes in the dew-kissed grass to ground me, take a deep breath, and reach for the sky. Then I get back into bed, put on YouTube and watch a rebroadcast of the Black Lives Matter protests of the summer of 2020. The sight of hundreds, thousands, even millions of marchers of all ages and all colours, demonstrating their faith in a better future, gives me hope for what’s left of my own and my children’s. As the images light up the screen, they lighten my soul, and, for long enough to fall back to sleep, they banish my despair.