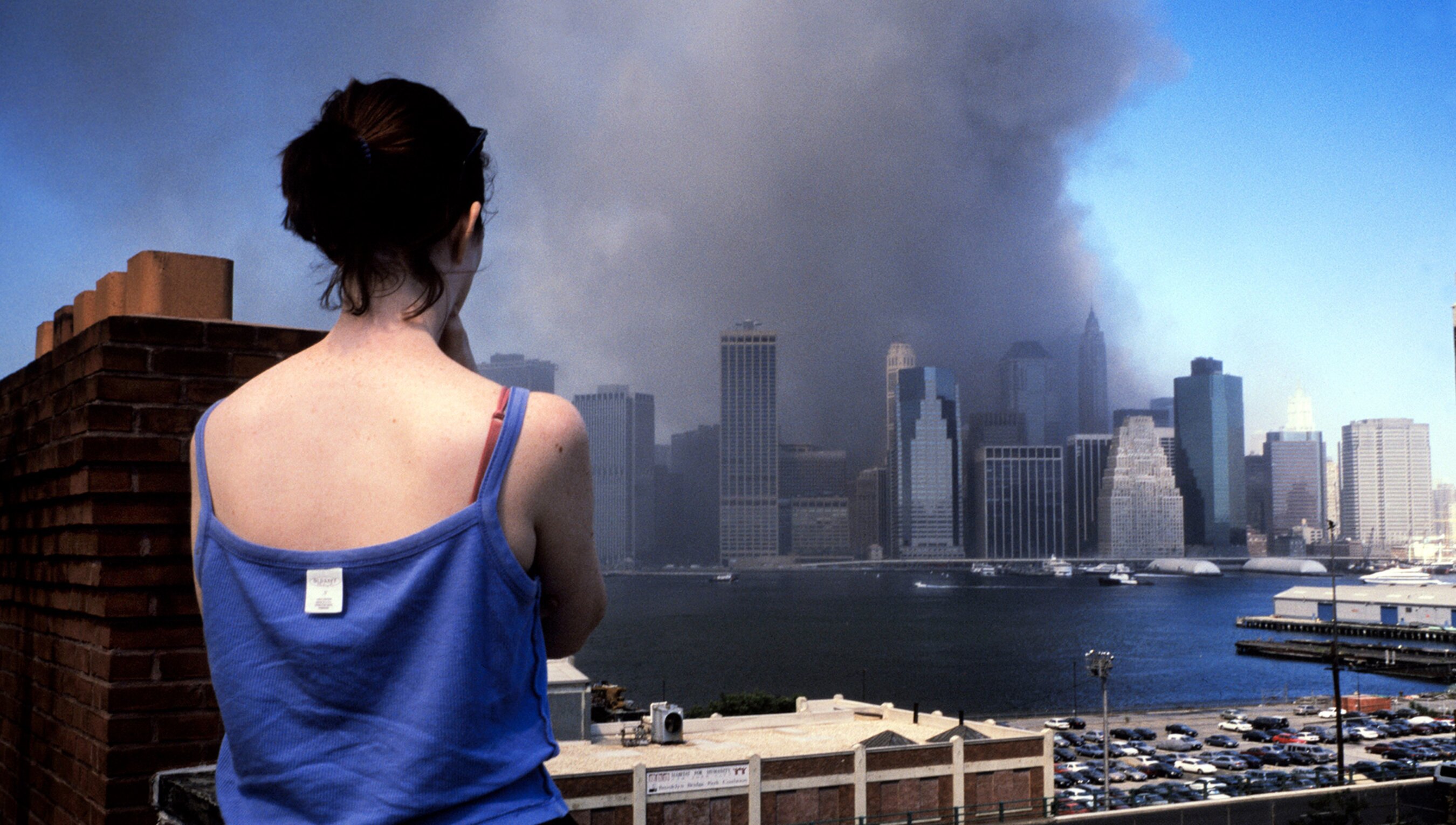 Recognise the creativity behind crime, then you can thwart it

is professor of engineering innovation at the University of South Australia. His books include Femina Problematis Solvendis: Problem Solving Woman: A History of the Creativity of Women (2020); Creativity in Engineering: Novel Solutions to Complex Problems (2015); and Creativity and Crime: A Psychological Analysis (2013), co-authored with Arthur Cropley. He was a scientific consultant and on-screen expert for the Australian TV documentaries Redesign My Brain (2013-15) and Life at 9 (2014). He lives in Adelaide.

When Sputnik launched in October 1957, the Western world reacted with shock. How could the Soviet Union have won the first leg of the space race? How was the United States, with all its technological and economic might, beaten into space? One answer was that creativity was the culprit: more specifically, a lack of it among US engineers.

But what is creativity? It turned out that the field of psychology already had an answer. In 1950, J P Guilford, president of the American Psychological Association, had described his dissatisfaction with conventional explanations of human intellectual ability. They focused on convergent thinking: the ability to find and reproduce the right answer, such as 2 + 2 = 4. That’s vital to our lives, but Guilford argued that it’s not all that matters. Our ability to generate many possible answers to a problem is also important – in other words, divergent thinking. If the question is ‘What equals 4?’ there is no single, correct answer. It could be 2 + 2, but it could also be 3 + 1, or even 0.25 + 3.75. Divergent thinking would come to be seen as a hallmark of creativity.

Modern psychology’s approach to creativity was born in 1950, but it was the Sputnik shock of 1957 that turned attention to the role that creativity plays in the real world. Over the following decades, psychologists would come to understand that creativity is not merely a matter of how we think, but also a function of our personalities (some people are inclined to be more open-minded than others) and where we work or learn (some environments are more conducive to creativity than others, for example through encouraging free thinking). When all of these factors are favourably aligned, people are more likely to be able to generate ideas and products that solve problems in new and useful ways.

Defined this way, creativity has been associated strongly with beneficial outcomes. Whether the problem we are trying to solve is artistic (eg, how to capture the beauty of a landscape) or technological (eg, how to power a labour-saving machine), creativity leads to solutions that are new, unusual and surprising. Lives are improved as a result.

But then, on 11 September 2001, a small group of men hijacked four commercial aircraft. They flew two into the Twin Towers of the World Trade Center in New York City; a third into the headquarters of the US Military, the Pentagon; and crashed the last into the Pennsylvania countryside, its intended target thought to be the White House. They killed 2,977 people, injured more than 6,000 and caused more than $40 billion in damage, including collapsing the Twin Towers and destroying part of the Pentagon. No less important was how the event inflicted lasting psychological and economic damage. These men demonstrated that the problems people seek to solve, and the solutions they generate, don’t have to be good. The competitive advantages of creativity are not confined to benign enterprises doing decent things. Creativity also has a dark side.

It’s true that, prior to the 9/11 attacks, researchers understood that creativity could result in bad outcomes. Their idea of negative creativity acknowledged that, even with the best will in the world, there could be unintended, undesirable consequences from creative solutions. The internal combustion engine has had an enormous, positive impact on the lives of billions of people. Yet every year, tens of thousands of people die as a result of car crashes, and our planet’s atmosphere is choked with harmful emissions. Even so, we’d never claim that George Brayton – the American inventor of the first liquid-fuelled internal combustion engine in 1872 – was trying to kill people. There was a negative element to his creativity, but not a malevolent one.

The 9/11 attacks were different. The death and destruction seen on that day was not an unfortunate byproduct of flying planes into buildings. It was the deliberate, intended purpose of terrorists. This was an example of what my colleagues and I have called ‘malevolent creativity’ in action.

Whatever we think of 9/11, it is impossible to deny its novelty. It took the US by surprise

To understand how and why 9/11 really was an example of malevolent creativity and not just an extreme criminal act, let’s consider the event using the same theoretical framework that researchers use for any kind of creativity. Two qualities define creativity in products: effectiveness and novelty. Either on its own is not sufficient. As unpleasant as it is to keep a ledger, 9/11 was undeniably effective, not only in terms of the death toll and the physical damage, but also in terms of the lasting psychological effect on billions of people. As a solution to the problem of how to spread terror, it was wildly successful.

Creative products also need to be new and surprising because they’re responding to new problems. If you’re a terrorist, the solution to spreading death and terror is not to try the same old things that terrorists have been doing for 50 years. If you do, your competitor – in this case, police and security forces – will know what to expect, and will have devised its own counter-solutions to your terrorist ‘products’. The first time a terrorist smuggled a gun on a plane and hijacked it, he took everyone by surprise. Then metal detectors were installed in airports and the gun method was no longer novel or effective. Whatever we think of 9/11, it is impossible to deny its novelty. It took the US by surprise.

The question of whether 9/11 was truly malevolent and not just a form of negative creativity is even easier to determine. It was not a case of good intentions gone horribly wrong. These weren’t nice guys who made an embarrassing mistake. They intended to harm others, and this was a necessary element of the overall event.

The fundamentals of how the 9/11 terrorists achieved their seismic act of malevolent creativity reflect what we know about the basis of ordinary creativity. First, they and their bosses had to think divergently. We can assume that someone – perhaps even the Al-Qaeda leader Osama bin Laden himself – must have consciously looked for many possible solutions to the problem of how to attack the US. Perhaps Al-Qaeda’s leadership even held brainstorming workshops to try to uncover a creative solution: one that they knew would succeed because of its novelty.

We might speculate that at least some of the terrorists also had the kind of personality traits and dispositions that facilitate creativity, including an open-mindedness to consider alternative approaches, and a willingness to take risks, combined with sufficient conscientiousness to follow the plan diligently. Finally, they benefited from being embedded in a supportive environment. Companies know that innovation flourishes when creative individuals have the time, resources and encouragement they need. The 9/11 hijackers were well trained. They had the money they required to assimilate themselves in the US, learn to fly, and live comfortably and quietly among their intended victims. They weren’t rushed, reducing their need to cut corners and lowering the risk of making mistakes. They were also supported in the sense of receiving moral encouragement to undertake their mission.

The 9/11 attacks showed us that the same thinking skills that resulted in smartphones and satellites can also result in scams and terrorism. The personal qualities associated with creativity – openness, flexibility, tolerance of uncertainty and a dissatisfaction with the status quo – can support the terrorist as much as the entrepreneur. Time, resources and support are as necessary to the successful hijacker as they are to an inventor. Taken altogether, creativity – as a system of thinking skills, personality and environment, directed to finding novel and effective solutions to problems – is a competitive advantage to the terrorist, as much as it is to the artist and engineer.

First, we have to devise ways to inhibit criminal and terrorist creativity. While we can’t send hijackers to an anti-creativity workshop, we can target aspects of their personal attitudes and dispositions, just as we can create an unfavourable, unsupportive environment. If time, resources and support are vital components of creativity, then how can these be denied to the malevolent problem-solver?

One simple example, first introduced by the British government in 2003, was a hearts-and-minds component of a broader counter-terrorism strategy. Called ‘Prevent’, this approach sought to address the risk of home-grown terrorism. Among several strands of activity, Prevent was designed to stop people being drawn into terrorism, to inhibit radicalisation, and to enhance community advice and support for at-risk individuals. Viewed through the lens of malevolent creativity, this approach focused not on the product – the act of terrorism – but on the person and the environment. If the individual motivation to commit an act of terror is removed, and if the environment doesn’t support it – if there are no resources, no safe haven, no encouragement and admiration – then the system that is malevolent creativity collapses.

Second, we have to ensure that our own preventative solutions to malevolent crime and terrorism are themselves highly creative. The one mistake the 9/11 terrorists made was that they failed to anticipate any counter-creativity. The moment their victims behaved unexpectedly – as the brave passengers on United Airlines flight 93 did when they fought back – the terrorist solution began to unravel. The terrorists themselves were vulnerable to surprise, just as they expected their victims to be.

An Israeli colleague of mine once told me about a solution that a team of engineers developed not long after 9/11, and it shows the potential of creative counter-terrorism. They reasoned that common security products – eg, metal detectors in airports – not only lacked novelty and therefore creativity, but also focused on the wrong problem. The job of security forces is not to stop a person getting a gun or bomb on a plane, but rather, it is to prevent a person from using a gun or bomb on a plane. Their solution to this redefined problem was what they dubbed the autoimmune aircraft. This plane would be fitted with one non-lethal, tranquilliser gun per passenger, designed to drop from the oxygen-mask lockers in the event of a hijacking. Any terrorist foolish enough to attempt to take control of a plane would suddenly be confronted with 150 passengers, all armed with tranquilliser darts! While this solution was never implemented, it serves as an example of the kind of creative thinking needed as a response to malevolent creativity.

We will probably never entirely stop malevolent creativity, whether in the form of terrorist attacks, internet scams or sophisticated fraud. But we can use our scientific knowledge of creativity to make life as difficult as possible for any would-be malevolent creator.