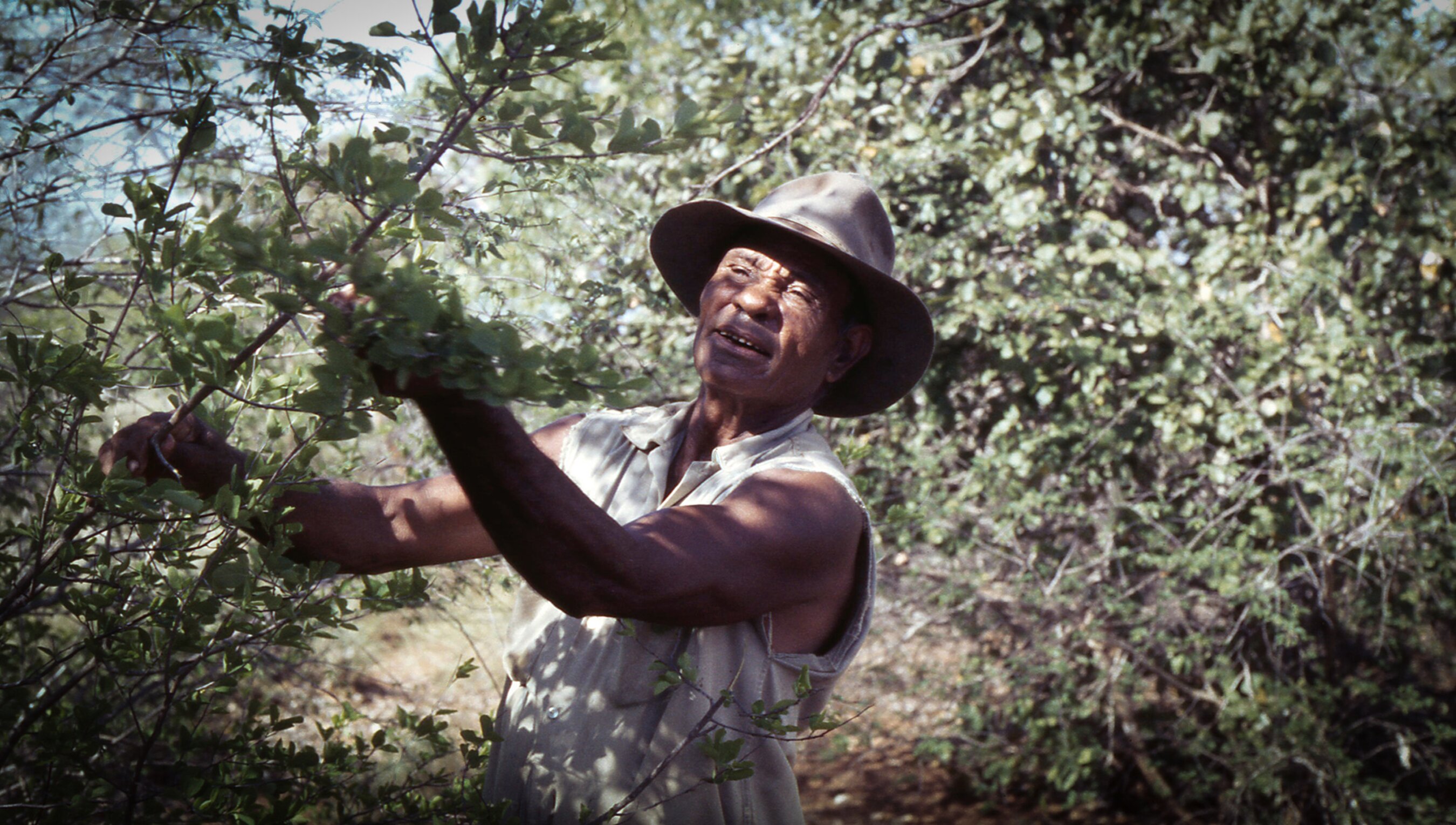 What Aboriginal people know about the pathways of knowledge

is professor of creative writing at Flinders University, Adelaide, and is a Fellow of the Australian Academy of the Humanities. His most recent books are The Children’s Country: Creation of a Goolarabooloo Future in North-West Australia, co-authored with Paddy Roe (2020) and Latour and the Humanities (2020), edited with Rita Felski.

What can living in one place for 60,000 years teach a people? Walking with Aboriginal people in the far North-West of Australia has given me some idea. When I wrote the book Reading the Country (1984) with the Berber artist Krim Benterrak and the Nyikina elder Paddy Roe, we walked the world that Paddy was born in – what his people call ‘Country’. I found that the conceptual structure of his world was completely different to the Western one in which I had been trained. Not only was his knowledge not reproduced in books like the ones he nevertheless wanted to write with me, but it had nothing to do with authorship. Knowledge didn’t originate with individuals, and the concept of mind was irrelevant. Knowledge was on the outside; it was held in ‘living Country’. And humans had to get together to animate this knowledge.

As Paddy and I were walking the beautiful coastline north of Broome, he would point out things, tell stories, call out to ancestors, and sing songs that belonged to particular places. The songs were important because they were inspirational (in the original Latin sense of a truth being breathed into someone). Their significance was, and is, multiple: they are handed down from ancestors; they tie human and nonhuman worlds together and animate those connections; they are mnemonic and practical, reminding people, for instance, that this is the place of yarrinyarri, the bush onion.

But how on Earth does knowledge transfer work without a concept of mind? Understanding, for Paddy, was ‘hearing’ and that was the word he used (as in, ‘that man can’t hear’), equivalent to the French entendre, which also embraces the meanings of hearing and understanding. When children accompanied us on our walks, I also saw a certain experiential pedagogy in place. Children were not encouraged to ask lots of questions: respect for elders seemed to entail not bothering them too much. These kids were learning to pay attention and thus acquire know-how, which I like to define as practical knowledge-based skills, rather than ‘pure’ knowledge. It’s simply the difference between being told how to point out where South is, and walking outside and showing someone techniques for getting that orientation.

I didn’t always know which way I was heading, but Paddy did. He had a knowledge that people are tempted to call ‘intuitive’ if they haven’t traced all the knowledge acquisition pathways. Paddy’s knowledge was derived from the same kinds of experiences his grandchildren were having with him. Call it ‘intergenerational knowledge transfer’. When he pointed to some little tracks in the sand that I had failed to notice and said ‘barni (lizard) heading that way’, or announced, ‘might be water in that old jila (spring), over that sand dune’, his skill was not sharp eyesight or a special psychological attribute, but something collective embedded in generations of practices: looking at the sand dune while also attending to the angle of the Sun, the way the seasonal wind was blowing and understanding how finches flock in this part of the world. Here’s a bit of handy know-how for you, should you run out of water in the Australian outback: follow the flocks of zebra finches.

Knowledge transfer seems to be a cultural thing. It has to be cultivated in that environmental sense

If knowledges are environmentally embedded, and have to be activated through skilled practices, our orthodox idea that the privileged pathway for knowledge acquisition is cognitive, from one brain to another, is challenged. Think about it: we have never been able to ‘think’ without more-than-human extensions, such as Paddy’s finches, Galileo’s telescope, Newton’s apple, today’s world wide web. There might be specific tools, but there are also more extensive conducive environments: a teacher emphatically telling her pupils to ‘get this into your heads’ while the brightest of them is gazing out of the window. Learning happens only after pupils are interested, which means, using the Latin root again, that they ‘are between’ (inter-essere), that is, hooked into a heterogeneous network of relationships.

We tend to discount the agency of nonhuman extensions. They seem passive, but can rise to the fore at any time. A pupil might be falling behind; it turns out she has a hearing deficiency. A hearing aid will restore a normal environment, reactivating the knowledge acquisition pathways for that child.

Knowledge transfer seems to be a cultural thing. It has to be cultivated in that environmental sense. And it is specific to different cultures. What is true and relevant for one might not be so for another. You might think a universal fact such as ‘everything is composed of atoms’ should obviously spread around the whole world displacing archaic theories of matter. But that knowledge might be resisted: ‘Sure, you have atoms in your culture,’ a New Guinea tribesman might say, ‘but our ancestors never spoke of such things.’ What he is pointing to is the importance of relevance, and admitting atoms into his culture might upset his whole system.

It turns out that facts about atoms need help to get around. Ideas that are true and factual deserve to become more universal, and so they should, as long as they remain relevant to those concerned. This relevance has to be earned, demonstrated, paid for, nurtured, taught in a million classrooms year after year. It has been part of a modernisation programme that spread out from western Europe since the enlightenment, as described by the anthropologist and philosopher Bruno Latour. When modernisation arrives in places like Paddy’s Country, it tends to move fast. It focuses on finding certain resources and extracting them for foreign markets where wealth is accumulated. Wealth is such a strong and fungible motivator in that it gathers up all sorts of agencies in a collective modernisation momentum. A whole culture is involved. But Paddy, remarkably, managed to slow it down when he set up the Lurujarri Heritage Trail in 1987, a walking trail that enabled visitors to experience Country and learn about it at a pace that enabled other kinds of knowledges to flow.

‘Things must go both ways,’ Paddy said to me when I asked for his help. He had already understood – experienced – practices that saw knowledge transfer going one way. People would ask him about his Country in order to exploit it, for water, for pasture, for pearl shells, and now for gas and oil. This knowledge was relevant for them, but his knowledge tended to be blocked. Knowledge to be used for modernisation purposes was thus filtered. Paddy’s two-way idea made me think of ‘knowledge valves’. When the newcomers don’t learn Aboriginal languages and everything goes into English, this is one kind of valve that blocks key Aboriginal concepts. Not to mention the vicious racism that blocks attributes such as human dignity. When experts write scholarly papers based on Aboriginal knowledge, they never used to invite their anonymous ‘informants’ to be named co-authors: another valve. They spoke of Indigenous knowledges as ‘mere belief’, while they ‘actually know’. Another valve. Such knowledge valves constantly popping up facilitate the universalising mission of modernisation while keeping local knowledges local.

But as this modernisation narrative hits the wall that is planetary finitude and environmental emergencies, new pathways are opening up for Indigenous knowledge transfer. It seems that looking after Country is a good idea that is leaping from one Indigenous community to another across the globe, and convincing a lot of erstwhile modernisers in the process. Westerners are realising that their knowledge, too, was once situated, and not always relevant. It was good for living in one place, while living off another. Let me explain. When multinational corporations arrive in that frontier country of Australia’s North-West to drill for gas and oil, they claim what they are doing is ‘good for the country’. But they don’t mean the local territory, they mean something more abstract, such as Australia and its GDP – or, more specifically, their shareholders, whose lives might be marginally improved as they live in cities or on yachts in the Caribbean. That is the difference between living in one place while living off another. This is why Latour argues that we have to come ‘down to Earth’, a sustainable territorialism that Indigenous peoples are now making some progress in getting the moderns to understand.

How do they get them to understand? How do they make their knowledge inspirational, as I asked at the beginning? You have to get out of your speeding vehicles, slow down to walking pace, and look around and see what needs to be kept alive. Each territory has its own nature, and living in that place teaches you that you are part of it: you breathe its air, drink its water and share its nutrients. And they compose your own living tissues in the same proportions. There is no escape; there is no better world. There is a song that teaches you this, now that you have taken the time to listen; it’s not just a matter of ‘putting your mind to it’ or accepting the facts. The Country has been singing this song for generations. I wish I could sing Paddy’s ancestors’ Dreaming song that makes the oysters grow fat – but this is not the time and this is not the place.