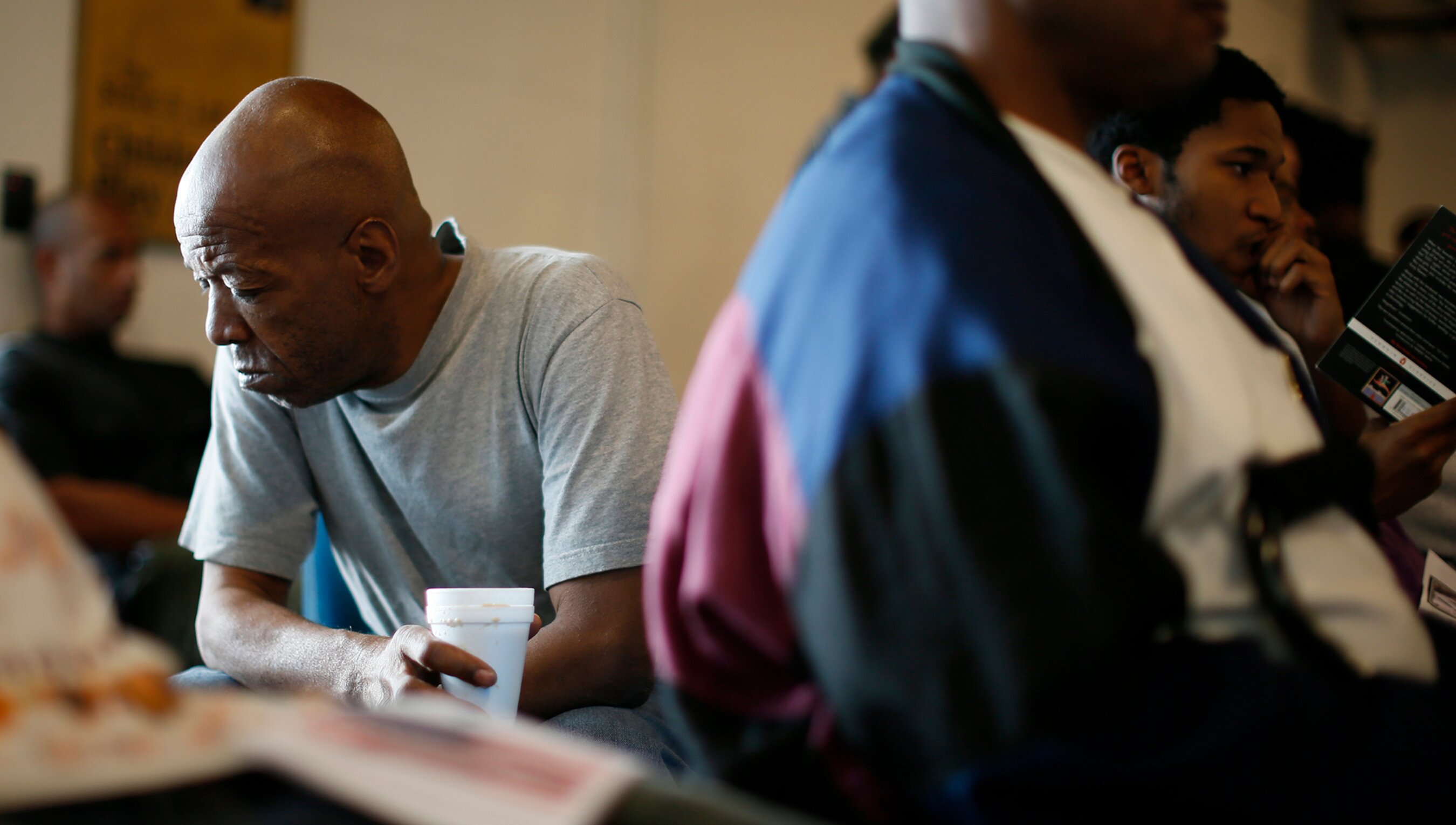 Bias in mental health diagnosis gets in the way of treatment

is director of the largest United States Air Force mental health screening programme. He is widely recognised as an expert on psychological tests and clinical judgment.

Imagine the following scenario. The parents of a girl in middle school notice that she takes copious notes while studying, sometimes copying entire sections of her textbook. Her parents wonder if she has trouble learning. They decide to have her tested by a psychologist, who notes that she has cognitive weaknesses, but does not diagnose the girl as having a disorder or refer her for an evaluation for medication. The parents later learn that there is a controversy about whether attention deficit hyperactivity disorder (ADHD) is underdiagnosed in girls. Could a biased diagnostic process have missed the condition in their daughter?

In the context of diagnosis, bias is said to occur when diagnoses are more accurate for one group of patients (eg, males or white people) than for another (eg, females or Black people). It’s not just a matter of diagnoses being made more or less frequently for one group. After all, if depression is actually more common in women than in men, differences in diagnosing rates should reflect that. But, in some cases, members of one group are more likely than others to receive an incorrect diagnosis – which could mean being diagnosed with a condition that they don’t have, or not being diagnosed with a condition that they do have.

When bias in diagnosis does occur, it can happen for different reasons. It might be due to the bias of clinicians, the bias of psychological tests, or the bias of the diagnostic criteria that are used. In a recent review paper focused on clinician bias, I examined the most methodologically rigorous research on the subject conducted in the past 20 years. This body of work provides insights into when and how clinicians diagnose people differently based on the groups to which they belong.

The findings on ADHD are relevant for the scenario described above – the parents who wonder if their daughter’s ADHD was overlooked – and they illustrate the challenge of detecting diagnostic bias. Recent, large-scale research in the United States found that boys were much more likely than girls to have been previously diagnosed by clinicians as having ADHD. But, in the researchers’ own estimates of which children had ADHD, based on information collected from parents and teachers, the gender gap was significantly smaller. One interpretation of these results is that, in clinical practice, ADHD might be overdiagnosed in boys or underdiagnosed in girls. A competing interpretation, however, is that families are more likely to have boys evaluated for ADHD, perhaps because they can be more disruptive than girls. Thus, one interpretation suggests that clinician bias occurs, while the other interpretation does not.

To evaluate competing interpretations such as these, researchers need the experimental method. They have to manipulate the variables they are studying – the ones that are thought to result in bias – and hold the other variables constant.

Experiments in the US and Europe have not, however, found clear evidence of gender bias in the diagnosis of other conditions of interest, such as borderline personality disorder, compulsive sexual disorder, post-traumatic stress disorder (PTSD) and mood disorders (eg, depression, bipolar disorder). And, while large-scale field studies on autism and conduct disorder have suggested that these conditions are either overdiagnosed in boys or underdiagnosed in girls, experimental data are needed to clarify these results.

What about race-related bias? Research conducted in the US indicates that race bias is a serious problem for the diagnosis of adult mental disorders – including for the diagnosis of PTSD, depression and schizophrenia. Preliminary data also suggest that eating disorders are underdiagnosed in Black teens compared with white and Hispanic teens.

When clinicians administered a psychological test to help them make a diagnosis, race bias was not observed

The misdiagnosis of PTSD can have significant economic consequences, in addition to its implications for treatment. In order for a US military veteran to receive disability compensation for PTSD from the Veterans Benefits Administration, a clinician has to diagnose the veteran. To learn if race bias is present in this process, a research team compared its own systematic diagnoses of veterans with diagnoses made by clinicians during disability exams. Though most clinicians will make accurate diagnoses, the research diagnoses can be considered more accurate, as the mental health professionals who made them were trained to adhere to diagnostic criteria and use extensive information. When veterans received a research diagnosis of PTSD, they should have also gotten a clinician’s diagnosis of PTSD – but this occurred only about 70 per cent of the time.

More troubling is that, in cases where research diagnoses of PTSD were made, Black veterans were less likely than white veterans to receive a clinician’s diagnosis of PTSD during their disability exams. There was one set of cases where bias was not evident, however. In roughly 25 per cent of the evaluations, clinicians administered a formal PTSD symptom checklist or a psychological test to help them make a diagnosis – and if this additional information was collected, race bias was not observed. This is an important finding. Clinicians will sometimes form a first impression of a patient’s condition and then ask questions that can confirm – but not refute – their subjective impression. By obtaining good-quality objective information, clinicians might be less inclined to depend on their subjective impressions alone.

Race bias has also been found for other forms of mental illness. Historically, research indicated that Black patients and sometimes Hispanic patients were more likely than white patients to be given incorrect diagnoses of schizophrenia, while white patients were more often given correct diagnoses of major depression and bipolar disorder. During the past 20 years, this appears to have changed somewhat, with the most accurate diagnoses being made for Latino patients, the least accurate for Black patients, and the results for white patients somewhere in between.

The data are more limited for evaluating race bias in the diagnosis of child and adolescent mental disorders. There is evidence from residential treatment programmes that race bias occurs in the diagnosis of conduct disorder. Conduct disorder is characterised by antisocial behaviour and a disregard for basic social standards and rules. Unfortunately, without experimental data, we do not know if Black and Latino patients are overdiagnosed with the disorder or if white patients are underdiagnosed.

Any occurrence of bias in diagnosis is reason for concern. It could lead to the prescription of medication for a disorder a child does not have, a lack of financial support that a veteran is rightfully owed, or a diminished likelihood that a person receives appropriate therapy for their mental health condition.

For patients, the best advice might be to learn more about a disorder, and be ready to seek a second opinion

But there are steps that can be taken to reduce bias. For clinicians, one important factor is a sensitivity to cultural differences in the expression of mental disorders. For example, past research has indicated that Black people and white people who are depressed might tend to differ in how they show, and communicate about, certain symptoms of depression. Clinicians could also use symptom checklists or an evidence-supported psychological test when conducting an assessment. Organisations that conduct compensation and pension exams could make this a requirement if they have not already done so. Symptom checklists or tests can provide new information that might improve communication and help a clinician be more empathetic. Finally, clinicians could use screening questionnaires for depression or for any other disorder that tends to be underdiagnosed, to see if a patient needs further evaluation. In some clinics, this would be done with all patients, as these kinds of results are most valuable when clinicians have not considered whether a patient has a particular disorder.

To have a major impact on reducing bias in diagnosis, researchers should conduct double or quadruple the current number of studies in this area. In most areas of science, the number of studies increases exponentially over time. This has not been true for studies on bias and mental health diagnosis, at least with regard to studies that are sufficiently rigorous. In fact, the number of studies conducted on this subject has been static over the past 50 years. The Me Too and Black Lives Matter movements have recently led to a greater focus on inequities and injustices in other parts of society. If funding organisations actively support this area of research, we could see an increase in studies and, ultimately, a decrease in race bias and gender bias.

For patients and their families who are navigating the mental health care system and are concerned about bias, the best advice might be to learn more about a disorder that a patient has been diagnosed with or that it seems they might have, and to be ready to seek a second opinion. It is perfectly appropriate to learn about the formal diagnostic criteria for a disorder and to ask a clinician which criteria were met and which were not. By being informed, patients and their loved ones might be better able to avoid some of the potential pitfalls in diagnosis so that they can secure the treatment they need.

The views expressed are those of the author and do not reflect the official views or policy of the United States Department of Defense, or its components.