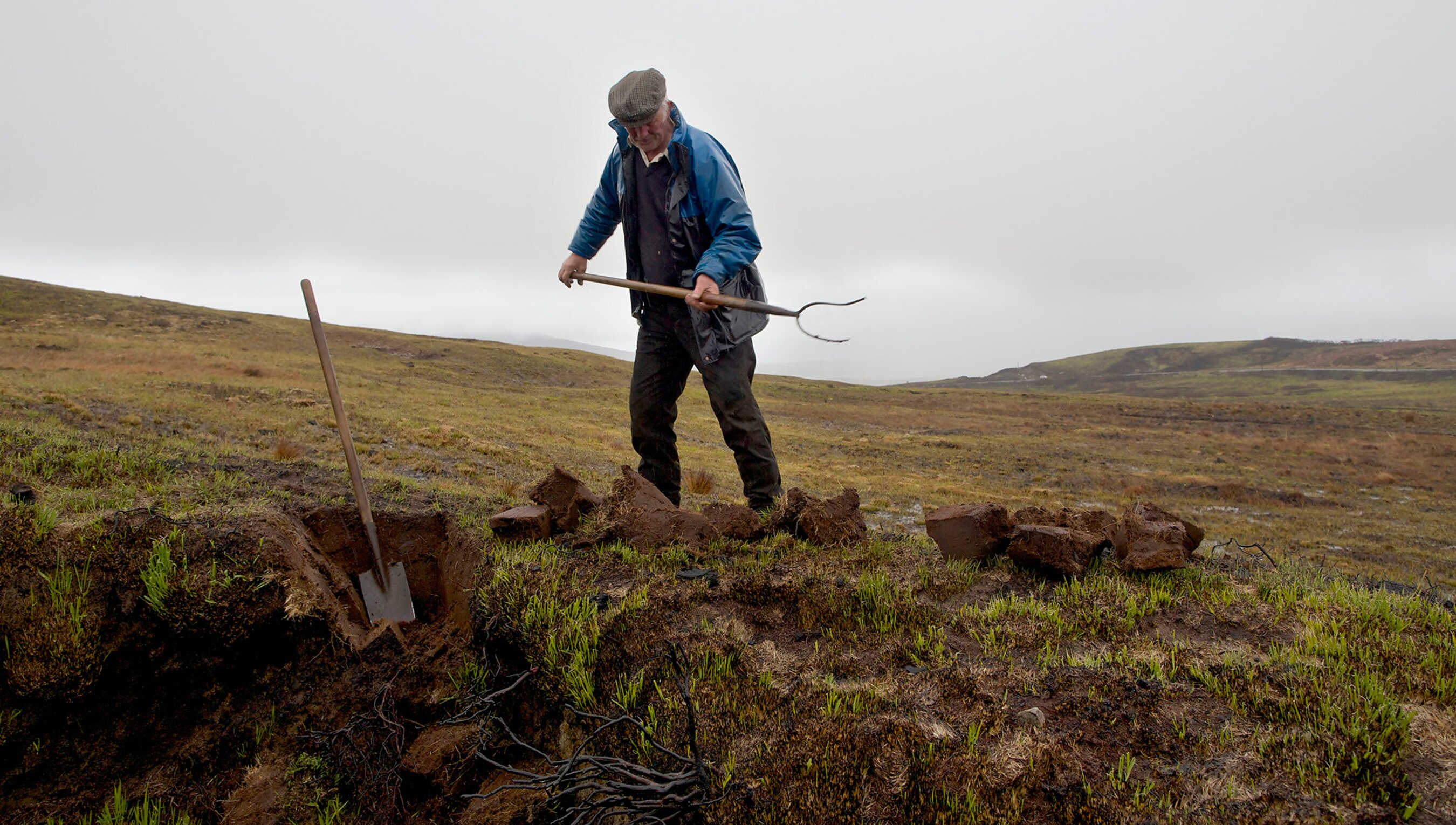 For the Stoic Musonius Rufus, manual work is philosophy too

is a PhD student in philosophy at Nottingham Trent University in the UK. He specialises in cross-cultural philosophy, specifically Buddhism, the history of ideas and philosophy of religion.

Philosophy these days has a reputation problem. It is often dismissed as useless and outdated, among other things, by a variety of people including politicians and scientists, as well as the general public. Philosophers are also characterised as being disengaged from ‘real life’, preferring to sit intellectualising in ‘ivory towers’ unlike the average person. As a result of these stereotypes, philosophy is seen as being entirely cerebral, abstract, and without any physical element to speak of. There is thus an imagined gulf between the intellectual and the physical, and this extends especially to types of work. ‘Intellectual’ and ‘manual’ jobs are seen by many as the complete anthesis of each other. Such a perspective, however commonly held, is mistaken – for a number of reasons.

Firstly, thanks to the work of the French historian of philosophy Pierre Hadot, we know that philosophy was not always entirely theoretical in nature. Hadot rediscovered the idea that philosophy in the ancient Greco-Roman world was seen, not just as something to be studied, but as a way of life to be lived and practised. Ancient philosophy taught that humans are living inauthentically in their everyday existence, the goal of which was ataraxia, or inner peace or tranquillity. In order to achieve this goal, Hadot wrote in Exercices spirituels et philosophie antique (1981), or Philosophy as a Way of Life, philosophers engaged in what he called ‘spiritual exercises’, or physical exercises that were supposed to transform how the practitioner saw the world and their place in it. Theory was there, and it was important, but it often took a secondary position to the role of practice. One was deemed a philosopher by living a philosophical way of life – simply knowing the ideas intellectually was not enough. Philosophy thus had a lived, practical dimension that went beyond mere intellectualising.

Secondly, there were many philosophers throughout history who, even if they were not manual workers themselves, have had positive views of such occupations. An example of a thinker who expressed such views was the Roman Stoic Musonius Rufus, who lived in the 1st century CE. Rufus argued that the best means of earning a living for a philosopher was farming. In response to someone hypothetically saying that an educated man should not work ‘like a peasant’ in the fields, Rufus replies:

Yes, that would be really too bad if working the land prevented him from the pursuit of philosophy or from helping others to its attainment. But since that is not so, pupils would seem to me rather benefitted by not meeting with their teacher in the city, nor listening to his formal lectures and discussions, but by seeing him at work in the fields demonstrating by his own labour the lessons which philosophy inculcates – that one should endure hardships and suffer the pains of labour with his own body rather than depend upon another for sustenance.

The engagement of philosophers with manual work went beyond simply talking about it, with many thinkers throughout history having worked at manual jobs. Socrates himself was apprenticed to a stonemason and sculptor. Baruch Spinoza, the Dutch Jewish philosopher of the Enlightenment, turned down many offers of prestigious teaching positions and chose to make his living as a lens grinder. In the 20th century, the French philosopher, mystic and political activist Simone Weil worked as a labourer in two factories for a year so she could better connect with the working classes and support them in their fight for improved working conditions and more rights. Even if there were no links between these philosophers, their intellectual work and their positions as manual workers, the fact that they had manual jobs at all, in some cases where they could have chosen to leave them, shows that they did not see these jobs as incompatible with philosophy. It certainly demonstrates that they did not consider such work beneath them, nor that they recognised the gap between both types of work that some of us see today. But if their jobs did not directly impact their ideas, how can the gulf be bridged at all?

The answer to this lies in skills, more specifically, the skills that a modern-day student gains from studying philosophy. Contrary to popular belief, philosophy does indeed teach useful skills for the job market. Skills such as critical thinking, logical reasoning, problem solving, as well as skills in argumentation, communication and research, among others, are all acquired by philosophy students. These skills are applicable to a wide variety of occupations, including skilled manual work. The nature of the work involved in trades such as electrical engineering, plumbing, carpentry and more, all of which require years of specialised training both physical and intellectual, would be greatly benefitted by such skills, for example. An advantage of philosophical skills over others is that, while the methods, materials and techniques in other professions change with the advancement of time and technology, the skills taught by philosophy remain the same throughout, and are thus able to be used indefinitely. Therefore, bridging the gulf between manual and intellectual work requires the application of philosophical skills to manual work (and vice versa), which in itself shows that the gulf is not as wide as first assumed.

It seems that more philosophers, some of whom work manual jobs themselves, have been catching on to this idea in the past couple of decades. Robert R Sherman, who worked as a carpenter before becoming a professor of philosophy at the University of Florida, argues that carpentry is as much intellectual as it is physical work. Meanwhile, Carl Mitcham, professor emeritus of humanities at the Colorado School of Mines, writes that philosophy is important to engineers, and that both professions need to take notice of each other. Similarly, Rosemary Barnes, a researcher at the University of New South Wales, says that studying both engineering and philosophy made her a better engineer. Finally, the philosopher, electrician and mechanic Matthew B Crawford in his book Shop Class as Soulcraft: An Inquiry into the Value of Work (2009) makes a philosophical case for the enduring need for hands-on, skilled trades, and challenges the idea of a separation between mental and manual. There are surely many more ways by which philosophy and skilled manual occupations can be brought together and, as time goes on, these are bound to become more noticeable. Philosophy of engineering is already a sub-discipline of philosophy; how long before a philosophy of carpentry or a philosophy of electrical work is developed?

The gulf between jobs that are considered ‘intellectual’ and ones that are deemed manual makes no sense. Simply put, in order for a society to function as it should, we need both types of profession. Without philosophers, scientists, writers and historians, we would have no culture, ideas would not advance, and we wouldn’t understand how our world works, nor our past. However, we also need people in skilled manual jobs. Without builders, plumbers, electricians, carpenters and more, we would have no running water, no working electricity, no houses to live in, nor indeed any buildings at all to philosophise in. For a society that works, both types of work are equally valuable.

Far from being completely abstract in nature, philosophy does indeed possess a physical element that is overlooked. And many philosophers respected and, in some cases did, skilled manual work themselves, therefore the idea that philosophy is incompatible with manual work has surely been proven false. Rather than being separated by an unbridgeable chasm, the skills learned in philosophy can be applied to manual forms of labour too. As we are trying to build bridges and increase understanding between diverse cultures, faiths and societies, we should be doing the same with diverse types of work also. We should be searching for ways in which different professions can work together for the benefit of all, especially to fight any outdated stereotypes that are still thrown around. Finally, it should be recognised that the skills learned in manual jobs are forms of knowledge and wisdom, just as philosophy is. As ‘lovers of wisdom’ – the original meaning of the term ‘philosopher’ – we should be following the example of the Stoic Musonius Rufus and ‘demonstrating by [our] own labour the lessons which philosophy inculcates’. Whichever way those lessons are taught, whether it’s in a university lecture hall or on a building site, all of these ways are welcome.