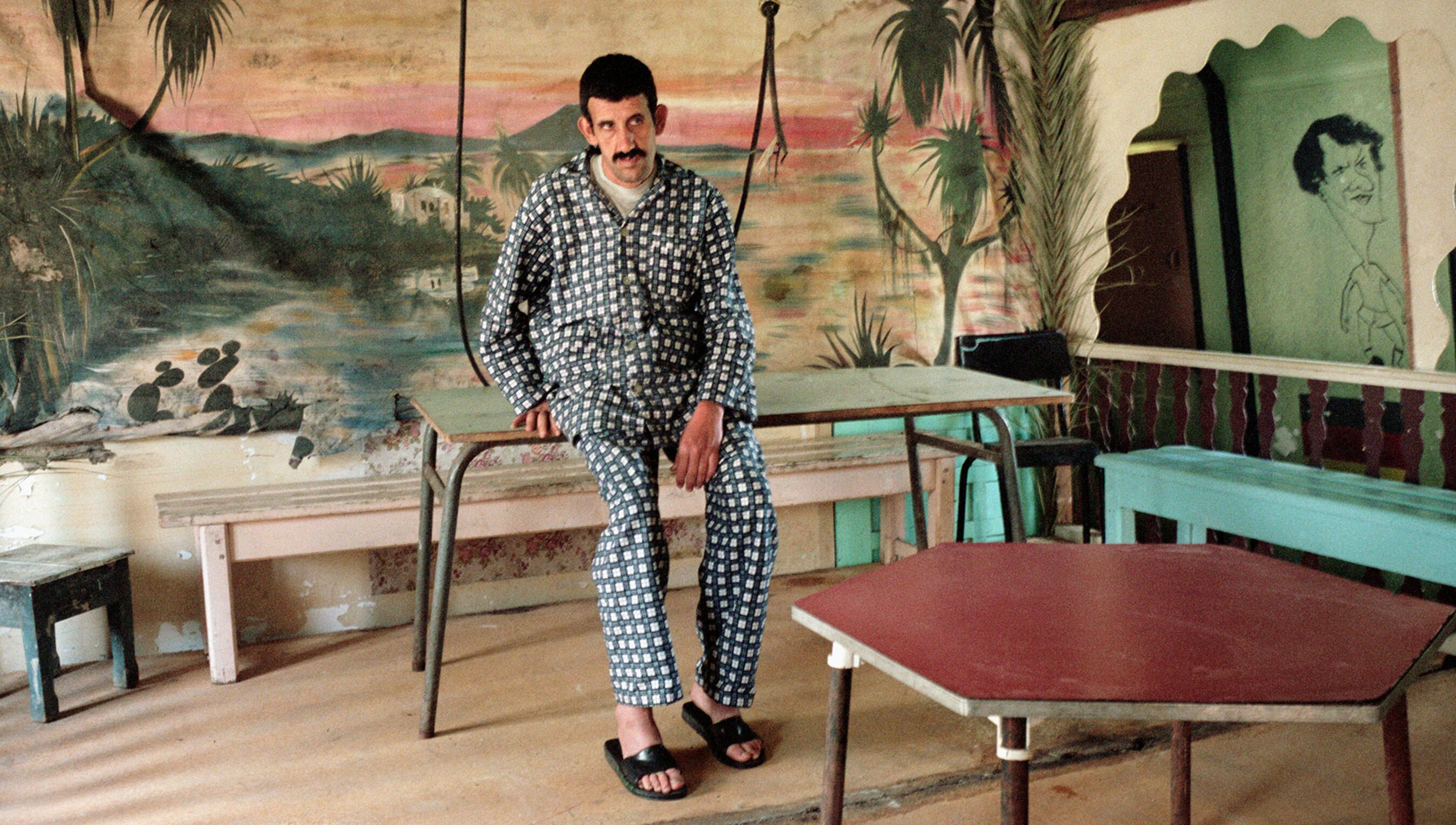 is an associate researcher at the Paris Institute of Political Studies. Her books include Neuro: The New Brain Sciences and the Management of the Mind (2013), co-authored with Nikolas Rose, and ʿAṣfūriyyeh: A History of Madness, Modernity, and War in the Middle East (2020).

In 2017, I visited with my husband the renowned psychiatric hospital at Blida, a town at the outskirts of Algiers, where Frantz Fanon, the influential Martinique psychiatrist, taught and worked in the 1950s while being actively involved in the Algerian liberation movement. The Blida-Joinville psychiatric hospital was the pride of the colonial Algerian school of psychiatry. Although it was racist even during Fanon’s time (Antoine Porot and Jean Sutter, adherents to the so-called theory of ‘primitivism’, were his contemporaries), Fanon directed his own pavilions. He was quickly surrounded by a new generation of Franco-Algerian psychiatrists, such as Alice Cherki who joined the Algerian revolution in the 1950s and later wrote a biography of her mentor Fanon.

A dusty portrait of Fanon still hangs at the entrance of the hospital (see photographs below), but a feeling of doom quickly overwhelms the visitor. At some point, we were frantically followed by a security agent who enquired about the purpose of our visit. Seeing us taking pictures, he must have thought we were journalists. When we responded in Arabic that we were ‘Lebanese doctors’, he immediately calmed down. Relieved, we continued our exploration of the living remains of Blida-Joinville with a heavy sense of desolation and disappointment. As we strolled, we could hear patients behind iron bars begging for money and cigarettes. The decaying infrastructure was also obvious. This is how it must have felt, I thought, to a 19th-century visitor to ‘oriental lands’. I was reminded of Gustave Flaubert who, on a visit to the Cairo Lunatic Asylum in 1849, noted how the inmates were ‘screaming in their cells’.

In his book The Wretched of the Earth (1961), Fanon locates the origins of Algerian violence in the ‘colonial situation’. Through a series of poignant case studies drawn from his clinical practice, he showed how the colonialist’s violence bred in the colonised a constellation of pathological behaviours. And perhaps because of that inextricable link, he argued that violence was an essential part of the anticolonial struggle. It was nothing more than an appropriation of the means with which the colonialist/settler rules, but turned towards the rise of national consciousness and the birth of the ‘new man’ – a revolutionary subject born out of decolonisation.

What has become of the ‘new man’ and the morbid symptoms of colonialism almost six decades after Algeria and other colonised countries gained independence? In Le trauma colonial (2018), the Franco-Algerian psychoanalyst Karima Lazali argues that ‘colonial trauma’ still weighs heavily on Algerians. She sketches a dark psychoanalytical tableau that, she argues, is the result of colonialism’s deep scars on the psyches of Algerians. ‘Blank’ (blanc) is the recurrent term she uses to describe the protean symptoms of colonial trauma that persist until today; from the ‘blank slate’ of the colonised to fratricide violence. The latter, Lazali argues, is a natural consequence of the colonialist’s sin of origin; by capturing the father figure, colonialists pushed Algerians on a trajectory of perpetual loss and suspicion, of constant malaise and self-mutilation, and even of a collective ‘death drive’. In short, colonialism enabled ‘social inertia’ and the ‘relinquishment of being’. While Lazali speaks about the National Liberation Front’s role in sustaining this trauma rather than healing it, she seems to remove any agency from Algerians, who, since independence until today, seem to have been enduring passively their internal and internecine strife. As if the wrath of colonial demons had possessed them. What is clear is that the new man is nowhere to be seen.

Today, the Arab world hosts some of the largest psychiatric hospitals in the world

One way of looking at the nature of political regimes is to look at their politics of health and the state of their healthcare infrastructures. As Lazali herself observes, institutions have become the site of social ills. What better illustration than the Blida-Joinville psychiatric hospital. The current crumbling in-patient psychiatric care is not, however, peculiar to Algeria and is quite visible across the Arab world. These new ‘medical ruins’, as I describe them in my book ʿAṣfūriyyeh: A History of Madness, Modernity, and War in the Middle East (2020), have started to punctuate our contemporary landscapes. Yet, unlike the ruins of colonial projects or those of the bygone era of lunatic asylums, some of the new medical ruins are the products of postcolonial regimes. In Iraq, for example, one can see a similar sight of decayed infrastructures, overcrowded facilities and lack of personnel. The situation in Egypt is likewise pretty bleak, and every now and then an article in the press exposes the abuse and neglect of patients as well as the overcrowded facilities. In Syria, psychiatric hospitals have been shelled by the regime, sometimes deliberately, as a new tool of war.

What explains the resilience of institutionalisation in the Arab world? The World Health Organization (WHO) often highlights the absence of mental health on the list of national priorities in the region, shortages in psychiatric personnel, limited funds, lack of resources, as well as lack of comprehensive mental health strategies. But political myopia, amateurish governance with short-term political agendas, and instability are in reality what makes alternative psychiatric futures impossible to conceive, let alone implement. What is more striking is the lack of a critical debate about the uncontested power of medical doctors and psychiatrists, and sometimes even their complicity with authoritarian regimes. This situation contrasts with many other countries that saw the emergence (particularly in the 1960s and ’70s) of vocal critiques of psychiatric practices, including the use of such institutions as a dumping ground for unruly members of society (be it for family or political reasons). Authoritarianism and opportunism as well as self-preservation on the part of the medical elite are also to blame; so is religious power and its monopoly on truth, the normal and the pathological.

But should we blame colonialism for such ‘inertia’, to borrow Lazali’s term? If so, are we to conclude that the people of the region are doomed to live in a state of perpetual resignation, ‘standing by the ruins’ (a common topos in Arabic poetry), weeping in silence at their destroyed homes and suspended aspirations? What is the role of ordinary citizens in sustaining oppressive, lethargic and despotic regimes instead of working for more progressive societies, reliable institutions, sustainable economies and brighter futures?

It is perhaps too much to ask of psychiatrists to become activists – indeed, militants – but this has become crucial

It is high time we ask these difficult questions about the root causes of what the intellectual and journalist Samir Kassir called ‘Arab misfortune’ (le malheur arabe), ironically a year before his assassination in Beirut in 2005. While Kassir shows how this pervasive sense of apathy and defeatism, which is prevalent from the Maghreb to the Mashreq today, was not always the case (and that, by extension, nothing is preordained), there is still a sense of fatality embedded in the word ‘misfortune’ (including its French equivalent, malheur): a fate gone awry, a Greek-like tragedy that one cannot escape. For Kassir, it is the aborted modernisation aspiration (Nahda in Arabic), which emerged in the 19th century, that is at the root of the impasse. He also points to endless regional conflicts and tensions that make the need for dictators necessary (to avoid chaos or the rise of threatening Islamist movements) and neocolonial interference inevitable, if not perpetual, given the geographical proximity of the Middle East to Europe. But geography cannot be changed. Are the people of the region therefore doomed?

I would like to argue, precisely based on the grammar of Greek tragedies, that there is still room for an alternative path. In fact, Greek drama is not about fate or capricious gods as much as about the catastrophes and calamities brought about by human choice. It is more deeply concerned about the failures and accomplishments of human freedom. And this is where psychiatrists, mental health workers and the civil society more broadly speaking (ie, the key actors that tend to be marginalised by Arab regimes) have a momentous role to play. In the absence of reliable institutions and sometimes their lack altogether, it behoves them to take on the role of the absent ‘welfare state’ by raising awareness about mental health disparities, stigma, abuse and human rights violations. It also behoves them to refuse to be complicit with authoritarian and patriarchal regimes, and resist both the security apparatus and families in using mental illness as a pretext to get rid of dissidents (the former) or unwanted relatives (the latter).

Finally, as with Black Lives Matter or the Occupy movement, it is today up to civil society to mobilise and decry the crumbling psychiatric care as well as the neglect of mental health issues. Ossified regimes in the Arab world have long abdicated their responsibilities for the welfare of their citizens. And WHO reports are no longer useful, besides their descriptive and archival purposes. In addition, many families seem to have abandoned their ill relatives, as illustrated at Egypt’s ‘Abbasiyya – the Arab world’s largest psychiatric hospital, where doctors also deplore the lack of policies to reintegrate mentally ill individuals into the community, even after being successfully treated, and hence literally their abandonment by society. It is perhaps too much to ask of psychiatrists, whose priorities are understandably their patients, to become activists – indeed, militants – but this has become crucial.

In Greek tragedy, those who give way to their own weaknesses (‘pride, excess, the lust for power, inhospitality, treachery, cruelty in war, the desecration of temples’ and, one might add, indifference and resignation) are at least accomplices of the gods in the resulting calamity. This is why for Aristotle to see a virtuous person succumb to an undeserved misfortune is not tragic but shocking. The thesis that Fanon posed decades ago remains relevant, but today the new man seems, alas, to be dead and in need of reinvention. This is not tragic but both frustrating and unsettling. 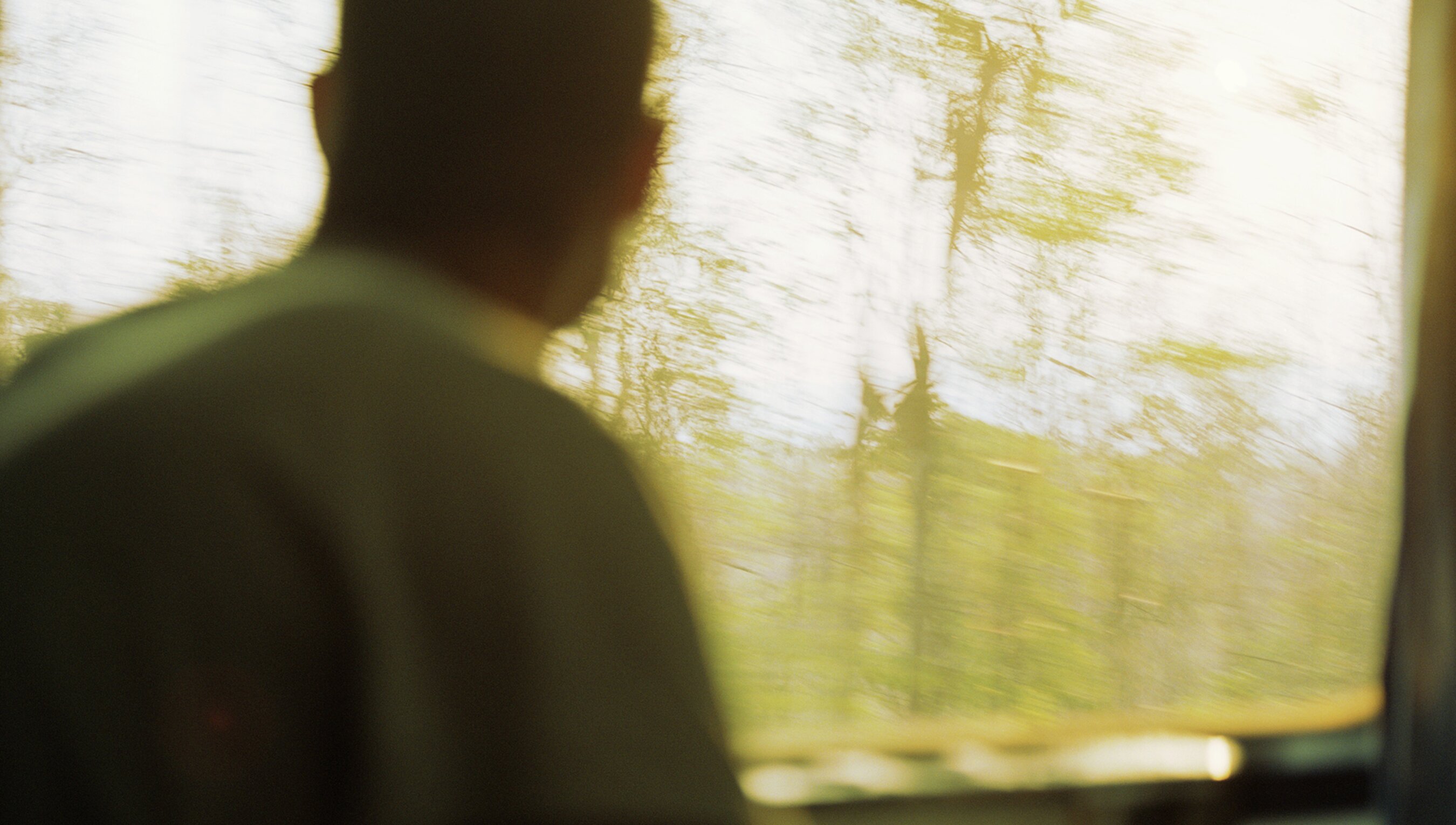