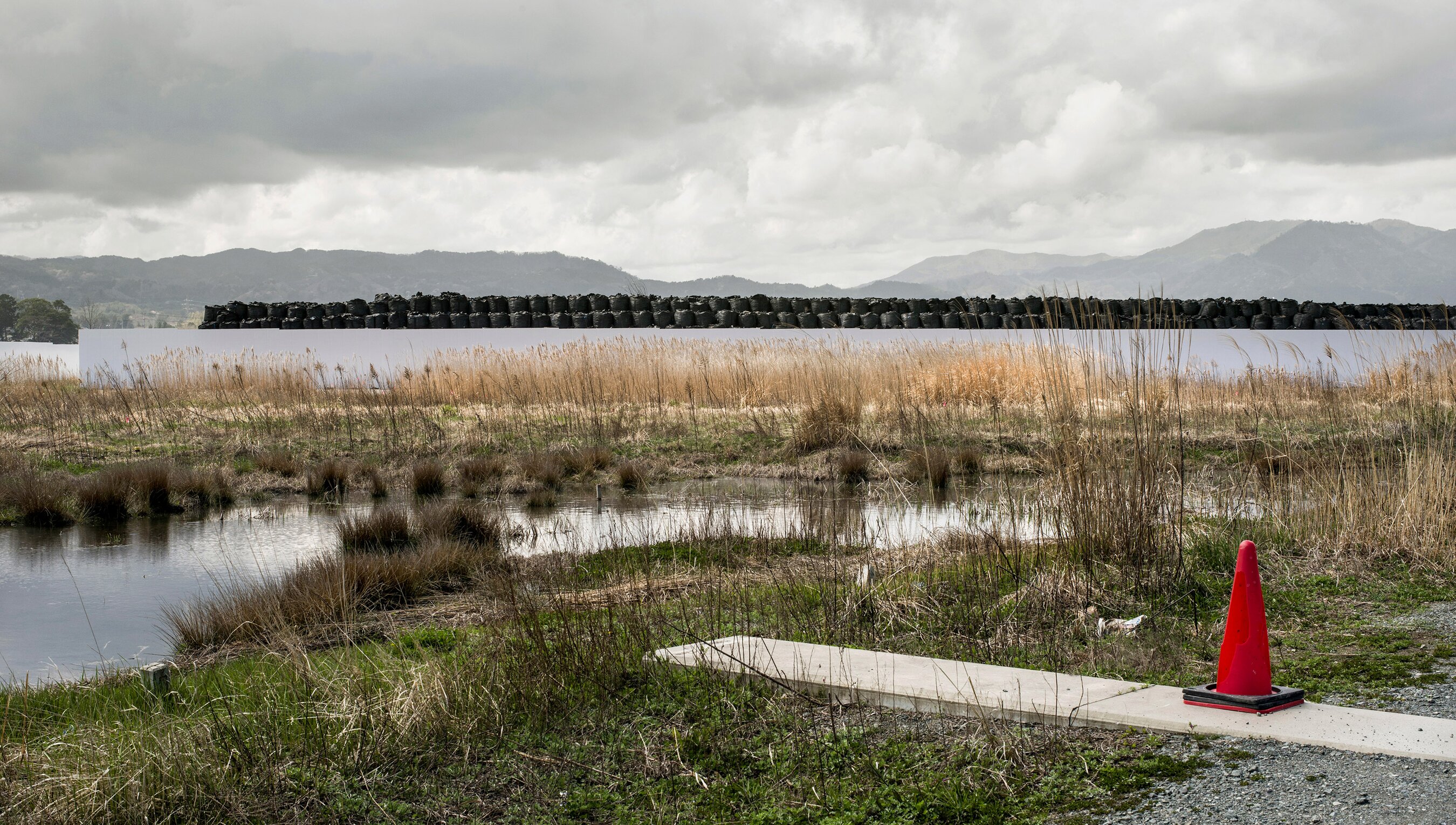 Future generations deserve good ancestors. Will you be one?

is a public philosopher whose books have been published in more than 20 languages. He is the founder of the world’s first Empathy Museum and was also a founding faculty member of The School of Life. He is currently a research fellow of the Long Now Foundation, and his latest book is The Good Ancestor: How to Think Long Term in a Short-Term World (2020). He lives in Oxford.

Humankind has colonised the future. We treat it like a distant colonial outpost devoid of people where we can freely dump ecological degradation, technological risk and nuclear waste – as if nobody will be there.

This resembles the attitude of the British in their colonisation of Australia, which was based on a legal doctrine today known as terra nullius or ‘nobody’s land’, in which the continent was treated as if there were no indigenous people there when they arrived. Our societal attitude today is one of tempus nullius, particularly in high-income countries. The future is seen as ‘nobody’s time’, an unclaimed territory that is equally devoid of inhabitants. Like the distant realms of empire, it is ours for the taking. Just as Indigenous Australians still struggle against the legacy of terra nullius, there is a struggle to be had against the doctrine of tempus nullius.

This is a struggle that I feel acutely aware of, and not just because I have children. I spent nearly a decade as a political scientist studying democracy, and it never once occurred to me that our political systems disenfranchise future generations in the same way that slaves and women were disenfranchised in the past. But that is the reality. Future generations are granted no political rights or representation. Their interests have no influence at the ballot box or in the marketplace. This leaves them vulnerable to multiple long-term threats, from rising sea levels and AI-controlled lethal autonomous weapons to the next pandemic that lies on the horizon, whether naturally occurring or genetically engineered.

Campaigners against slavery in the 18th century drew on a powerful set of arguments to legitimise their cause and give it moral and intellectual firepower. So too I believe that there are three compelling reasons why we should commit ourselves to protecting and promoting the interests of future generations far more than we do now.

The first is an argument I call the Scales, which has its origins in utilitarian philosophy. Imagine a set of scales where everyone who is alive today is on one side, and on the other are all the generations of people who are yet to be born. Assuming there won’t be a mass extinction or dramatic fall in the birth rate, at least in terms of sheer numbers, the current generation is easily outweighed by all those who are likely to succeed us. By one calculation, around 100 billion people have lived and died in the past 50,000 years. But they, together with the 7.8 billion people currently alive, are far outweighed by the estimated 6.75 trillion people who will be born over the next 50,000 years, if this century’s birth rate is maintained (see graphic below). Even in just the next millennium, more than 135 billion people will be born. How could we possibly ignore their wellbeing, and think that our own is of such greater value?

A second argument, the Arrow, comes courtesy of the philosopher Derek Parfitt. In his book Reasons and Persons (1987), he asks us to imagine shooting an arrow into a distant wood, where it wounds someone:

If I should have known that there might be someone in this wood, I am guilty of gross negligence. Because this person is far away, I cannot identify the person whom I harm. But this is no excuse. Nor is it any excuse that this person is far away. We should make the same claims about effects on people who are temporally remote.

To put it another way, if we have an obligation not to plant a bomb on a train that would harm a child now, we have the same obligation not to do so if it was timed to go off in 10 minutes, or 10 days, or even 10 years from now. Or consider the case of high-level radioactive waste. We know that it could be dangerous to people hundreds or even thousands of years from today, but just because they are distant in time doesn’t mean that we should be freely permitted to dump the risk on them. Nuclear waste is like an arrow flying through the woods for centuries or millennia, continually posing a risk to human populations. There is a significant chance that, at some point, the arrow is going to land with devastating effects, just as is the case with the burning of fossil fuels or the poisoning of the oceans. The fewer arrows we fire, the better.

A final argument, which I call the Baton, is based on the Golden Rule: ‘Do unto others as you would have them do unto you.’ This ancient empathic principle can be extended to future generations, so we have a duty not to impose harm or dangerous risks on future people that we wouldn’t be willing to accept ourselves. In other words, do unto future generations as you would have past generations do unto you. Think of it as a Golden Rule passed on from one generation to another – a golden baton.

If we think back to our own forebears, there are many things we might wish they had never passed on to us, from the inheritance of colonial-era racism and patriarchal attitudes that still have a hold in so many countries, to the environmental impacts of an industrial system based on burning hydrocarbons. If we would wish that we hadn’t been left such legacies, then what grounds do we have for passing on technological risk or the ravages of the ecological degradation we have caused to the next generation?

In a more positive sense, we can make sure that we pass on the public health institutions or great works of art and literature that previous generations have bequeathed us. In a story from the Jewish Talmud, a man is asked why he is planting a carob tree that won’t produce fruit within his lifetime. He replies: ‘Just as my ancestors planted for me, I too am planting for my descendants.’ What intergenerational gifts might we leave to the future?

The Scales, the Arrow and the Baton open our minds to respecting the interests of future generations and ensuring their fair treatment in a world where existing political and economic institutions largely ignore them. But what about the claims of the present, or what Martin Luther King Jr in 1967 called ‘the fierce urgency of the now’? There are, for instance, 150 million children currently at risk of malnutrition-related mortality, primarily in developing countries. Shouldn’t they have a greater claim to our attention – and resources?

Should today’s generation give up a little or a lot for their unknown successors? That is to say, exactly how should we weigh up the interests of the current generation in relation to those yet to come? Economists have devised a method for making such temporal judgments, known as discounting. Just as a person appears smaller and smaller the further from us that they stand, so discounting gives smaller and smaller weight to their interests the further in the future that they are. Governments use discount rates to decide whether they will make long-term investments, for instance in a new public hospital or tidal power energy project. The result is that they rarely back projects with long time-horizons as the benefits accruing beyond around 50 years are discounted away and become negligible.

Discounting is almost a pure expression of the colonisation of the future, treating it as virtually empty of inhabitants. In 1928, the mathematical economist Frank Ramsey – the inventor of discounting – declared that discounting the welfare of future generations was ‘ethically indefensible and arises merely from the weakness of the imagination’.

An alternative to the calculus of discounting is to learn from the 3.8 billion years of wisdom that nature has to offer. The way that living organisms have evolved to survive over the long term is to take care of the place that will take care of their offspring. In other words, to live within the biophysical limits of their environment. That’s how everything from owls to otters survive, generation after generation: most animals don’t go around fouling their nest. And it is something that humans have signally failed to do by using resources faster than they can be naturally replenished, and creating more material waste and greenhouse gases than the planet can absorb. If we really care about future generations, we must step out of time to focus on caring about place, as much as extending our temporal horizons. Such thinking resembles what the naturalist Aldo Leopold in A Sand County Almanac (1949) called the ‘land ethic’, which is the idea that ‘a thing is right when it tends to preserve the integrity, the stability, and the beauty of the biotic community’.

The future might be full of uncertainties, but we can rest assured that there is one thing that our descendants will want to inherit from us: a living world in which they can survive and thrive. We must bequeath them the conditions conducive to life itself.

It can be difficult to feel a powerful and visceral connection with future people when we cannot hear their voices, look them in the eye, or even imagine what their lives and struggles might be like. The Māori concept of whakapapa – their word for ‘genealogy’ – could provide the inspiration we need. It is the idea that we are all connected in a great chain of life that links the present back to the generations of the past and forwards to all the generations going on into the future. It so happens that the light is shining on this moment, here and now, and the idea of whakapapa helps us shine the light more widely so we can see everyone throughout the landscape of time. It enables us to recognise that the living, the dead and the unborn are all here in the room with us. And we need to respect their interests and the world they inhabit as much as our own.

By embracing the vision of whakapapa, we could well become the good ancestors that future generations deserve.

The Good Ancestor: How to Think Long Term in a Short-Term World (2020) by Roman Krznaric is published by Penguin Books.

Why parenting books are not really written for the parents