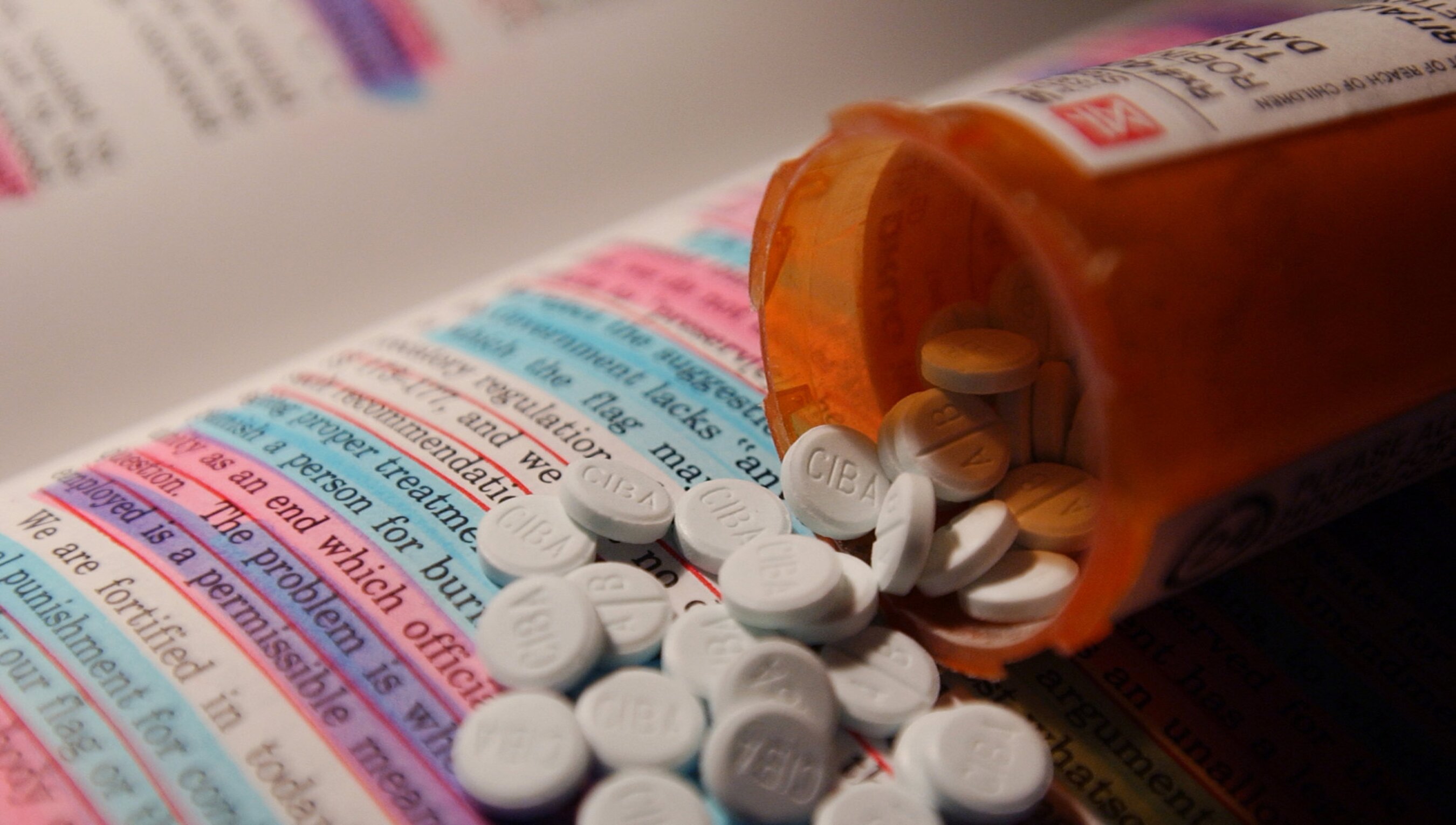 I made professor before Ritalin. Now I can’t work without it

In his song Just like Tom Thumb’s Blues (1965), Bob Dylan whines: ‘I started out on Burgundy but soon hit the harder stuff. Everybody said they’d stand behind me when the game got rough. But the joke was on me, there was nobody even there to call my bluff…’ Substitute ‘Burgundy’ with ‘Ritalin’ and ‘everybody’ with ‘the mental health community’, and you have my predicament with my iatrogenic, or medically induced, dependency on stimulants.

A few years ago, with the beginning of a chronic and untreatable illness in my family, I hit the panic button. I found – or perhaps convinced myself – that I could not take care of tasks at home and concentrate on my work as a professor, administrator and, well… the egoistic chore of keeping my lamp glowing as a writer. So I sought help from our local mental health clinic, and after a long waiting period I finally secured an appointment.

One morning at the height of the COVID-19 era, I opened my screen and anxiously waited for my online therapist. Suddenly, there she was, a thirty-something osteopathic psychiatrist greeting me in a soft and empathic voice. We chatted for about 15 minutes. Enquiries about the medications I was one aside, she barely asked me a question about myself or how I was feeling. Still, I managed to express my acute distress about the situation at home and my inability to focus and function at work.

In less than a half hour, I was given a prescription for methylphenidate, better known as Ritalin. Like Adderall, Ritalin works very quickly and, once I got my mitts on it, I learned that this little pellet would rocket me into a two-hour orbit of calm focus. Being able to think about something other than surgeries, meetings with doctors and the be-clouded future was an immense relief. To be sure, coming down from that temporary sense of peace was a different story. But as long as I had these friendly tablets at my disposal, I could always go back up.

There is a saying in the pharmaceutical world: ‘There are no free rides with drugs.’ Amen. I quickly developed a tolerance and, despite being on the cusp of 70 and having a heart condition, I persuaded my Zoom shaman to increase my dose to the maximum level. Two months later, even that dose was not enough to keep me in my longed-for headspace. My wife, a professor of clinical neuropharmacology, insisted that I developed the tolerance so rapidly because I was a ‘fast metabolizer’ – whatever that meant.

In her recent Aeon essay ‘Why We Crave’ (2022), the Canadian philosopher Zoey Lavallee observed that:

Most drug use does not lead to addiction, even the drugs that are often considered ‘highly addictive’, such as cocaine. One survey in the United States found that 19.4 per cent of people 12 and older reported past-month ‘illicit’ drug use, whereas only 3 per cent qualified for a past-year illicit drug use disorder.

Lavallee wisely suggests that the 3 per cent to whom I belonged mainly consisted of individuals in distress and without other means of self-regulation, of calming themselves down.

Because of my tolerance, within a little over two weeks, my monthly supply of ‘mother’s helpers’ were gone. I could not ask for more and so commenced my sentence of withdrawal. It was hellish. I couldn’t concentrate on television, much less read a book or write an article. A typical philosophy professor, I started wondering. Yes, it is true that there is more to the good life than pleasure. At the same time, the potentially suicidal thought started ticking: is a life devoid of pleasure worth the candle?

Once in thrall to what used to be called ‘pep pills’, I felt dead in the water if given a writing assignment while separated from my 20 mg ‘friend’. I do not use the term ‘friend’ thoughtlessly. Like little kids feeling protected by their teddy bears, some of us develop an emotional attachment to objects we believe will shelter us from a dreaded experience, whether it be drugs or drink. In my case, the dreaded experience was one of being overwhelmed by a level of fear and sadness that would transform me into a veritable zombie.

One afternoon, I was scheduled to give a public lecture to a relatively large audience. I had one Ritalin left but, in my anxiety, I dropped my bottle of meds on a dirty floor. With only a half hour before I went on, I was on all fours trying to find this tiny white pill. My wife came in and asked me what I was doing. I had no trouble explaining and she immediately understood. If I had been unable find the runaway, I might have cancelled the lecture. However, I miraculously spotted the pill, shot it down my gullet, and rushed off to deliver my talk on moral virtues.

Initially, stimulants were used as a treatment for childhood attention deficit disorder (ADD). In the 1970s, it became clear that many adolescents did not grow out of this disorder and, much to the glee of Big Pharma, adult attention-deficit and hyperactivity disorder (ADHD) also became recognised as a common malady. Today, as many as 4.4 per cent of adults in the US have been diagnosed with this disorder, according to some studies. The hope was that stimulants would insulate people with ADD/ADHD from failure, and thereby safeguard their self-confidence and sense of agency.

And even though addiction to stimulants is a widely recognised problem, many people found a magic elixir in these meds while avoiding the snare of dependency. Unfortunately, for me, the experience has been the opposite.

Since joining the pharmaceutical congregation, I began attributing all my successes to the Ritalin, rather than to my own abilities. Instead of helping to maintain my self-confidence during a veritable earthquake in my life, my need for a crutch in pill form radically undermined my faith in myself.

I used to chuckle that, because of their chronic use of cognitively enhancing stimulants, authors such as Jean-Paul Sartre, W H Auden, Oliver Sacks and many others should get an asterisk placed next to their name – like we do for athletes on steroids – on the title pages of their preternatural output of books. Like sports, the world of intellectual and literary endeavour is intensely competitive. So why not asterisks for the hordes of authors who, thanks to money and privilege, are able to make use of what Anjan Chatterjee, a neurologist at the University of Pennsylvania, tabbed ‘cosmetic neurology’ – capsules capable of opening the sluices of inspiration and providing superhuman endurance. Now I was thinking that maybe I also needed an asterisk. After all, much of my work is on moral psychology – how can someone who pops a pill before every writing session preach about the importance of self-control, self-denial and the mettle of being able to tolerate anxiety and depression?

Yes, I know the natural rejoinder. What’s the problem, given my ADD diagnosis? The problem is that there is no definitive test for ADD. Especially amongst students it is common to talk about ADD as though it were a virus you contracted. A syndrome it may be, but it is not like having pneumonia. Either way, how is it that I was able to lecture and write for decades before I got my pharmaceutical wings?

An academic acquaintance confided that she experienced something akin to my tendency to externally attribute whatever success I enjoyed to the drug. A number of years ago, she was going through a crisis and felt as though she needed help keeping her cool for the many lectures she was invited to give. Soon enough, and even though she was widely recognised as a stellar professor, she felt she needed to go to the medicine cabinet just to find the peace of mind to teach an introductory class. In time, she attributed her aplomb and her refulgent teaching not to her abundant abilities but to the magic of benzodiazepines, a widely prescribed and highly addictive family of anti-anxiety medication. Eventually, she checked herself in to a treatment programme. She no longer requires what amounts to a tranquilliser in order to step to the lectern.

For me, there was a peculiar nugget of wisdom in my iatrogenically induced drug dependency and my impulse to externally attribute my ability to function to the drug that had been doled out to me. Many of us so-called rational bipeds find it challenging to integrate our good qualities into our self-conception. Tell someone they look like they put on a few pounds, and you will burn a memory in their brain. Compliment someone for their intelligence, and it will go in one ear and out the other.

During my three-plus decades of teaching, I have taken a few students aside and tried to assure them that despite their less-than-spectacular grades, they possessed an invaluable albeit hard-to-articulate gift: say, a capacity for honesty, compassion or the quality that Aristotle insisted was the foundation of philosophy, a sense of wonder. A smile and a ‘Thanks, doc’ were the usual half-hearted responses to my earnest praise. I know they did not take me seriously enough to integrate my observation into their self-conception.

Listening to Ritalin has been a difficult trek: it has illuminated not only my understanding of the fractures in our mental health system, but also the challenges some of us face in incorporating positive information about ourselves. All this said, the reader would be justified in asking: should the author of this article have an asterisk next to his name? 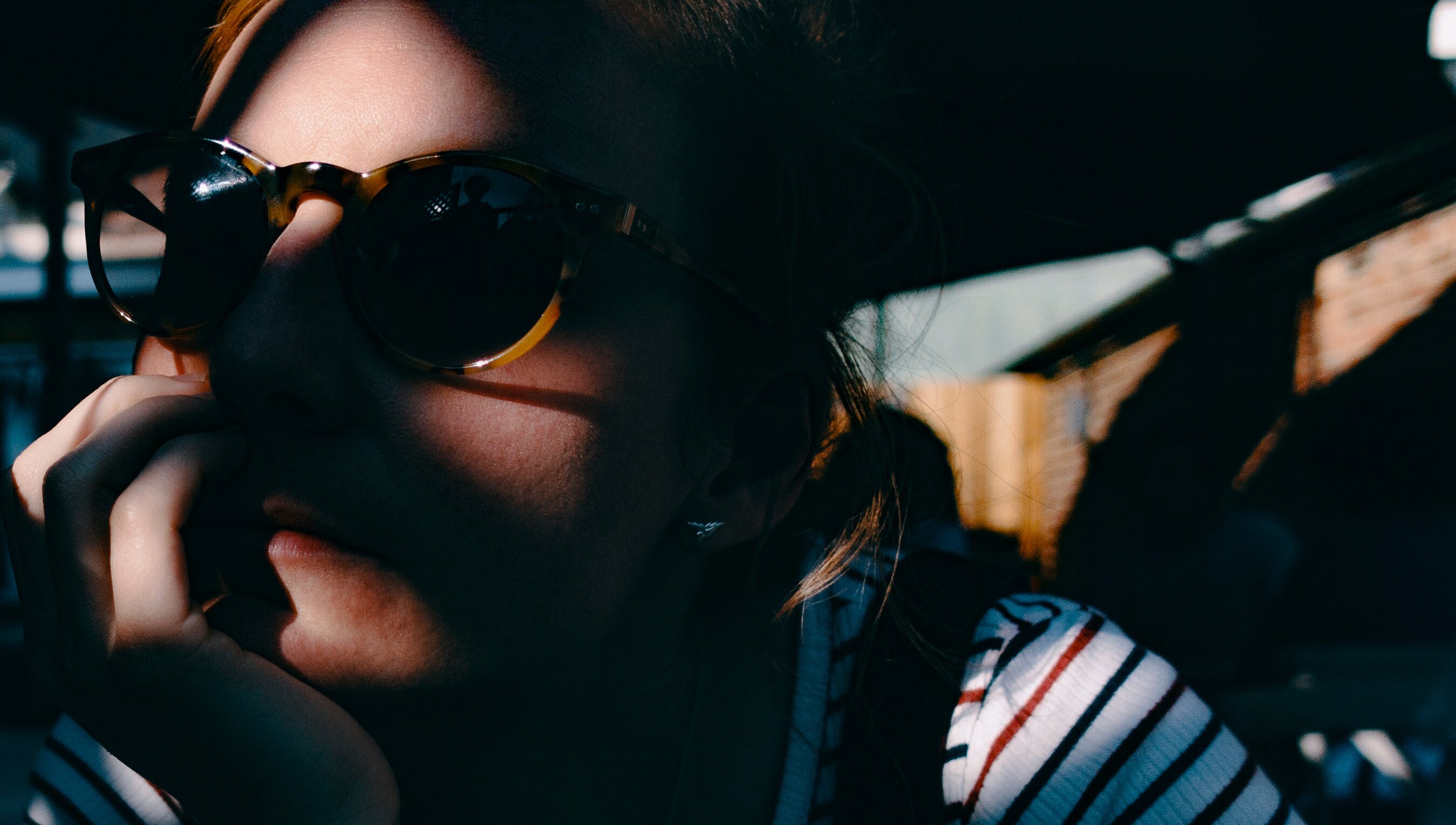