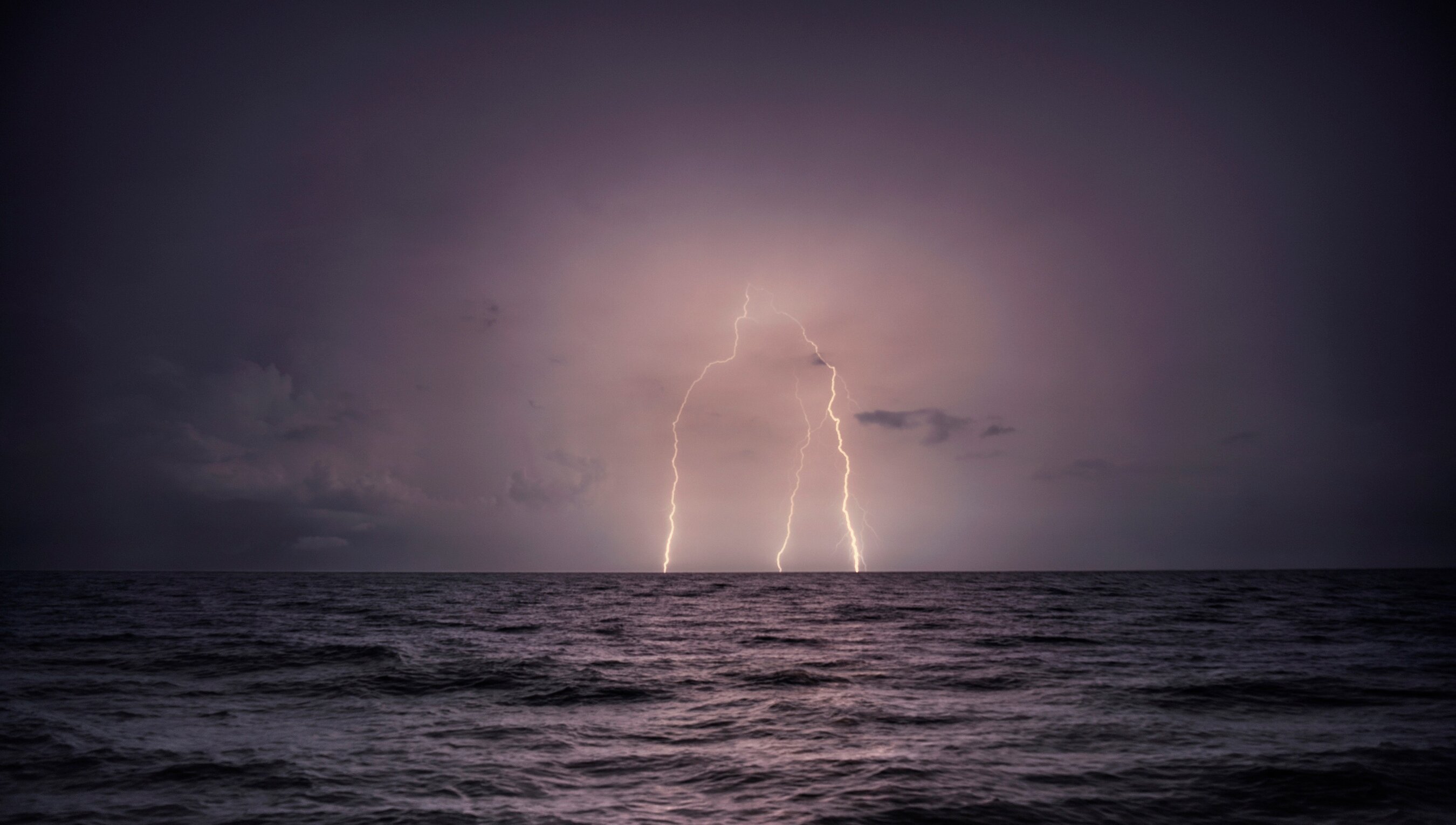 Lightning above the Andaman Sea. Photo by Adam Dean/Panos

Is the sublime a hopelessly old-fashioned Euro-Romantic ideal?

Lightning above the Andaman Sea. Photo by Adam Dean/Panos

teaches philosophy at Gwynedd Mercy University. His books include The Kantian Sublime and the Revelation of Freedom (2009) and The Sublime Reader (2018).

The experience of the sublime is rare and unforgettable. In the presence of the sublime, our jaws drop, our eyebrows rise and goosebumps give us chills. Time itself seems to grind to a halt; the world appears stilled. It is both discomforting and satisfying, both unnerving and invigorating. But, in the end, we want the feeling of the sublime to last. It is an intense emotional experience that involves a sense of uplift before something that is unusually striking.

What could be striking in this way? The stimulus is most often a vast or powerful object, such as a natural wonder or a marvel of architecture: raging storms, soaring cathedrals, ancient ruins, mighty hydroelectric dams. These objects are commonly experienced as menacing in their power, or overwhelming in their magnitude, but when viewed from a safe distance, they become inspiring and uplifting. The trigger for the sublime could be from nature, art or even the world of ideas (such as a grand theory or proof).

It’s a feeling, but it’s also a response to something in the object. The Romantic poet William Wordsworth wrote of ‘the sensation of sublimity’ as ‘a comprehensive awe’. Psychologists refer to the sublime as an awe-like aesthetic emotion. Without the positive affect, there is no experience of the sublime. But even if the sublime has to be felt, it is still a response to something about the object, such as its rare vastness or daunting power. It’s a bit like how colour is both response-dependent and objective at the same time.

Where did the term come from? The sublime began as a rhetorical concept to describe an inspiring style. In the 1st or 3rd century, the author known as Longinus thought that the sublime could be elicited by employing lofty figures of speech or by expressing ‘great thoughts’. He also identified strong and inspired emotion as an origin. From late ancient and medieval aesthetics into the Renaissance, the sublime was often connected to religious experiences.

It was not until modern thinkers such as Edmund Burke and Immanuel Kant that the sublime came into its own as a distinctly aesthetic notion. Burke in 1757 characterised the experience as a kind of ‘delight’ caused by ‘terror’; a kind of pleasing fear. It was a response to power, size, obscurity and darkness. Kant thought that the vast or powerful object elicited a play between imagination and reason. For Arthur Schopenhauer writing in 1818-9, the sublime gives us insight into the Universe as a whole. The experience involved an awareness of the smallness of everyday things, even of life itself. Around this time, the sublime was widely represented in the paintings of Thomas Cole and Caspar David Friedrich, and could be found in Gothic literature such as Mary Shelley’s Frankenstein (1818). More recently, the concept was used in quite different ways to capture ‘postmodern’ ideas. Jean-François Lyotard in 1991 used the sublime to describe how we can represent the ‘unrepresentable’, and Slavoj Žižek still turns to it to describe the ‘negative’ within being: the void.

The triggers of the sublime seem to change over time, but the structure is basic and, perhaps, universal. As the philosopher Paul Crowther puts it in How Pictures Complete Us (2016), the sublime can be instantiated differently under different historical conditions, but ‘the same cognitive structure’ is at issue in each of them. Psychologists view the experience of the sublime as a fundamental (if overlooked) emotion. And the sublime appears to be cross-cultural: descriptions of similar experiences can be found in traditional texts from India, China and Japan.

Today, however, there is an increasing number of scholars who pronounce the sublime dead. These theorists, such as James Elkins, hold that it is a historically antiquated concept, an outdated relic of Western culture. The sublime, they say, is irredeemably bound by its rootedness in 18th- and 19th-century Western thought, in Romanticism. It’s as useful as the concept of, say, phlogiston or aether.

I disagree. I don’t think that we are at risk of no longer feeling the sublime, of becoming like the sea-watchers in the Robert Frost poem who ‘cannot look out far’ and ‘cannot look in deep’. And I don’t think that the sublime is somehow becoming useless or irrelevant. But by taking a closer look at the criticisms levelled against the concept, we will be able to gain a greater understanding of this bizarre and deeply human emotional experience.

Some allege that the concept is too metaphysical. They say that the sublime is about the ineffable, the unknowable, the transcendent. If it’s beyond us, we can’t know it or say anything intelligible about it. And if it’s within our reach, then it’s no longer sublime.

This criticism is on to something. It is hard to have a theory of the ineffable or unknowable, beyond saying that it is, well, unknowable. And there is a certain sense in which the sublime has something to do with ineffability (perhaps this is why it has attracted so much comment). But we can locate the sublime in perfectly tangible objects that appear to be powerful and vast. The object or trigger itself need not be supernatural – indeed, often, it isn’t.

Some charge it is too anthropological, too concerned with human beings. These critics have in mind Stoic and Kantian theories that say that the mind, not nature, is great. According to the 18th-century author John Dennis, the mind has a ‘conscious view of its own excellency’ during sublime experiences. Kant is sometimes interpreted as claiming that the experience must involve explicitly self-directed attention, in which we are aware that our reason surpasses nature.

Thankfully, we need not think of the sublime this way. Schopenhauer was right to emphasise that its experience involves a sense of a diminished self, a kind of self-loss. In the sublime, the mind need not admire its own greatness. Rather, as the philosopher Emily Brady notes, in the sublime we realise our place in the natural world, and this can bring about humility.

Some claim that the concept of the sublime is sexist. Burke associates beauty with women (and lightness) and the sublime with men (and darkness), and so does Kant in one of his early works. The critics also point out a traditional tendency to view nature as feminine and the mind as masculine, so that to say that the mind is superior to nature is to place men over women.

But we need not go that route, either. How I’ve conceived of the sublime has nothing to do with gender or overcoming nature. In addition, there is an interesting, and neglected, body of writings on the sublime by British women in the 18th and 19th centuries. Elizabeth Carter and Helen Maria Williams describe their experiences of the sublime in wonderful detail (the latter felt the sublime in witnessing the French Revolution: ‘The people, sure, the people were the sight!’). If it were true that only men could feel and care about the sublime, this would not be the case. In addition, theorists such as Patricia Yaeger have more recently offered theories of the ‘female sublime’, emphasising multiplicity rather than supremacy and triumphant autonomy.

Some maintain that the sublime is too psychological, a theory about human cognition rather than the Universe. These critics claim that the sublime should instead concern the negative essence of the Universe, the void, not our lived experiences of tangible things such as canyons and hurricanes. As Žižek might argue, the dissolution of the subject/object distinction, the negative tarrying under everything – that is sublime.

My own thinking about the sublime tends to focus on what the naked eye can see, not invisible worlds and parallel multiverses. And while Heisenberg’s uncertainty principle, dark matter or dark energy might be hard to perceive or fully comprehend, I’m not sure they are sublime. Consternation is a real and important human response to the unsettling or ungraspable, but it differs from the thrills-and-chills felt in the sublime. For the sublime, we need more than true physical theories and accurate descriptions of reality. We need emotion.

So the concept of the sublime is still relevant today. It is neither inherently sexist nor overly metaphysical, psychological and anthropological. And the experience of the sublime is still accessible. We should cultivate it: studies suggest that there are psychological benefits to experiencing awe-like emotions such as the sublime. It not only improves our wellbeing, it also helps us get along with each other better, and promotes prosocial feelings, as we feel a ‘smaller self’. In order to reap these benefits, we would need to spend more time with these striking objects and inspiring events (unless we experience them through virtual reality: a new and exciting possibility). We would also need to preserve and protect these creations or natural wonders, many of which are in museums or natural parks, or are themselves world heritage sites. The sublime provides yet another reason to take care of the marvels of nature and of our global cultural inheritance.