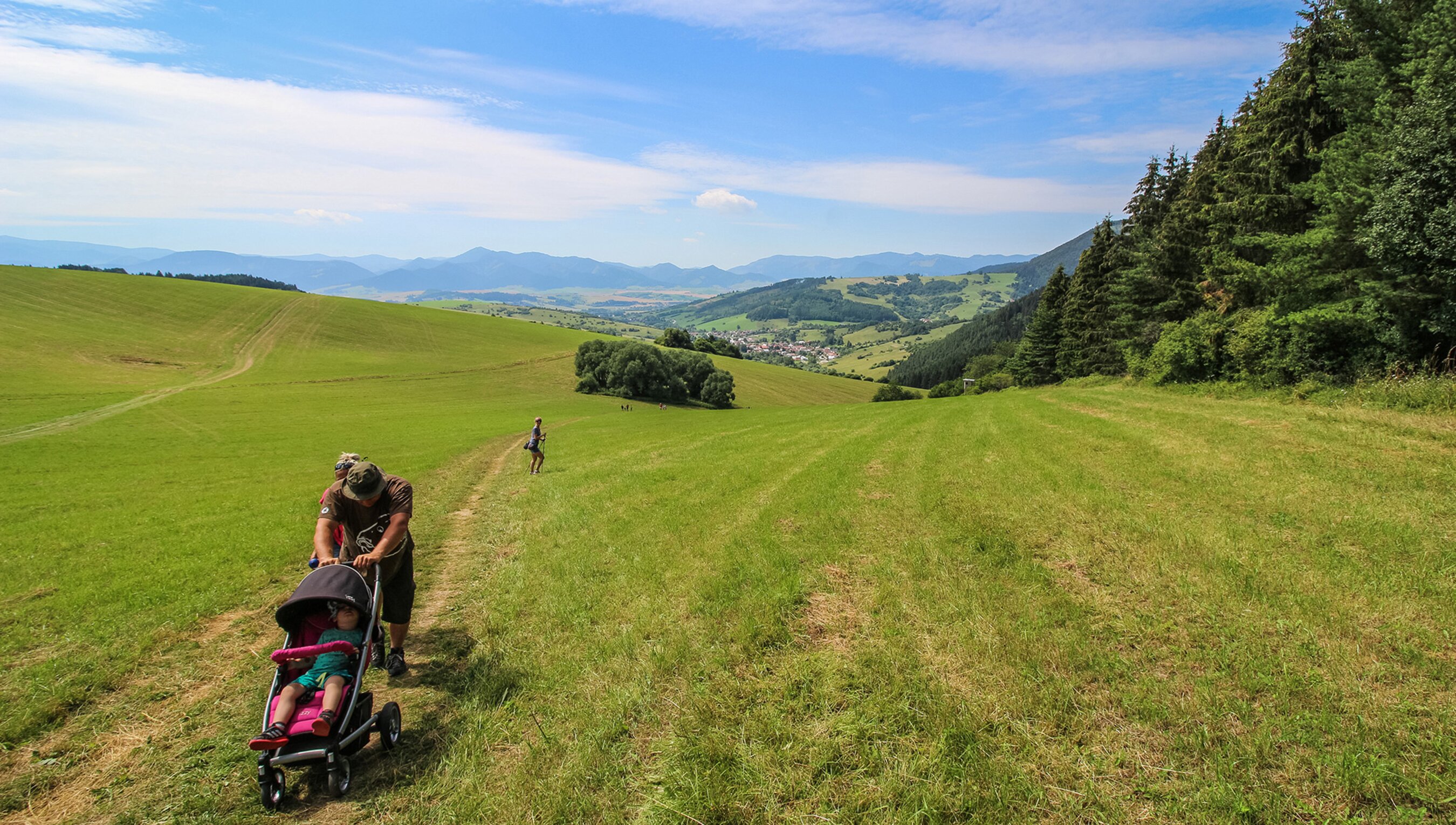 is an associate professor at College of Charleston in South Carolina. She teaches undergraduate and graduate courses in interpersonal and family communication, narrative, and identity.

is an assistant professor in interpersonal and organisational communication at the University of Utah.

The idea that parents could regret their children is inescapably taboo. In an era of baby worship, it’s cross-culturally ingrained and glorified that all individuals, especially women, should want to have children. The popular ideology of ‘pronatalism’ promotes the idea that becoming a parent is the ultimate source of human fulfilment. Wishing to undo or redo parenthood is therefore unspeakable, a rejection of a person’s most natural and sacred role.

Yet parents sometimes do have regrets about their children. Really, this shouldn’t be surprising. Regret is a common, fundamental human experience – an emotional and cognitive state characterised by counterfactual thinking about actions taken or not taken. We have the sophisticated capacity to imagine that, if a decision had been made differently, things might have turned out better, and we do this often. It’s only natural, then, that some parents will experience some degree of regret about having children. Parenthood can certainly afford many rewards, but it’s also exhausting and life-changing, with many psychological, relational and emotional costs.

This experience of parental regret deserves attention, and yet there are few studies on the topic, and those few focus on mothers. As researchers interested in identity and parenthood, we noticed the silence surrounding regret, and we wanted to better understand how parents – both mothers and fathers – experience this emotion. By starting this conversation, parents experiencing regret might ultimately feel better supported and less alone.

To do this, we investigated how parents communicate regrets about having children in a naturalistic context: Reddit. This is a global online community where users create ‘subreddits’ to discuss a wide variety of topics. This format allows people to anonymously express thoughts and emotions that aren’t considered appropriate in everyday interactions – and therefore gives us insight into the complexities and nuances of how parental regret is experienced and understood.

We searched for subreddits on the topic of parental regret, and analysed 286 posts that indicated or implied regret. Specifically, users either stated that they felt regret about having children, missed something about their pre-parenthood life, or wished for something different in relation to having children. Of the 286 posts, we identified that 107 users were mothers and 95 were fathers; 84 were of unknown gender.

This kind of regret is complicated and rife with contradictions: having your child with someone else would have resulted in a completely different child

We found that regrets about parenthood fall into one of two categories. The first is that parents regret the circumstances associated with having children. If they could go back in time, they wouldn’t avoid having children altogether, but they would change some aspects of the context in which it happened. Timing, for example, is a common issue. For some parents, waiting longer to have children would have been better – they describe how they would have liked more money, or more time to travel or advance their career first. As one mother wrote: ‘I wanted to be more established in [my career] before I went into mommy-mode.’ Others wish they’d had children sooner, believing that they would be younger and better able to confront the physically draining early years of parenting with more energy.

Other parents wanted to change the number of children they had. Some wished they’d had more, while others explained how the stress brought on by managing the financial and emotional needs of multiple children spread them too thin and caused regret. This can wax and wane over time: as the sleep-deprived early years end, some parents said the regret ended too. As one mother wrote: ‘Sometimes I regretted that I had so many, four total and two were twins, but I felt that more when they were young. Now that all of my kids are adults, I have no regrets.’ For others, though, this concern lasted more long-term.

For some parents, the issue was about who they’d had their children with. One mother commented: ‘I don’t regret her, but I regret the situation involved. My daughter has no family, really, besides me. She will never have a father … I hate my ex-husband so much for rejecting her.’ This kind of regret is complicated and rife with contradictions: having your child with someone else would have resulted in a completely different child. Our imagined alternatives are not simple substitutions, but radically different lives.

There was also a broader concern about the world in which people had become parents. Parental nostalgia of the safe and pleasant upbringing of their own childhood contrasts with the perceived dangerous and cruel state of today’s world. As one mother commented: ‘The only regret I had about having kids was after September 11 when I realised that my kids would grow up in a world that was much more terrifying than I could have ever imagined.’

When parents regret the circumstances associated with having children, they might miss aspects of their old life – the ability to sleep in on the weekends, travel more freely or pursue more hobbies – and they might resent aspects of their new life, such as their reduced income or having to deal with their ex. But they don’t regret the children themselves. These parents say that the regrets they feel are outweighed by the fulfilment that their children have brought, describing, for example, the ‘wonder and amazement’ of re-experiencing childhood through your children’s eyes. Circumstantial regret is the type of regret we can more acceptably voice to others.

The second category of regret is harder for parents to admit. It is this type of regret that made one Reddit user write: ‘I can NEVER say these things out loud, and never will.’ This is about parents regretting having children altogether – when parents feel that, if they could go back in time, they wouldn’t have children again.

Some people associate parenthood with extreme loss, especially mothers. They regret the expectation to be devoted to children at the expense of all else and the mundanity of daily roles. One Reddit user said: ‘I would turn back the clock in a heartbeat. I find parenthood or specifically motherhood unfulfilling and intellectually demeaning … I am not really mother material … I resent the “have to” parts of being a mom …’

Others see themselves as bad parents. Often, they feel their own physical or mental health issues mean that they’re unable to fulfil all that the parental role entails. This makes them regret becoming a parent, because they see their failure to be a ‘good’ parent as a moral failing. As one father commented: ‘[My son is] wonderful but I completely regret having him only because I’m unemployed, 25, and have struggled with intense depression for the past decade. In other words, I’m simply a shitty individual.’

Many – but not all – of these parents distinguish love for their child from regret, emphasising that they love their children and regret them in parallel. Sometimes, they simultaneously love yet dislike their children. One father said: ‘While I love my two kids dearly and would walk through fire or take a bullet for them, if I had my time over, I wouldn’t have had them.’ He explained: ‘I actually don’t like my daughter at all … I don’t like her personality … She is the kind of person I hate … Extremely pretentious young lady.’

While rare, there were other regretful parents who didn’t love their children. One father commented: ‘I felt nothing for the child, it was like an object to me.’ Some Reddit users reported giving up custody of and/or visitation rights with their children, the most explicit rejection of the parenting role in our study. Because there’s so little research on this topic, it’s not clear what the impact of this serious parental regret might be on children themselves, but we know at least that parents who feel overwhelming exhaustion about their parental role are more likely to be neglectful and abusive toward their children. To better protect both parents and children, it’s vital that the topic of extreme parental regret comes out of the shadows.

But even when children are well loved and cared for, it’s important to understand what leads parents to feel regret. One possibility is simply that parenting can be extremely hard, and involves a fundamental shift in a person’s freedom, identity and circumstances. With such a lifestyle change, it’s natural that people feel some degree of regret – even to the point of feeling that they shouldn’t have become parents. But it’s also possible that some regret having children because they never wanted them in the first place: they might have become pregnant unintentionally or felt pressured or coerced into having children. One father in our study commented: ‘I never wanted kids, ever, and was very clear about this with my (now ex) wife from the day we met … Sometime later, my wife unexpectedly fell pregnant. She’s always said it was a surprise … I’m not convinced, but I’ve never been able to prove anything.’

Some small steps could be taken to address the shame of parental regret. First, we need to allow room in society for people to say no to parenthood in the first place, especially for women. Doing so would allow the dominant stance of pronatalism to be questioned, and would help reduce the stigma around being voluntarily childfree. But we also need to normalise parental regret as a common and understandable reaction to a significant life event, which would allow people to feel less alone. Of course, if regret becomes so extreme that a child is no longer safe, it becomes a child protection matter. But for parents who continue to parent well in spite of their sense of regret, the guilt and shame surrounding this feeling will only silence them and make matters worse. To improve circumstances for both parents and children, society needs to openly discuss parental regret – and not just with the protection of online anonymity.