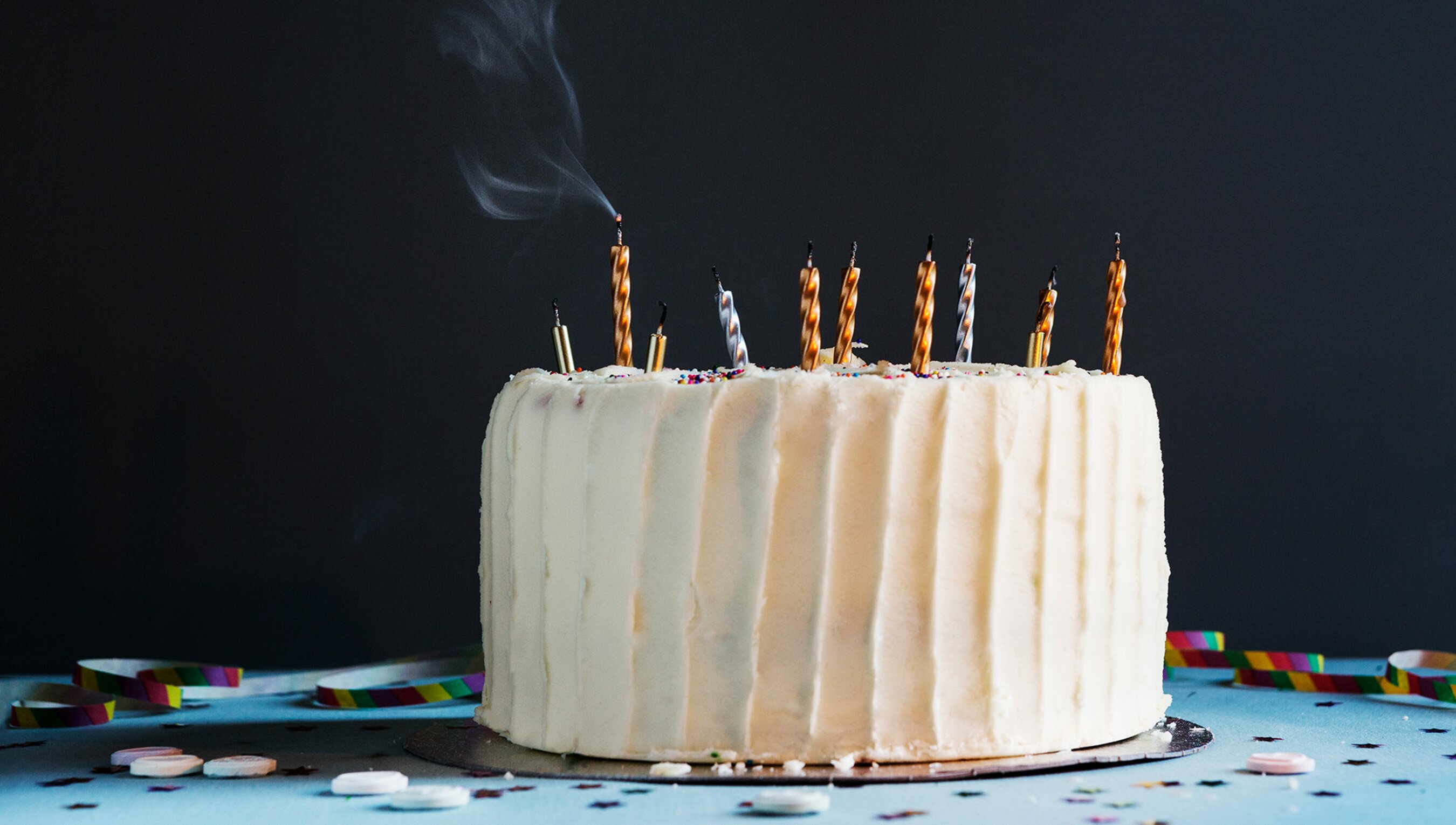 Knowing your true age requires more than a swab and calendar

is associate professor and chair in the Department of Philosophy at the University of Denver. He is the author of Black Boxes: How Science Turns Ignorance into Knowledge (2021).

Let’s start with a simple question: how old are you? Easy, you may think. The answer can be expressed in years and made more precise, if need be, by adding months, weeks, days or seconds. A friend of mine once set up a screensaver on their computer displaying their age in real time, down to tiny fractions of seconds. Personally, I’ve always found such vivid, detailed reminders of the march of time stressful. But the underlying idea is intuitive: those ciphers express the temporal units that have elapsed since the instant you were born.

Admittedly, the exact calculation will be somewhat vague. When does the clock start ticking? When your head pops out? When the umbilical cord is severed? After your first autonomous breath? Still, setting unnecessary complications aside, the point is straightforward: age corresponds to time since birth, as accurately reported on all documents and official records. That’s all there is to that. But is it so?

Recently, researchers have measured the age of cells in organisms such as mice and humans. Adult organs are constituted by what we might call ‘biological gears ’ that differ radically in age. Expected cytological longevity ranges from three or four days, as in the case of epithelial intestinal cells, to the entire lifespan of the animal, as with several neurons or cardiomyocytes (heart muscle cells).

This phenomenon, known as age mosaicism, raises intriguing puzzles. The common idea that age is simply determined by going back to the moment of birth is based on the presupposition that the entire organism was born at the same time. After all, most of us would balk at a liquor store’s argument that port is sold as vintage 1970s because some of the wine in the bottle comes from grapes picked in the 1970s. And yet age mosaicism suggests that something along these lines is happening with creatures like us. If some parts of a human being were born in the 1970s, some in the 1990s, and some in the 2020s, how do we determine the age of the person as a whole?

Some wines improve immensely over time; others become utterly undrinkable

The challenge is to provide a coherent measure of the overall biological age of an entity, compatible with the observation that biological components of the same individual vary wildly in their age, and rates of ageing. Which measurements should be favoured, and why? The concept of age is less clear than it initially appeared.

To appreciate what’s going on, it is useful to introduce two familiar concepts. Nobody should be shocked to hear that two organisms or, more generally, two objects, may have spent an identical number of days in this vale of tears while ageing in qualitatively different ways. Some wines improve immensely over time; others become utterly undrinkable. Ryan Gosling and Macaulay Culkin were both born in 1980, but they haven’t necessarily aged the same. These truisms are captured by drawing a distinction between chronological age, which roughly corresponds to the passing of time, and biological age, which is the effect of time on entities. Incidentally, this nomenclature is misleading, as there is nothing intrinsically ‘biological’ about biological age – the concept applies indistinctly to systems of organic and inorganic ilk. The potential discrepancy between chronological and biological age is old news. What makes age mosaicism intriguing and puzzling is its challenge to our ordinary concepts of age – chronological and biological alike.

Without chronological age, talk of biological age becomes meaningless too, since, to compare how two organisms or objects have aged, we need to know their age. And now, all of a sudden, we can no longer talk about overall ‘age’, especially in terms of a simple number or uniform value. Have we taken a wrong turn somewhere down the road?

Promising as this solution may appear at first, a little reflection reveals that it is a non-starter. First and foremost, averaging cell lifespan would make the determination of age extremely complicated and highly impractical. More seriously, any numerical quantification along these lines is gibberish. Consider two bottles of wine. The first is filled with 50 per cent 1970s vintage and 50 per cent 2010s vintage. The second is all from the 1990s. Averaging component lifespans suggests that the two bottles have exactly the same chronological age, which then becomes the first step in determining their biological age. But what warrants that inference? Along the same lines, there’s simply no guarantee that averaging the lifespan of, say, neurons, red blood cells and myocytes yields any meaningful value as it pertains to an individual as a whole.

Age is a multifaceted notion spread along several dimensions

My proposal is straightforward. If physical time won’t do, then age – of both biological and chronological ilk – requires biological time. We need a common substratum to compare and add up the several subprocesses and generate an overall biological measure that applies to organisms as a whole.

What would this ‘biological time’ look like? In what ways could the time intrinsic to an organism depart from the time measured by a clock? While a comprehensive discussion would require delving into technicalities that transcend the purview of this Idea, let me mention one existing proposal that could serve as a springboard for future discussion.

Over the past few years, it has become common to characterise the process of ageing in terms of entropy. As every beginning student of physics knows, entropy can be used to measure and quantify the degree of order and chaos present within a system. The higher the entropy, the more chaotic and disorganised the system becomes. Now, since physical systems, left to their own devices, spontaneously shift from more ordered to less ordered states, we can take the death of a living organism to coincide with its highest entropic state and, conversely, identify birth with its point of lowest entropy. With this in mind, we can keep track of the passage of time (chronological age) and its effect on an organism (biological age) in terms of shifts in entropy levels. But since entropic shifts need not correspond to the linear progression of physical time, could they correspond to a notion of biological time?

Adjudicating this solution, and pitching it against potential alternatives, lies beyond our present purposes. My conclusion is more basic. We tend to view age as a straightforward, unproblematic concept that merely requires us to keep track of the passage of time. Age mosaicism reveals that this commonsensical truism may well be misleading. Instead, age is a multifaceted notion spread along several dimensions. But chronological age requires biological time. And biological age requires biological time. The questions are where to find it and what could we do with it?

Let me wrap things up on a more speculative note. Suppose that in the future, near or far, we find a way to provide a conceptualisation and an objective measure of biological time. Perhaps entropy ends up being the solution, or some other strategy proves more successful – it doesn’t make a difference for our present purposes. Would this matter? Could it make a concrete difference to our lives? Absolutely. In essence, biological time is the key to understanding where we stand in the journey of life, while chronological age is merely a useful proxy, a placeholder for something deeper, for a more accurate gauge of how our bodies and minds are weathering the passage of time.

At the end of the day, it is biological age that really matters to us. It holds the key to our wellness, chances for a long and healthy life, plans for the future, and all our hopes and dreams. But this information may well turn out to be a double-edged sword. With luck, your biological age will be younger than chronologically younger friends, family members, celebrities or mere acquaintances. But the converse could also happen. You may discover that you are biologically older than chronologically older people. So, if one day the key to biological time finally became available to us all, would you really want to know it?

The body and physical healthAgeingThinkers and theories
2 March 2022